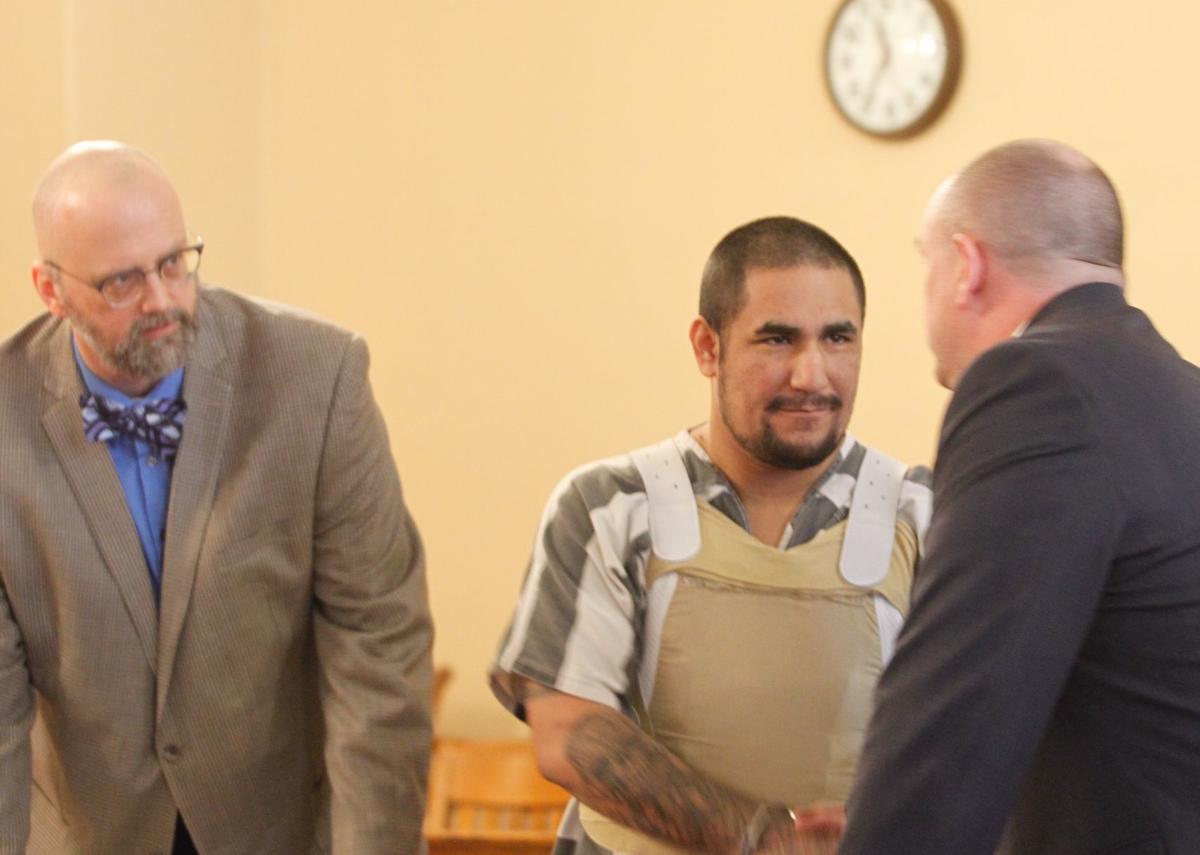 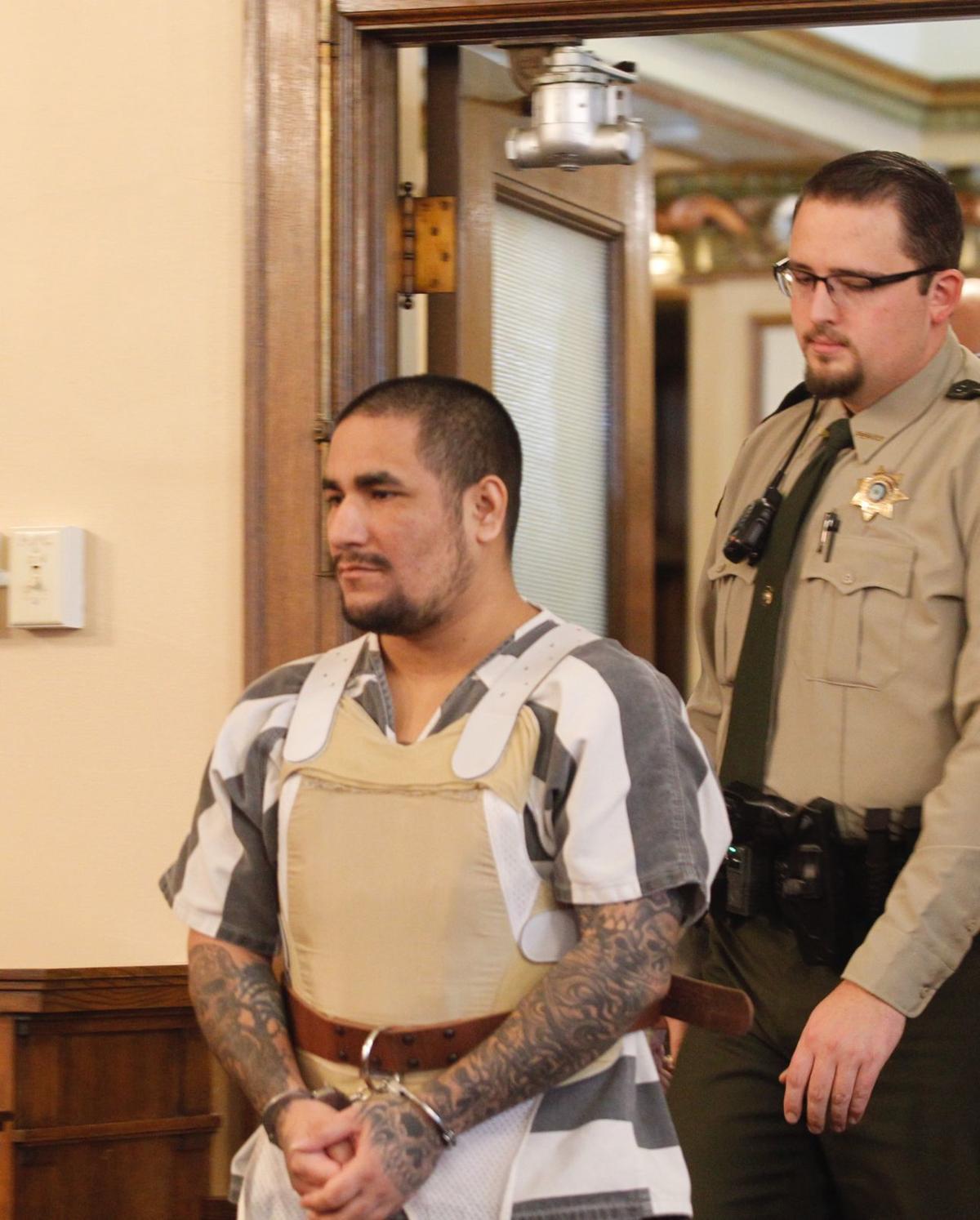 Zachary Koehn, left, enters the courtroom for sentencing on Tuesday.

NEW HAMPTON — Clad in jail stripes and a ballistics vest, Zachary Paul Koehn remained silent Tuesday when given the chance to comment moments before he was sentenced to life in prison for his son’s death from neglect.

The life sentence without parole is mandatory under Iowa law for Koehn’s first-degree murder charge, so prosecutors and defense attorneys didn’t put up any argument for or against the punishment.

And other relatives of the victim, 4-month-old Sterling Koehn, didn’t attend the hearing.

“This is a mandatory sentence. There’s not much more that needs to be said. There are no victim impact statements or anyone else to speak on behalf of the child,” said Assistant Iowa Attorney General Denise Timmins who prosecuted Koehn and is scheduled to return to court in January to prosecute Sterling’s mother, 21-year-old Cheyanne Harris.

Sterling was found dead in a swing seat in the couple’s Alta Vista apartment in August 2017. Doctors said Sterling died of dehydration, malnutrition and infection from diaper rash the ruptured his skin. An entomologist said maggots found in the baby’s diaper indicated it hadn’t been changed in more than a week.

Koehn took the stand at trial in November and told jurors Harris was Sterling’s primary caregiver because he worked third shift driving trucks. He said he didn’t change diapers because the odor made him sick and occasionally fed Sterling but didn’t know that the baby was in distress.

Tuesday’s sentencing came after Stochl turned down Koehn’s request for a new trial. Defense attorney Steven Drahozal argued that evidence didn’t back the murder charge because there were no actions Koehn took that led to the child’s death.

Timmins countered that there was no way Koehn could have been unaware of his son’s condition because he and Harris lived in the same small apartment, and Koehn admitted to entering the baby’s room during the child’s last days.

“Every action the defendant chose to do in that apartment that did not involve caring for (Sterling) was a choice, an act, which lead to (Sterling’s) death,” Timmins argued in a motion challenging the defense’s new trial request. “Choosing to let your child slowly die a painful death is no less unlawful than beating your child’s head against a wall until the child dies.”

Harris’ trial scheduled to begin Jan. 29 in Le Mars. Her attorneys have filed notice that she may use diminished capacity or intoxication defenses at trial, and a psychologist testified at Koehn’s trial that Harris may have been suffering from post-partum depression.

Zachary Koehn, left, enters the courtroom for sentencing on Tuesday. 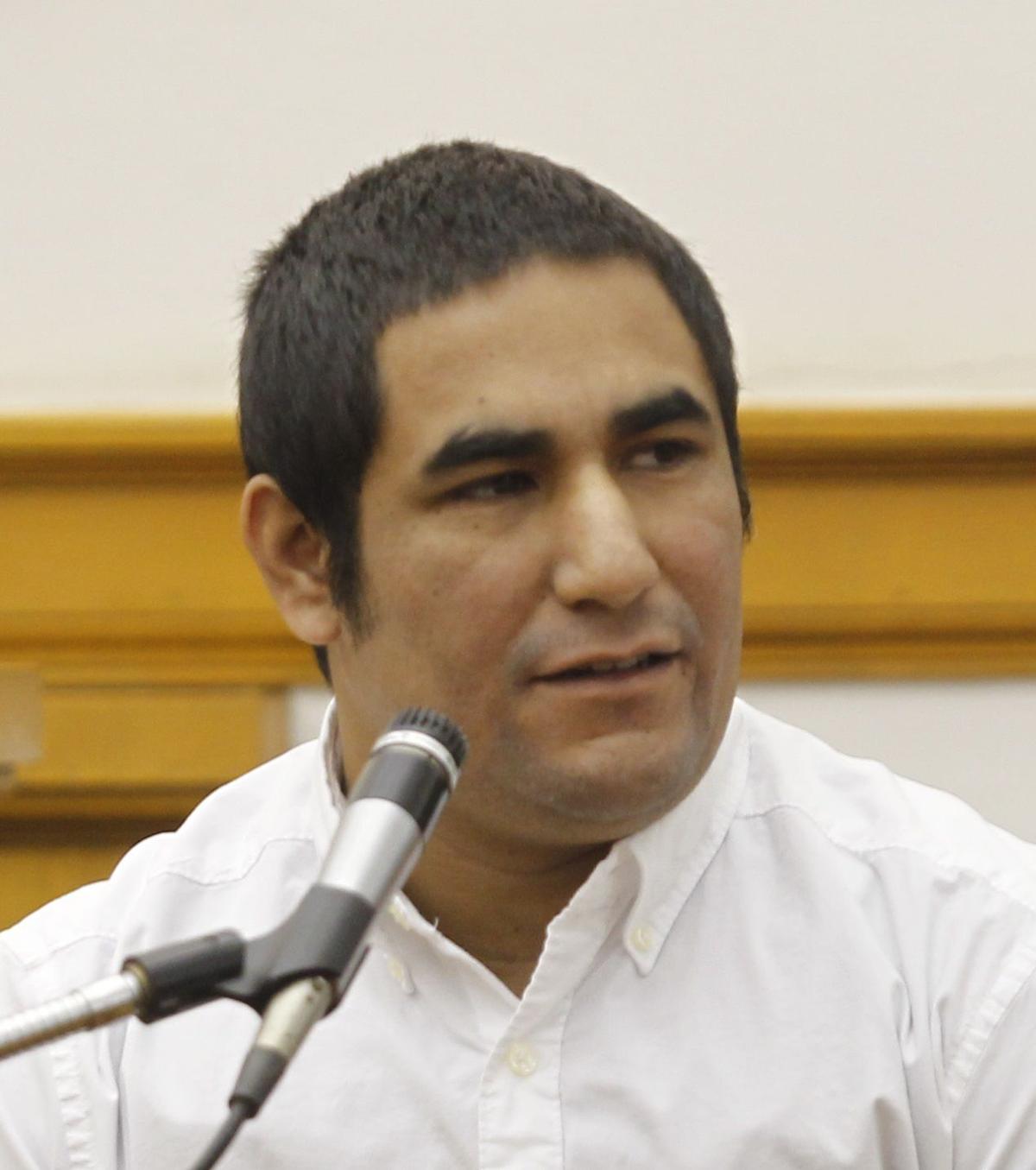