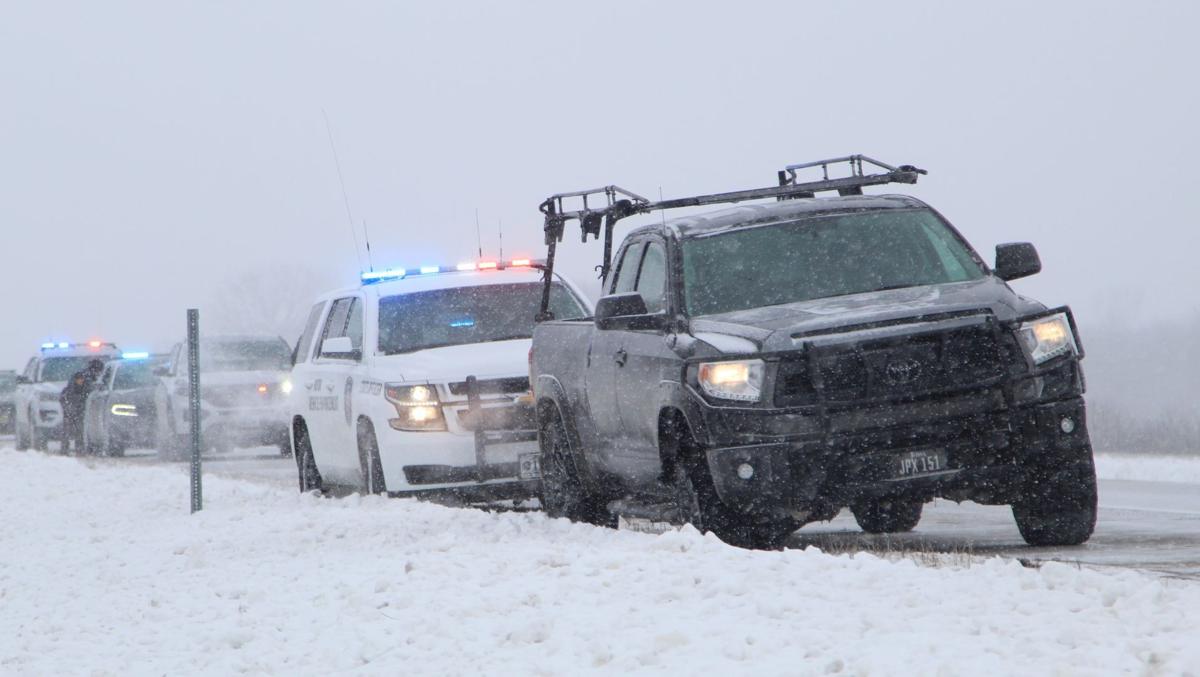 Law enforcement officers stopped a truck after a high-speed chase through two counties on Thursday, Feb. 11, 2021. 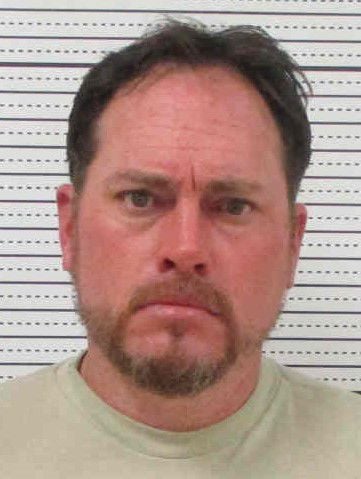 WATERLOO – A Westgate man who led officers on a chase through two counties during a snow storm Thursday has been charged with burglary.

Authorities were looking for Bryan Lee Rodas, 43, in connection with a Thursday morning burglary at his own home where several firearms were removed, according to the Fayette County Sheriff’s Office.

Court records show Rodas is awaiting trial on felony domestic assault with strangulation and obstruction of emergency communications charges in connection with a Feb. 6 incident at his house. On Thursday, he allegedly showed up at the residence in violation of a restraining order, removed several firearms from a safe in the garage and left, according to court records.

Officers later noticed Rodas in his pickup truck in the parking lot of the Isle Hotel Casino in Waterloo. When officers attempted to approach him, he drove off, heading east on Highway 20. The pursuit continued into Buchanan County at speeds of up to 95 mph and came to an end with the help of Stop Sticks just east of Independence.

Rodas was detained, and officers found meth, cash, two handguns, a bolt-cation rifle, three shotguns and a .22-caliber rifle in the vehicle, according to the Sheriff’s Office. Rodas was charged with first-degree burglary, stalking, possession of meth and two counts of violation of a restraining order.

He was also charged with operating while intoxicated and eluding after authorities determined he had been using marijuana, according to court records.

Officers first tried to stop the vehicle in the area of Shaulis Road in Waterloo.

WATERLOO --- A Waterloo man has been arrested for allegedly leading police on a high-speed chase through a neighborhood in June.

Man arrested for stealing truck from Cedar Falls, crashing it during chase

A Manchester man has been arrested for allegedly stealing a pickup truck from Cedar Falls and crashing it during a two-state pursuit.

Waverly firefighters were called to the scene at the Fourth Street Plaza strip mall around 9 a.m.

WATERLOO -- Police are investigating an early Saturday morning shooting from a vehicle in a Waterloo neighborhood.

One detained in chase through Waterloo, Cedar Falls

A Waterloo man has been arrested following an early morning chase that ended with a crash in Cedar Falls.

A Cedar Falls man who led police on a high-speed chase last year has been sentenced seven years in federal prison.

A Waterloo man who led sheriff's deputies on a chase in February has been arrested in connection with a methamphetamine trafficking investigation.

Police are looking for a driver following a chase with a stolen vehicle early Wednesday.

Police allege he said he wanted to shoot his disabled adult stepdaughter during an argument and then retrieved a shotgun from a closet.

Law enforcement officers stopped a truck after a high-speed chase through two counties on Thursday, Feb. 11, 2021.