Texans vs. Lions: Follow the latest scores and update from Thanksgiving day football

WATERLOO — A Waterloo couple will spend a decade behind bars for setting up 16-year-old girls from Chicago with adult men for prostitution in 2016.

U.S. District Court Judge Leonard Strand on Tuesday said he found the nature of the offense “disturbing” and struggled to understand the light sentences hammered out in plea agreements for Lawrence Campbell Jr., 37, and Sade Desire Campbell, 25, who had pleaded guilty to sex trafficking of children.

Instead, the two reached plea agreements for 10 years each, the minimum allowed by law.

Authorities said Lawrence Campbell met one of the teens online and brought her, a friend and her infant child to Waterloo in August 2016. Once in Iowa, photos of the teens were taken and used in advertisements on BackPage.com, and they were taken to hotels and a home to meet men.

Prosecutor Timothy Duax said there could have been difficulties with the victims testifying had the matter gone to trial. He noted the Campbells’ crime was relatively short-lived — lasting only a few days before it fell apart when the teens were caught shoplifting at Target.

The scheme also lacked any violence, threats or drugs often found in similar crimes, Duax said. He said the sentences are reasonable.

“It sends a message this is a serious offense,” Duax said.

He had met one of the girls through Tagged.com, and then bought them bus tickets. Keiper noted Tagged.com indicates the website is only for people 18 and older, and the girl indicated she was 19.

“He did not intentionally recruit or initially set out to bring minors to his home. Once he met them and had a chance to observe them he obviously made the wrong choice and that is why he (pleaded) guilty,” Keiper wrote in a memo before Tuesday’s sentencing.

She also noted a man who had sexual contact with the teens was never arrested.

Sade Campbell’s attorney, Clemens Erdahl, said the husband was in control of the scheme.

“She was under the thralls of her husband,” Erdahl said. He said his client had been involved in prostitution herself.

Court records show Sade Campbell received a deferred judgment in an April 2015 prostitution sting, and prosecutors in state court sought to revoke her probation when she was arrested for trafficking the teens.

Sade Campbell’s prison time will run consecutive with any time handed down in the pending probation revocation.

Strand also declined to impose supervised release conditions that would have prevented the two from coming into contact with children without prior permission. This move came after Lawrence Campbell’s defense attorney argued they weren’t needed because he didn’t have sexual contact with the teens and doesn’t have a sexual interest in children.

Both Lawrence and Sade Campbell apologized to the court.

The teens weren’t in court and declined to submit written statements to be considered at sentencing.

WATERLOO — While her high school friends were enjoying the summer of 1992, Heather Rios was living a nightmare.

WATERLOO – A Waterloo couple has pleaded to charges they brought two teens from Chicago to Waterloo to engage in sex for money.

WATERLOO -- A Waterloo couple accused of luring Chicago-area teens to Iowa to work in the sex trade has been indicted on federal charges.

A Waterloo sex offender has been arrested after she moved without notifying authorities. 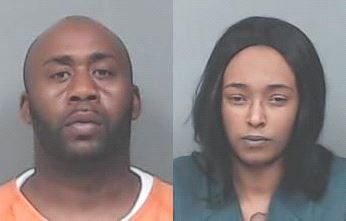 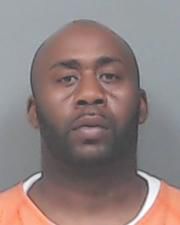 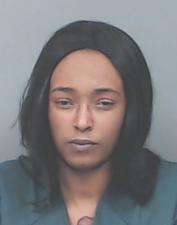