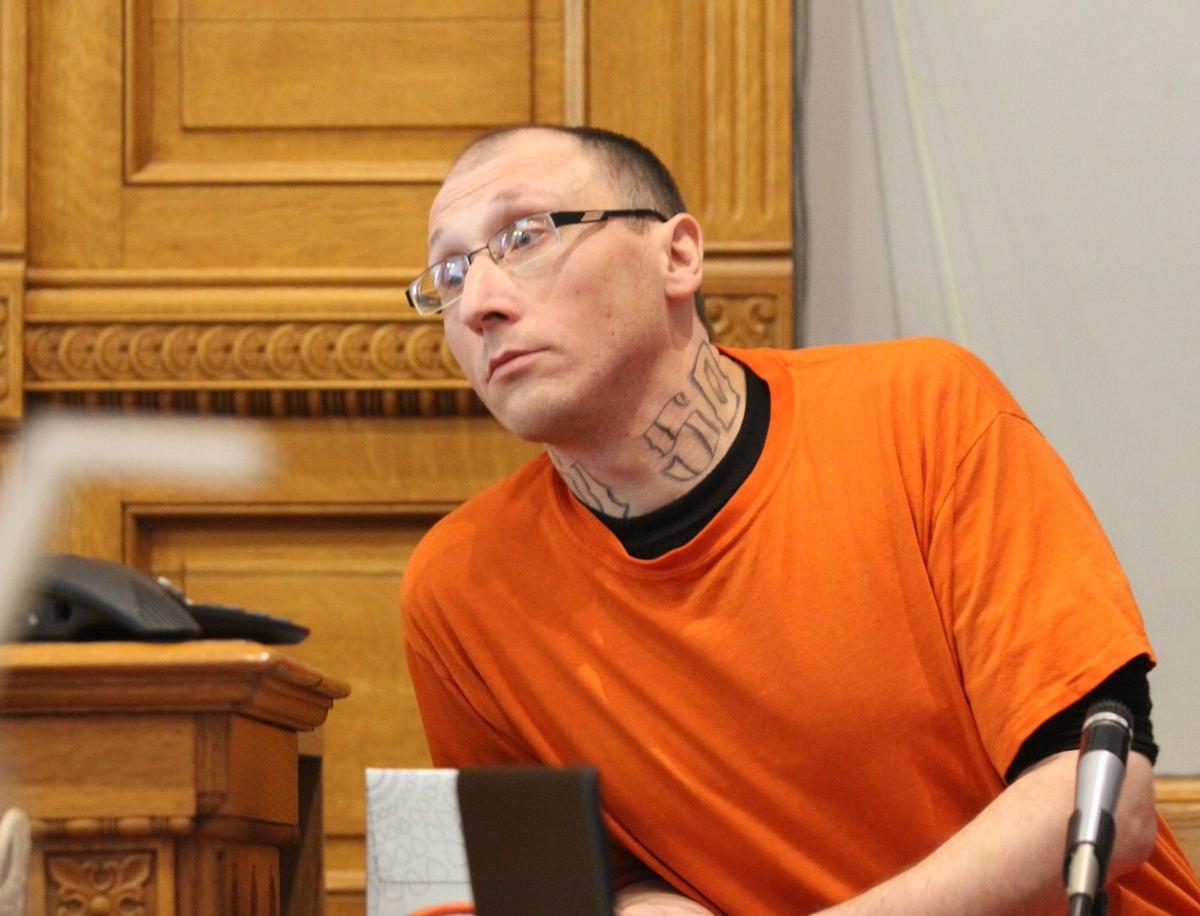 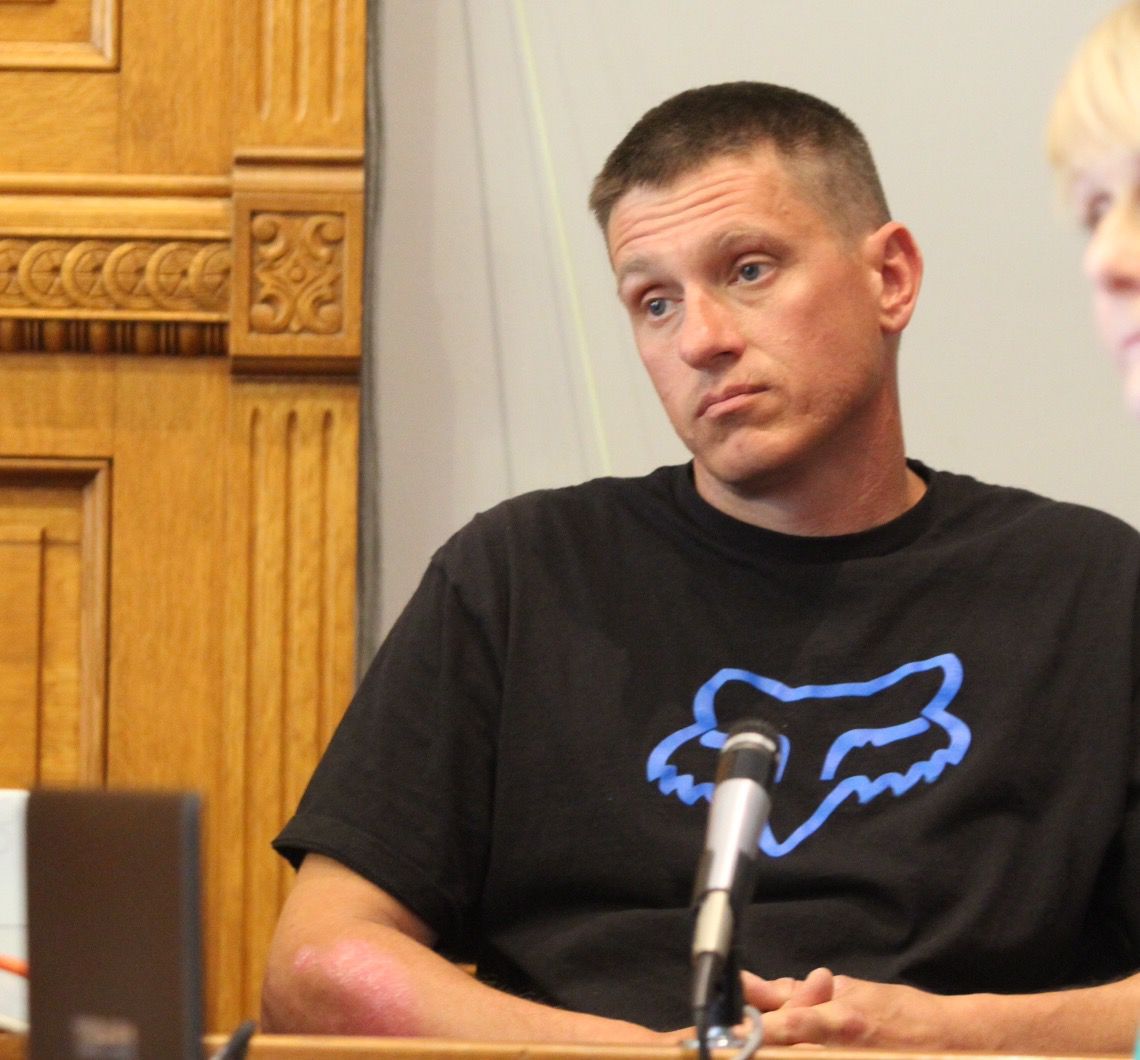 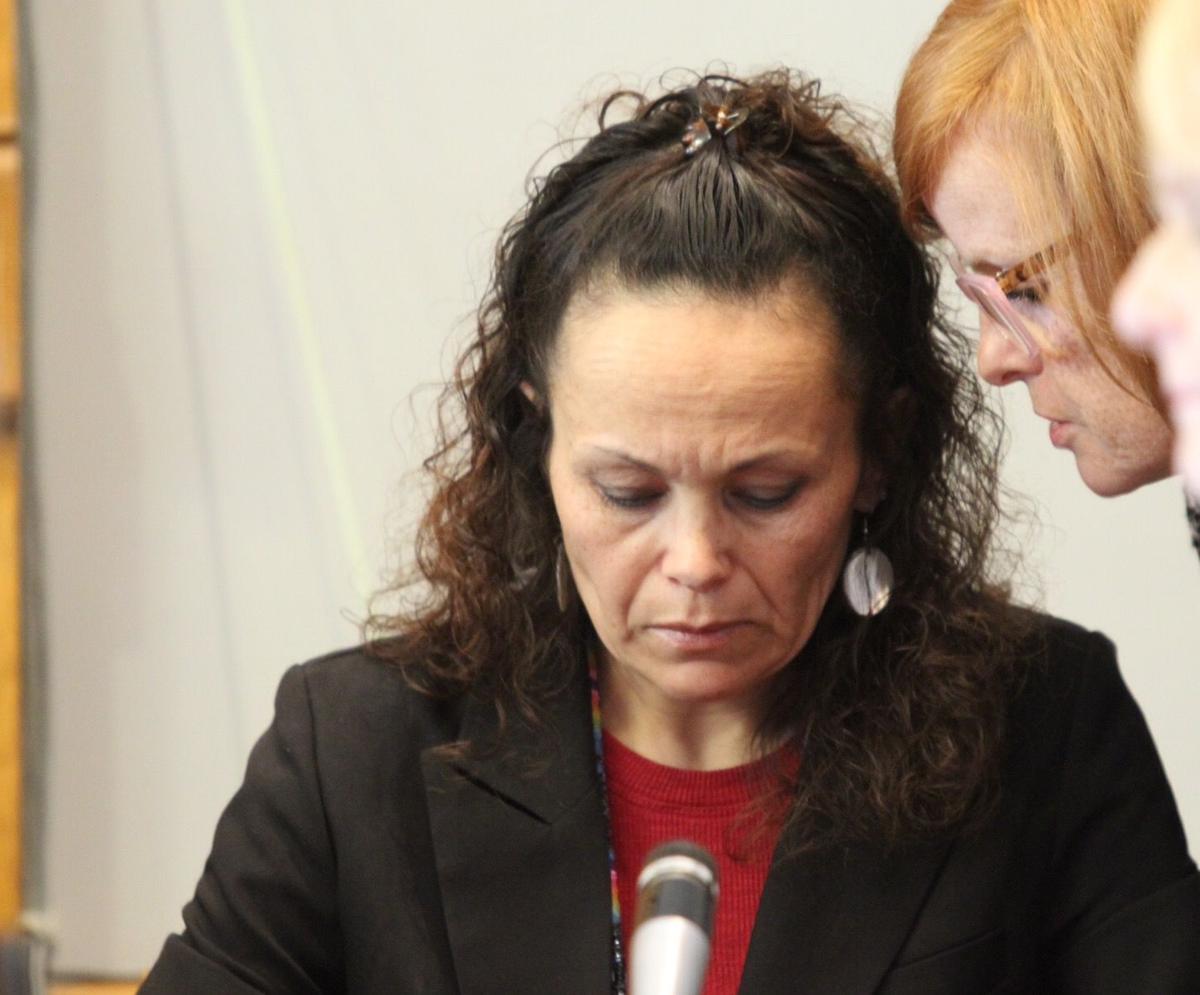 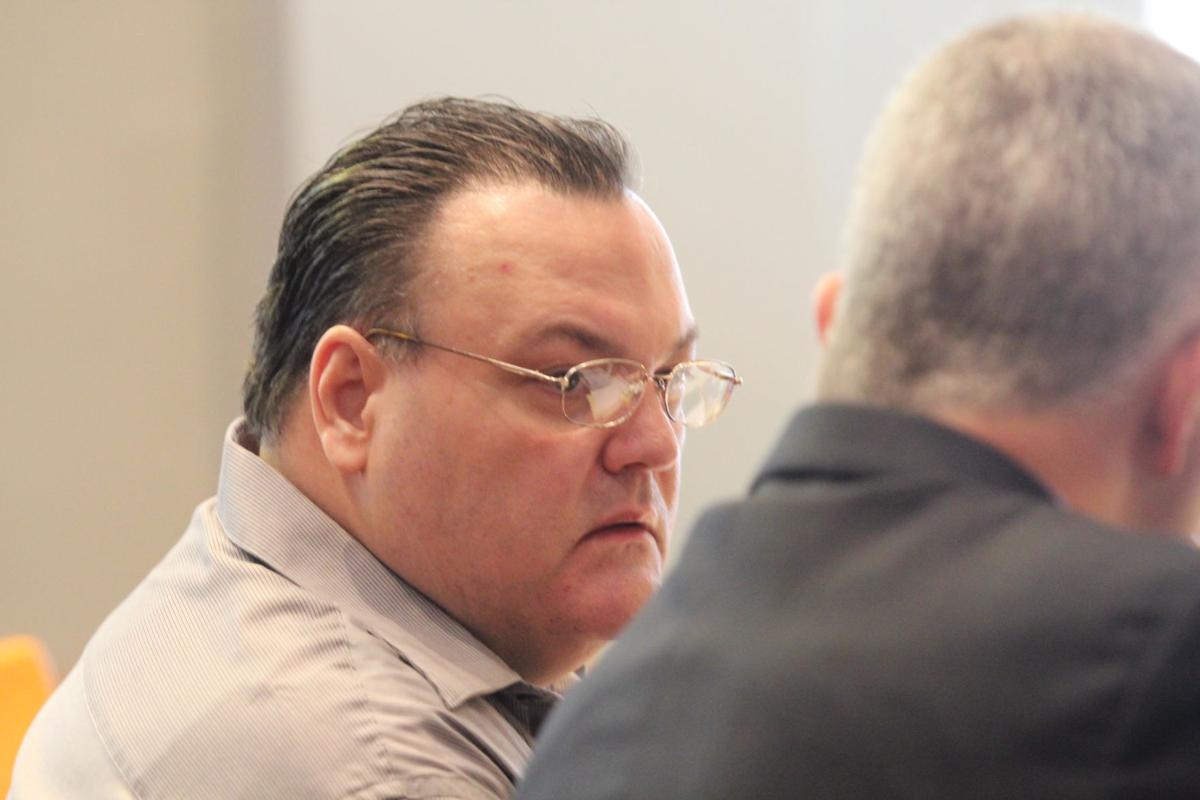 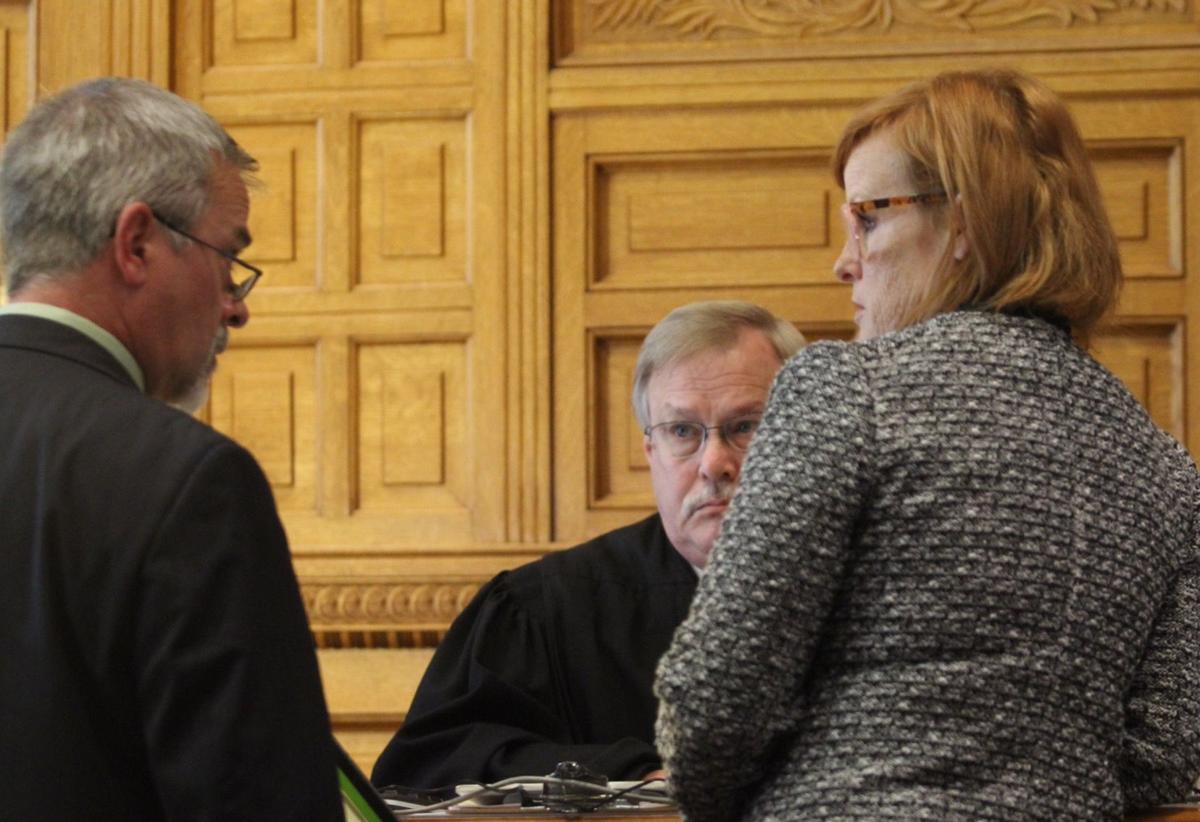 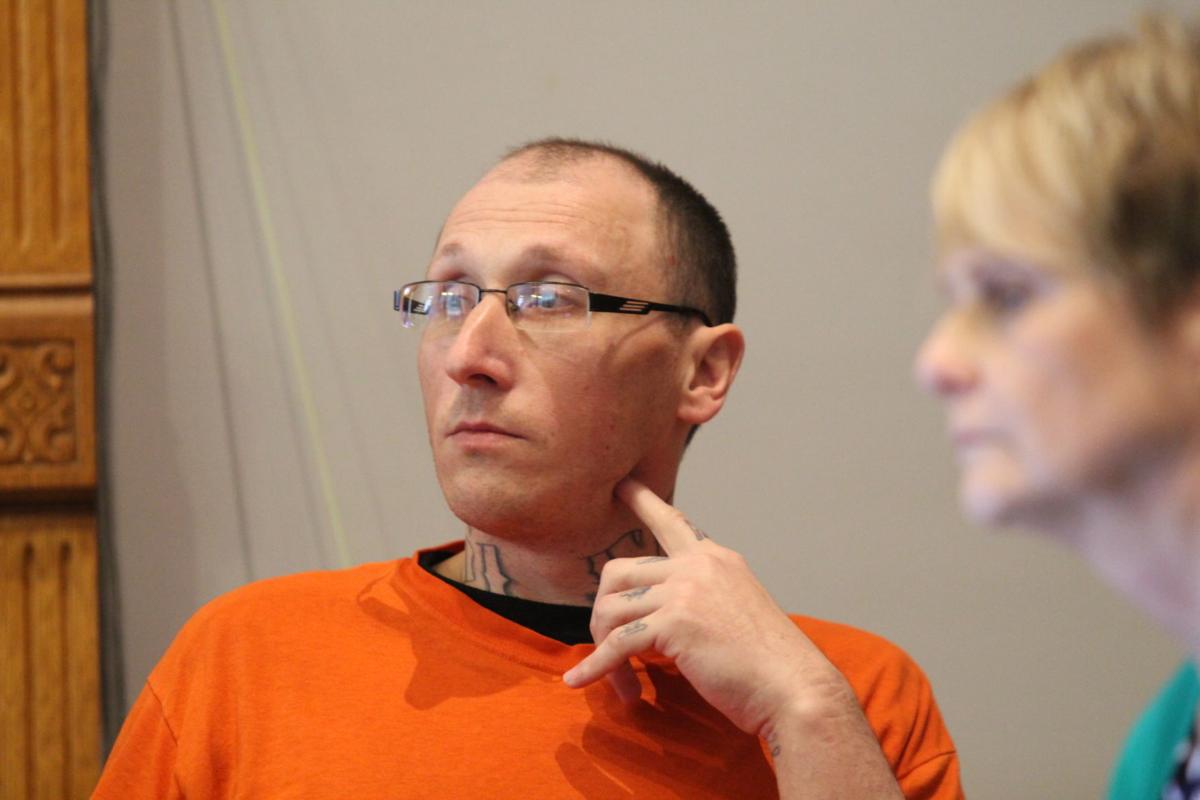 Sean Ward testified that Tait Purk told him he had kille Cora Okonski during trial on Friday. 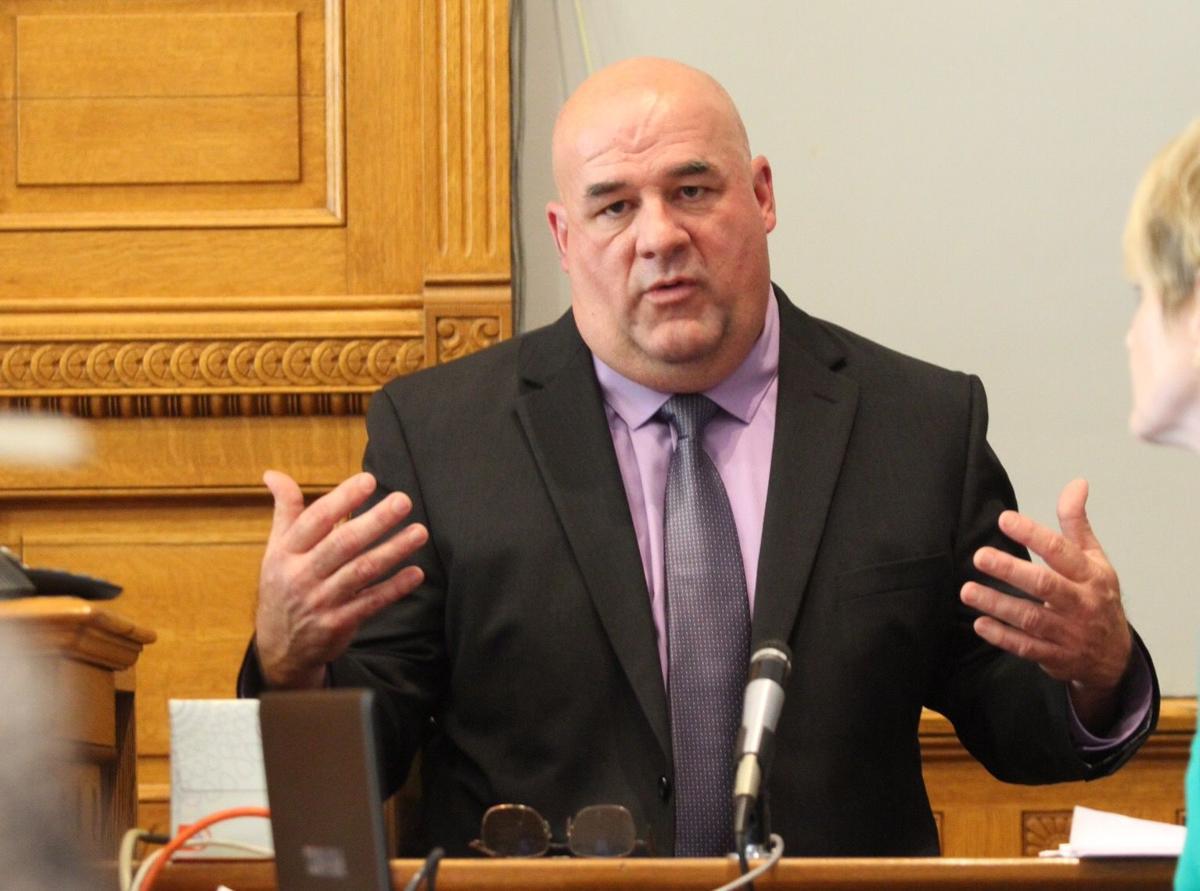 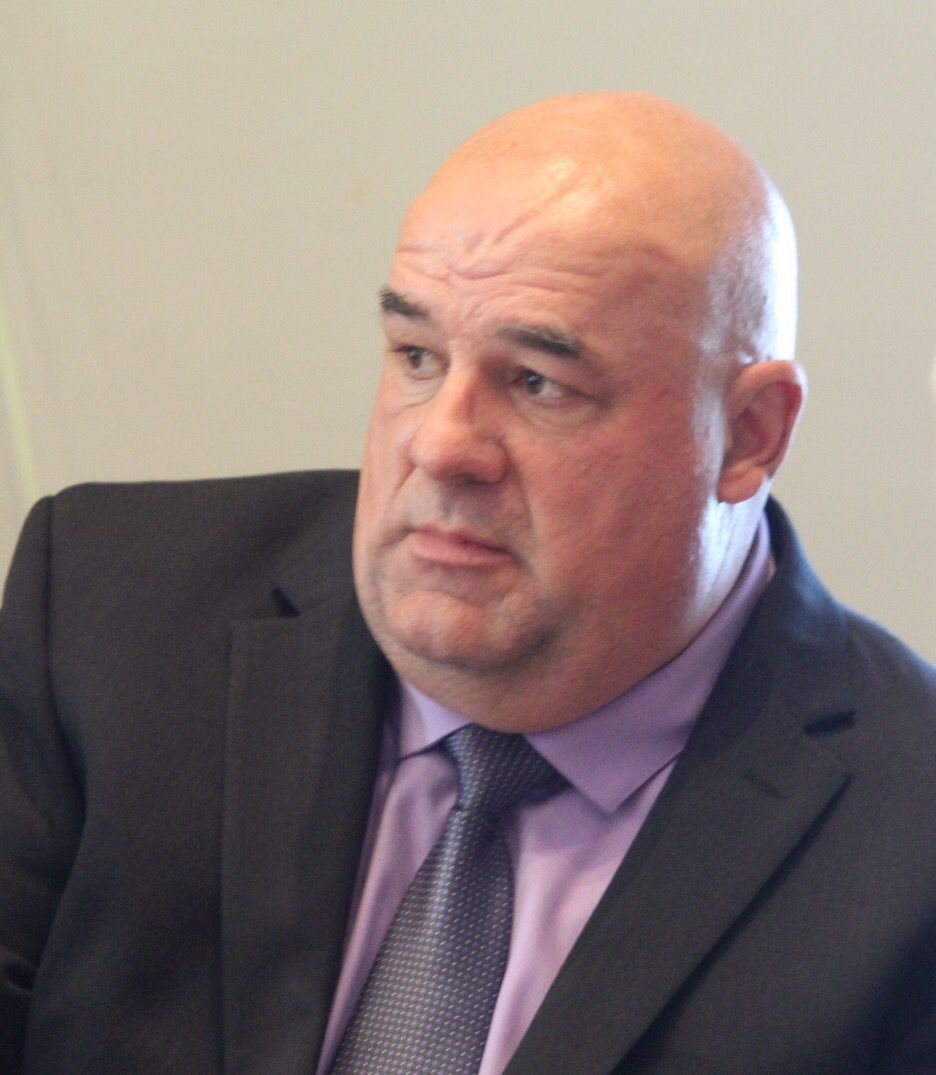 MARENGO — Cora Okonski was killed with a “choke slam” and buried in a wooded area in a hole so deep steps were needed to reach the top, according to a man who served prison time with Tait Otis Purk.

Purk, 50, is charged with murder in the death of Okonski, who was 23 when she disappeared in April 2000. Her body has never been found.

Taking the stand Friday, Sean Ward said Purk slowly revealed to him what happened with Okonski over time. Ward and Purk were both housed at the federal prison in Leavenworth, Kan., in 2005. Purk was serving time for drug-related charges he picked up after the disappearance, and Ward was in for federal weapons charges originating from Iowa.

Ward said inmates in prison tend to talk about their exploits.

“We spent a lot of time together because we were from Iowa. Just over a period of time, inmates tend to brag about stuff they’ve done or haven’t been convicted of. It’s just something that happens in prison,” Ward said.

Ward said Purk told him there had been an argument, and Okonski had threatened to call the police on him.

“Over a period of time, he told me that they had gotten into an argument. She threatened to call the police, she had put him in jail before. Lost his temper, ran across the room at her, grabbed her by the throat and choke slammed her. Thought he’d knocked her unconscious, realized he broke her neck,” Ward said.

Purk had demonstrated the fatal move in his cell, Ward said, and Ward recreated the demonstration for the jury, stepping forward with his hand out and making a swinging downward motion.

According to the account Purk allegedly gave to Ward, after he realized he had broken her neck Purk placed Okonski in a bathroom closet and left her there overnight. The following morning, Purk reached over and opened the closet door and found she was dead.

He said Purk told him he loaded Okonski’s body into his truck and drove to a state park or a nature preserve — a clearing in a wooded area someplace where people wouldn’t be doing any digging — and buried her. He said Purk told him the hole was so deep he needed to dig steps to climb out. He covered the makeshift grave with leaves and sticks, Ward said.

Purk later returned to the site a few times, each time seeing it was less noticeable, according to Ward.

Ward said he didn’t think much of the story, but asked his grandfather to look into it. His grandfather knew sheriff’s deputies in Iowa, and Tama authorities were notified.

At that point, Ward said, he became concerned about what could happen if Purk was released from prison. Purk had told him what he did, and Ward had relatives in Iowa, Ward said.

Ward said he didn’t receive any benefits from authorities for coming forward and didn’t enter any agreements, but the defense noted in a recording of his statement it was stated he would get a reduction in his sentence.

Jurors also heard how Okonski had allegedly been choked unconscious during other spats.

Joshua York, an acquaintance of Purk’s, testified he was at Tama home Purk and Okonski shared in 1999 when the couple began arguing. York said Purk grabbed Okonski around the neck from behind, and Okonski passed out.

She was unconscious for about five seconds, York said.

Also taking the stand Friday was Tarah Bear, a long-time acquaintance of Purk’s who worked as a waitress with Okonski at the King Tower restaurant. Bear testified once in 1999 when she went to pick up Okonski to give her a ride to work, Purk said Okonski wasn’t available.

She said she saw Okonski sleeping on a couch with bruises on her neck. She shook her but was unable to rouse her.

Bear said Purk told her they had been in an argument, and Okonski had to be put in her place. After further questioning by Assistant Attorney General Laura Roan, Bear acknowledged she testified at another hearing Purk told her he had to “knock her (expletive deleted) out.”

“I don’t know if it was a sleeper hold or he put his hands around her neck,” Bear said.

She said she initially thought Purk was joking when he said it.

During cross examination, defense attorney Scott Hunter asked if Okonski’s deep sleep could have been a “crash” after coming down from a meth high.

Deputy Bruce Rhoads with the Tama County Sheriff’s Office, who took over the Okonski case after Tama police officer John Carr retired in 2012, talked about injuries Okonski had following a December 1999 incident. She initially told police Purk was responsible and he had threatened to break her neck. Later, she changed her account, saying a scratch was from a cat and bruises were from falling down. This change led to her being charged with malicious prosecution for allegedly lying.

The first was in October 2003 when authorities received a tip that in 2000 someone had spotted freshly dug ground next to a red car on Don Purk’s salvage yard near Belle Plaine. Don Purk is a relative of Tait Purk.

Rhoads said he flew over the site and took photos the informant used to pinpoint a location. The dig turned up bones that were determined to have belonged to an animal.

In April 2004, a source told authorities Okonski had been buried on a farm, which prompted some small-scale hand digging and turned up no body.

Then in the fall of 2005, acting on Ward’s information, investigators speculated the Columbia Wildlife Area could be the burial spot. A search involving flyovers, ground-penetrating radar and cadaver dogs again came up empty.

Finally in March 2017, another tip came in Okonski was buried at a salvage yard on Tama’s south edge blocks from Purk’s home. Rhoads said investigators excavated a clearing in the yard and found decaying clothing but not trace of a body.

Trial will resume Monday at the Iowa County Courthouse in Marengo.

MARENGO — Tait Purk took the stand Monday, saying more than once he didn’t kill his fiancee Cora Okonski and doesn’t know what happened to her…

MARENGO — A co-worker and friend of Cora Okonski testified Wednesday that Okonski was afraid her fiance, Tait Purk, was going to kill her Apri…

The Iowa Court of Appeals has upheld the murder conviction of a Tama man in the cold case disappearance of his fiancé.

Sean Ward testified that Tait Purk told him he had kille Cora Okonski during trial on Friday. 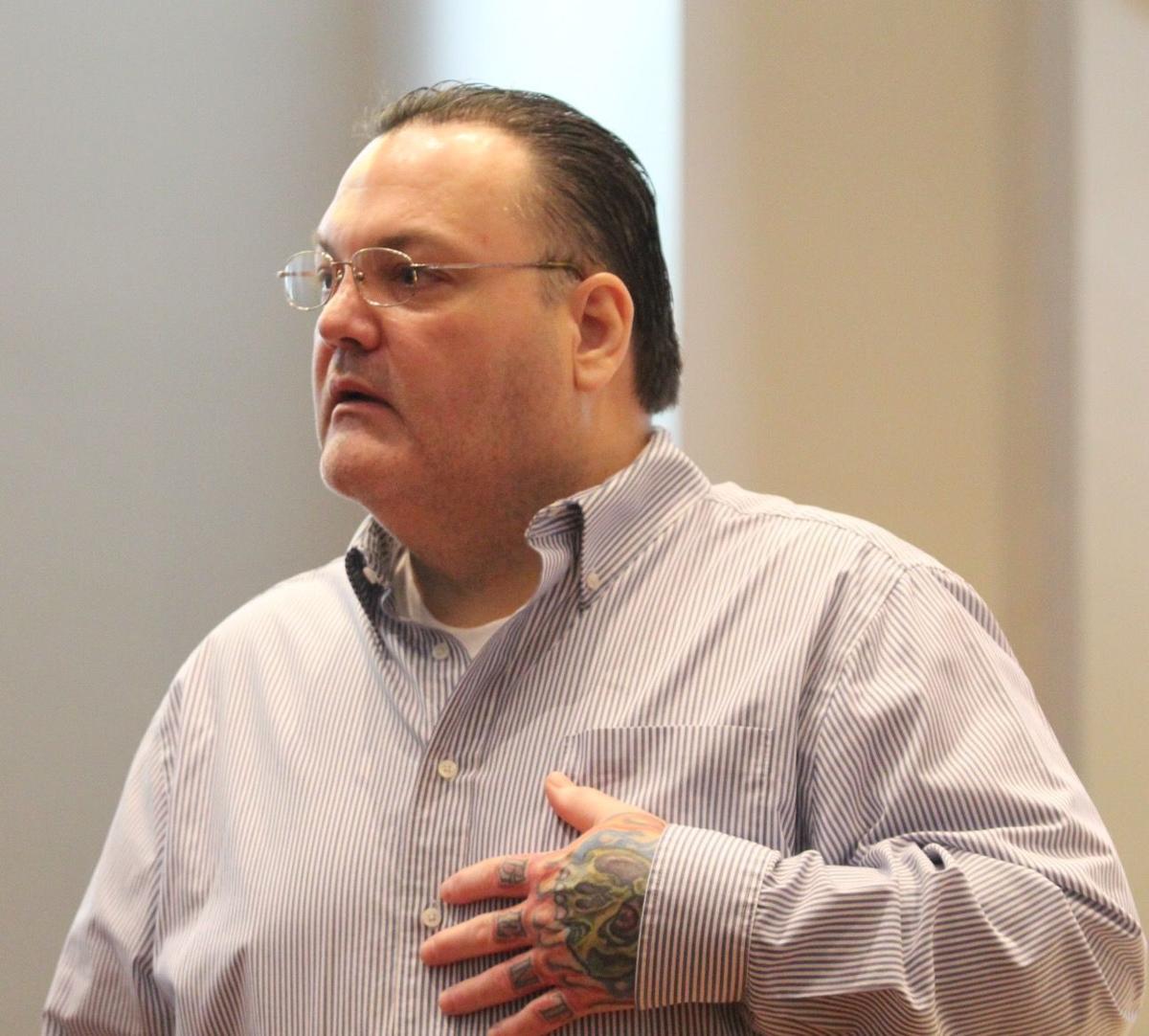