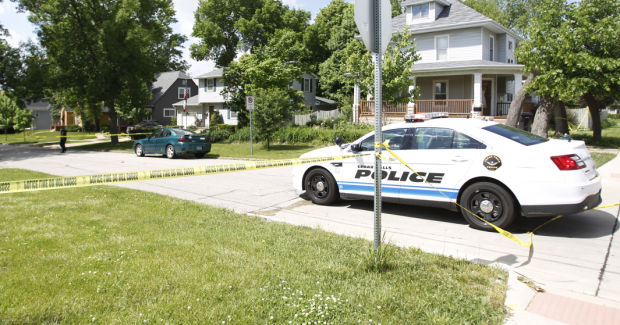 Cedar Falls Police were dispatched to the 1800 block of Tremont Street for a shooting that killed a man Sunday. 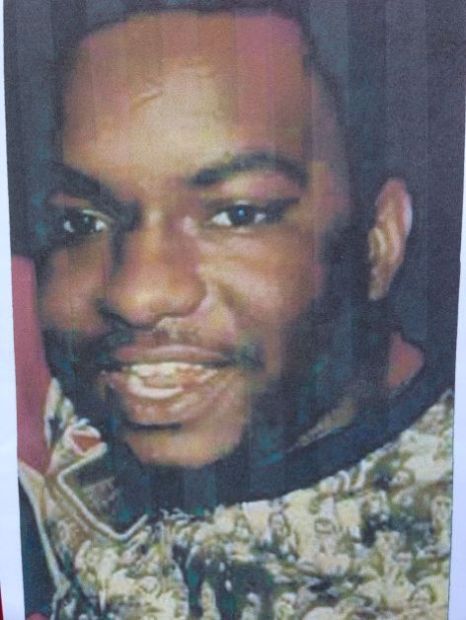 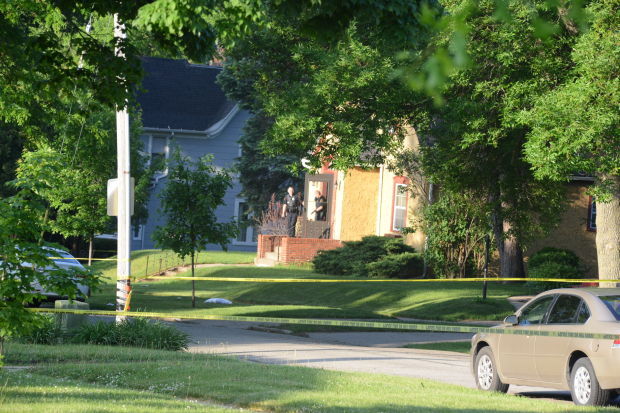 Cedar Falls police officers exit a house in the 1800 block of Tremont Street Sunday following an early morning shooting that left one man dead. The man was shot near the house.

WATERLOO | Friends and family will gather tonight to remember a Waterloo man who was shot and killed over the weekend.

The candlelight vigil for Norman Carroll Gant Jr. will begin at 8:30 p.m. at the corner of Dawson and Reed streets.

Gant, 21, was shot outside a party in the 1800 block of Tremont Street, Cedar Falls, at about 1:35 a.m. He was later declared dead at Sartori Hospital.

The investigation into the slaying continues.

He was later pronounced dead at Sartori Memorial Hospital.

Officials are asking that anyone with information related to the homicide investigation call the Cedar Falls Police Department at (319) 273-8612 or Cedar Valley Crimestoppers at 855-300-TIPS (or 8477). Information may be given anonymously.

A two-block area of Tremont remained cordoned off with yellow police tape mid-morning Sunday. Cedar Falls Police and Iowa State Patrol vehicles blocked streets around the edge of the crime scene while officers combed yards around several houses and talked with area residents. By early afternoon, police were gone and the street was open again.

Cedar Falls Police Chief Jeff Olson said the shooting happened outside near a car part way down the block south of 18th Street.

"They were shot, died real soon after being shot," he said. "There was a party at one of the houses on the block here."

Olson said at least some people at the party knew the victim.

A neighbor said he saw police coming in and out of the house at 1821 Tremont after waking up in the morning. The house is near where Olson indicated the victim was shot.

University of Northern Iowa student Tara Esele and a roommate were standing with Esele's father near the police tape at Tremont and 20th Street about 9:30 a.m., waiting to get permission for the women to return to their rented house.

"I really didn't see anything," Esele said. "I had just gotten home and then I heard gunshots. We just didn't know what it was, so we just sat in the house."

At the other end of the two-block area, Tim Olsen sat in the porch swing at the corner of Tremont and 18th, where an iconic tree formation arches over the front walk. He was awakened by the sound of the gunfire about 1:30 a.m.

"We heard shots, but we hear fireworks all the time in this neighborhood, so we don't think anything of it," he said, noting a lot of college students live on the street. "Then all of a sudden, the cops show up."

The incident surprised him.

"I don't view that as a normal thing in Cedar Falls," he said. "It's not something that usually happens, especially right outside my house.

"I'm used to people gawking at the tree, but I'm not used to them gawking at yellow tape and cops."

An autopsy of the victim was scheduled Sunday in Ankeny, according to police.

The shooter remains at large, but police said the public in the area is not at risk.

No description of the shooter was released.

WATERLOO | Friends and family are struggling to find answers after a Waterloo man was shot and killed outside a party over the weekend.

CEDAR FALLS | A cash reward is being offered for information leading to an arrest in the fatal Cedar Falls shooting of Normal Carroll Gant Jr.…

Cedar Falls Police were dispatched to the 1800 block of Tremont Street for a shooting that killed a man Sunday.

Cedar Falls police officers exit a house in the 1800 block of Tremont Street Sunday following an early morning shooting that left one man dead. The man was shot near the house.