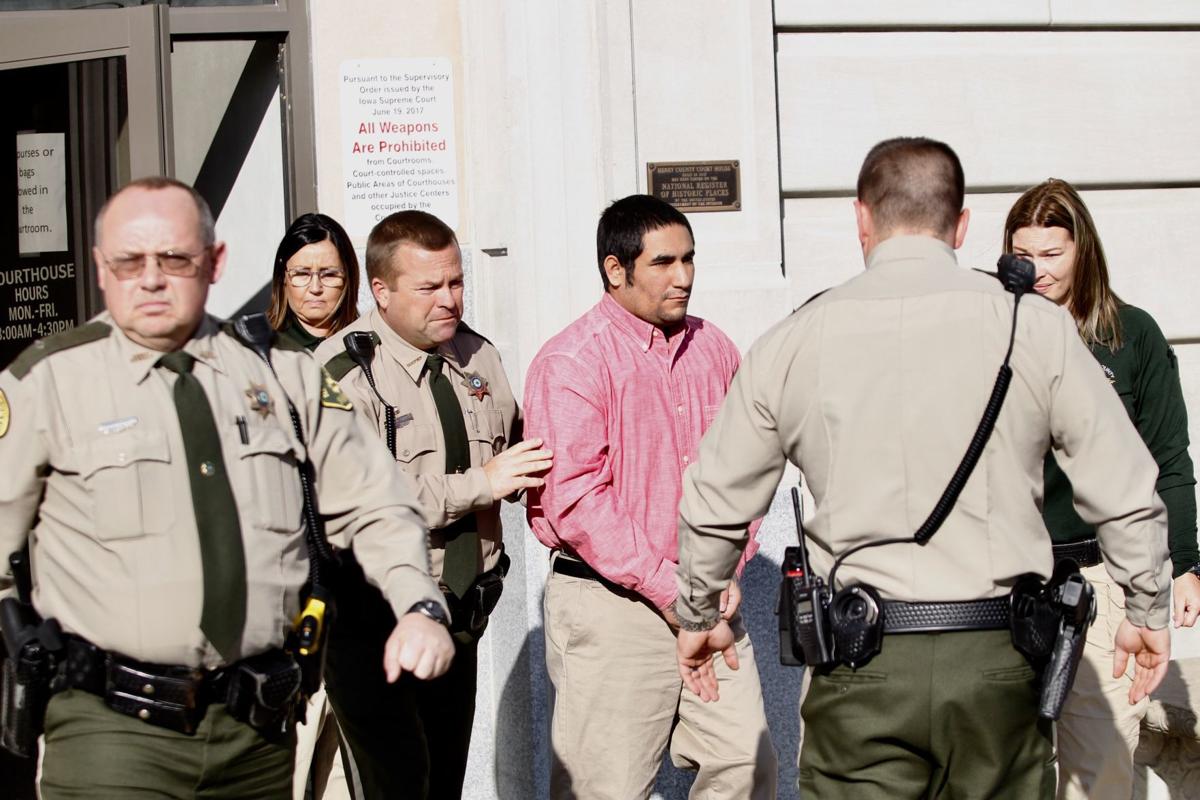 Zachary Koehn is led out of the Henry County Courthouse after he was found guilty of murder and child endangerment Tuesday. 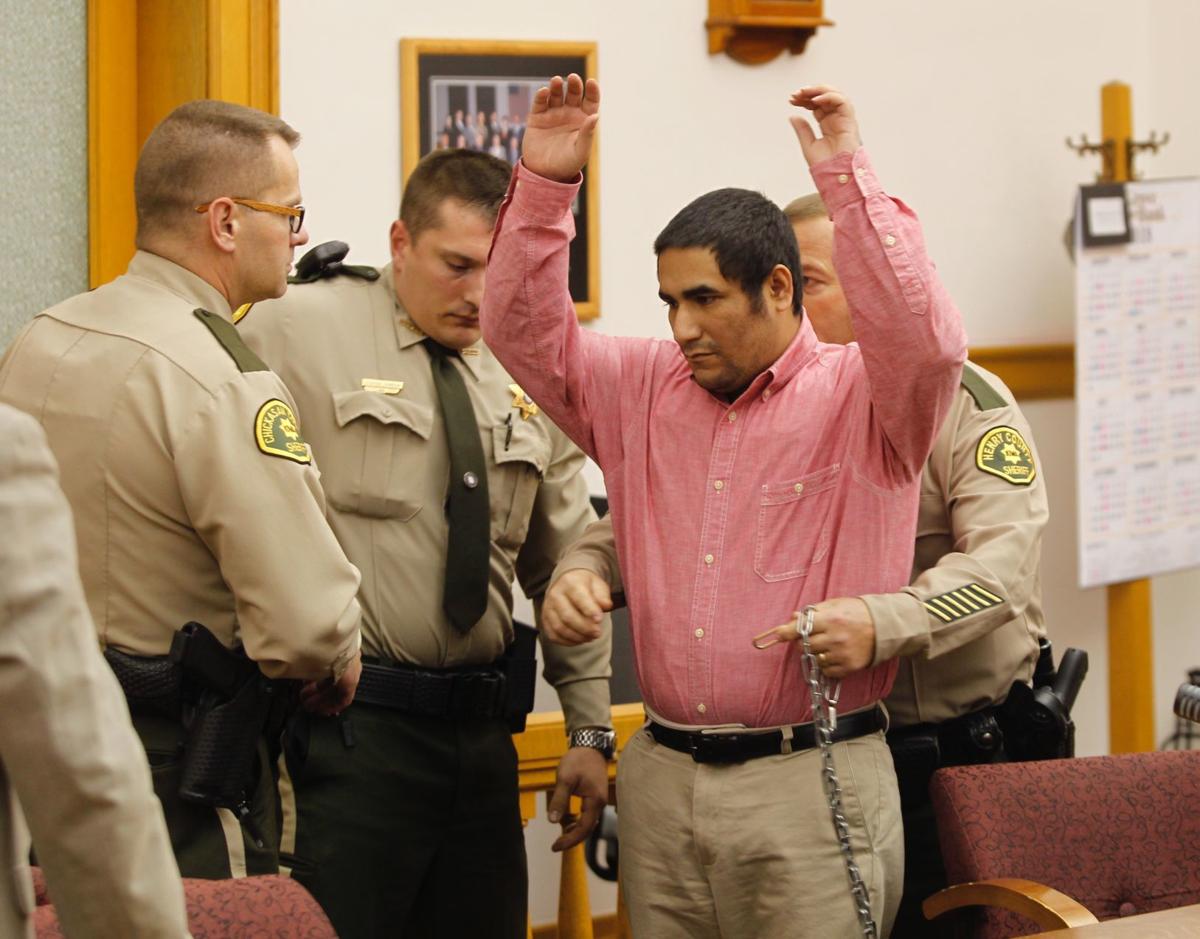 Zachary Koehn, 29, is handcuffed after he was found guilty of murder and child endangerment Tuesday. 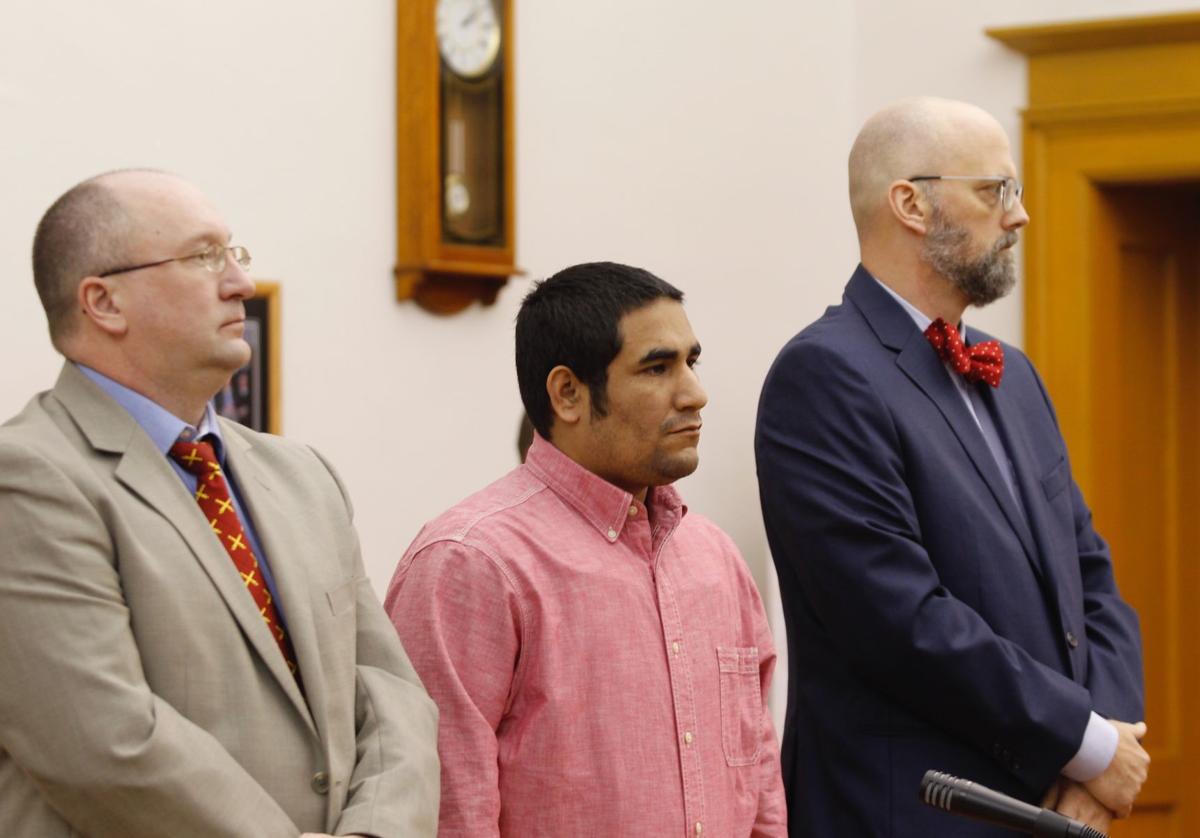 Zachary Koehn, center, stands with his attorneys as the verdict was read Tuesday in the Henry County Courthouse in Mount Pleasant. 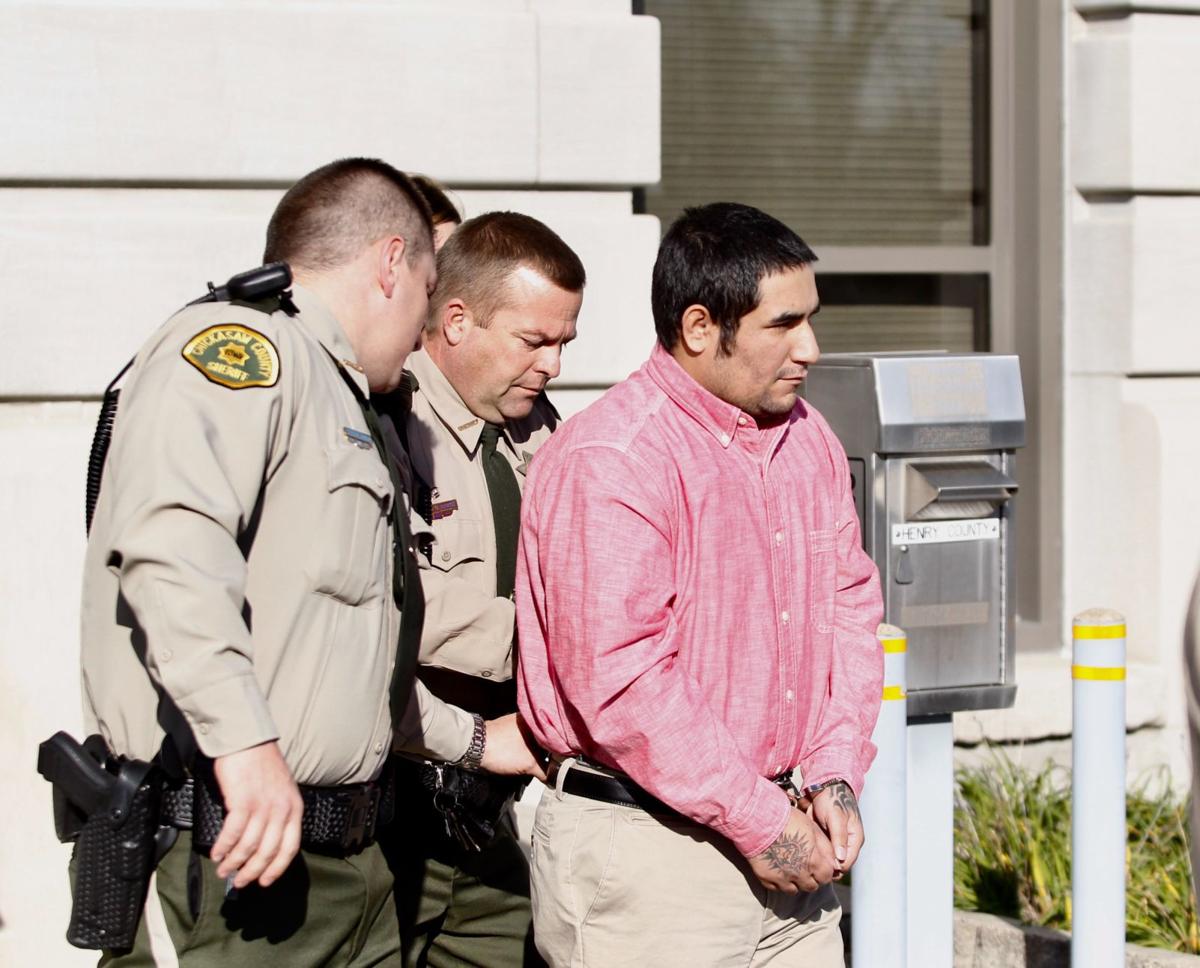 Zachary Koehn, 29, of Alta Vista, is led out of the Henry County Courthouse after he was found guilty of murder and child endangerment Tuesday. 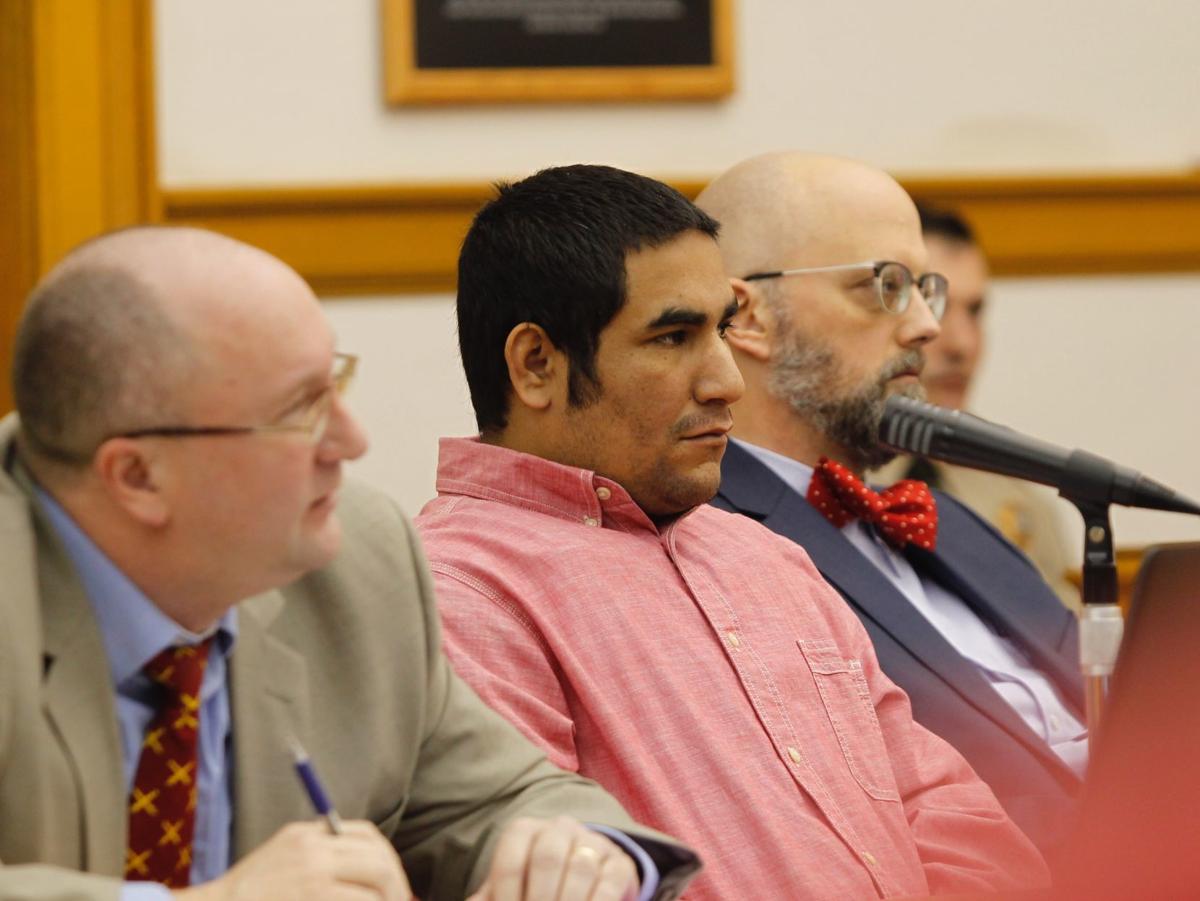 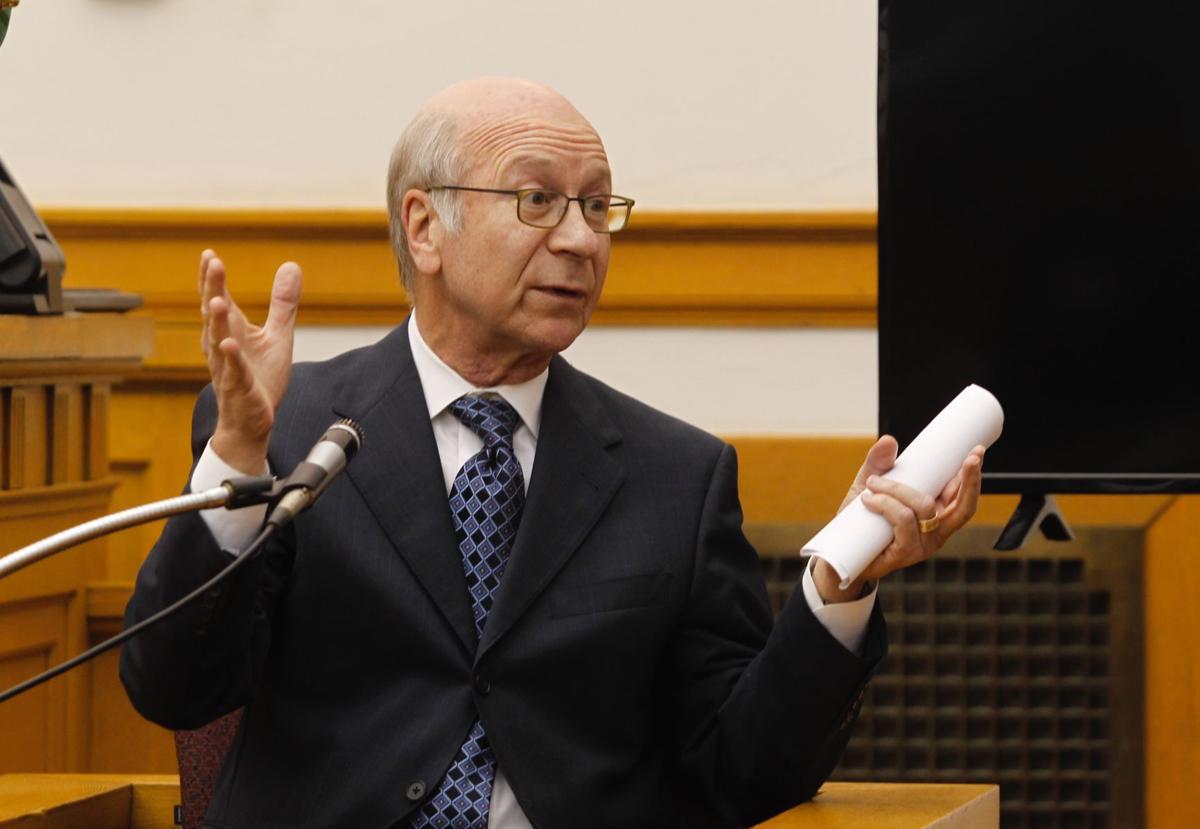 Michael O’Hara, a psychology professor, said it appeared Cheyanne Harris suffered from depression. He testified in the trial of Zachary Koehn on Tuesday. 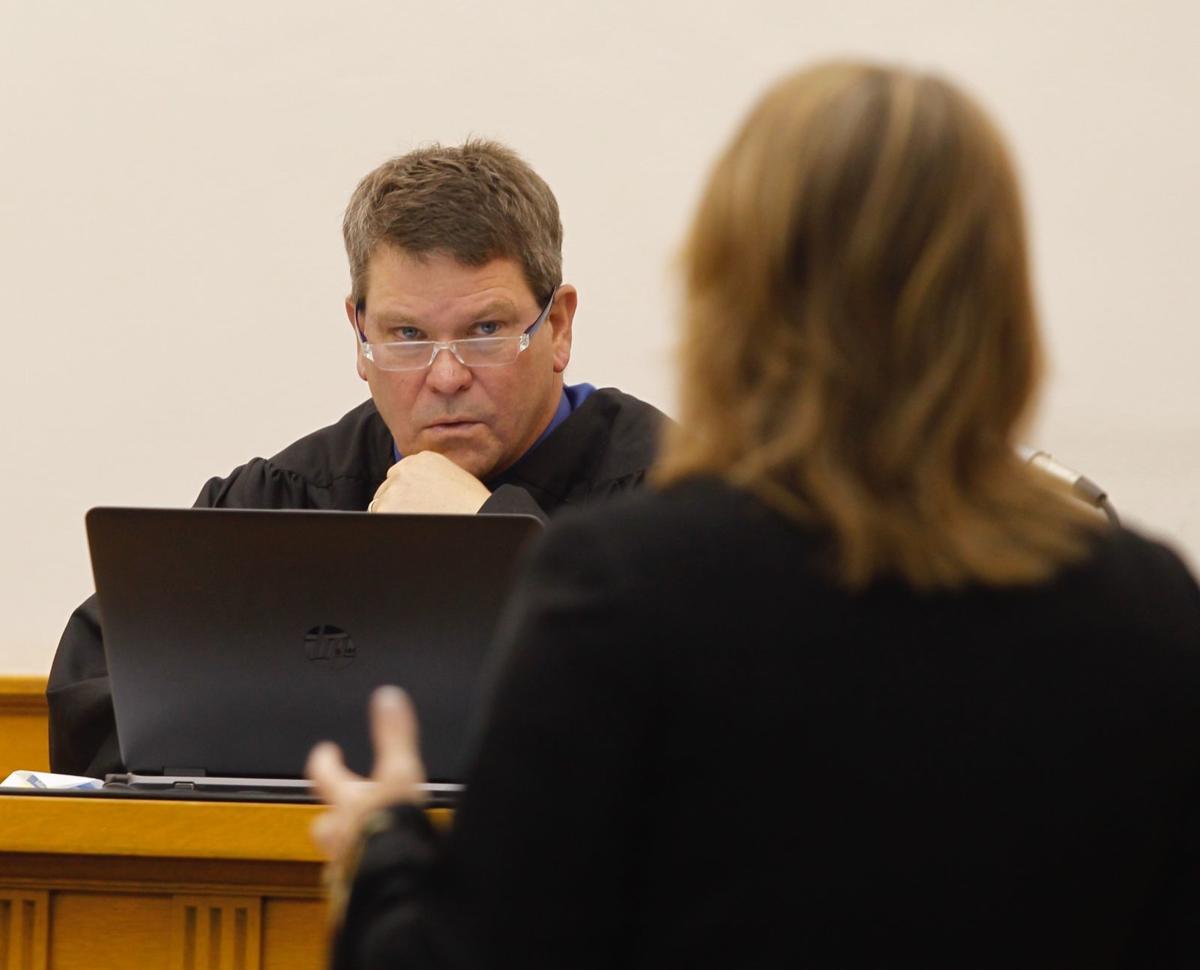 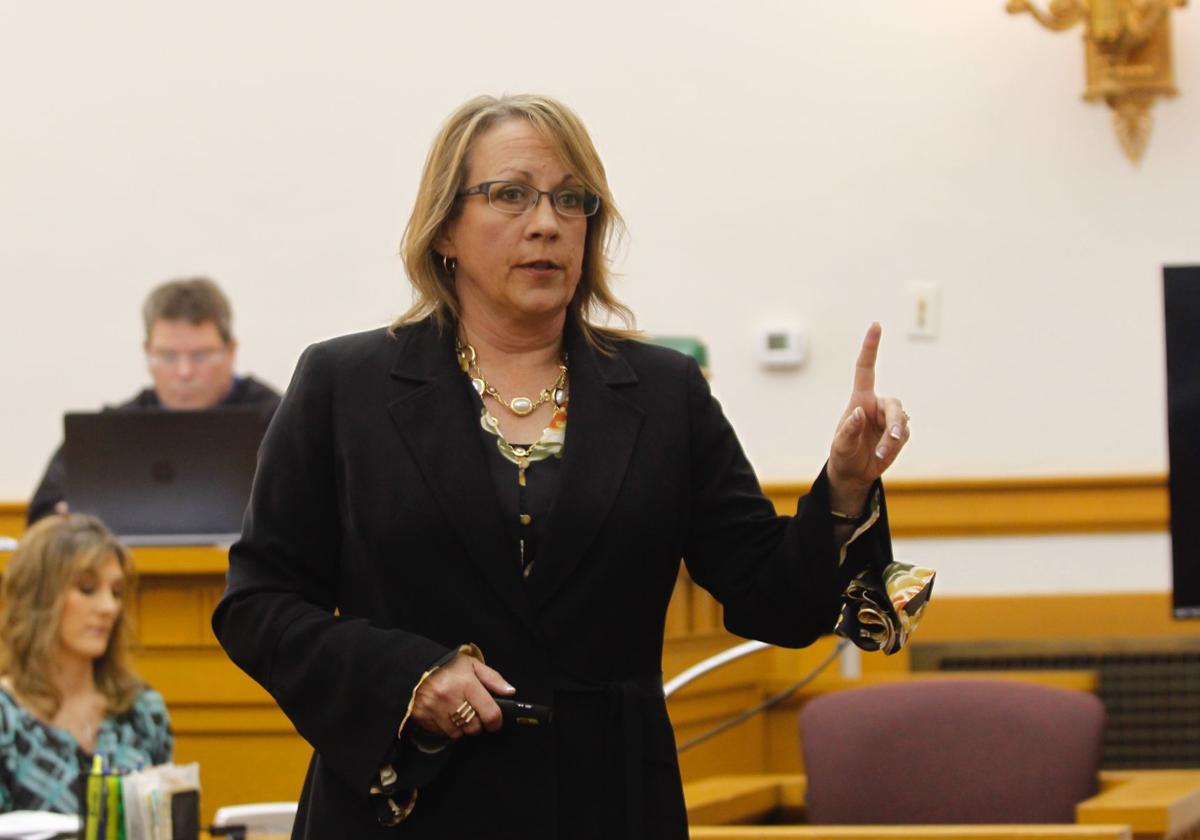 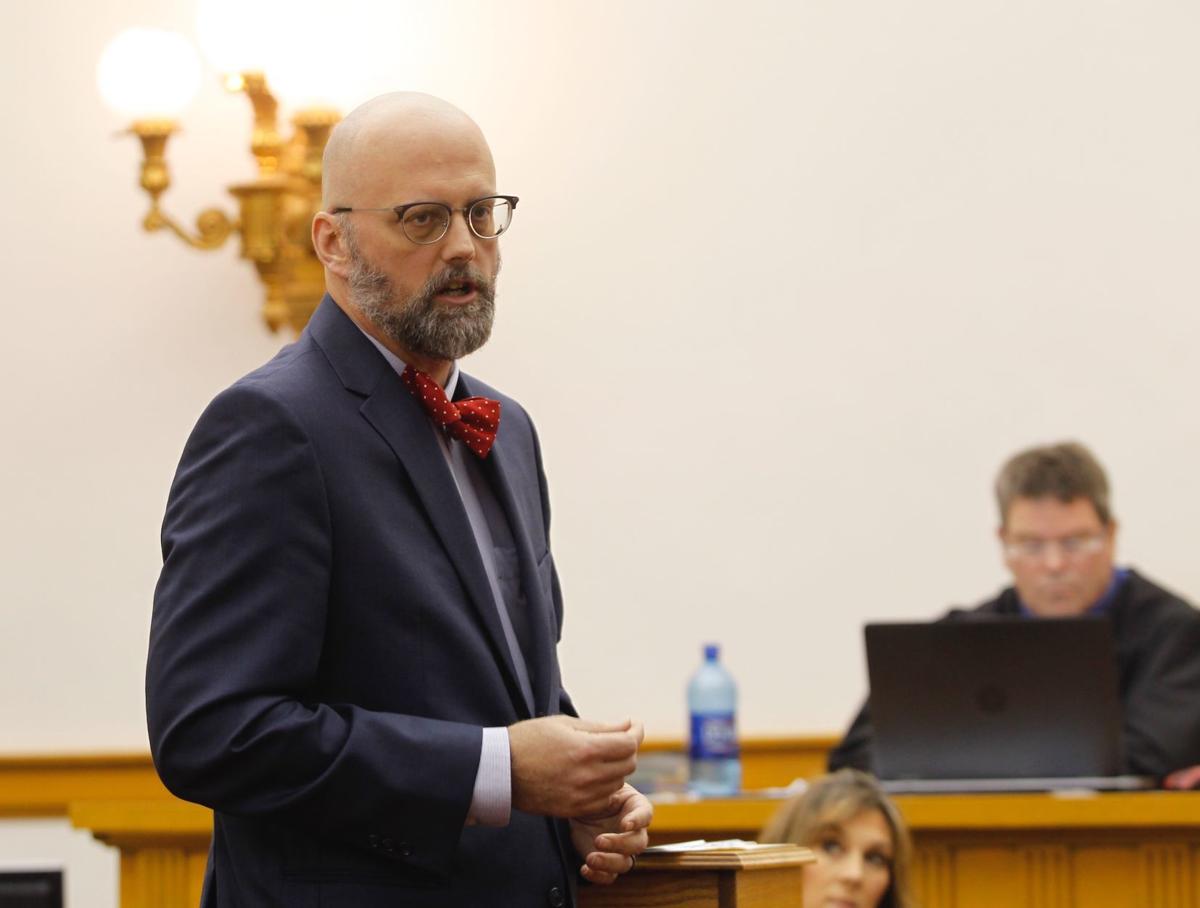 It took a Henry County jury of seven women and five men less than an hour of deliberations Tuesday to convict Zachary Paul Koehn, 29, of first-degree murder and child endangerment causing death. Murder carries a mandatory sentence of life without parole. Sentencing will be at a later date.

Clad in a red dress shirt and khakis, Koehn showed little emotion when the verdict was read.

“We clearly appreciate the jury’s time. It was an extremely difficult case for anybody to observe,” Timmins said.

Although it was a Chickasaw County case, Koehn’s trial was moved to the Henry County Courthouse in Mount Pleasant because of pretrial publicity.

Trial for Koehn’s girlfriend and mother of the child, 21-year-old Cheyanne Harris, is pending. She also was granted a venue change.

Prosecutors said Zachary Koehn received a blessing in May 2017 when his son, Sterling, was born. But within four months, Koehn had let his blessing die a long and painful death from malnutrition, dehydration and infection, Timmins said.

Koehn’s attorney asked jurors to find him not guilty, saying he had been working to provide for his family and hadn’t noticed signs Harris may have been suffering from depression, which kept her from caring for the baby.

Authorities were called to Koehn and Harris’ apartment Aug. 30, 2017, and found 4-month-old Sterling dead in a swing seat. Medics reported smelling urine and feces, and insects in the diaper showed it hadn’t been changed for more than a week. A time of death couldn’t be determined.

A medical examiner said the baby died of malnutrition, dehydration and infection from diaper rash after stool in the diaper eroded the skin.

“He let Sterling rot in that room. He left him there to die,” Timmins said.

Timmins said she couldn’t explain why Sterling died, but she said possibilities could be Koehn didn’t want the baby or he suspected the baby wasn’t his. Although it was later confirmed he was the biological father, relatives said Koehn had told them he wasn’t sure because Sterling had a lighter complexion.

The defense said Harris had been Sterling’s primary caregiver and didn’t work outside the home. Koehn took the stand in his own defense last week and told jurors he trusted the wrong person to care for his son.

Timmins pointed out Koehn, who she said used $140 to $280 per week worth of methamphetamine, had been supplying Harris with meth.

“He trusted her, yet he’s the one who gave her drugs,” Timmins said.

Earlier Tuesday, presentation of evidence wrapped up with Michael O’Hara, a psychology professor with the University of Iowa who specializes in postpartum depression, taking the stand for the defense.

Koehn’s attorneys hired O’Hara to review evidence, depositions, police interviews and other records to determine Harris’ mental status, but O’Hara wasn’t able to examine her and didn’t have access to her medical records.

Harris is charged in the case, and her defense attorney asserted her Fifth Amendment right against self-incrimination during an earlier hearing after Koehn’s attorneys subpoenaed her.

O’Hara said he could competently say Harris likely suffered from depression. He based his conclusion on information another doctor had identified Harris as depressed about two years earlier after the birth of their first daughter and because she had been prescribed Lexapro, an anxiety medication, after Sterling’s birth.

O’Hara said other factors pointed to the likelihood of depression — the family had moved frequently, she had two children under age 2 and there was financial stress and conflict in the couple’s relationship.

The psychologist said it wouldn’t be difficult to mask signs of depression until it became severe. He said said it also appeared Harris withdrew from support opportunities.

Jury selection to begin for mother in infant death trial

Attorneys for Cheyanne Harris seek to throw out conviction

Zachary Koehn is led out of the Henry County Courthouse after he was found guilty of murder and child endangerment Tuesday.

Zachary Koehn, 29, is handcuffed after he was found guilty of murder and child endangerment Tuesday.

Zachary Koehn, center, stands with his attorneys as the verdict was read Tuesday in the Henry County Courthouse in Mount Pleasant.

Zachary Koehn, 29, of Alta Vista, is led out of the Henry County Courthouse after he was found guilty of murder and child endangerment Tuesday.

Michael O’Hara, a psychology professor, said it appeared Cheyanne Harris suffered from depression. He testified in the trial of Zachary Koehn on Tuesday.