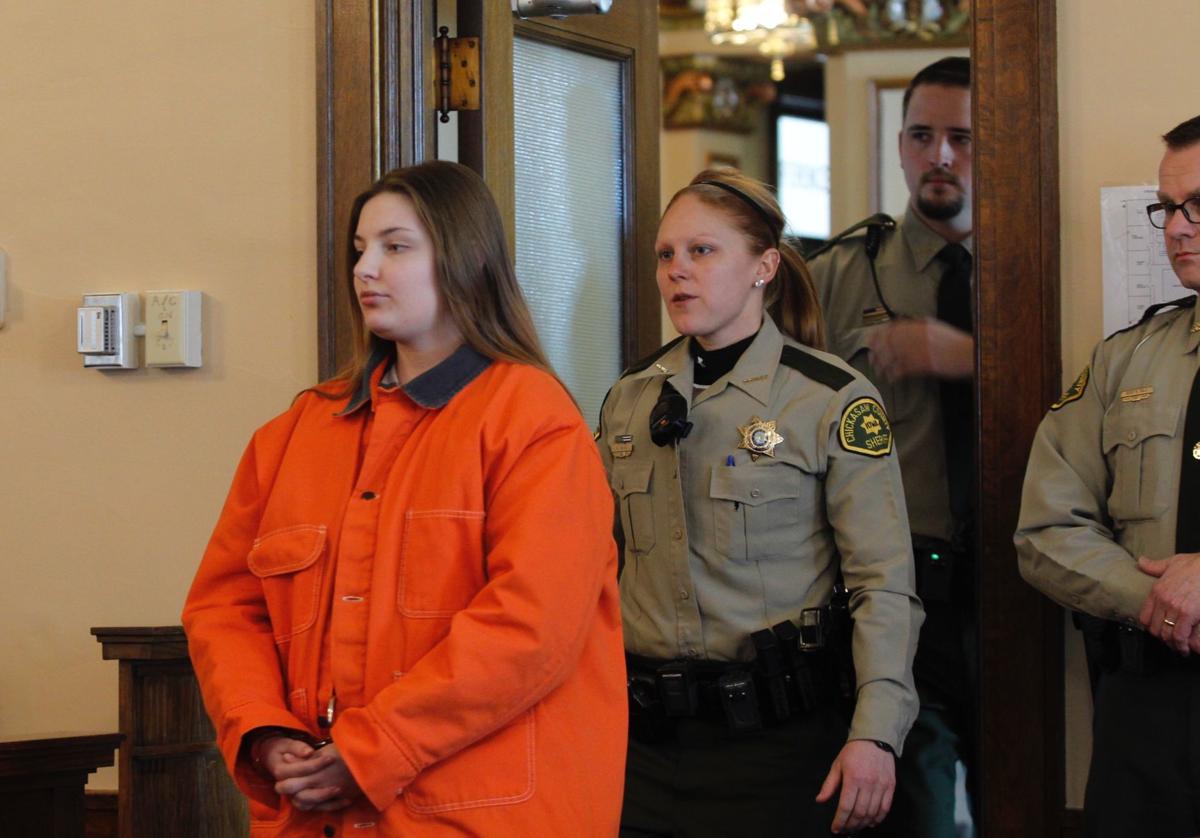 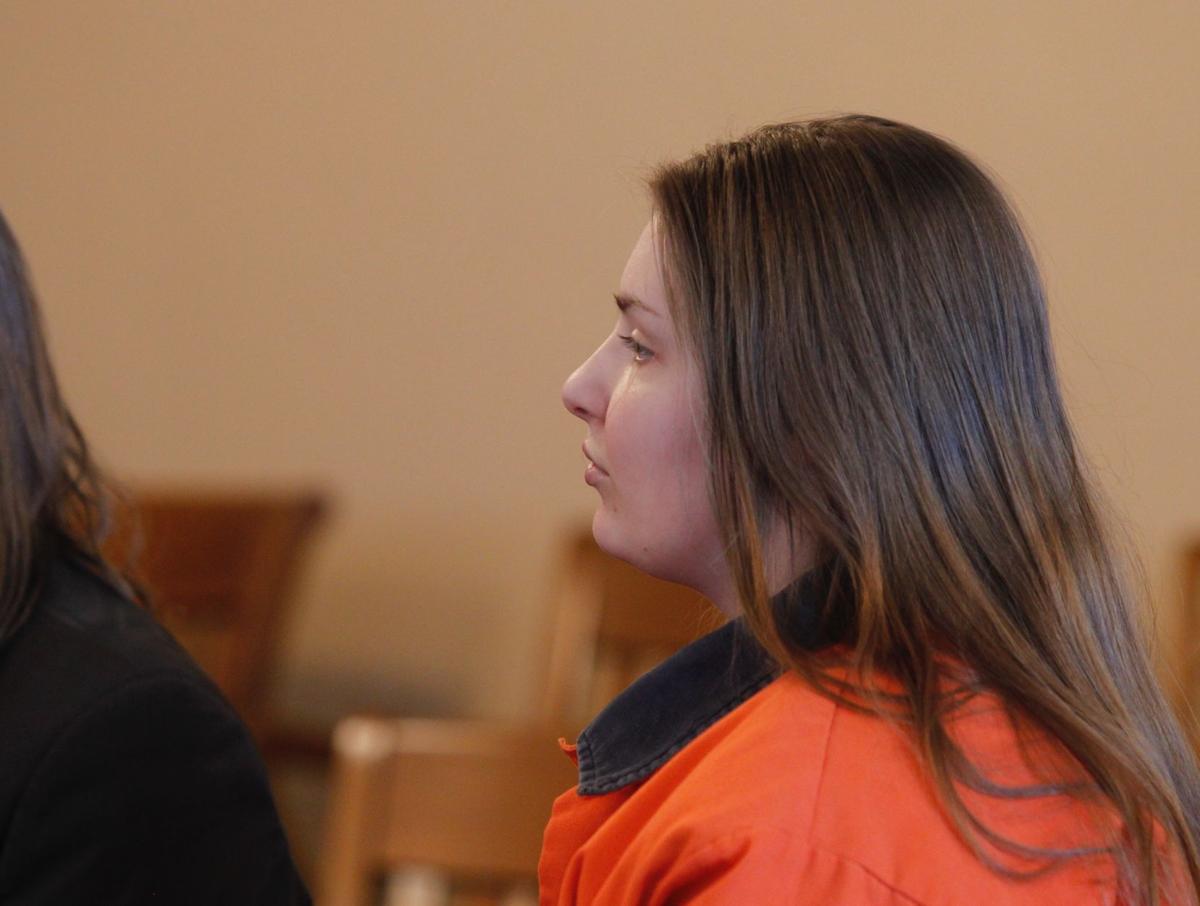 Cheyanne Harris declined to comment to the court during sentencing on Feb. 19, 2019. 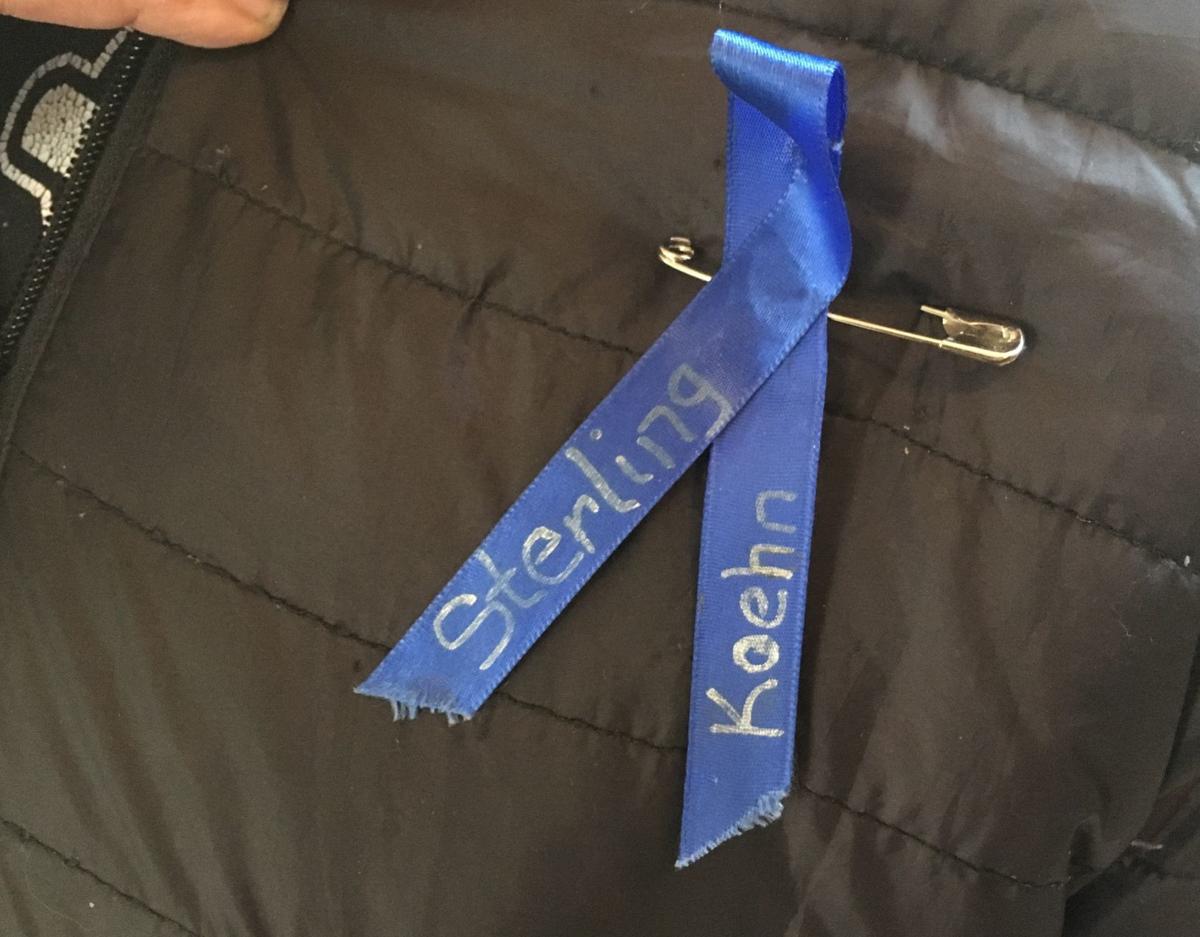 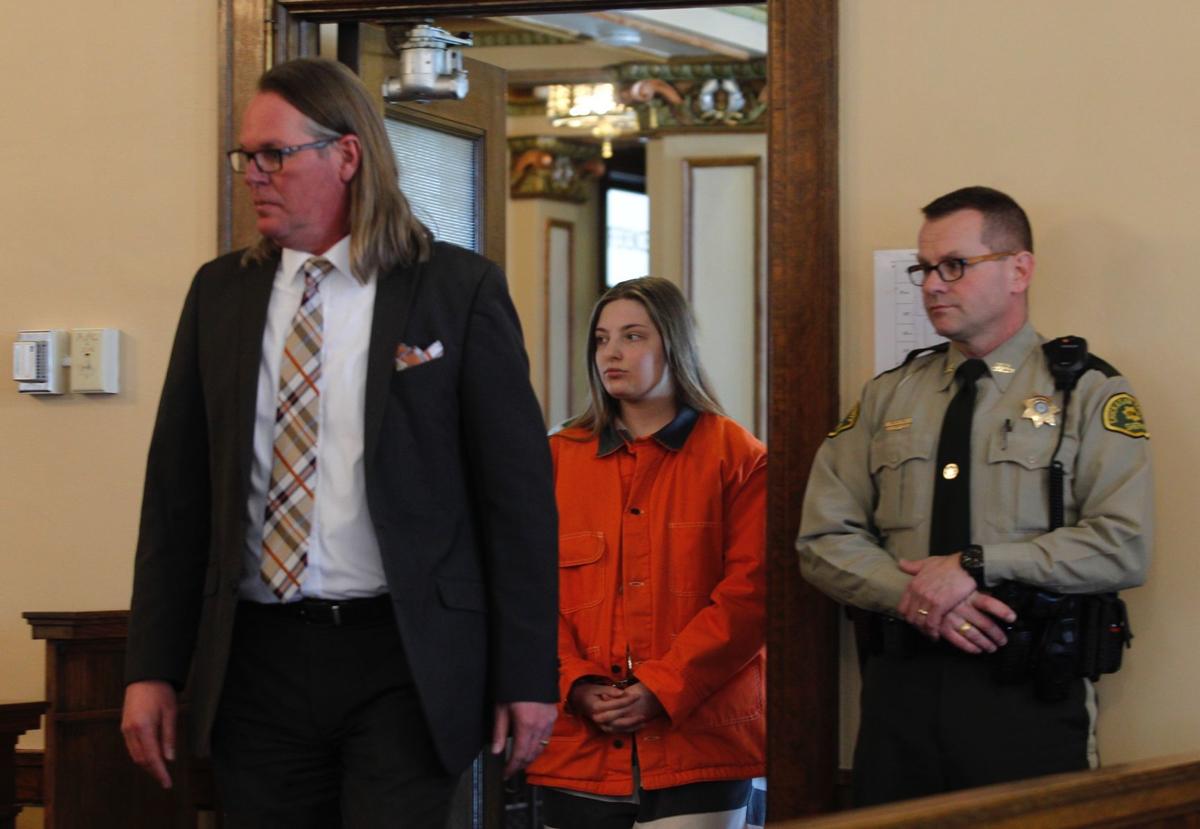 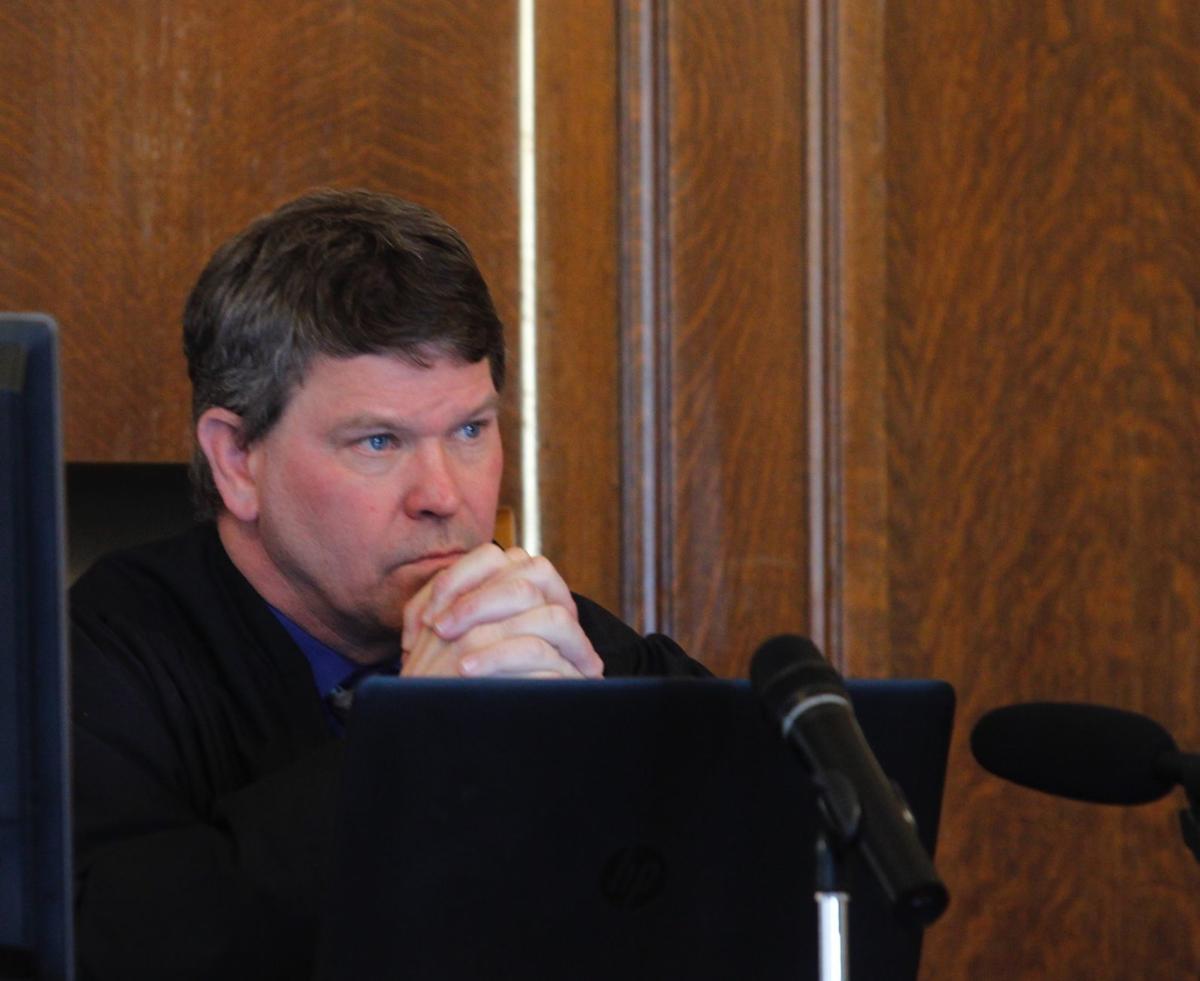 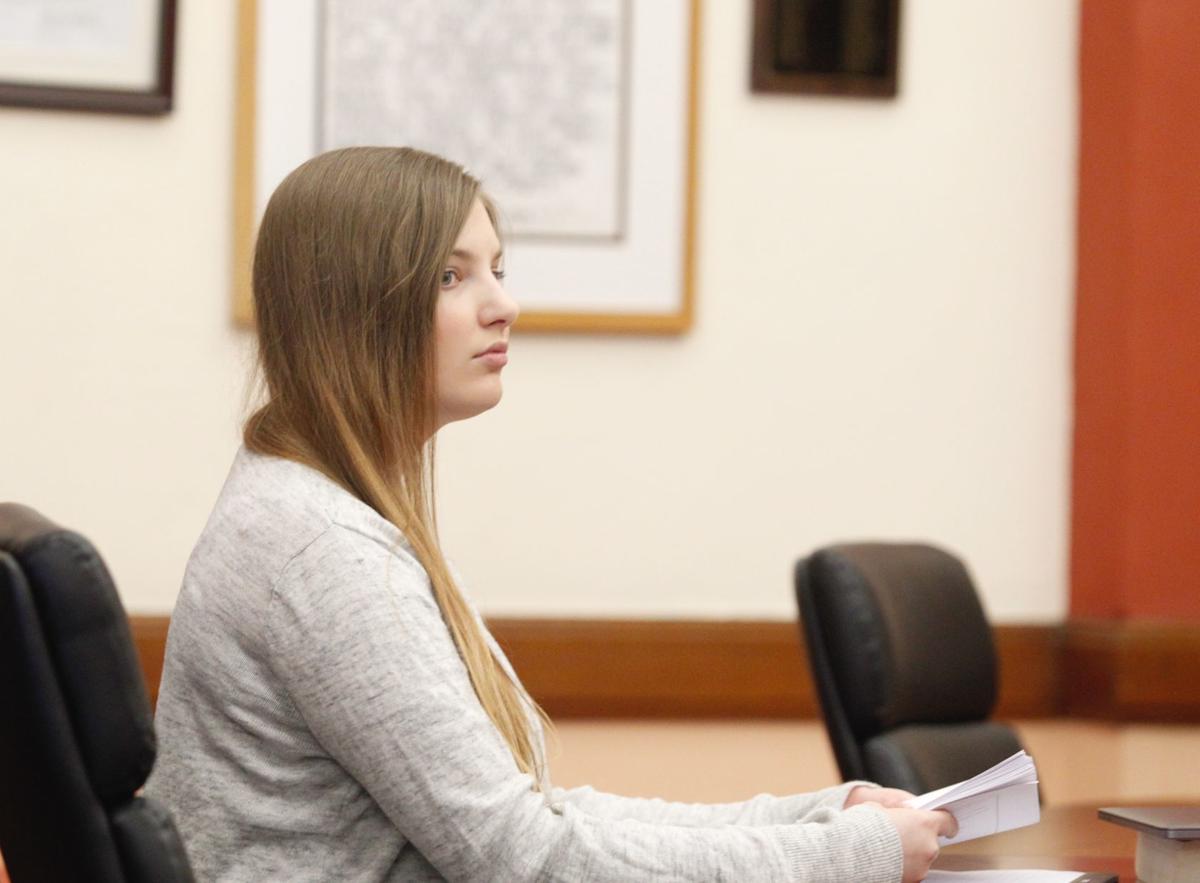 Cheyanne Harris is shown during a break in her first-degree murder trial Tuesday.

NEW HAMPTON — Cheyanne Renae Harris sat quietly and declined to address the court Tuesday as she was sentenced to spend the rest of her life in prison for allowing her baby to starve to death in 2017.

Dressed in jail stripes and an orange coat, Harris, 21, formerly of Alta Vista, showed no emotion as Judge Richard Stochl imposed the only sentence possible for first-degree murder under Iowa law — life in prison without parole.

Authorities allege Harris allowed 4-month-old Sterling Koehn to slowly die of malnutrition, dehydration and infection in a maggot-infested diaper in a back bedroom in their Alta Vista apartment over a period of weeks.

No family members were present in the courtroom during Tuesday’s sentencing hearing. The only other person in the audience who wasn’t law enforcement or media was a resident of Elma, one town over from Alta Vista, who had been following the case.

A blue ribbon with the baby’s handwritten name adorned her winter coat.

“She deserves it,” said Kim Theis, a former California and Minnesota resident who moved to Iowa about nine years ago. “I don’t understand how she can sit emotionless like that. I was tearing up in there, and I saw nothing from her.”

After news of the arrest in Sterling’s death spread in the fall of 2017, it was Theis, who had no connection with the infant or his family, who organized a candlelight vigil that drew about 100 people. She is currently working to change laws regarding drug testing at birth and operates the Justice for Baby Sterling Facebook page.

Theis said her group also plans to set up a bench in memory of Sterling in Alta Vista’s park.

“I felt that somebody needed to make sure this baby is remembered,” Theis said.

A jury found Harris guilty of murder and child endangerment resulting in death earlier this month following trial in Le Mars, where the trial had been moved on a venue change. At sentencing, the child endangerment charge was merged with the murder charge.

The child’s father, Zachary Koehn, called authorities to their apartment Aug. 30, 2017, after Harris reported the infant had died. Investigators found maggots developing in Sterling’s diaper, and officials determined the diaper hadn’t been changed in 10 to 14 days before the 911 call.

Koehn, 29, was convicted of first-degree murder and child endangerment causing death in November. He also was sentenced to life in prison.

Cheyanne Harris declined to comment to the court during sentencing on Feb. 19, 2019.

Cheyanne Harris is shown during a break in her first-degree murder trial Tuesday.