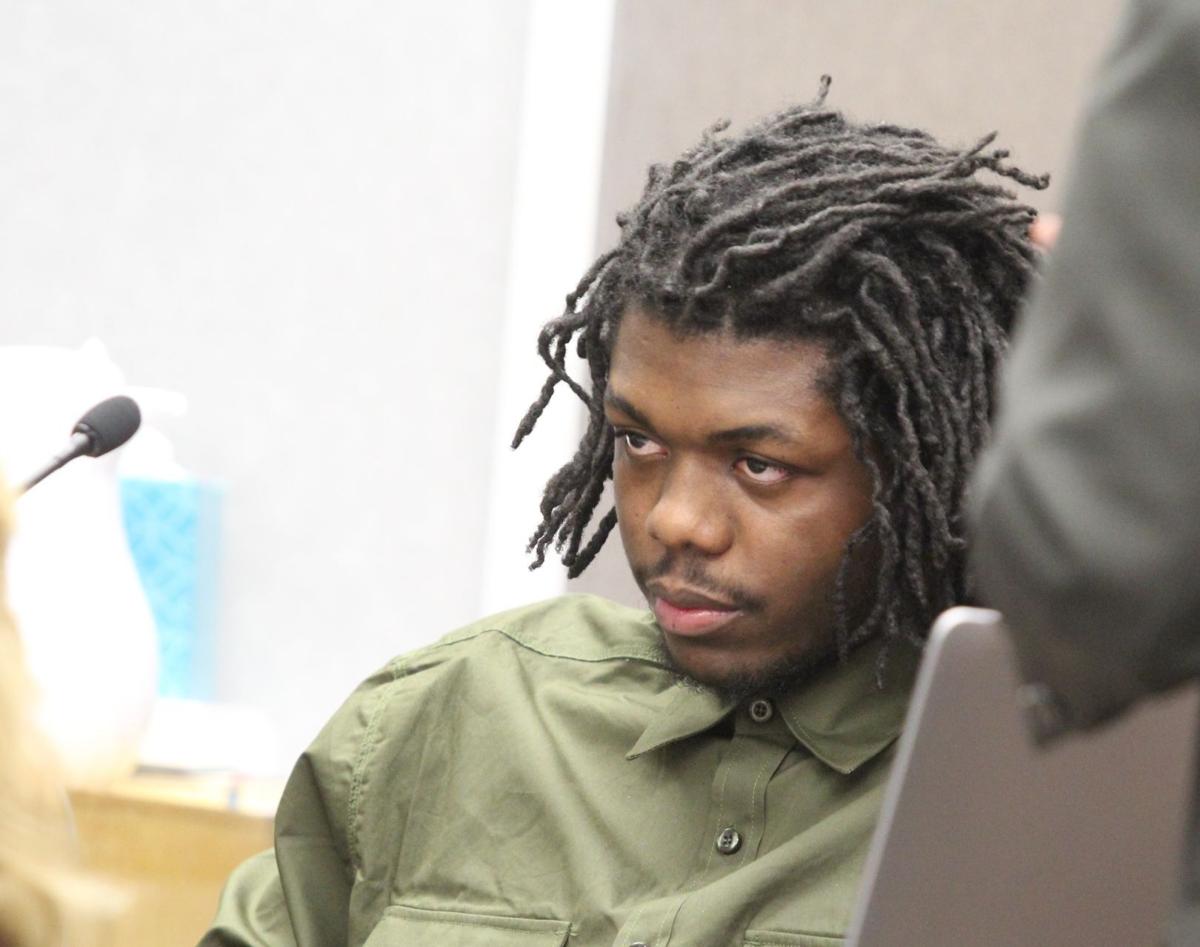 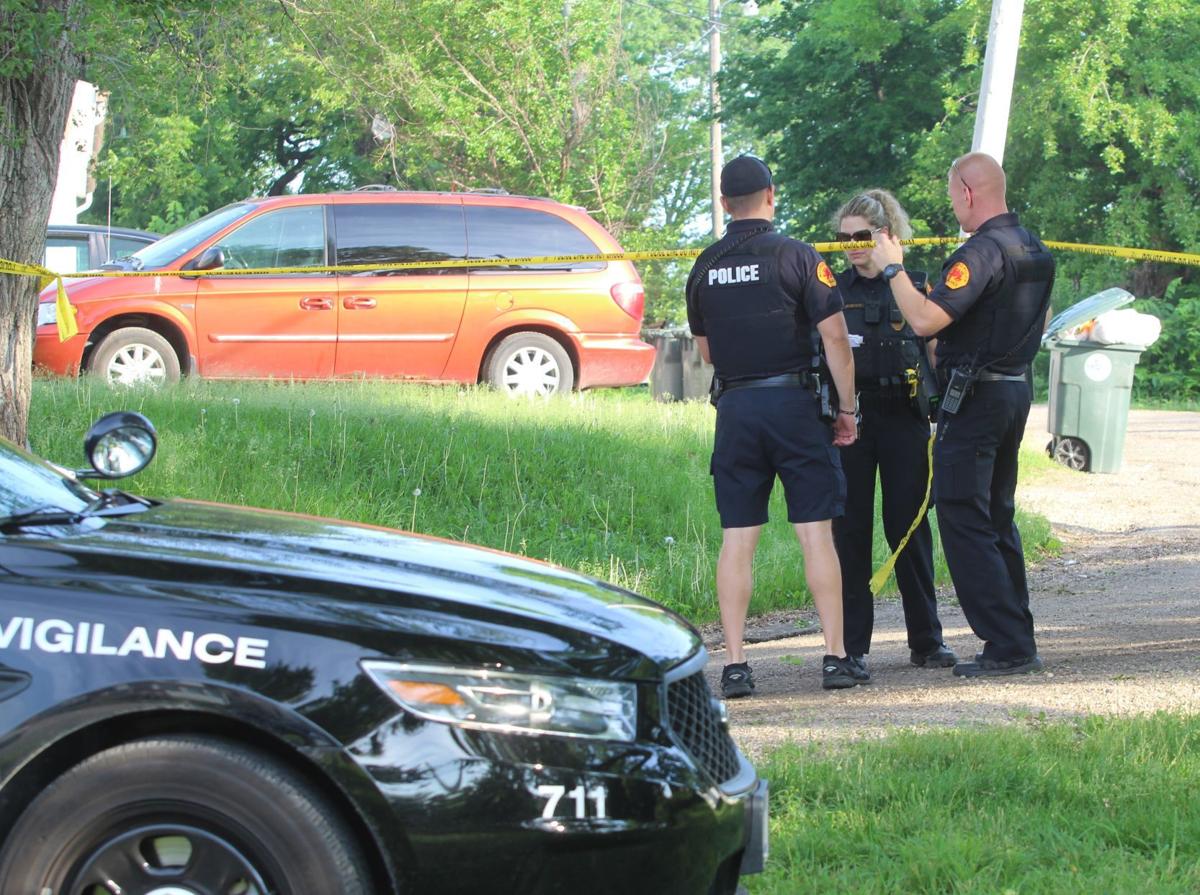 Police are investigating a body found in the alley behind South Street and the 1200 block of Washington Street on Thursday.

WATERLOO — Raymond Duke Birden Jr. watched as his brother, Otavious Brown, was killed in a 2016 drive-by shooting on Logan Avenue.

Now police claim Birden is responsible for the May killing of Shavondes Martin, one of the men acquitted of murder in Brown’s death.

Authorities arrested Birden Jr., 20, on Monday on a charge of first-degree murder in connection with Shavondes Martin’s slaying. Bond was initially set at $1 million.

Birden is the second person charged in Shavondes Martin’s death. On Nov. 13, Martin’s cousin, 22-year-old Danaesha Lynne Martin, was detained in Norfolk, Virginia, on a Waterloo murder warrant. She was returned to Iowa on Jan. 7 and remains in the Black Hawk County Jail pending trial.

Authorities said Shavondes Martin’s slaying was planned by several people, including Birden, ahead of time.

Court records said Danaesha Martin led Shavondes Martin into an ambush knowing he was going to be attacked. Witnesses saw Birden carrying a gun and leading him into the alley between the 1200 block of West Washington Street and South Street where he was later found dead, records state.

Danaesha Martin fled the state following the shooting. Birden also left town, records state, and police said in court records they later found messages between Birden and Shavondes Martin exchanged hours before the shooting where Birden threatened to kill him.

Court records show Birden is suspected of another shooting.

One arrested in Dec. 4 shooting

In 2015, he was arrested for intimidation with a weapon and felon in possession of a firearm in the Dec. 4, 2015, shooting at West Second and Allen streets that injured Donald Harris.

He was 17 at the time, and within a year prosecutors asked the court to temporarily dismiss the case because of difficulty locating witnesses for trial.

Two months later, Birden, his brother and others were hanging out outside a Logan Avenue home waiting for a friend when a sport utility vehicle drove by and the occupants began shooting.

WATERLOO — One of the last things Raymond Birden Jr. heard his brother say was a warning.

Birden would later recount for a jury seeing muzzle flashes and running from the shots. He saw Brown jerk when a bullet hit him, and he loaded Brown into his father’s Audi and headed for the hospital. Brown was pronounced dead at the hospital.

With the murder charge behind him, Shavondes Martin pleaded to a felony marijuana charge from a June 2016 traffic stop and was granted probation on May 3.

UPDATE WITH NAME: Homicide victim was earlier acquitted of murder

A neighbor found Shavondes Martin’s bullet-riddle body in an alley behind South Street in the early morning hours of May 31, months after a jury found him not guilty in Brown’s murder.

An autopsy determined two guns had been used to kill Shavondes Martin, according to court records.

In September, prosecutors renewed efforts to prosecute Birden in the 2015 shooting at West Second and Allen, arresting him on weapons charges. Jury selection for the West Second Street shooting is tentatively scheduled to begin today.

WATERLOO — Attorneys for a Waterloo teen convicted of murder in a 2016 shooting said racial comments are reason to grant their client a new trial.

WATERLOO — A Waterloo teen won’t receive a new trial after a juror raised alarms about alleged racial comments during his murder trial.

WATERLOO — A Waterloo woman has been arrested for murder in connection with the May 31 shooting death of her cousin.

WATERLOO — Shavondes Shaves “BUNZ” Martin, 22, of Waterloo, died Thursday, May 31, the result of a homicide.

WATERLOO — A woman has been returned to Iowa to face charges in a 2018 slaying of her cousin in Waterloo.

Homicide victim lost her son to homicide four months ago

WATERLOO – A Waterloo family has lost a second person to gun violence this year.

UPDATE: Fatal shooting is home to relatives of another murder victim

WATERLOO — Police continue to investigate a Monday night shooting that claimed the life of a Waterloo woman.

WATERLOO — A Waterloo teen on Monday told the stepfather of the young man he was accused of killing he was sorry for his loss.

A Waterloo man who was acquitted of murder charges in a 2016 shooting is back in jail for allegedly fleeing work release while serving time for unrelated weapons and charges.

Neighbors heard a commotion that ended with what sounded like fireworks the night Shavondes Martin was gunned down in an alley.

Danaesha Martin said she wasn’t told what was about to happen when she lured her cousin at the request of her ex-boyfriend. She didn’t have to be told.

Police are investigating a body found in the alley behind South Street and the 1200 block of Washington Street on Thursday. 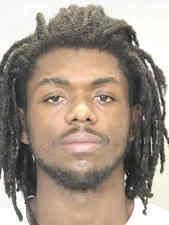 Trial goes to the jury in fatal 2018 shooting in Waterloo

Ambush slaying may be linked to 2016 drive-by killing 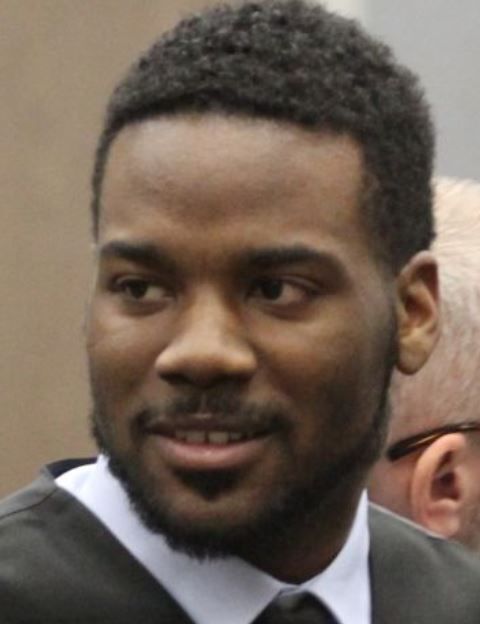