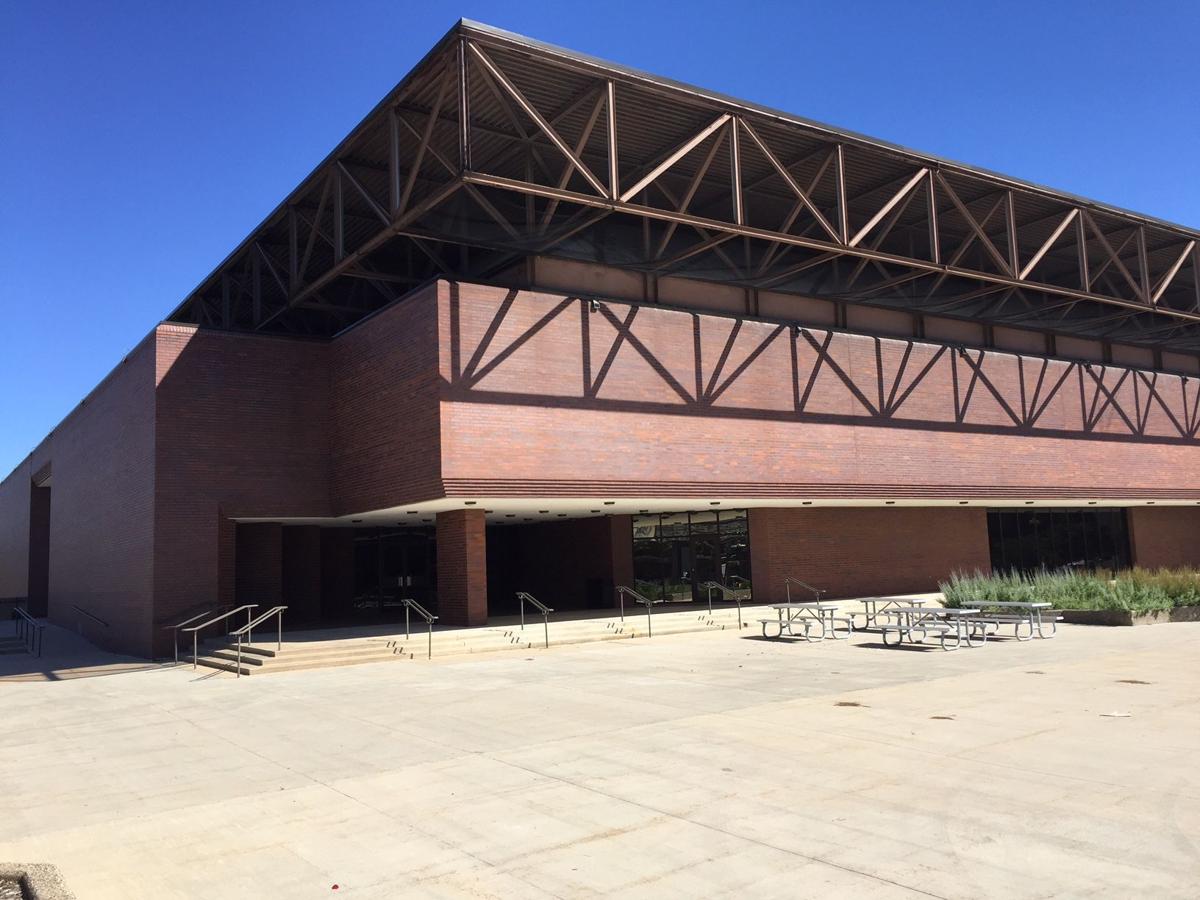 The city may sell the Five Sullivan Brothers Convention Center in downtown Waterloo. 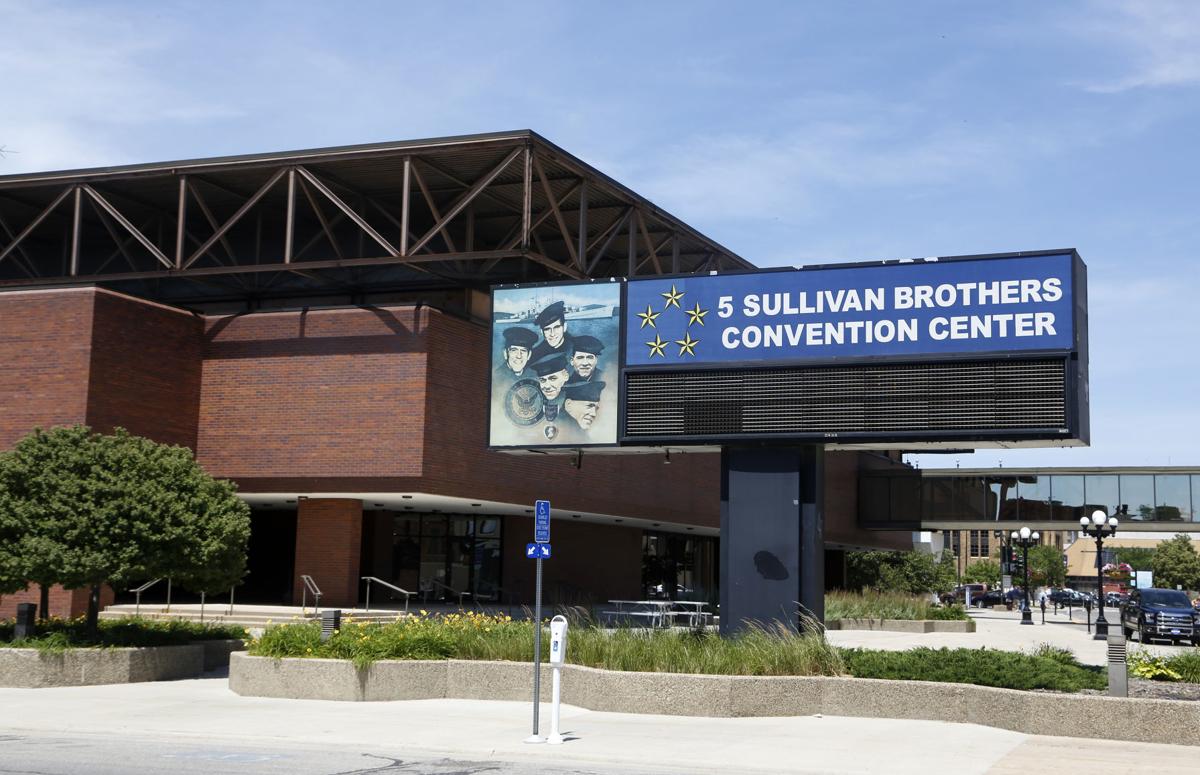 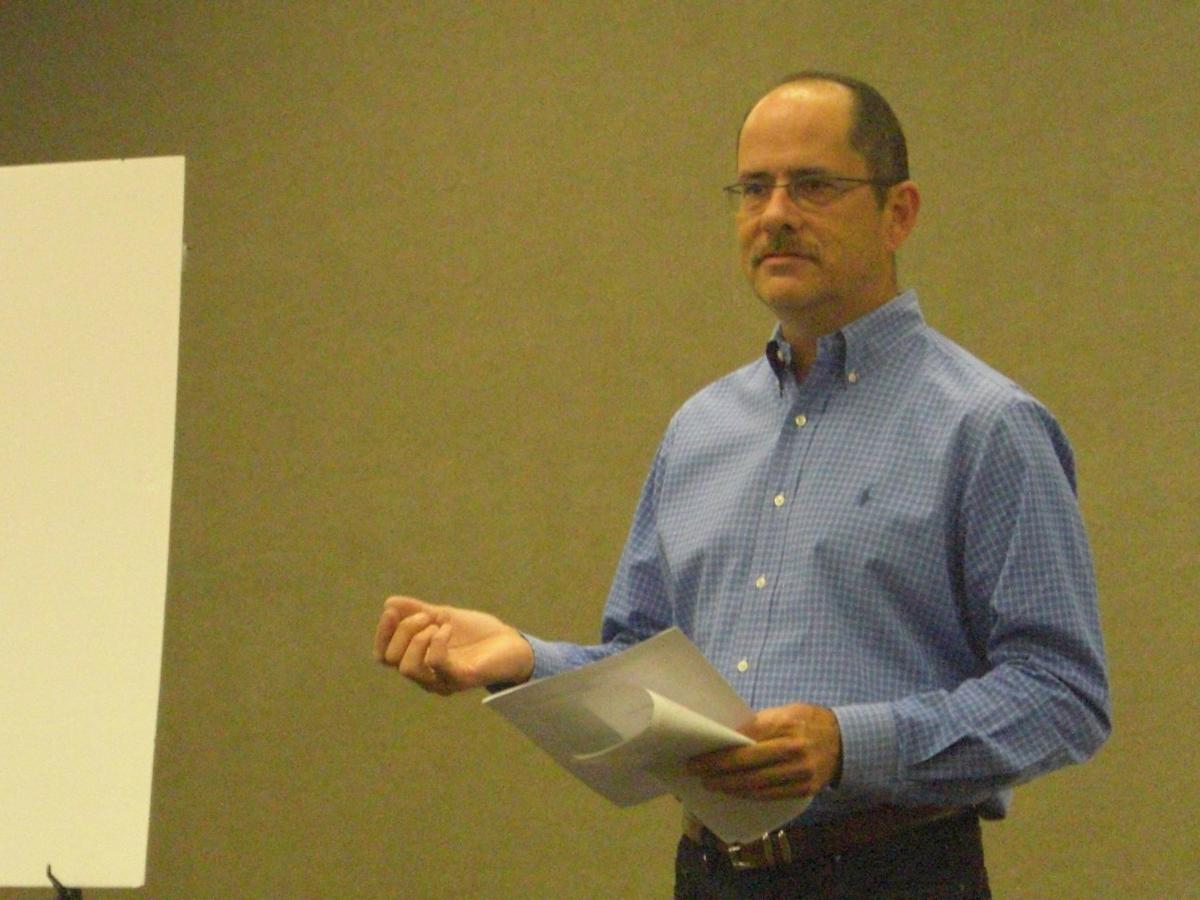 Edwin Leslie speaks about his ability to finance a renovation of the Five Sullivan Brothers Convention Center and Ramada Hotel during a presentation at the convention center in Waterloo Aug. 22, 2017.

WATERLOO – Architects who worked on a plan to renovate the Five Sullivan Brothers Convention Center and adjacent hotel told the court the man behind the project stiffed them for tens of thousands of dollars before the plan fell apart.

But the attorney for developer Edwin Leslie on Tuesday said he never had a contract with the architectural firm, Invision Architecture of Waterloo, as trial began in Invision’s suit against Leslie and his companies Leslie Hospitality Consulting and LK Waterloo.

LK Waterloo had planned to take over the city-owned convention center and buy the hotel from Watermark Hotel Equities in 2017, but the deal disintegrated when financing didn’t materialize.

On Tuesday, Michael Bechtel, a principal and project manager with Invision, said the Waterloo company completed $86,327.50 worth of work for which Leslie has yet to pay.

He said Invision was hired to determine the scope of the project, create architectural designs, building evaluations and other plans and documentation that Leslie, a Nebraska resident, could present to a bank to obtain financing.

Defense attorney Paula Roby said Invision didn’t have a contract with Leslie. The only agreement the firm was able to supply for trial was unsigned.

Bechtel said he and other Invision officials traveled to Omaha to meet Leslie at a Holiday Inn he operated in September 2017 to seal the deal. He said Leslie agreed to use an hourly approach because the entire scope of the Waterloo project wasn’t known at that time.

“We saw him sign the agreement,” Bechtel said. “We believe he retained it.”

He said after the signing, Leslie asked for a cigarette break and arranged breakfast for them. Following breakfast, they collected their bags, and Leslie gave them a tour of his properties.

Attorney Thomas Verhulst, who is representing Invision, said Leslie took the only signed copy of the contract.

During testimony, the plaintiffs introduced emails showing Leslie continued to collaborate with Invision staff following the meeting, and Leslie provided feedback during the process.

“It was very clear to our office that we were doing work for Edwin,” Bechtel said. He said at no point did Leslie tell him he hadn’t authorized the work.

Later in 2017, the decision was made to drop the Red Lion brand from the project in favor of another hotel flag, and not long after that they put together a request for proposals to find a general contractor.

Toward the end, Leslie admitted there were Invision invoices that needed to be “cleared up,” Bechtel said. He said Leslie told him he was days away from taking care of it, all he needed to do was close a deal with the bank.

After that, Bechtel said, he was unable to reach Leslie, and it wasn’t until early March 2018 that he got Leslie to answer the phone.

“I think he was surprised it was me,” Bechtel said. Leslie told him there were delays but the project was going through with a closing at the end of March.

He said that was the last contact he had with Leslie.

Under cross-examination by the defense, Bechtel admitted the contract didn’t contain a lot of details. There was no exit clause and it didn’t have language spelling out how disputes would be handled.

LK Waterloo filed a suit against the City of Waterloo in May alleging the city breached its deal to hand over the convention center. Attorneys for the city denied the allegations, and the matter is still pending in federal court.

WATERLOO — The former operator of the Five Sullivan Brothers Convention Center and Ramada Hotel has been sued over unpaid food service bills.

WATERLOO — A developer is still working to secure financing to buy the Five Sullivan Brothers Convention Center from the city.

Democratic presidential candidate Bernie Sanders has introduced a plan designed to limit corporate consolidation among journalism companies and curtail layoffs in the industry.

Gov. Kim Reynolds on Tuesday appeared to stray from a Republican precept of favoring state pre-emption over local control in certain regulatory circumstances.

San Francisco, a city described in song for its natural beauty, is descending into an abyss of homelessness, the use of sidewalks as toilets a…

The city may sell the Five Sullivan Brothers Convention Center in downtown Waterloo.

Edwin Leslie speaks about his ability to finance a renovation of the Five Sullivan Brothers Convention Center and Ramada Hotel during a presentation at the convention center in Waterloo Aug. 22, 2017.