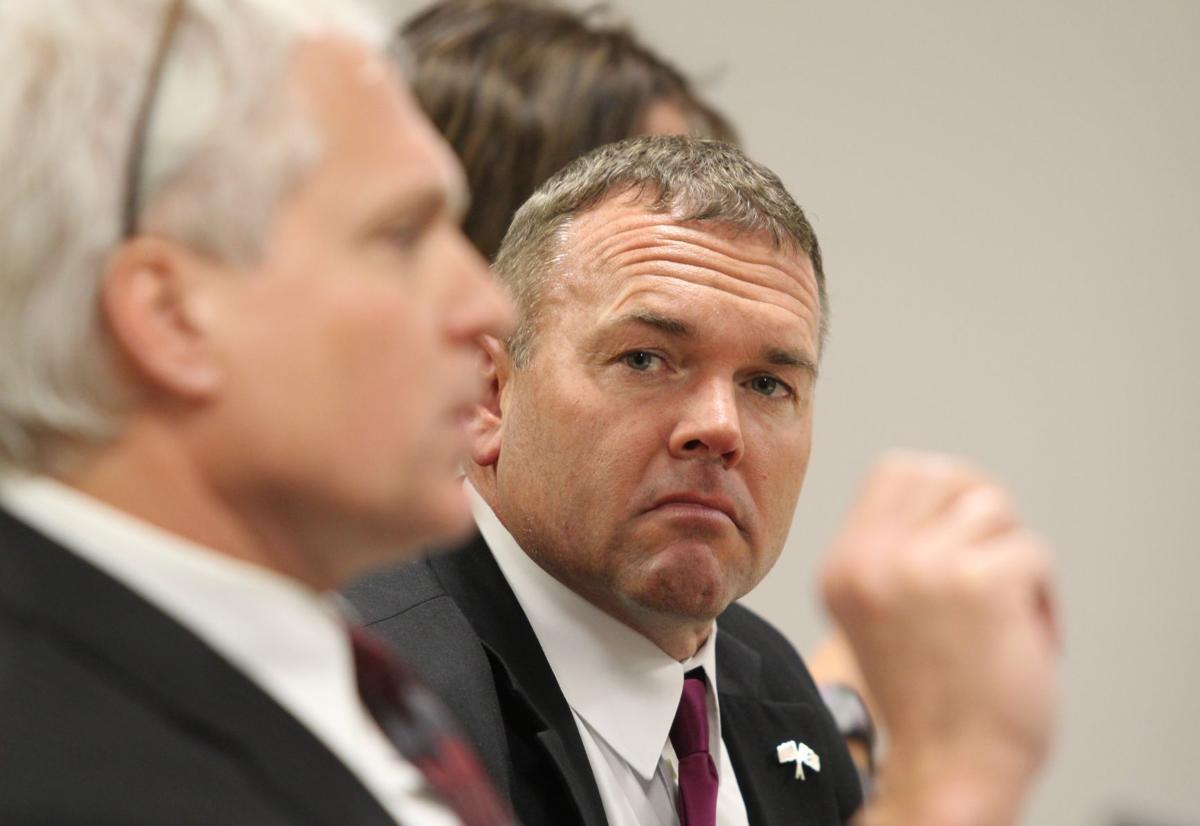 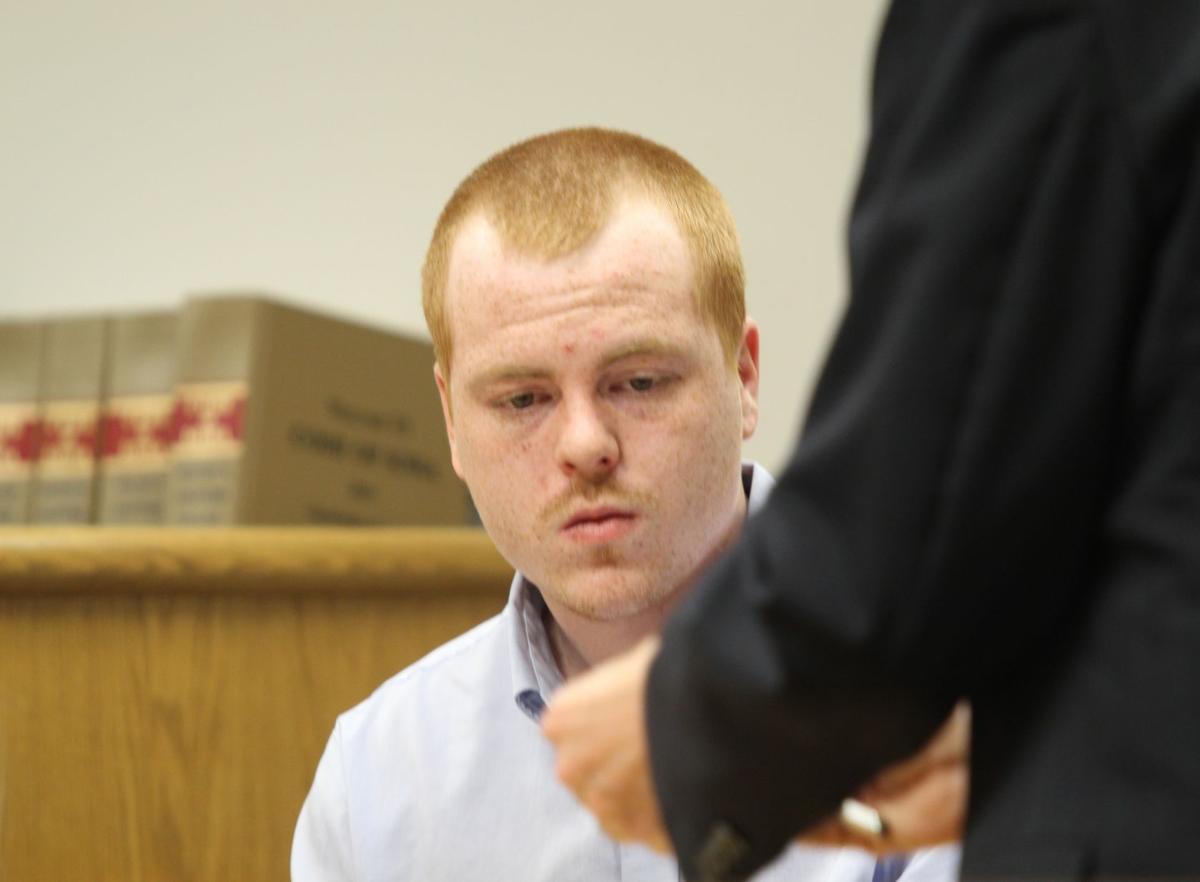 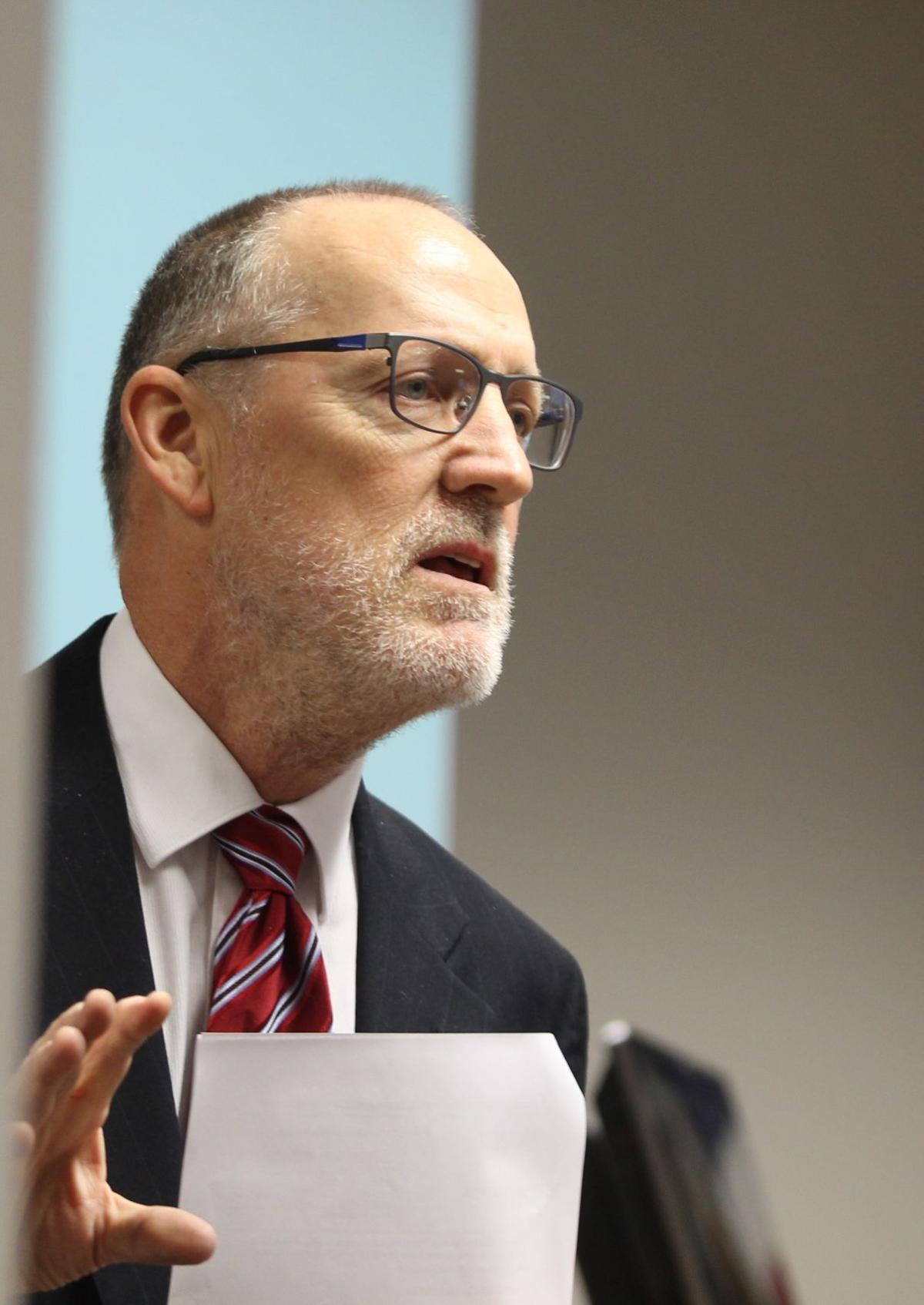 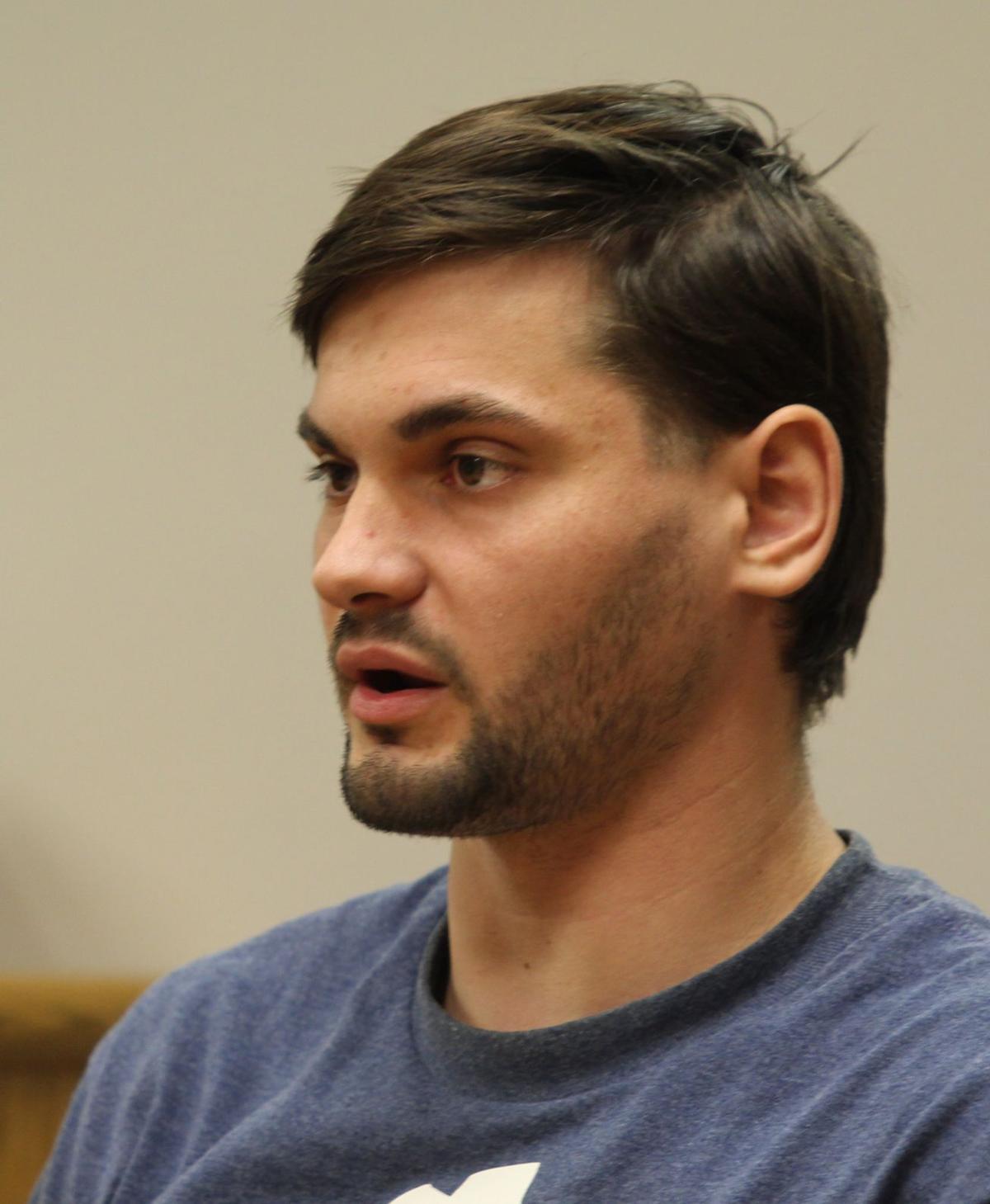 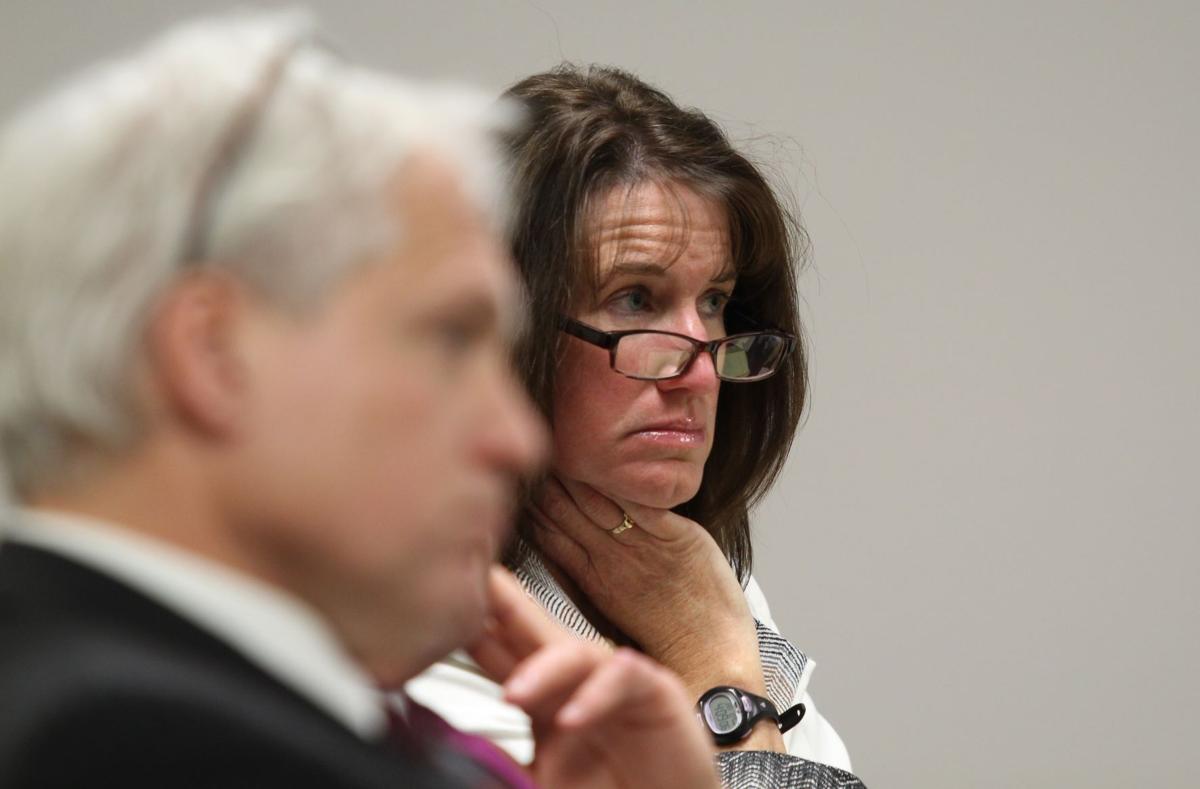 WATERLOO -- A delivery driver testified he had marks on his neck after an off-duty Waterloo police officer roughed him up during a road rage incident June 12.

Robert “A.J.” Carlisle Jr., 22, said Corbin Allen Payne banged on his vehicle, told him to step out and then pulled him from the driver’s seat after both vehicles pulled over in a strip mall parking lot on Kimball Avenue.

“I was pretty sore on my neck,” Carlisle told jurors Tuesday as trial started for Payne, a lieutenant with the Waterloo Police Department.

Payne, 45, is charged with misdemeanor assault causing bodily injury and has pleaded not guilty.

Carlisle, a driver for East China on Kimball Avenue, said the incident started when he was returning from a delivery and changed lanes on Ridgeway Avenue to avoid a vehicle ahead of him slowing for a right turn. He said he noticed a Red Ford Fusion began following him and assumed the Fusion driver was upset he had cut him off so he drove past the restaurant and stopped in the north end of the parking lot.

When the Fusion’s passenger -- Payne -- approached, Carlisle said he started to set his smart phone to record video and unlocked his door. But he said he wasn’t able to begin recording before Payne grabbed him.

“He had a hold of me, and I was trying to get him off,” Carlisle testified.

The encounter was witnessed by 27-year-old Nihad Masic, a passerby who was cutting through the parking lot on his way home. He told jurors he first assumed it was a father-son dispute with the older man pounding on the vehicle and screaming. He decided to intervene when it appeared to be getting out of hand.

Masic said Payne reached into the vehicle to put his hands on Carlisle, but he didn’t pull him out and just had him in the door jamb.

“He had his hands around his neck,” Masic said.

Masic yelled he was going to call the police, and Payne responded he was the police, Masic said. At about that time, Payne’s wife, who was driving the Fusion, told him they should leave, and they drove off, according to Carlisle’s account.

“Did it seem very believable that this guy roughing up this kid was a policeman?” Prosecutor Michael Whalen asked.

Payne’s attorney, Heather Prendergast, disputed the state’s version of the events. She said the delivery driver came up fast behind the Fusion as Payne’s wife was driving.

“She will describe that you get that feeling like ‘oh my gosh, what’s going to happen? I’m going to get hit,'” Prendergast said. “It comes up screaming behind her in the right lane, fastly pulls over into the left lane and then immediately pulls over in front of her again.”

She said they were alarmed by the driving. The wife chose to follow the car, which she said cut off another vehicle, and Payne got out to check on the delivery driver.

Prendergast said Payne told Carlisle to remain in the vehicle.

“Corbin is a police officer. Years of training. Years of walking up to vehicles. Years being told that the best way to contain a situation is just that, contain the situation,” Prendergast said.

She said Payne merely held his arm out and told Carlisle to stay as Carlisle tried to exit, and they then left when Carlisle got back in his car.

During cross-examination, the defense asked Carlisle if he had consulted a lawyer about pursuing a civil suit in the matter. Carlisle said he had but hadn’t filed a lawsuit.

“That I still have not made up my mind about,” Carlisle said.

Defense attorney Carter Stevens also questioned Masic about an earlier complaint he had filed against a different police officer in another matter. Masic said the officer had shocked him with a Taser while he was working on his mother’s car in her driveway. Masic went on to say about 50 percent of police officers exceed their authority, and he said he told Carlisle something similar had happened to him with police.

WATERLOO – A police officer charged with assault in a road rage incident may use a self defense argument at trial.

WATERLOO – A Waterloo police officer charged in a June road rage incident has pleaded not guilty.

WATERLOO — A ranking Waterloo police officer has been changed in connection with a June road rage incident. 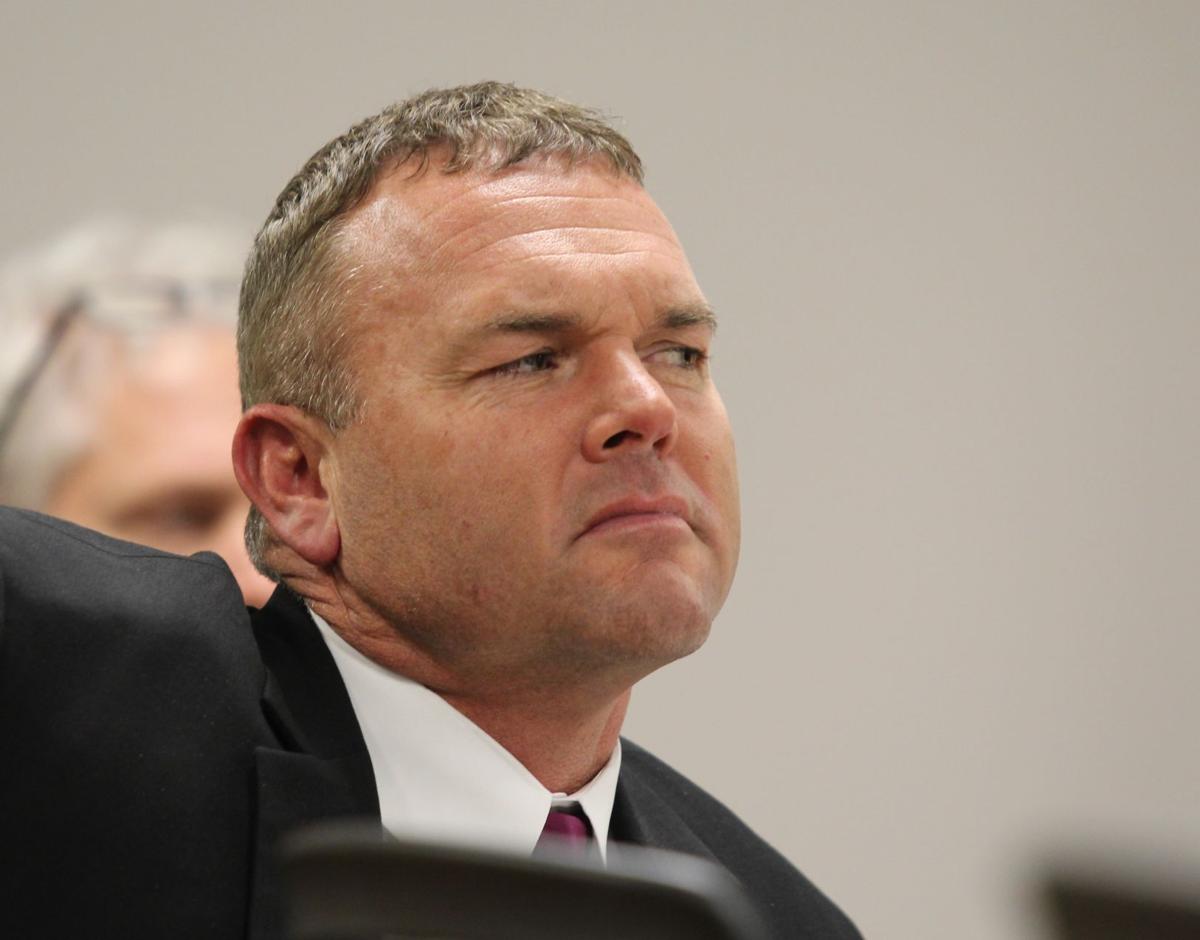