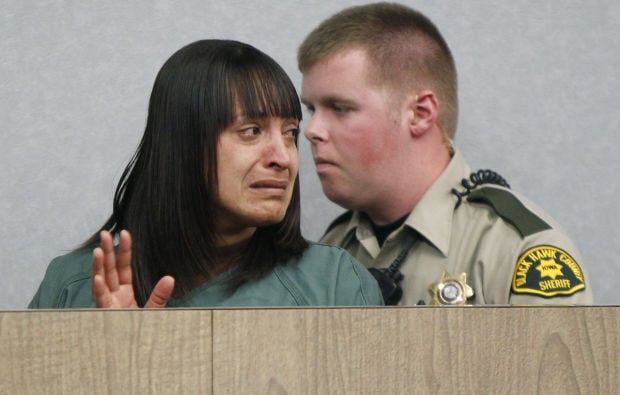 Ruthann Veal waves to her family as she is escorted from the Black Hawk County Courthouse Monday, Dec. 9, 2013, in Waterloo, Iowa. Veal was a minor when authorities said she killed Catherine Haynes in June 1993. She is now sentenced to life in prison with the possibility of parole. 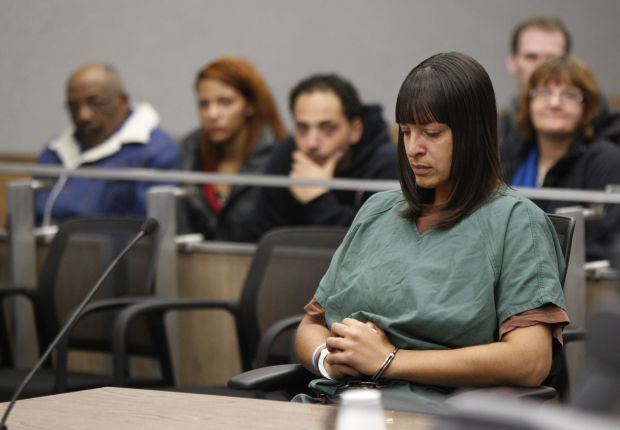 WATERLOO – Ruthann Veal, who killed an elderly Waterloo woman when she was a teenage runaway from Mason City in 1993, has been granted work release.

The move came Tuesday following an interview with a three-member panel of the Iowa Board of Parole, said Andrew Boettger, the board’s vice chairman.

“This grant was in comport with the Department of Corrections who recommended that level of transitional release for Ms. Veal at this time,” Boettger wrote in an email.

It wasn’t immediately clear when the transition would take place or where Veal would be serving work release.

Veal has been in prison since 1995, housed at the Iowa Correctional Institution for Women in Mitchellville.

Veal was only 14 years old when she repeatedly stabbed 66-year-old Catherine Haynes, a retired University of Northern Iowa librarian, in her own home in June 1993 and took her car and credit cards and went shopping. She was detained days later in Cedar Rapids.

A jury found Veal guilty of first-degree murder in adult court, and she was sentenced to the only punishment for the crime under state law — life in prison without parole. She was the youngest female in the adult correctional system when she entered.

She served more than two decades in prison before changes in federal law began reshaping her sentence and that of other youths serving life terms.

In 2012, in the cases of Miller vs. Alabama and Jackson vs. Hobbs, the U.S. Supreme Court ruled sentencing minors to life without parole amounted to cruel and unusual punishment.

Then-Gov. Terry Branstad addressed the high court’s ruling by commuting the sentences of Veal and others in her situation in Iowa to allow for parole board hearings after they served 60 years behind bars, but a subsequent Iowa Supreme Court ruling concluded the governor’s commutation still amounted to cruel and unusual punishment.

During a 2013 hearing in Black Hawk County District Court, Veal was sentenced to life with the possibility of parole.

UPDATE: Man in custody for double murder in Mason City

MASON CITY — Two people were killed and a third is accused of murder after an incident early Thursday in Mason City’s Highlands neighborhood.

Teen convicted of murdering cousin will get new sentencing hearing

CHARLES CITY | The Iowa Court of Appeals ordered a new sentencing hearing for a Charles City teen who was 14 when he killed his toddler cousin.

WATERLOO | A judge has turned down a former Waterloo man’s request for earlier parole in connection with a 1998 slaying.

One injured in Dewar stabbing

DEWAR – A teen was arrested following a stabbing near Dewar over the weekend.

WATERLOO – One person was taken to the hospital with cuts following a Wednesday morning argument in Waterloo.

Ruthann Veal waves to her family as she is escorted from the Black Hawk County Courthouse Monday, Dec. 9, 2013, in Waterloo, Iowa. Veal was a minor when authorities said she killed Catherine Haynes in June 1993. She is now sentenced to life in prison with the possibility of parole. 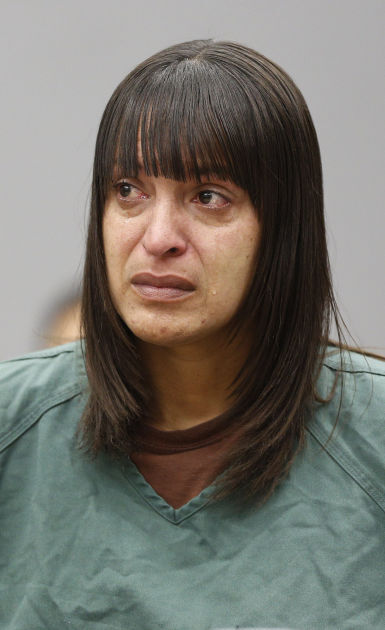