WATERLOO – Photos of a Waterloo Police Department squad car that is undergoing transformation to a new graphics design ignited a social media storm that led to the department pulling the post.

The police department is currently phasing out its historic red griffin insignia following community criticism that the emblem resembles a KKK dragon.

The griffin logo is currently on the doors of marked squad cars. As part of the City Council-mandated change the mythical beast will be disappearing from the vehicles. A new graphics package has been approved for the squad cars, which will be all black, but none of the cars have undergone the redesign, said Maj. Joe Leibold.

On Wednesday, the department’s Facebook page issued a post showing a photo of a police cruiser that had the griffin and the white quarter panels removed — the logo and white panels are actually done with vinyl wraps.

What followed in the comments section was the usual toxic social media fodder, which resulted in the police department removing the post.

A local TV station picked up on the online battle, calling the squad car photo a “rogue” post that was made without authorization.

On Thursday, the department shot back.

“That was not the case. The officer simply did not anticipate the conversation becoming uncivil so quickly,” the department post stated. “This department continues to expect all employees to provide all persons the most professional policing services possible. Change has always been a part of improving the policing profession. We will not, however, devolve, by responding to unprofessional personal attacks that serve only to facilitate division.”

During a June 1 city Finance Committee meeting, members voted 2-1 to authorize spending $8,000 from the department’s dash camera budget to remove the griffin wraps and install the new graphics on 32 squad cars. The cost is $250 per vehicle.

Last year, the city embarked on a project to develop a new insignia for uniform patches, vehicles and other police equipment. It ended with a patch bearing the words “Waterloo Police, Vigilance, Est. 1868” on a gold field.

Money to replace WPD griffin logo not approved in Waterloo's general budget; where will funds come from?

More than $78,000 to replace Waterloo Police Department uniforms with new logos was missing from the city's approved general budget in March. The city now says it plans to use the another funding source for the replacement.

The griffin on the police department’s patch came under fire during Monday’s City Council meeting as a local attorney called the creature a racist symbol.

Margaret Klein’s request for Fitzgerald to resign came days after a Monday City Council work session where Klein questioned the chief about operations at the department. 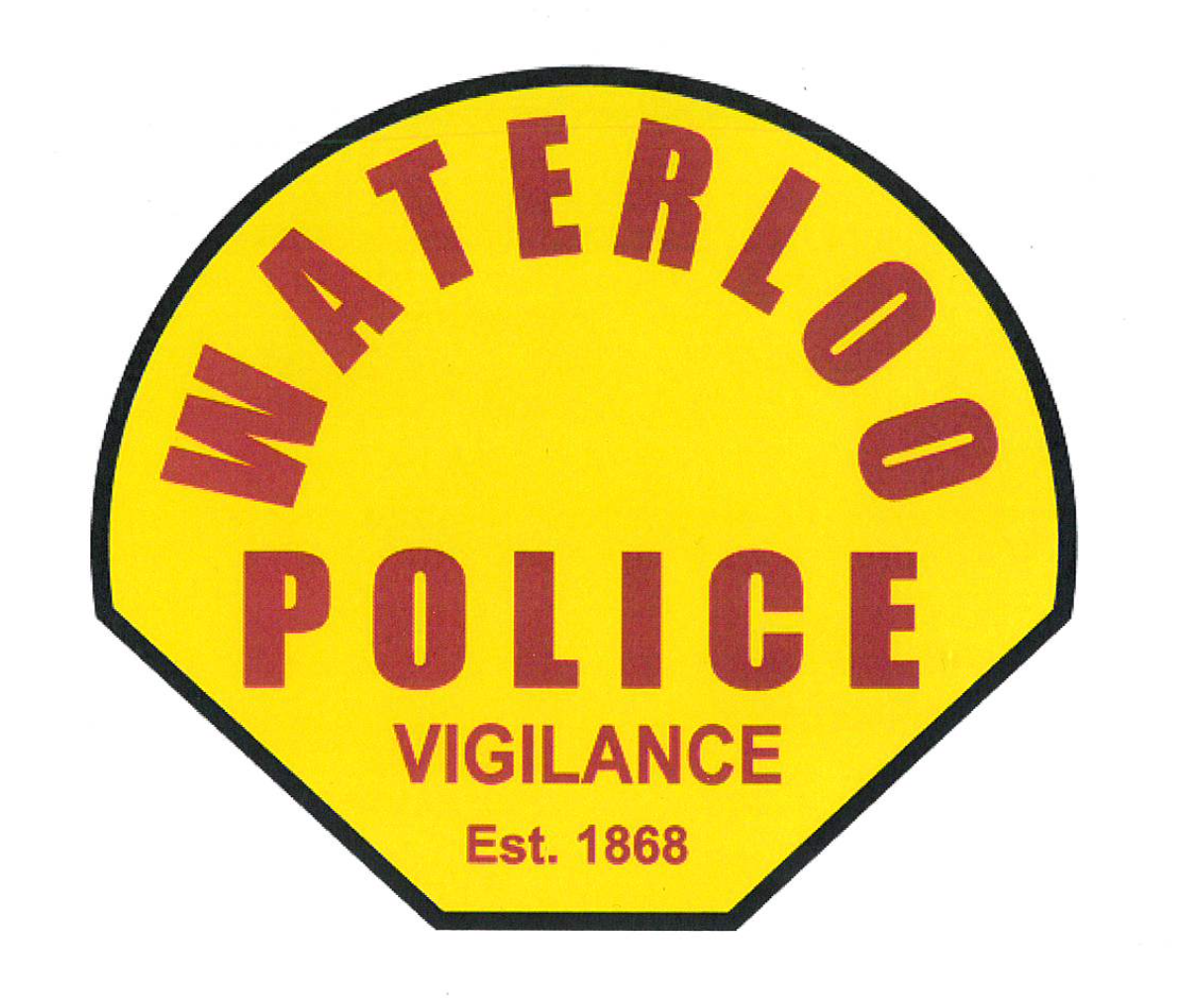 The new logo for the Waterloo Police Department.