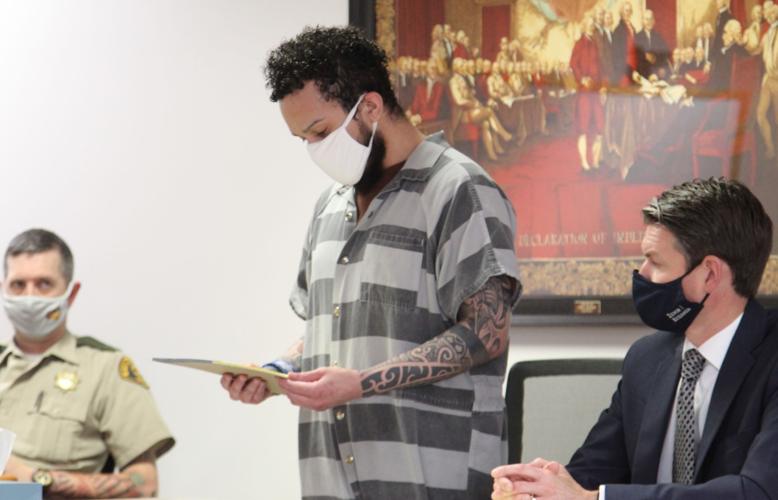 Kevin Josue Cruz Soliveras, center, reads a statement in the jail courtroom at his sentencing Friday. 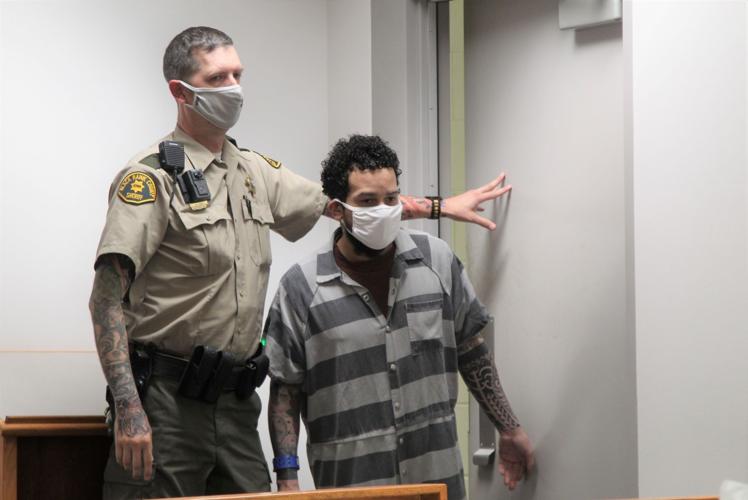 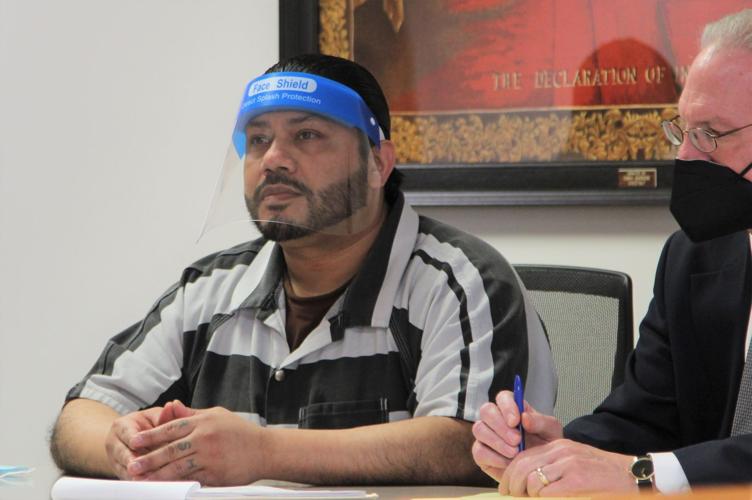 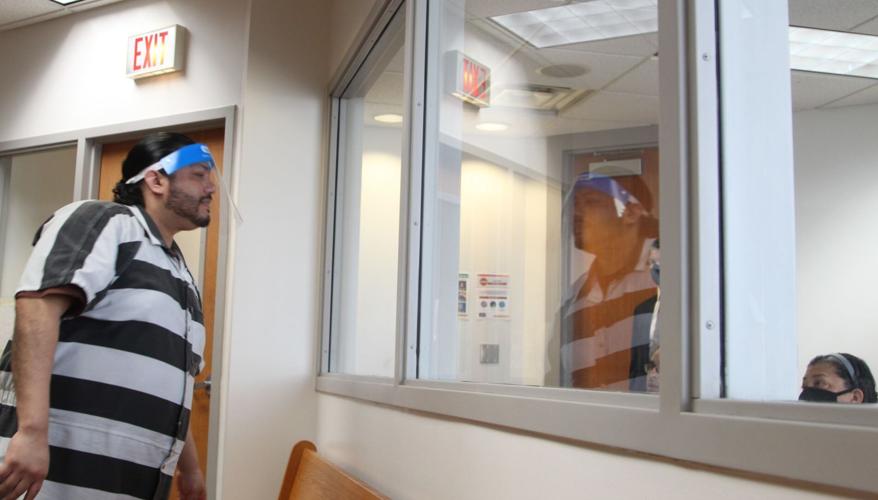 WATERLOO – A former professional boxer at the heart of a fatal 2020 armored truck robbery and a spree of business fires and home burglaries said drugs were behind the crimes.

Kevin Josue Cruz Soliveras, 30, apologized to the court and those he harmed Friday as he was sentenced to up to six decades in prison.

“I let drugs numb by senses and take control of my life and manipulate my morals taught to me growing up in a good family. My actions have brought them much shame. I am remorseful and embarrassed and ashamed of myself. I don’t know what I was thinking; in fact I can’t say that I was thinking,” Cruz said. “I stand here today to say I regret every single thing I’ve done. I am truly sorry.”

On Friday, Judge Andrea Dryer sentenced Cruz under a plea agreement to a string of prison stints adding up to 60 years behind bars with at least 20 years before he is eligible for parole.

Assistant County Attorney Brad Walz said the sentence was warranted because of the number of crimes and the extent of the damage.

“The defendant did cause damage to a great deal of homes and businesses, obviously the arsons to the Wishbone restaurant and the Maple Lanes bowling alley were significant. Both had to be fully done, Wishbone never reopened. Obviously, the armored car robbery … caused the loss of like of one of the defendant’s co-conspirators and placed the guards at great danger,” Walz said.

Charges of trafficking stolen firearms were dismissed as state authorities anticipate a federal indictment in that matter.

Authorities said Cruz and others were involved in a string of home and business burglaries. The crimes eventually escalated to a break-in and arson at Maple Lanes Bowling Center — where they overpowered a night maintenance worker and left him in the burning building — and the fiery destruction of The Wishbone restaurant, where a firefighter partially fell through the floor and was momentarily trapped.

The spree came to an end in hail of gunfire March 11, 2020, when Cruz and others pulled up to a Rochester armored car outside a bank in an attempted robbery. Alleged robber Bryce Altman Miller, 37, who was wielding two pistols, was shot and killed by guards.

Cruz, who was the initial getaway driver, and Rogelio Gonzalez, who jumped out with Miller, suffered minor gunshot wounds and fled the scene before they were captured. Justina Lynn Davis, 29, who was waiting in a second getaway car, was also arrested.

None of the victims spoke during Friday’s sentencing but some had submitted written statements to the court, Walz said.

Davis earlier pleaded to a reduced charge of second-degree robbery and in August was sentenced to up to 10 years in prison.

The last holdout of the armored car robbery crew, Gonzalez, had been set to begin trial later this month. But on Friday he also pleaded guilty and requested immediate sentencing.

“I want to apologize for my mistakes and I take full responsibility,” Gonzalez said.

He entered a plea to a lesser charge of second-degree robbery as a habitual offender. Because of prior felony convictions for possession of meth with intent to deliver in 2001 and 2007, his sentence was enhanced to 15 years in prison with 10 years and six months before parole eligibility.

Gonzalez’s sentence will run concurrent with a parole violation for the most recent drug charge.

Man arrested for OWI after his car takes gunfire

WATERLOO – A Cedar Rapids man was arrested on drunken driving charges after his vehicle was struck by gunfire early Sunday.

A Janesville man who was caught with 1.6 kilograms of meth and guns in 2020 has been sentenced to more than two decades in prison.

Bond has been set at $150,000 for a Waterloo man accused in a drug trafficking investigation.

Police are investigating break-ins at two convenience stores over the weekend.

A woman told police she was beaten and her cell phone stolen when haggling over a puppy sale broke down Saturday.

A former Waterloo woman has been sentenced to prison for her part in what prosecutors said was a large-scale drug trafficking organization with ties to Mexico.

WATERLOO — A former armored car employee has been arrested for allegedly stealing thousands of dollars from his employer.

Video shows scene outside of elementary school shooting in Texas

Kevin Josue Cruz Soliveras, center, reads a statement in the jail courtroom at his sentencing Friday. 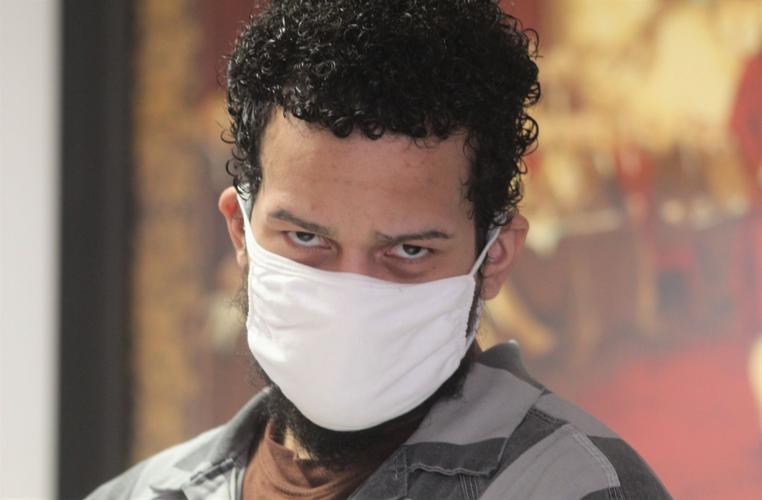 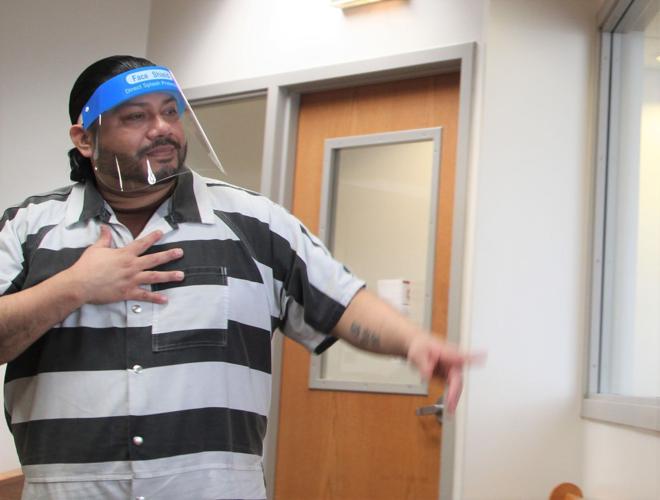 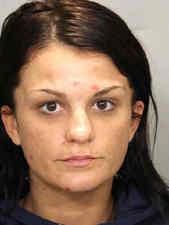 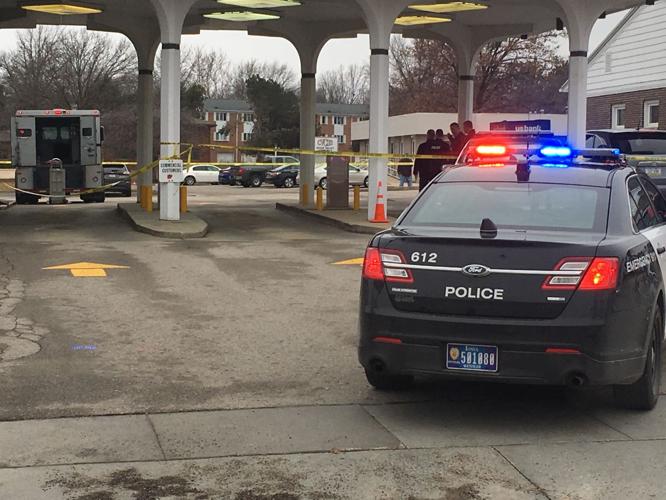 Crime scene tape surrounds the drive-through area of U.S. Bank on Kimball Avenue in Waterloo. An armored car with its back doors open can be seen in the background.