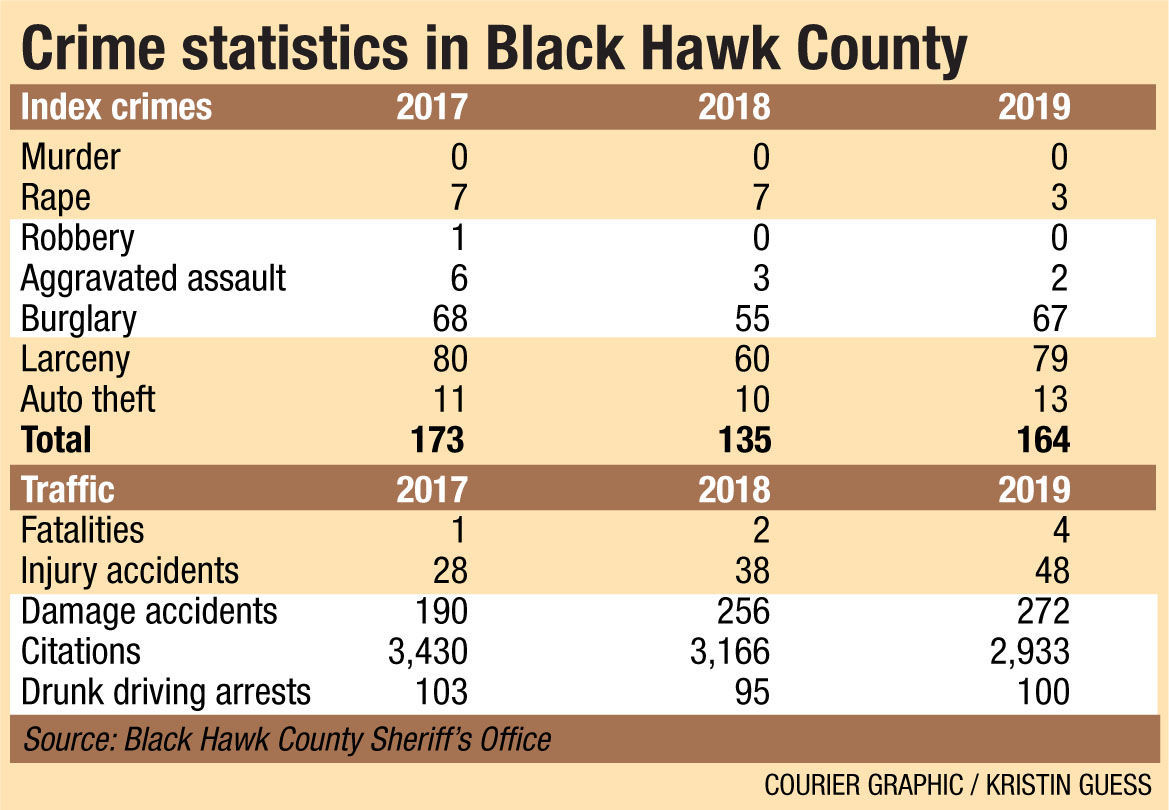 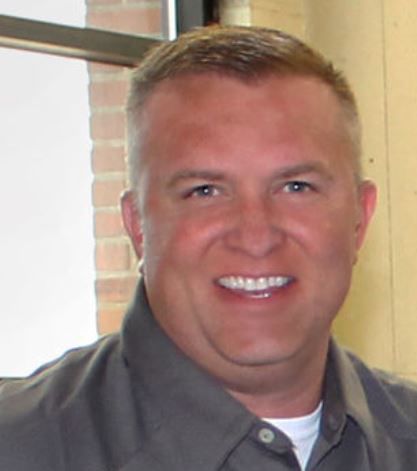 WATERLOO – Led largely by a drop in drug offenses, overall crime was down in rural Black Hawk County in 2019, according to figures released by the sheriff’s office.

“The good points are that crime continues on an overall downward trend. Unfortunately, burglaries and thefts demonstrated an uptick during 2019,” Sheriff Tony Thompson said.

Reported burglary cases jumped from 55 in 2018 to 67 last year, and larceny — thefts — increased from 60 to 79. Auto theft went from 10 to 13, and rape and aggravated assault were down. Murder remained at zero.

When considering other offenses in addition to the index offenses, crimes dropped from 702 in 2018 to 599 last year, according to the sheriff’s office.

Drug violations saw the largest change, dropping from 347 to 213.

One area that concerns Thompson is an increase in jail population numbers.

“Our booking numbers are decreasing, but our average daily population continues to increase dramatically,” Thompson said.

Jail bookings dropped by about 500 to 6,565 in 2019, but average daily jail population went from 249 to 266, a three-year high. This largely represents people who are in jail awaiting trial, Thompson said.

“We are holding more forceable felons in the Black Hawk County Jail than ever in its history, and their heads stay in our beds for a much longer stay while navigating the courts. This creates a bottleneck that challenges us for bed space,” he said.

After a night in the farm fields and backwoods of rural Bremer County, two people sought following a high-speed chase stemming from a burglary investigation were located Thursday.

He has a long criminal history, including numerous convictions for theft and a conviction for attempted burglary.

Crime was down in Waterloo in 2019, call volume up slightly

The total number of index crimes --- murder, robbery, rape, aggravated assault, burglary, larceny and auto theft --- were at a five-year low with 1,859 in 2019.