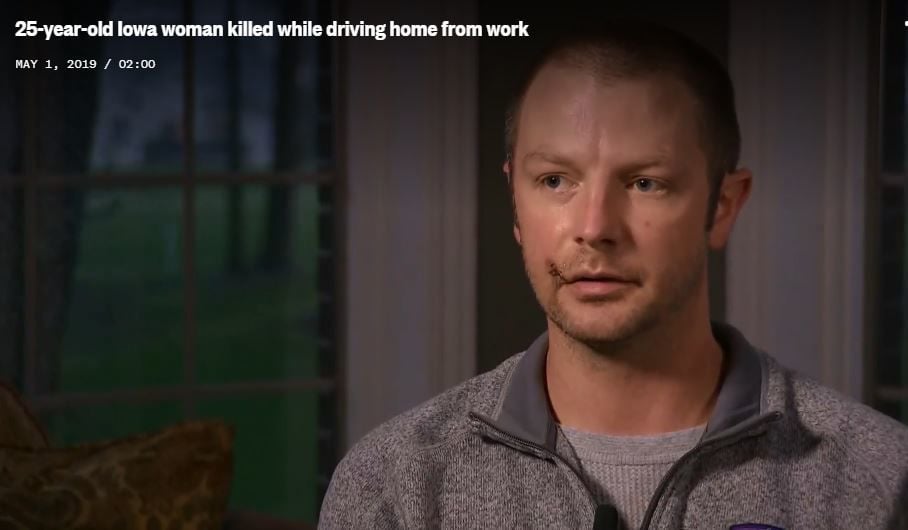 Adam Kimball speaks on camera with NBC News in this screenshot, his mouth stitched up from where a bullet struck him.

Facing north at the wast side of the Highway 218 bridge over the Cedar River. Photographed Monday, April 29, 2019, in Waterloo, Iowa.

Facing north at the west side of the Highway 218 bridge over the Cedar River. Photographed Monday, April 29, 2019, in Waterloo, Iowa.

WATERLOO — The man wounded in Sunday’s U.S. Highway 218 shooting thanked well-wishers Wednesday and memorialized the woman shot and killed. Meanwhile, the reward for finding whoever shot into the SUV has reached $24,000.

Adam Kimball, a native of Waverly living in the metro area, posted publicly on Facebook to “thank everyone for the tremendous amount of support” after he was shot and his girlfriend, Micalla Rettinger, was killed early Sunday as they drove on the highway.

“The amount of people who have reached out to me in every imaginable way possible has been very beneficial as I continue to struggle with the events that have taken place,” Kimball wrote in the post.

Kimball described how Rettinger had tried to instill in Kimball the importance of “love, friendship, dedication and achieving your goals, all areas I needed help.

“Micalla was the most loving, caring and selfless person I have ever met,” he wrote.

Describing the shooting to NBC News, Kimball said he had turned around to talk to the passenger in the backseat, who was sitting with a dog, King, Kimball and Rettinger had together.

“I’m laughing with my friend in the, you know, turned around in the backseat, petting the dog, and then all of a sudden it felt like chaos,” he said, stitches visible on the right side of his mouth.

“It wasn’t very long after that that I knew that that was probably the last time I would ever see her,” Kimball added.

Rettinger’s stepmother, Kelly Lange Rettinger, said in a Cedar Valley Crime Stoppers post that Rettinger “was a good girl” who tended bar “one night a week in Cedar Falls.”

“So senseless,” she wrote. “I can’t imagine anyone would target her. ... She was loved by all who knew her, never had enemies. She didn’t bother anyone.”

Kimball and Beecher Family Dentistry confirmed Wednesday that Rettinger, 25, a native of Lenexa, Kan., had worked for them as a dental assistant. It was unclear how long she worked at the office. Rettinger’s father has told media outlets she had a dream of becoming a dentist.

She was a 2016 graduate of the University of Northern Iowa, where she was a standout softball player. She also worked at Mulligan’s in Cedar Falls.

“Micalla Rettinger’s beautiful smile and upbeat personality will be missed more than words can express,” the dental office wrote in a Facebook post. “She was one of a kind and we were blessed to have had the privilege of having her on our team.”

Waterloo Police said Wednesday they’re seeking the public’s help in the investigation, and released a few more details about the case — including that they’re looking at “both vehicle and foot traffic.”

Police said they responded to a report of a vehicle accident on southbound U.S. Highway 218 on the Greenhill Road exit off ramp at 2:30 a.m. Sunday and found three adults and one dog in the vehicle.

Rettinger, who was driving, and front-seat passenger Kimball were struck by a bullet, later “recovered from the wound cavity of Adam Kimball” on Monday, police said.

Rettinger was struck in the neck and died from her injury, police said. An autopsy was conducted Tuesday, but results have not been released.

Kimball, also a Mulligan’s employee, was struck in the mouth by the same bullet, treated at the University of Iowa Hospitals and Clinics and has been released. The name of the third person in the vehicle has not been released.

Police didn’t specify the caliber or type of bullet but noted “it will undergo further examination as is consistent with a criminal investigation.”

“We are still seeking the public’s help in locating anyone who may have been in the area (of) Highway 218 between Cedar Falls and Waterloo on April 28, 2019, around 2:30 a.m. This includes both vehicle and foot traffic on or off the roadway along with anyone participating in any outdoor activities in this area,” police said in a Wednesday morning statement. “We continue to follow up all leads submitted by the community and are reviewing a multitude of surveillance and traffic cameras from the area.”

CEDAR FALLS — Competing against a somber backdrop on a dreary day that forced play inside the UNI-Dome, Northern Iowa’s softball team pulled t…

UPDATE: Micalla Rettinger funeral will be Friday in Kansas

WATERLOO — Family and friends of Micalla Rettinger, who grew up in Lenexa, Kansas, and who was the victim of a seemingly random shooting in Wa…

Adam Kimball speaks on camera with NBC News in this screenshot, his mouth stitched up from where a bullet struck him.

Facing north at the wast side of the Highway 218 bridge over the Cedar River. Photographed Monday, April 29, 2019, in Waterloo, Iowa.

Facing north at the west side of the Highway 218 bridge over the Cedar River. Photographed Monday, April 29, 2019, in Waterloo, Iowa. 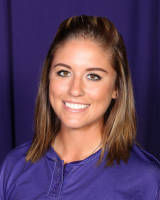