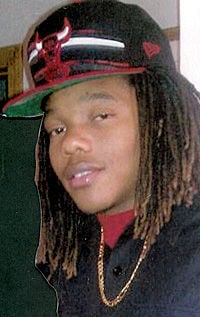 WATERLOO — The city of Waterloo’s insurance company has settled a wrongful death lawsuit over a 2012 police shooting.

Relatives of Derrick Ambrose Jr. took the city to court in connection with the brief foot chase outside a nightclub that led to Ambrose’s death.

In December, a district court judge signed off on a $2.5 million settlement with the city’s insurance carrier.

According to court records, the estate will receive $1.255 million, which will go to Ambrose’s parents. Attorney’s fees of $1 million will be split between the Tom Frerichs Law Office of Waterloo and the Spence Law Firm of Jackson, Wyo., which represented the family. A total of $244,246 will go to litigation expenses.

On Friday, Frerichs filed papers to dismiss the civil suit, which had been filed in U.S. District Court in Cedar Rapids.

As part of the settlement, the city and officers admitted no wrongdoing.

Frerichs couldn’t be reached for comment, and Police Chief Daniel Trelka, also the city’s director of safety services, declined to comment on the settlement Friday.

Local civil rights leaders called for a federal investigation. A 2013 grand jury probe declined to charge the officer, Kyle Law, and the decision was met with protests. The settlement comes amid a heightened national scrutiny of police shootings nationwide.

Ambrose, a 22-year-old Waterloo resident, died Nov. 18, 2012, of gunshot wounds after running from police following a disturbance outside a nightclub.

According to a synopsis of findings released by the Black Hawk County Attorney’s Office following the grand jury session, Ambrose and his friends had been removed from the New World Lounge on Riehl Street following an argument. When an altercation started outside, Ambrose went to his car and obtained his 9mm Taurus pistol.

Law, who was in the area, saw the gathering and noticed Ambrose holding the handgun. The officer drew his own weapon and ordered Ambrose to drop his, and a pursuit ensued. Ambrose fled down a poorly lit street, according to the findings, and past a privacy fence where he apparently threw the Taurus.

Law didn’t notice Ambrose disposing of the weapon and continued the chase until Ambrose tripped and fell. Ambrose ignored Law’s commands to remain on the ground and started to rise. He turned toward Law, who thought he was about to be shot and fired two shots, according to the statement. Ambrose was struck in the rear right of the head and right leg and died at the scene.

The lawsuit alleged Law’s statements didn’t match the account of a neighbor who watched the events unfold and called 911. It said Ambrose didn’t pose a treat and called the use of force disproportionate.

Ala. youth ranch mourns death of 8 kids in crash

Ala. youth ranch mourns death of 8 kids in crash

WATERLOO — A bad claims history has the city bracing for a major increase in liability insurance premiums next year.

WATERLOO | The family of a Waterloo man who was shot and killed by police in 2012 is taking the city to court.

Shooting area resident talks about where handgun was found

WATERLOO, Iowa --- Investigators found a handgun across a fence from where a Waterloo resident was shot by police following a disturbance outs…

WATERLOO, Iowa --- Friends of Derrick Ambrose Jr. have questions after he was shot and killed by police during a disturbance outside a nightclub Sunday. And they said a Monday City Hall press conference didn't offer any answers.

WATERLOO, Iowa --- Local civil rights leaders have asked for the federal government to investigate the Sunday morning incident where a police …