MASON CITY — A Mason City Police Department search warrant has been executed against a person of interest in the Jodi Huisentruit case, according to a nonprofit website dedicated to educating the public about the missing woman.

The warrant was sealed the same day, meaning no other information is publicly available about why the search was ordered or what was discovered. In October 2017, a judge ordered the documents would remain sealed for another year.

The search warrant filed for vehicle GPS data related to Vansice. The warrant has been sealed since it was filed, meaning no additional information is available publicly.

“The search warrant you are referring to is part of our ongoing investigation,” Brinkley said. “We do not have any public comment at this time about the content of the search warrant or the person(s) named in it.”

Vansice, now 72 and living in Arizona, was an acquaintance of Huisentruit and is believed to be one of the last people to see the 27-year-old woman alive.

Huisentruit was declared missing June 27, 1995, after telling a colleague she was on her way to work.

Vansice passed a polygraph test shortly after Huisentruit’s disappearance. Huisentruit told a colleague she was on her way to work that morning, but never showed up. Police found signs of a struggle outside her Mason City apartment.

In 2004, police checked the basement of a home formerly occupied by Vansice but said the search yielded no new information.

However, Vansice remains a “person of interest” in the case, Lt. Frank Stearns told the Globe Gazette in 2010.

Anyone with information about Huisentruit’s disappearance is asked to contact Mason City Police Lt. Rich Jensen at (641) 421-3636.

Whether they went missing a few days or a few decades ago, their family and friends haven't stopped looking for these northeast Iowans. Here a…

MASON CITY — Jodi Huisentruit’s 50th birthday June 5 will be marked by a new billboard campaign to help solve the mystery of her disappearance.

The headlines are so sad. Sometimes they cause chills, perhaps a tear or two, as they drag memories from the far reaches of our minds and souls.

ST. PAUL, Minn. (AP) — As the 20th anniversary approaches of the disappearance of TV anchor Jodi Huisentruit, her family, police and a dedicat…

CANISTOTA, S.D. | Jim Feldhaus, who for nearly 18 years voluntarily worked on the case of missing anchorwoman Jodi Huisentruit, has died.

SPRING VALLEY, Minn. --- Auditions are under way for a two-act play concerning the 1995 disappearance of KIMT-TV anchor Jodi Huisentruit.

MASON CITY, Iowa --- Former Mason City Police Officer Maria Ohl's fight to get her job back will continue this year when her latest appeal is …

MASON CITY, Iowa --- Maria Ohl, the fired Mason City police officer who is acting as her own attorney at a Civil Service hearing, may call her…

Psychologist: Fired officer unfit for duty because of fear of fellow officers

MASON CITY, Iowa --- Mason City police officers were not working on the day the Rev. Shane Philpott says he talked to them about possible poli…

DES MOINES --- Time and money are running out for the state's two-person cold case unit.

MASON CITY, Iowa --- Most of the information brought to a national TV audience Wednesday about missing KIMT anchorwoman Jodi Huisentruit was f…

MASON CITY — Human remains, likely of someone who died between 5 and 15 years ago, were found two weeks ago in north Iowa. 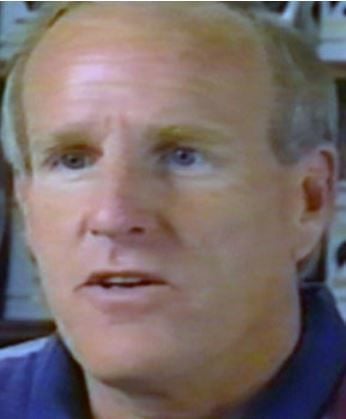 John Vansice, an acquaintance of Jodi Huisentruit, is believed to be the one of the last people who saw the 27-year-old news anchor alive before her disappearance on June 27, 1995. He was named in a March 2017 search warrant. 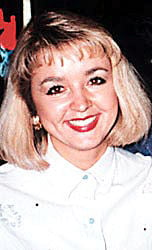