WATERLOO – A Waterloo man who was serving time for killing a public defender in 1983 has died in prison.

Ronald Harris Brown died around 9:35 a.m. Wednesday following complications from an apparent suicide attempt, according to the Iowa Department of Corrections. He was 80.

The death is under investigation, which is standard practice for all suspected suicides.

Brown had been serving a life sentence at the Clarinda Correctional Facility for first-degree murder for killing Assistant Public Defender Alvin Davidson on Jan. 10, 1983.

Davidson, 41, had been involved in a shootout with his brother-in-law, Jan Hollins, a year earlier, an incident that left Davidson in a leg cast and Hollins facing an attempted murder charge.

With Hollins’ trial approaching, Brown and others planned to kill the state’s main witness — Davidson. Brown, who had served prison time with Jan Hollins years earlier, was tapped to be the gunman, according to Courier archives. 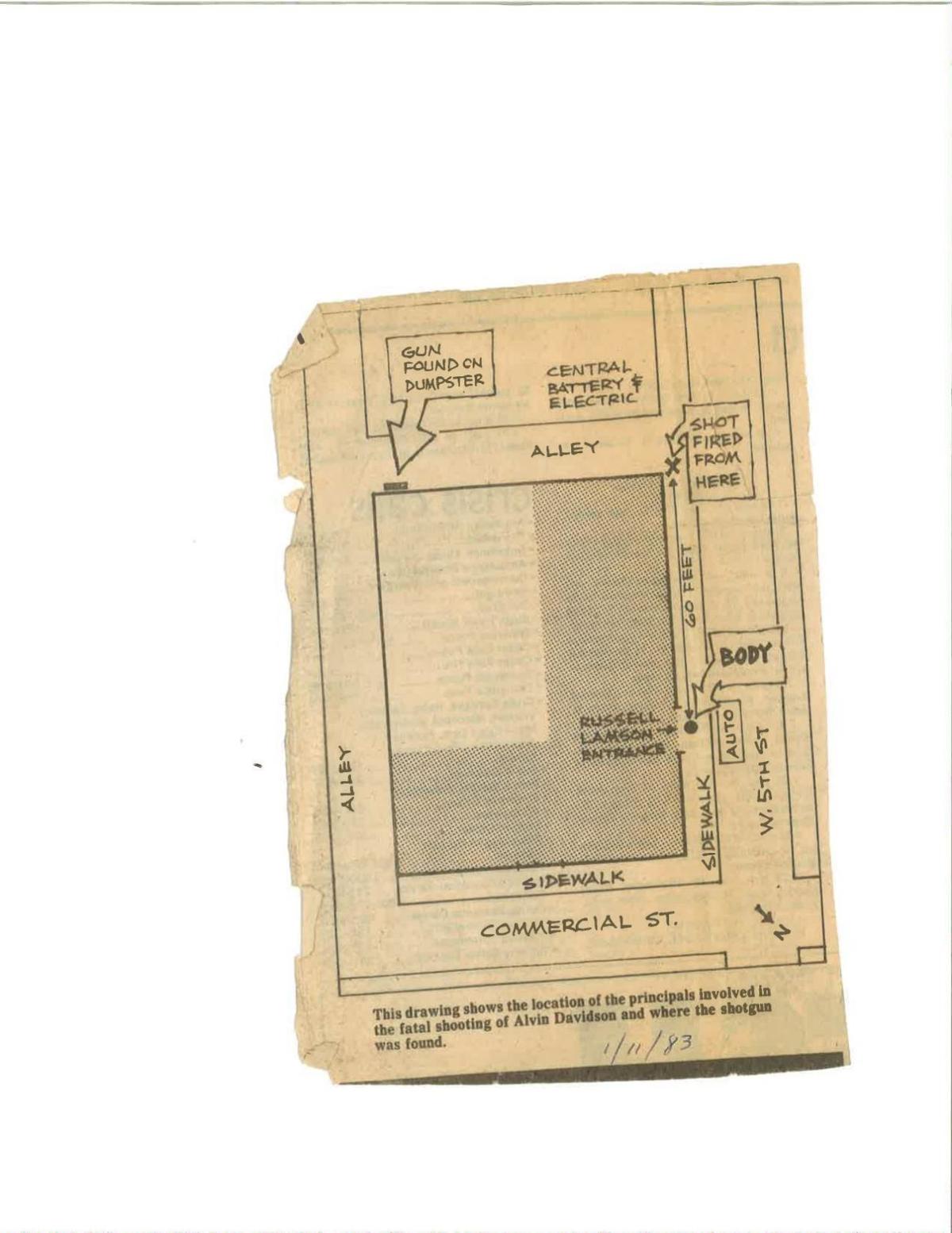 The plot unfolded shortly after 5 p.m. Jan. 10, 1983 — the day before trial — when Davidson was dropped off at the Russell Lamson Building where he was living. As Davidson steered his crutches toward the sidewalk, Brown popped out of an alley firing a shotgun, striking Davidson in the neck and torso.

Brown was later detained in Arizona, where he had been living.

The trial lasted six weeks with 130 witnesses and involved a Dubuque County jury that was bused to Waterloo to hear testimony.

Brown was convicted of murder, and Hollins’ brother, Jay Winston Hollins, was convicted for helping plan the crime. He is currently being housed in a prison out of state, according to corrections officials. 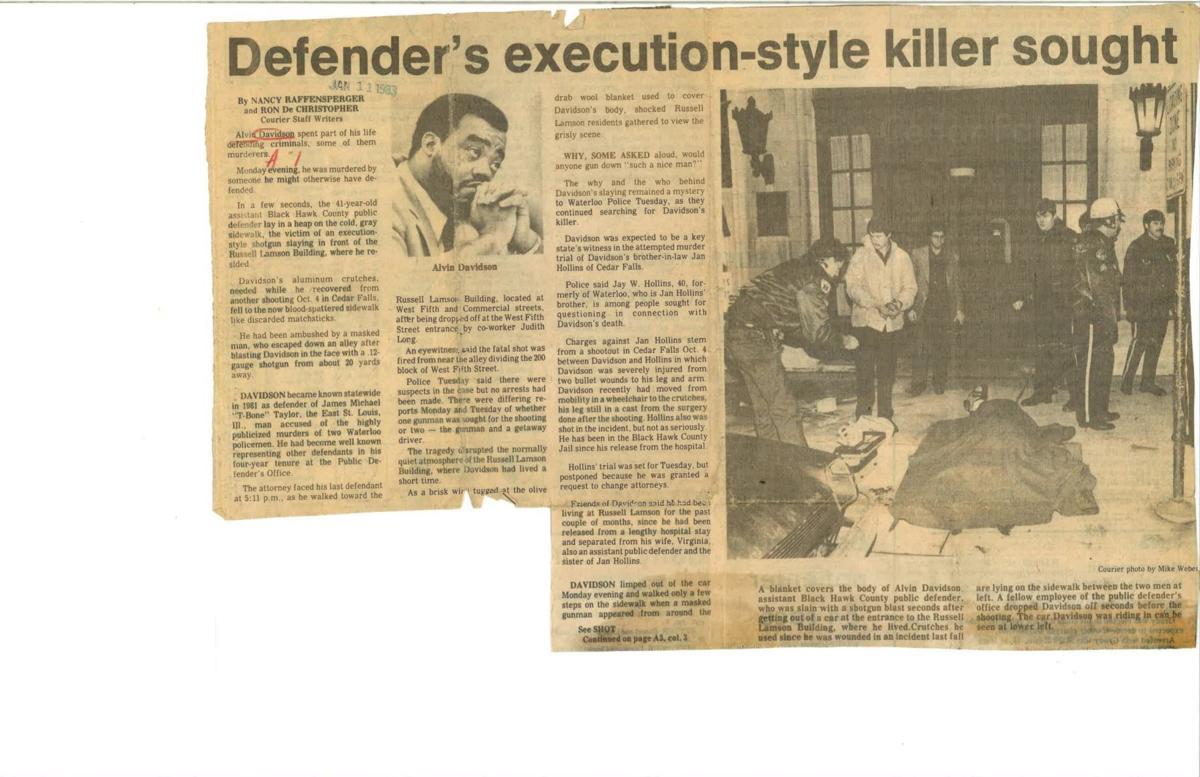 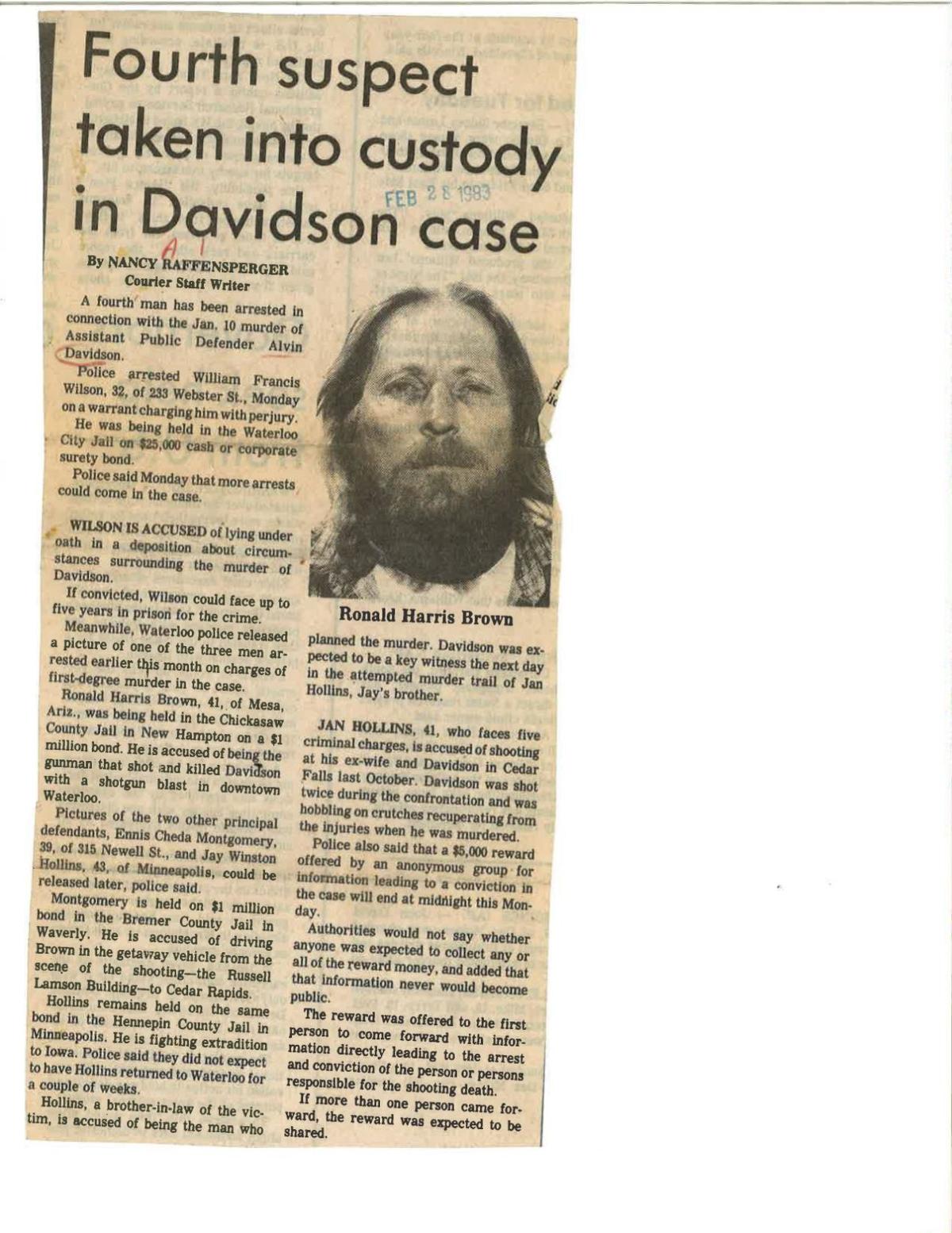 UPDATE: Toddler's family reacts to death of killer in prison

A judge directed that Daniel Niebuhr be placed in a secured facility so he can be treated and monitored in a safe environment.

Man charged in Mother's Day killing is a multi-platinum songwriter

The Police Cross medal is new for the Waterloo department and is given to the family of officers who lost their lives as a result of honorable and duty-related service.

Authorities allege Donston plotted to assist Tyrone Lamar Copeland flee from sheriff’s deputies when he was taken to the hospital to have a toe removed in December.

The 1984 suicide attempts prompted then Gov. Branstad to call and write to Craney at the Anamosa prison to encourage him no to kill himself and to read the Bible.

Man arrested for damaging home, threatening women with a gun

Officers found meth, marijuana and a 9mm Taurus pistol with the anti-law enforcement sentiment painted in gold on the top of the slide

The handgun was modified with an aftermarket switch that allows it to fire fully automatic, essentially making the pistol an illegal small machine gun.

WATERLOO — Authorities found an altered shotgun when checking on an unconscious man Monday. 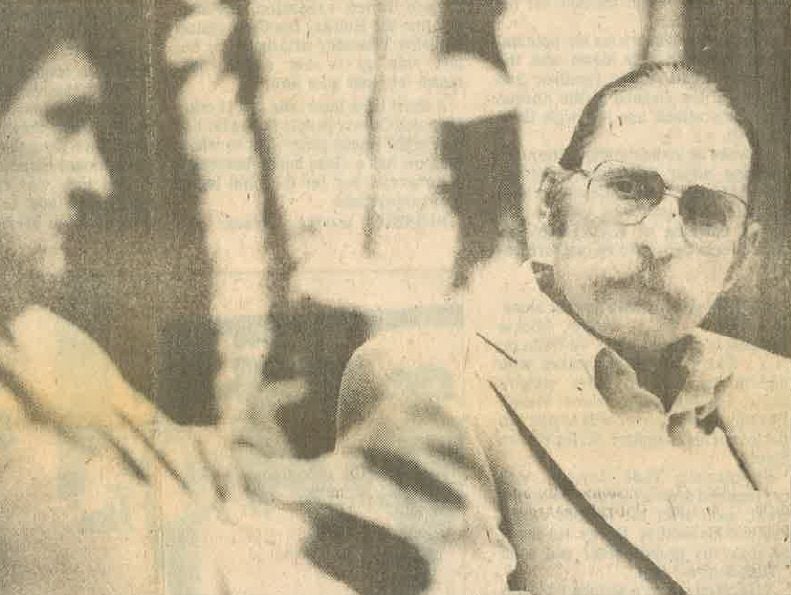 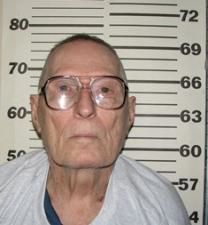 Man convicted of 1983 ambush killing in Waterloo dies in prison