WATERLOO — A Waterloo man has been arrested for allegedly pointing a gun at neighbors during Independence Day festivities Saturday night.

Police said Dettmer and a neighbor have been involved in an ongoing dispute. On Saturday night, the neighbor had friends over, and they were shooting off fireworks, which Dettmer didn’t like, police said.

An argument followed, and Dettmer allegedly pulled out a revolver and pointed it at the group of people.

Court records show Dettmer was charged in a similar incident July 3, 2015, for allegedly pointing one of same guns at another neighbor following a dispute. In that case, police seized the Taurus revolver.Dettmer argued self-defense during his 2016 trial. He was acquitted, and the weapon was returned to him, according to court records.

Dettmer is one of two people arrested over the weekend for allegedly pointing firearms at people. Also on Saturday night, police arrested Charles Henry Young, 69, of 621 Peek St., for intimidation with a weapon and seized a revolver after residents said he pointed a gun at them in the 600 block of Hope Avenue.

Man returns to prison after firing shots in neighbor dispute

WATERLOO – A Waterloo man has been sentenced to prison on weapons charges after he allegedly shot at a neighbor’s apartment in January.

WATERLOO — Donald Harrington had tried to call his brother as a dispute among neighbors began to come to a head.

Police told jurors they found two pistols when they were investigating a shot fired at a man in the hallway of a Waterloo apartment in April. 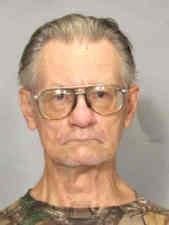 Man arrested for pointing gun at neighbors in Waterloo 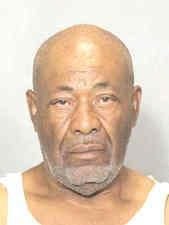