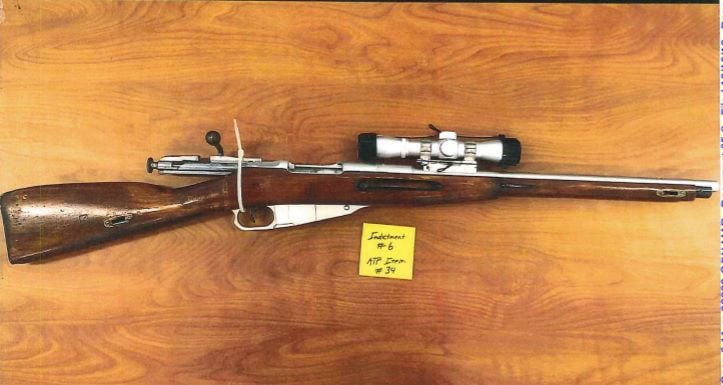 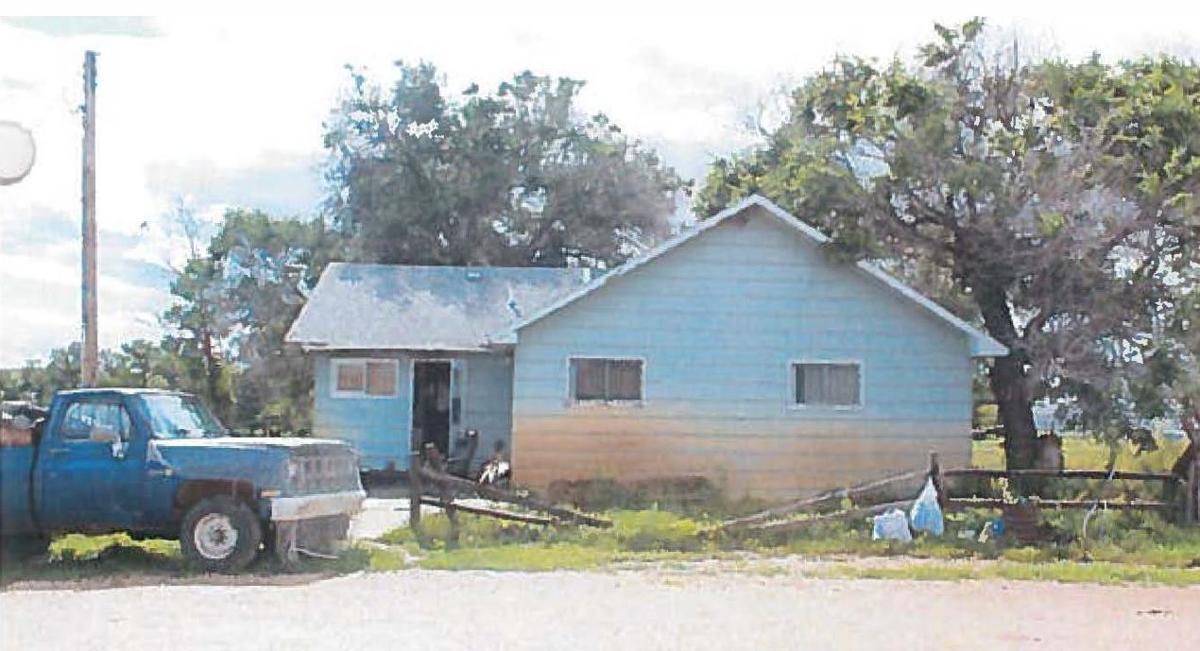 A court exhibit shows the home on a ranch south of Crow Agency, Mont., where Michael Dean Strain had been living. Strain, formerly of Lime Springs, Iowa, was arrested in July 2019 after years on an ATF most-wanted list.

CEDAR RAPIDS -- A former Howard County man who evaded authorities for years has been sentenced to almost nine years in federal prison for a collection of guns found in a home where he was living in 2011.

Michael Duane Strain, 63, as found guilty of two counts of being a felon in possession of a firearm during an October 2019 trial, and on Monday he was sentenced to eight years and nine months in prison to be followed by three years of supervised release.

Strain, who harbored anti-government beliefs as a sovereign citizen, had a string of prior run-ins with the law involving driving without a license and firearm possession, and in 2001 authorities found a pipe bomb in his car in a Minnesota courthouse parking lot when he appeared for court there.

In late 2010 and early 2011, Strain with living with his brother in Elma, Iowa, and he frequently visited the local gun store, buying ammo and accessories. One in brought in a .22-caliber rifle for repairs, and another time he inquired about a Russian bolt-action rifle at the shop. When he learned he would have to fill out ATF paperwork to purchase the rifle and undergo a background check, he left, and a person he knew came in and bought the weapon that day.

Authorities searched the Elma home in 2011 and found 13 guns in the open, some of which were set up near windows and doors. One of the guns was a sawed-off shotgun. Officers also found ammunition and accessories Strain had purchased as well as the Russian rifle.

Strain later disappeared, and a federal grand jury returned an indictment later in 2011 for two counts of unlawfully possessing guns.

Strain remained at large until July 2019 when the United States Marshal’s Service located him in rural Montana. The Marshal’s Service, the Bureau of Alcohol, Tobacco, Firearms, and Explosives arrested Strain and searched his residence. They found dozens of guns and thousands of rounds of ammunition staged around the residence.

A former Iowa and Minnesota man who was at large for almost eight years will be allowed to act as his own attorney to challenge federal gun charges stemming from an incident in Howard County in 2011.

A jury has found a former Elma man guilty in connection with a hoard of guns found at the house where he was staying in 2011.

In addition to the 13 guns, authorities found about half a dozen other firearms in the home, but Strain isn’t charged with them because they were locked in a display cabinet.

A federal judge has turned down a Minnesota man’s challenge to the Linn County Sheriff’s Office’s ability to hold a former Lime Springs resident awaiting trial on federal gun charges.

At one point a caller reported that there were gunshots involved in an apparent road rage incident. 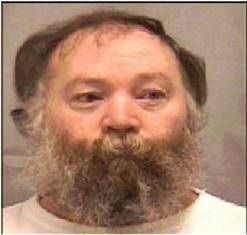 A court exhibit shows the home on a ranch south of Crow Agency, Mont., where Michael Dean Strain had been living. Strain, formerly of Lime Springs, Iowa, was arrested in July 2019 after years on an ATF most-wanted list.