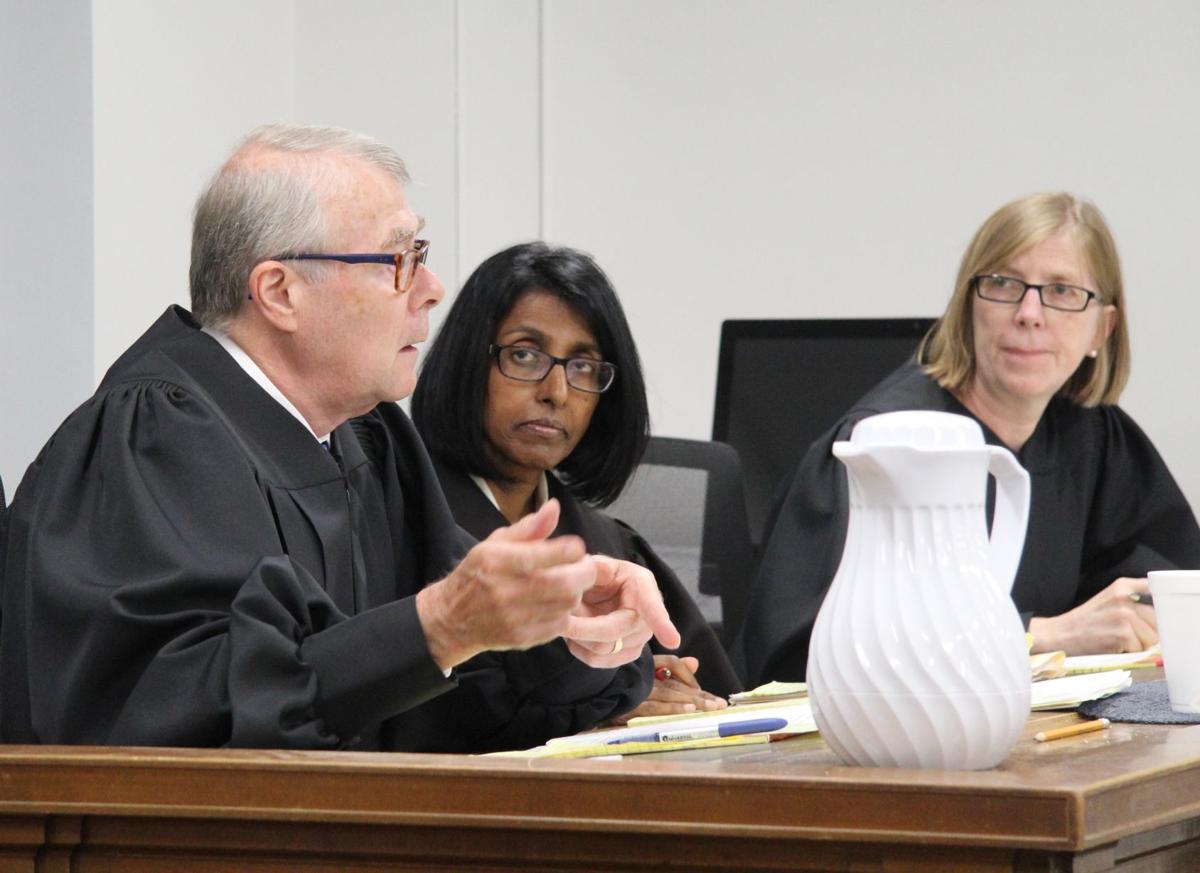 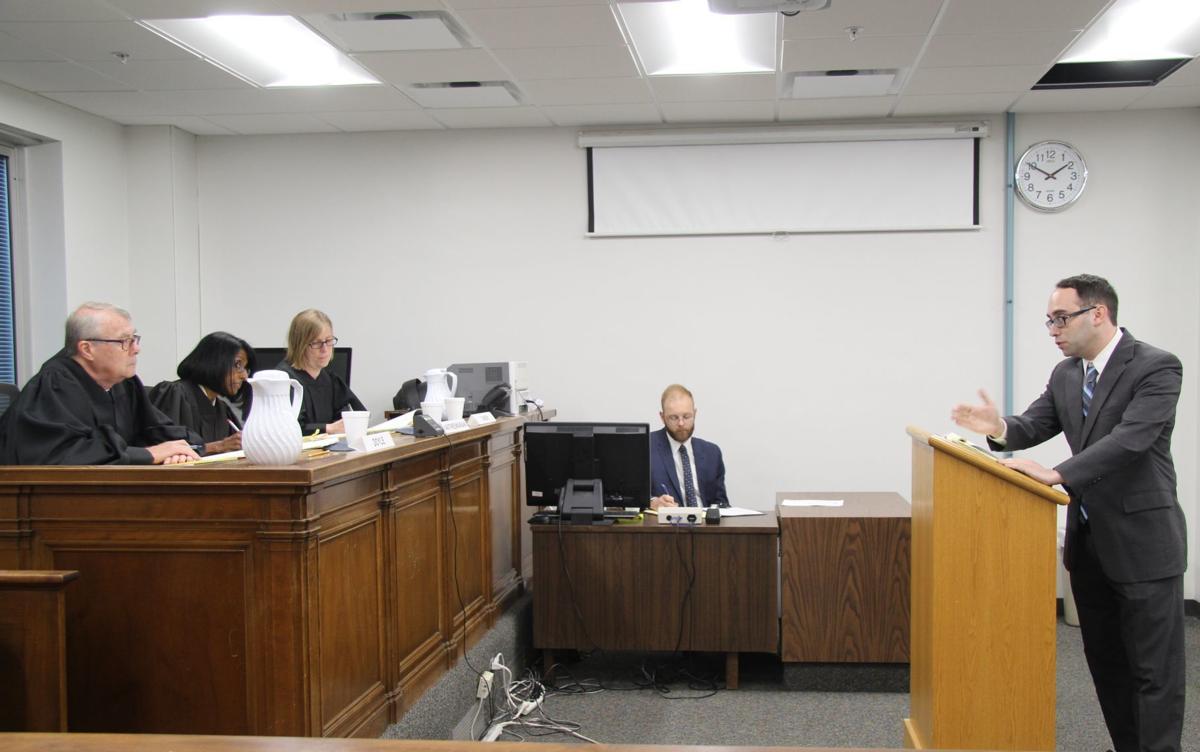 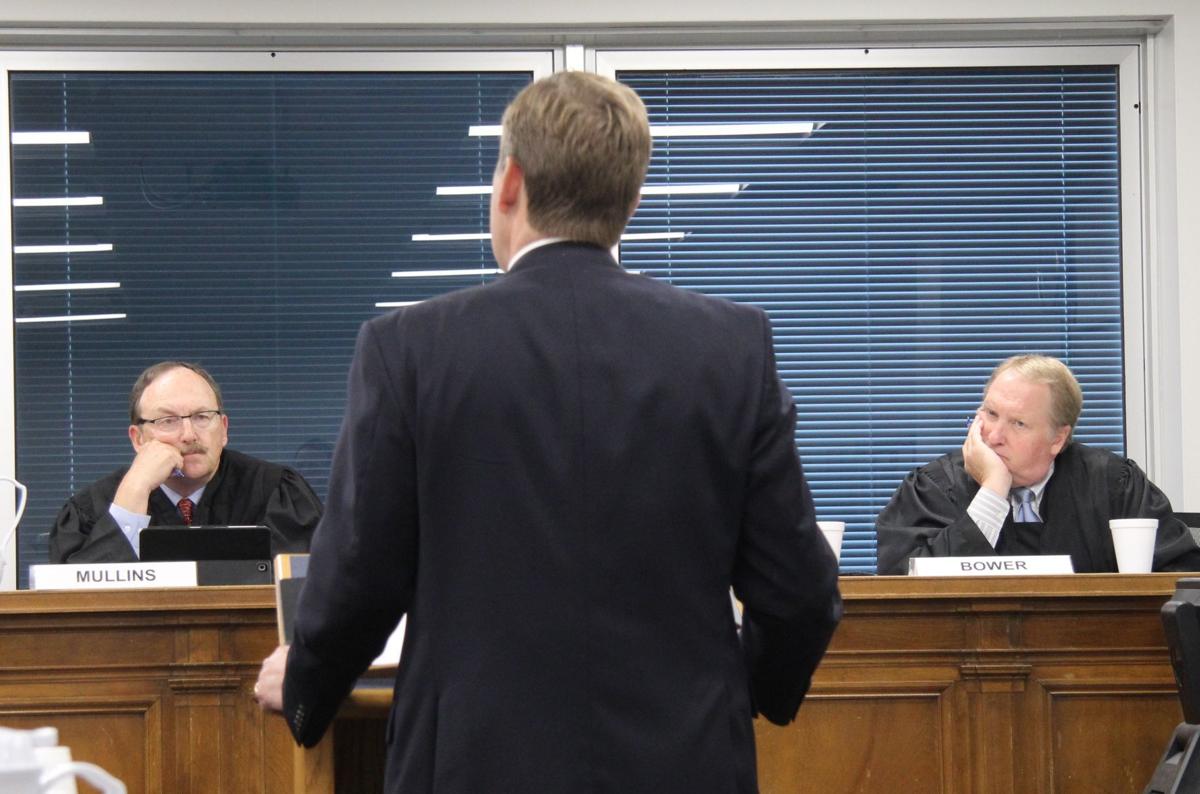 Appeals court judges Michael Mullins and Thomas Bower listen to oral arguments from attorney Brian Yung during a special session at the Black Hawk County Courthouse in Waterloo on Wednesday. 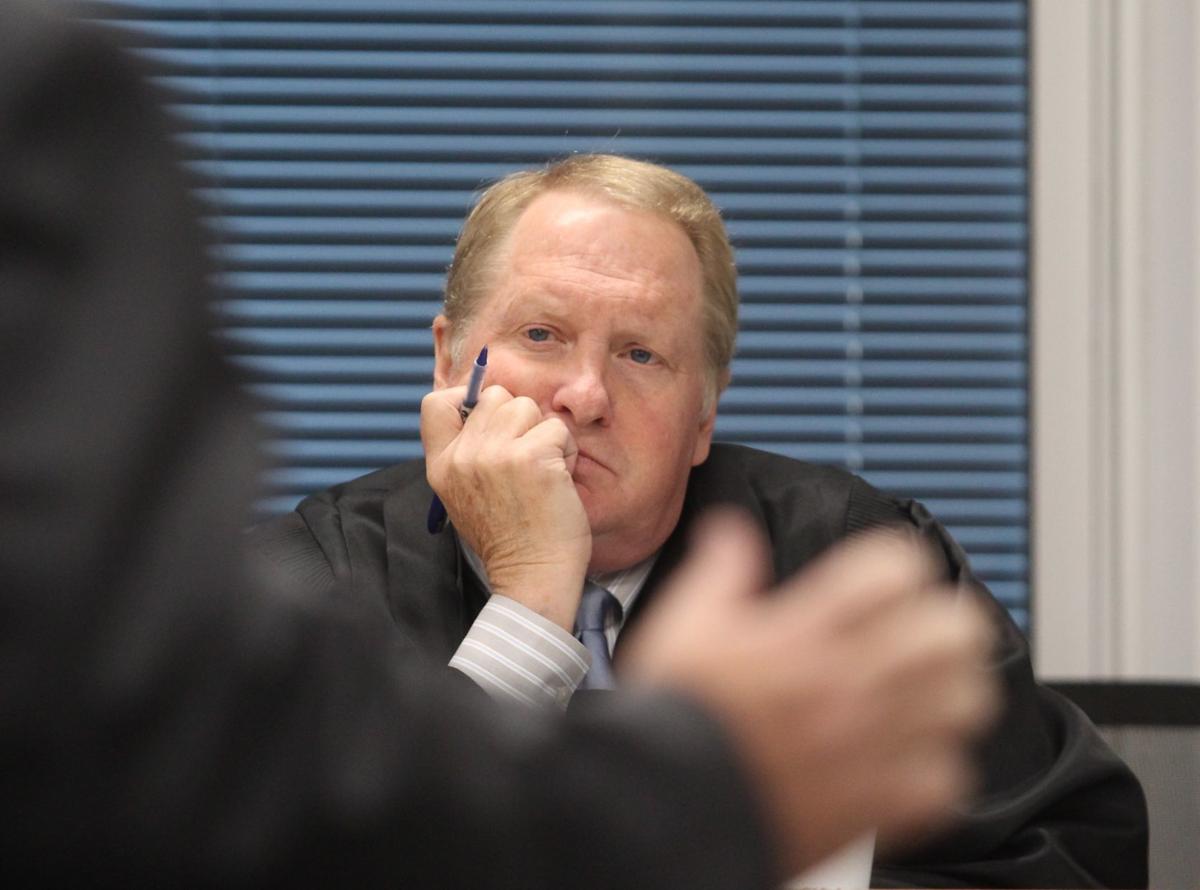 Appeals court judge Thomas Bower listen to oral arguments during a special session at the Black Hawk County Courthouse in Waterloo on Wednesday.

WATERLOO – The state’s penultimate court heard appeals arguments in a Howard County lawsuit over a crash and murder charge in a 2006 fire that killed two people in Wapello County as judges traveled to Waterloo on Wednesday.

The Iowa Court of Appeals also heard a parental rights case from Wright County in a first-floor courtroom at the Black Hawk County Courthouse.

Former Black Hawk County district court Judge Thomas Bower, who was appointed to the appellate court in 2012, returned to the Waterloo courtroom as part of a three-judge panel that included Chief Judge David Danilson and Judge Michael Mullins to hear oral arguments in the Howard County case where attorneys for Kelsey Bronner appealed a lower court judge’s overturning of a $1.6 million jury verdict.

On Aug. 12, 2016, a Howard County jury awarded nearly $1.6 million to Bronner, who was injured in a one-vehicle rollover accident April 30, 2008, while a passenger in a vehicle owned and insured by Reicks Farms Inc. of Cresco. The lawsuit maintained the vehicle was negligently maintained and operated. The trial judge had ordered a retrial because of statements the plaintiff’s attorney made during closing arguments, including vouching for the plaintiff’s witnesses.

Another three-judge panel — judges Richard Doyle, Anuradha Vaitheswaran and Mary Tabor — took up the appeal of Christopher Yenger, who was convicted of two counts of first-degree murder in a March 2006 fatal fire in rural Ottumwa.

Authorities allege Yenger, of Ottumwa, had been involved in a fight during a party at the house and then returned and set it on fire as retaliation. The blaze killed Nathan Messer, 20, and Seth Anderson, 22. Arrests in the case didn’t come until 2016.

State Public Defender Mary Conroy, who is representing Yenger on appeal, argued that testimony from accomplices wasn’t sufficiently corroborated. Conroy said the two accomplices gave differing accounts of how the fire started, including one that gasoline bottles were lobbed at the home. She said no glass or gasoline was found at the scene.

Assistant Iowa Attorney General Louis Sloven said the accomplices both told of returning to the house to set the fire as retaliation.

Decisions on the cases will be released at a later date.

CHARLES CITY – A Rockford man’s domestic violence, impaired driving and drug charges will be moved back to the court docket because a judge di…

Appeals court judges Michael Mullins and Thomas Bower listen to oral arguments from attorney Brian Yung during a special session at the Black Hawk County Courthouse in Waterloo on Wednesday.

Appeals court judge Thomas Bower listen to oral arguments during a special session at the Black Hawk County Courthouse in Waterloo on Wednesday.