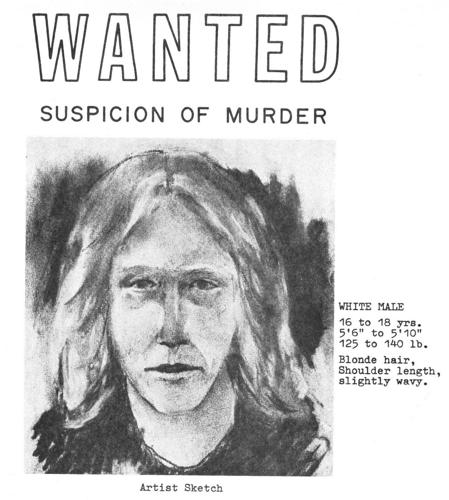 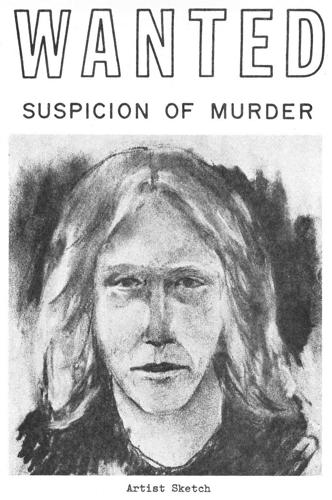 The following is the first of a two-part report on the investigation into the death of Ronald Butler in 1977.

WATERLOO | The graphite eyes stare up from the aging sheet of paper tucked away in a thick, battered file folder at the Waterloo Police Department.

Witnesses said the eyes belong to the last person to be seen with 23-year-old Ronald Craig Butler before Butler was found dead in his locked bathroom with a single knife wound to his back in 1977.

Investigators said the eyes belong to John Dewey Brannan, a Kansas man who took his own life in 2006, three years after detectives questioned him about Butler’s slaying.

Brannan was never arrested or charged, but with their only suspect dead, Waterloo Police consider the cold case closed, said Capt. David Mohlis.

The son of a local minister, Ronald Butler had been a budding music and theater instructor enrolled at the University of Northern Iowa in Cedar Falls. An Oct. 10, 1977, article in The Courier explained how Butler was going to be in charge of musical education -- teaching theory, organizing ensembles and conducting lessons -- at the Martin Luther King Center for Education and Vocational Training.

Friends would later tell police about Butler’s other side. He was known to pick up and proposition teens, and friends had warned him it was dangerous to pick up strangers.

Court records show the activity got him into trouble.

In March 1973, he was accused of performing a sex act with a 12-year-old boy who inquired about the "Y" swim club Butler directed. The boy told police Butler showed him the facility, showered with him and suggested they “play wrestle.” Butler denied any sexual conduct, pleaded to an amended charge of making malicious threats to extort and was placed on three years of probation.

Then in January 1974, a 15-year-old hitchhiker accused Butler of buying him beer at a bar and taking him to a Cedar Falls apartment for sex. The teen said he complied because he was afraid. A jury acquitted Butler following trial.

On Oct. 18, 1977, Butler canceled a performance he was to give at a local nursing home, saying he wasn’t feeling well.

A classmate from UNI who worked with Butler at the King center phoned Butler at the house he shared with his mother at 327 Sumner St. around 11 a.m. Butler had some papers the classmate needed for an acting class. The classmate would later tell police that during the call, he could hear someone in the background.

“I asked Ron if somebody was there and he said, ‘Yeah, somebody’s here,’” the classmate wrote in a signed statement. He said Butler agreed to bring the papers by the center, and he appeared about 15 minutes later with the material. He was wearing a red trucker’s cap the friend had never seen before.

The classmate asked why he didn’t see Butler’s car parked at the house.

“Ron said something like, ‘It’s parked on the side because people would talk if they saw I was with someone.’ I asked him who was with him and he said, ‘Some 16-year-old high school kid,’” the classmate said in his written statement to police.

Butler’s mother, Havana, returned home shortly before 3 p.m. that day and found the bathroom door locked. She suspected something was amiss and tried to break open the door. Firefighters were called and removed the door. Inside, they found Ronald Butler, semi nude, on the floor in a pool of blood. There was a single stab wound to his back and a pornographic magazine on the floor.

Butler still had cash in his wallet, the home phone line had been cut, there were blood drops leading up to the bathroom and neighbors a block away reported seeing a slender white teen with shoulder-length blonde hair toss a knife under their porch. Havana identified it as a kitchen knife from her home and said it had been on a drying rack earlier that day.

Investigators determined Butler and the teen had been seen together earlier the day of the slaying. They bought the magazine from a downtown store. They checked the cover and pages for fingerprints, confident any prints would be from the victim and the suspect because the magazine was sold in a sealed plastic wrapper.

The likely scenario, according to detectives’ reports, was that Butler was engaged in sex in the kitchen area when he was stabbed from behind with a kitchen knife. He retreated to the bathroom and locked himself inside, and the suspect attempted to force his way into the bathroom before fleeing through the front door. The medical examiner said the knife had punctured Butler’s heart, and he would have been dead in minutes.

An artist put together a composite sketch of the long-haired teen, and it was passed around town, printed in The Courier and aired on TV. While no one who saw the teen knew who he was, the sketch drew numerous tips. It was the 1970s, long hair was in, and almost every kid in high school looked like the drawing. The police department’s file on the homicide is filled with hundreds of head shots of long-haired teens.

An Iowa State Patrol trooper noticed someone matching the description walking through Aplington and took the guy’s name.

Someone else thought the sketch looked like a guy they had seen in a locally produced movie. Officers watched the film and tracked down the director, who identified the actor as a man in his mid-20s and heavier.

A newspaper reader thought the drawing looked like the rendering of an armed robbery suspect in California and sent that clipping to Waterloo police, who contacted Sacramento County sheriff’s deputies.

According to reports, some 400 people were investigated and ruled out through prints, photo lineups or alibis. Those closer to Butler underwent polygraph tests.

By December 1977, Brannan’s name had come up. A police department juvenile officer said the artist’s rending looked like him, and a detective found Brannan’s father, who agreed with the similarity, according to reports.

John Brannan, who was 15 at the time, had moved to Holts Summit, Mo., to live with his grandparents, and officers attempted to pick up the trail. They obtained a court order in Callaway County, Mo., to collect fingerprints and photos of Brannan, but Brannan apparently left that state, too. Records show police checked addresses in California. They later learned he had left California for a sister’s home on Widby Island in Washington state.

In 1979, police got wind that a relative of Brannan’s had died in Fulton, Mo. They asked Missouri sheriff’s deputies to be on the lookout for him in the event he attended the funeral.

In the years that passed, Waterloo police regularly asked the FBI to check prints from the scene against its database and the look for records and driver’s licenses for Brannan.

“A single possible suspect remains in our files,” Capt. Darwin Dirksen with the Waterloo Police Department wrote in a 1983 request to the FBI.

The conclusion will appear in Monday's Courier.

This is the second of a two-part report on the investigation into the death of Ronald Butler in 1977.

WATERLOO — Pictures in a photo album were all Julie Burge had to teach her children about their grandmother as they grew up.

A Waterloo man charged with cold case slayings in Wyoming and Tennessee has been questioned by investigators about a crime in Iowa. 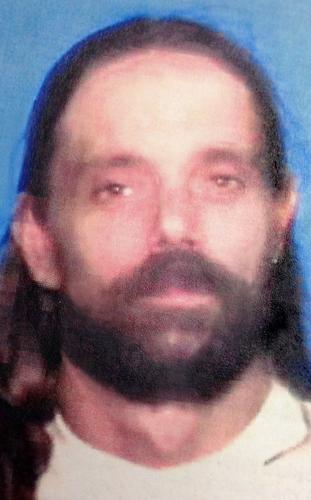