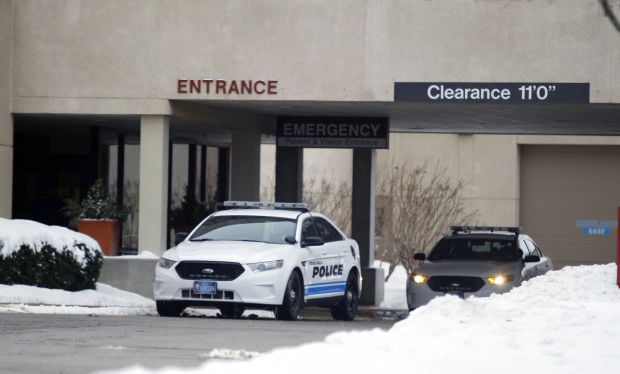 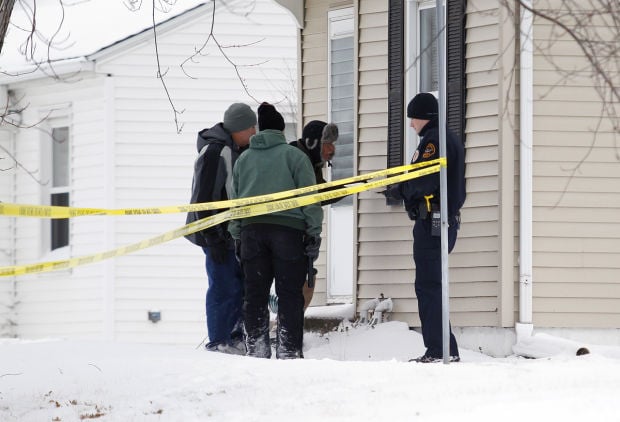 Police officers take a closer look for some possible evidence in the nearby area of the scene Wednesday, Dec. 25, 2013, in Cedar Falls, Iowa. 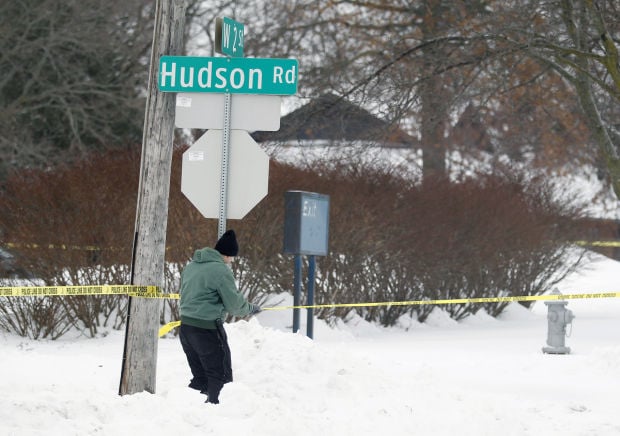 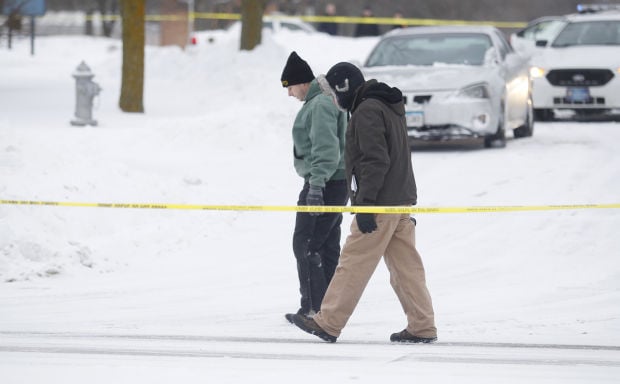 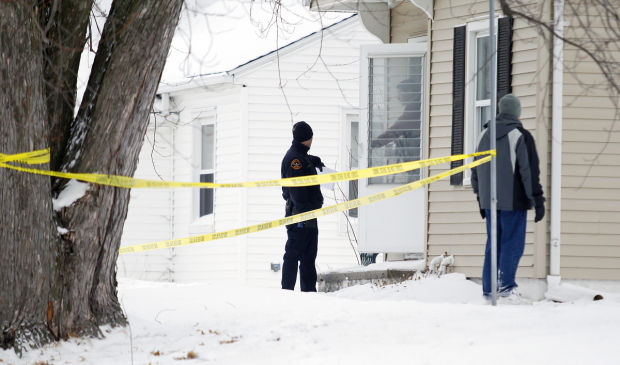 CEDAR FALLS | The attorney for Zachary Church, the man who was shot by a Cedar Falls police officer following an incident early Christmas morning, said Saturday that Church remains sedated and on a ventilator recovering from two gunshot wounds to the torso.

Church has undergone surgery. On Friday doctors at Sartori Memorial Hospital attempted to remove a ventilator from Church and allow him to breath on his own, but based on Church's reaction, physicians again had to sedate and intubate him.

"It should come as no surprise that he will be in the hospital for some time to come. We all pray for his speedy recovery,” Bergmann wrote.

The statement includes a word of thanks to the Iowa Division of Criminal Investigation for its "prompt investigation” of Cedar Falls Officer Bob Anderson for his role in the shooting incident. He said they hope for a speedy and thorough investigation into the events.

But he also raised questions about the shooting and Anderson's decision to fire at Church.

"It is still unclear if Zach was shot in a manner consistent with Officer Anderson's version of events as reported by the Cedar Falls (Police Department), or if the incident played out differently, perhaps even including shooting Zach in the back," the statement reads.

"I look forward to hearing the DCI's report on Officer Anderson's past use of force, justification for doing so and his past history of discipline to see if his history comports with his version of events," Bergmann wrote.

It continues, "Zach’s friends, family and acquaintances unanimously state that Zach had no history of violence; his criminal record supports that conclusion."

Cedar Falls Police Chief Jeff Olson said he was not aware of any shots to the back, but he referred all questions to the Iowa DCI or the Black Hawk County Attorney’s office.

Aside from the Iowa DCI investigation, Bergmann said his office has begun its own investigation into what occurred that night and will act accordingly based on the results of that investigation.

Bergmann said until more is known, they will focus on Church’s recovery and thank everyone who has contacted them with words of support for Church.

Two warrants were issued for Church, 27, on Thursday in connection with the shooting incident. They will be served upon his release from Sartori Memorial Hospital. The warrants are for felony assault on a police officer and possession of marijuana with intent to deliver. Both are class D felonies.

Olson said previously that Anderson found Church asleep in his car with the engine running about 3 a.m. Wednesday and spotted drugs in the vehicle. Anderson turned off the engine, took the keys, awakened Church and asked him to come back to the squad car.

While Church has a history of minor criminal offenses dating back several years, they are drug-related except for one theft conviction.

Not guilty plea in officer assault

WATERLOO | Zachary Church of Parkersburg pleaded not guilty to charges he assaulted a Cedar Falls police officer who then shot him.

Trial of man shot by Cedar Falls police pushed back

WATERLOO | The trial of a Parkersburg man who was shot by a Cedar Falls police officer has been delayed until at least late August.

CEDAR FALLS | The trial for a Parkersburg man who was shot by Cedar Falls police has been postponed until next year.

WATERLOO | Trial for a Parkersburg man who was shot by a Cedar Falls officer in 2013 came to a halt Wednesday because of juror issues.

Cameras captured some of traffic stop that resulted in shooting

CEDAR FALLS | Officer Bob Anderson's video camera captured some of the Wednesday traffic stop that resulted in the shooting of Zachary Church,…

Report: Returning Syrian refugees at risk of abuse from government

Police officers take a closer look for some possible evidence in the nearby area of the scene Wednesday, Dec. 25, 2013, in Cedar Falls, Iowa. 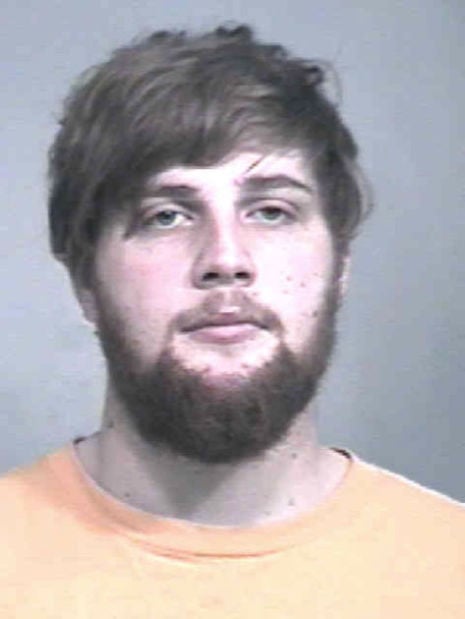 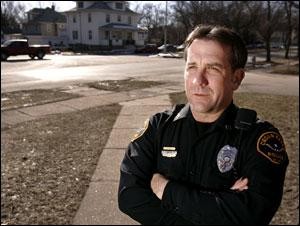