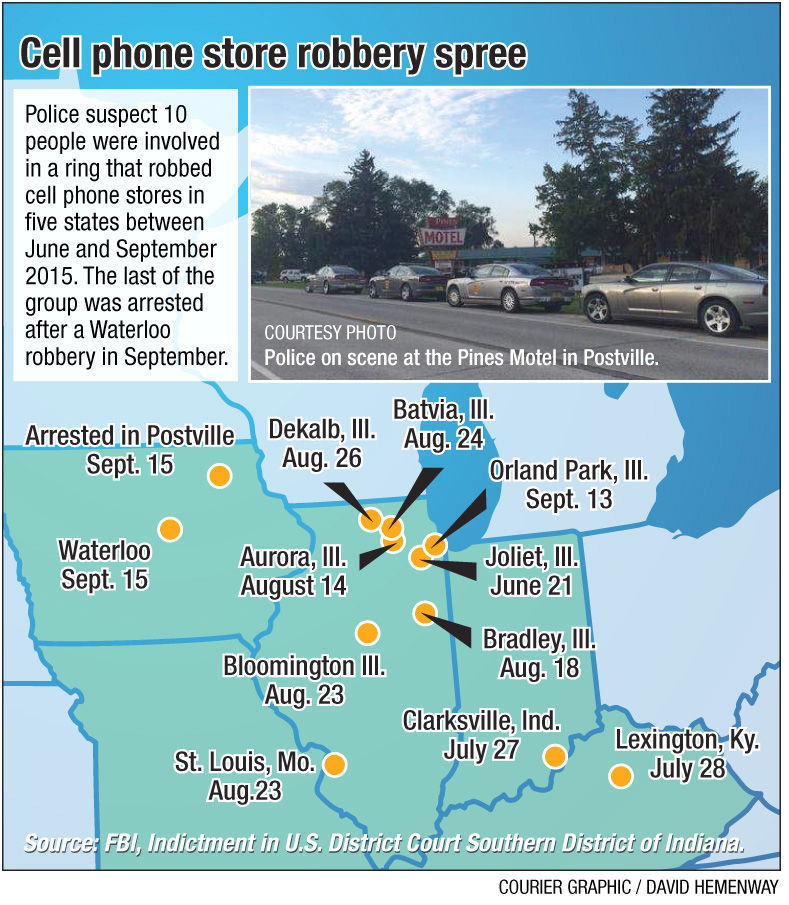 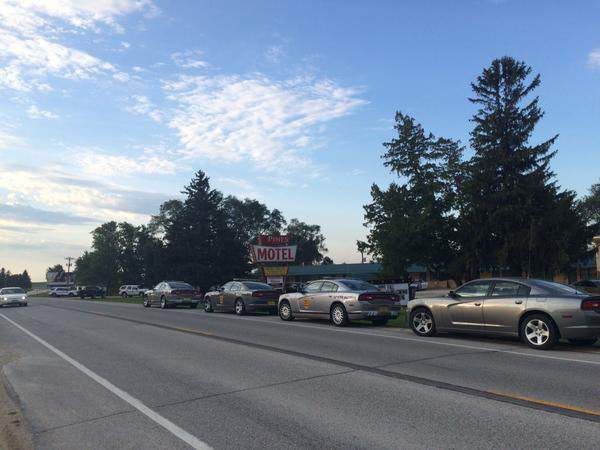 Police on the scene at the Pines Motel in Postville in September. (Trooper Jon Stickney image via Twitter) 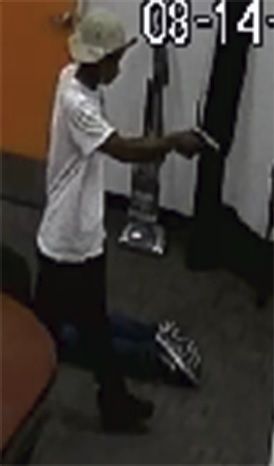 WATERLOO -- Six Illinois men arrested at a Postville motel following the robbery of a Waterloo cell phone store in September were part of a larger group behind other heists, according to the FBI.

Investigators with the FBI and Illinois police had suspected the group of sticking up phone stores in five states and had been tracking one alleged robber’s phone a few hours before the Waterloo robbery, court records state.

Now the six who were arrested in Postville --- Dominique Taron Walker, 23, Roosevelt Brown Jr., 20, James Harden, 29, Don Nell Redmond, 29, Jeffrey Antione Kemp, 39, and Lawrence D. Adkinson, 27 -- and four others have been indicted on federal charges of conspiracy to commit robbery and conspiracy to brandish a weapon in furtherance of a crime of violence. The charges stem from robberies in Clarksville, Ind.; Lexington, Ky., DeKald and Orland Park, Ill.; and Waterloo.

The other four indicted on conspiracy charges are Justin Martin, Tyren Lamar Windell and K’Ron Price. Adkinson, Martin and Walker are also charged with robbery and brandishing a firearm in connection with Clarksville, Ind., holdup.

Kemp and Adkinson are described as the ringleaders and would usually plan the robberies and determine who would be involved and then act as lookouts while the others entered, according to court records filed by an FBI special agent based in Indiana. The team would pretend to be shopping and then pull out firearms when the coast was clear and steal money, phones and electrical devices and disable or take the security system before fleeing, according to authorities.

They would later meet, and Kemp or Adkinson would keep the merchandise and pay the others for their participation, records state. One robber was paid $1,500 for taking part, court records state. The phones and computer tablets would then be sold.

Most of the stores were T-Mobile and AT&T locations, but some were Verizon and, in the case of Waterloo, iWireless.

The first robbery investigators linked to the group was on June 21, 2015, at an AT&T store in Joliet, court records state. The second came more than a month later on July 27 at a T-Mobile in Clarksville, followed by another on July 28 at a Verizon in Lexington. The Lexington store’s surveillance system was able to record images of the robbers, as did a camera at a Dunkin' Donuts next door.

By August, a loss prevention investigator with T-Mobile had found the same cell phone had checked in at towers near both the Clarksville store and the Lexington store at the times of the robberies. The phone was traced to Adkinson’s home in Hazel Crest, Ill., and officers compared Adkinson’s Facebook photos to the photos from the Lexington robbery.

Later that month, a number of phones from the Clarksville robbery were activated and checked in with cell towers near Adkinson’s home, according to court records.

On Aug. 14, an AT&T store in Aurora was robbed -- netting an estimated $33,000 worth of electronics, according to the Aurora police -- and a Bradley store was robbed on Aug. 18.

There were two robberies on Aug. 23 -- a T-Mobile in St. Louis and an AT&T in Bloomington. During the St. Louis job, the robbers collected all the merchandise in garbage bags, but one of the phone-laden bags was too heavy to lift and was left behind, court records state.

A Batavia AT&T store was targeted Aug. 24, and an employee and two customers were led to a back room and tied up.

Then on Aug. 26, three men posing as customers at a DeKalb T-Mobile store pulled a handgun and collected 64 devices in a trash bag. The robbery led to a pursuit that ended in the arrest of Price, Grissom and Windell. A second getaway vehicle that allegedly carried Adkinson escaped.

Once again consulting Facebook, investigators determined Windell and Price were friends with Adkinson. They also discovered Adkinson’s phone often checked in with cell towers near a number of the stores at the times of the robberies, court records state.

On Sept. 13, two men entered an Orland Park T-Mobile store, pulled out guns and forced the employees into a back storage area before fleeing with trash bags full of electronics. Officers spotted a silver Infiniti SUV pulling onto Interstate 80 but lost it after the getaway car accelerated to 100 mph. Illinois police officers were familiar with Martin and Harden and were able to identify them from the Orland Park surveillance video, court records state.

They also noted Harden’s Facebook page included a photo of him next to a “pewter” Infiniti SUV, records state.

The following day, authorities began tracking the location of Adkinson’s phone, with the last ping coming at 9:24 a.m. Sept. 15 pinpointing the phone about two hours west of Chicago on Interstate 80.

The iWireless on San Marnan Drive in Waterloo was hit at about 9 p.m. Sept. 15. Within hours, investigators received permission to track Harden’s phone and found it was at the Pines Motel in Postville, court records state.

Waterloo police arrived at the motel, spotted the Infiniti and determined Adkinson had rented two rooms there about an hour after the Waterloo robbery, court records state. At 6:30 a.m., tactical teams raided the rooms and detained Brown, Redmond, Kemp, Adkinson, Harden and Walker. Phones from the Waterloo store were found in trunks of two vehicles.

WATERLOO | Six Illinois residents have been moved to the Black Hawk County Jail after they were arrested in Postville following a Waterloo robbery.

WATERLOO | Authorities have upgraded charges against one of six Illinois residents who were detained in Postville following a Waterloo robbery.

WATERLOO | Six people from the Chicago area have been arrested following a Tuesday afternoon robbery at a Waterloo cellphone store.

Police on the scene at the Pines Motel in Postville in September. (Trooper Jon Stickney image via Twitter) 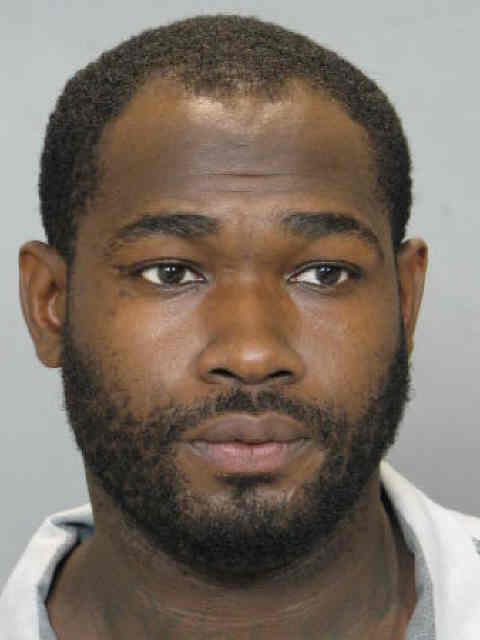 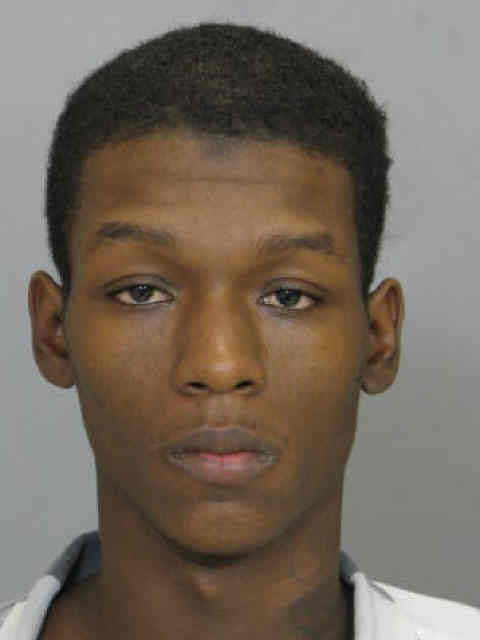 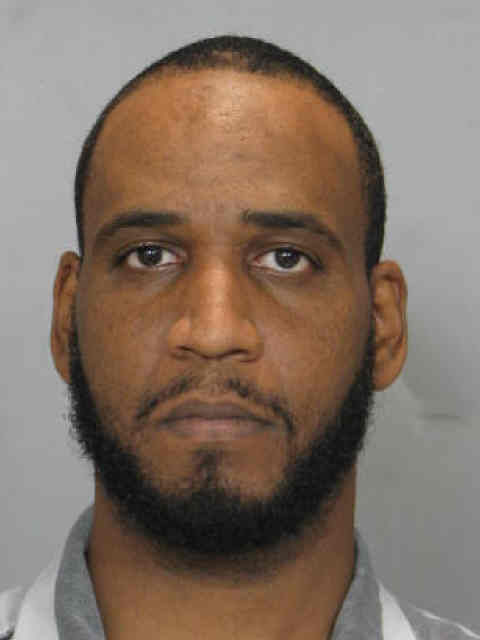 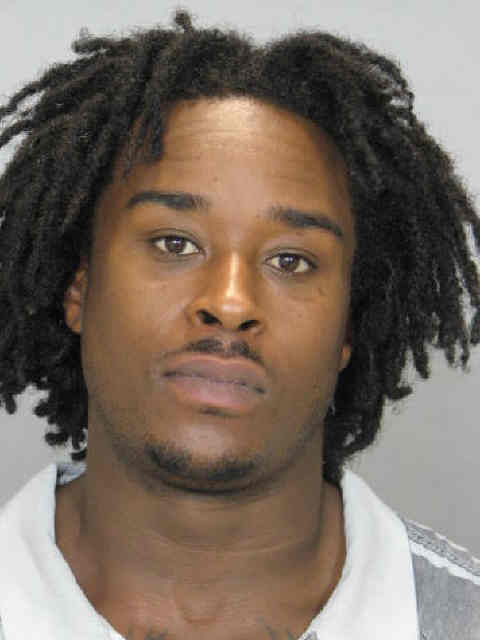 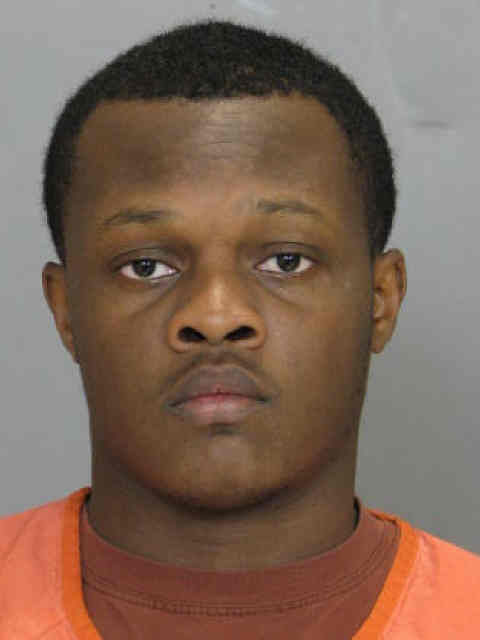 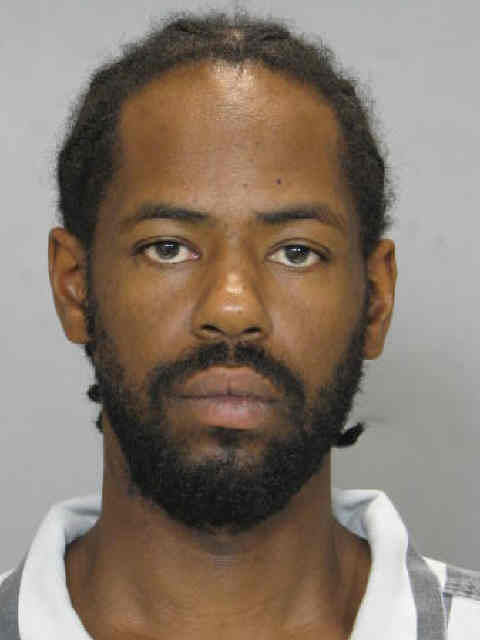