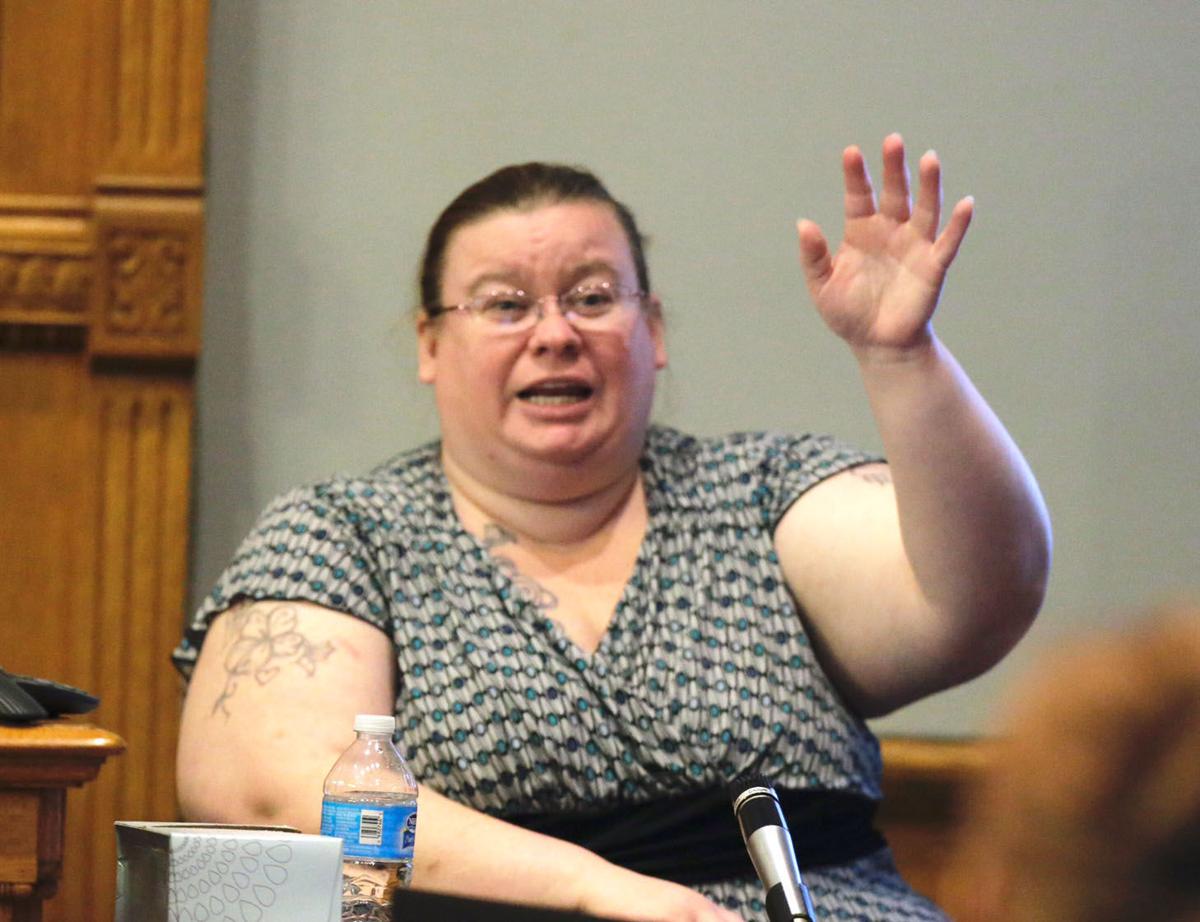 Ricki Jo Sanchez on the witness stand during the murder trial of Tait Purk at the Iowa County Courthouse in Marengo on Wednesday. 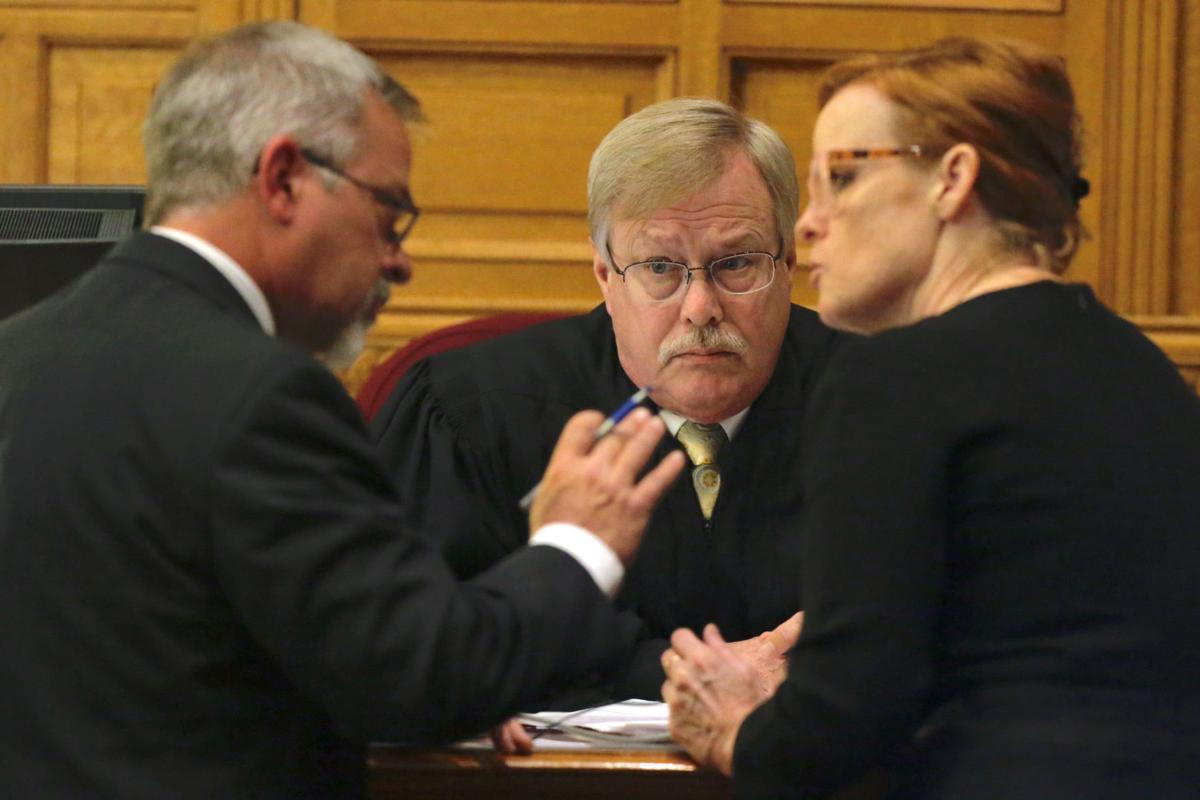 MARENGO — A co-worker and friend of Cora Okonski testified Wednesday that Okonski was afraid her fiance, Tait Purk, was going to kill her April 16, 2000.

Ricki Jo Sanchez took the stand on the opening day of testimony in Tait’s first-degree murder trial in Iowa County District Court, telling a jury of nine women and five men Okonski came to her house that Palm Sunday to borrow a notebook because Purk wouldn’t talk to her, and she wanted to write him a letter. Okonski said she and Purk had been arguing and she feared for her life, Sanchez testified.

“She said Tait told her he was going to ‘bust her head open,’” Sanchez said.

Okonski vanished without a trace later that day. Purk has told police she left their home to walk to the store to buy cigarettes and never returned.

Purk, 50, formerly of Tama, is charged with killing Okonski, 23, in a case in which charges were not filed until this past December. Purk’s been serving time on unrelated federal drug and gun charges. The trial, moved from Tama County because of pretrial publicity, started Monday with jury selection. Attorneys presented their opening statements Tuesday.

Sanchez testified Okonski told her to keep her windows open and asked her to call police if she heard screaming. Sanchez took her dog for a walk so she could watch Okonski’s house, which she could see from her yard, but she never heard any screams or saw anything, she said.

In his opening statement, Tama County Attorney Brent Heeren told jurors Purk put Okonski in a choke hold and slammed her body to the floor, killing her. At the time, Purk and Okonski were arguing over money and their upcoming wedding in May, which Purk wanted to postpone, Heeren said.

Defense attorney Aaron Siebrecht in his opening statement told the jury there is no evidence Purk killed Okonski, adding there is no proof she is even dead.

Sanchez Wednesday testified earlier in the day April 16, 2000, she saw Okonski shortly after lunch. Okonski came to her home and asked for a ride to Belle Plaine to see one of Purk’s relatives. Okonski said she and Purk had been arguing and she needed to get out of the house to give him time to “cool off,” Sanchez said.

Sanchez gave her the ride to the relative’s, dropped her off and then returned to pick her up about 7 p.m. Okonski put gas in her car and bought cigarettes before they went to Belle Plaine, she testified.

When Sanchez took Okonski home, Okonski asked her to come inside. Sanchez said her friend was “nervous and scared” about Purk’s mood. Purk didn’t speak with Okonski. Sanchez then went home. The last time she saw Okonski was when she came over to borrow the notebook, Sanchez testified.

On cross examination, defense attorney Scott Hunter asked if Okonski also asked for a ride to get some drugs and to see relatives. Sanchez said yes.

Sanchez also said she had seen Okonski with bruises and a black eye in the past, and Okonski told her Purk had caused those injuries.

Schones testified there were two different injuries — one abrasion on the top of her right arm and a large bruised area on her rib cage.

Okonski’s parents, Jerome and Cecelia Okonski, both of Oaklawn, Ill., both testified about their daughter, who they said was diagnosed with bipolar disorder and attention deficit hyperactivity disorder as a child.

Jerome Okonski said she would frequently “take off” and had erratic behavior at times when she lived with them but she always stayed in contact.

The Okonskis talked to their daughter for the last time on April 16, 2000. She was at Purk’s relative’s home and the relative had computer problems.

Jerome Okonski, a retired computer programmer, said he talked to her three or four times that day trying to help.

Cecelia Okonski said she was concerned after learning her daughter was missing because whenever she had trouble she would call them for help and she hadn’t called this time. The mother also pointed out her daughter wouldn’t intentionally leave her then 2-year-old son, Austin.

Jerome Okonski said Purk had called them a few days after he initially told them their daughter had gone missing. Purk wanted them to pick up Austin because he had to go to work and couldn’t keep him. When the Okonskis got to Purk’s house, all of Austin’s toys and clothes were outside in front of the house, and Purk brought Austin outside, Jerome Okonski testified.

The grandparents took Austin home with them, but a niece in Kansas City said she wanted to care for the child. Austin, who is now 18, was adopted by the niece.

The trial is expected to go into next week.

Ricki Jo Sanchez on the witness stand during the murder trial of Tait Purk at the Iowa County Courthouse in Marengo on Wednesday. 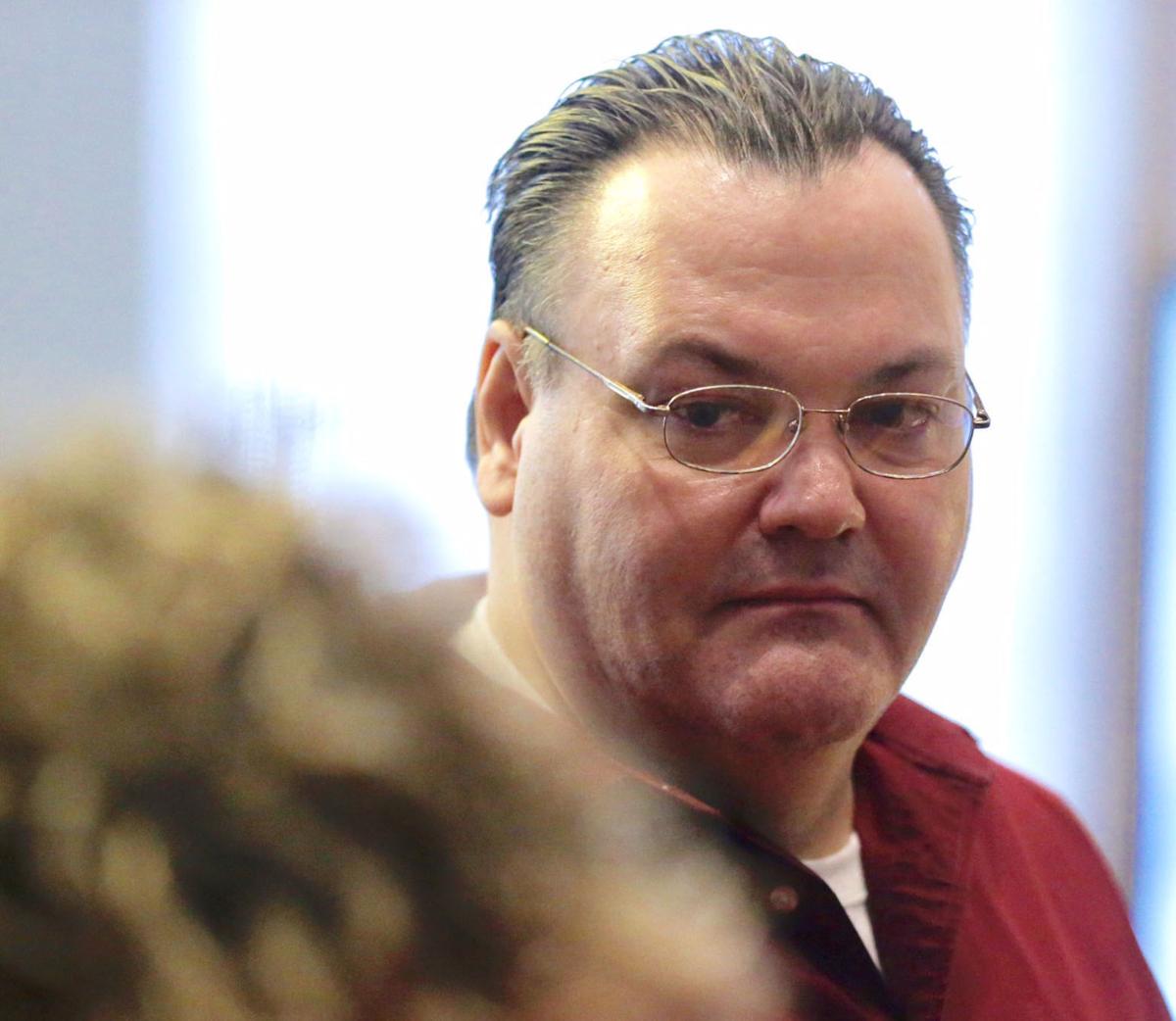