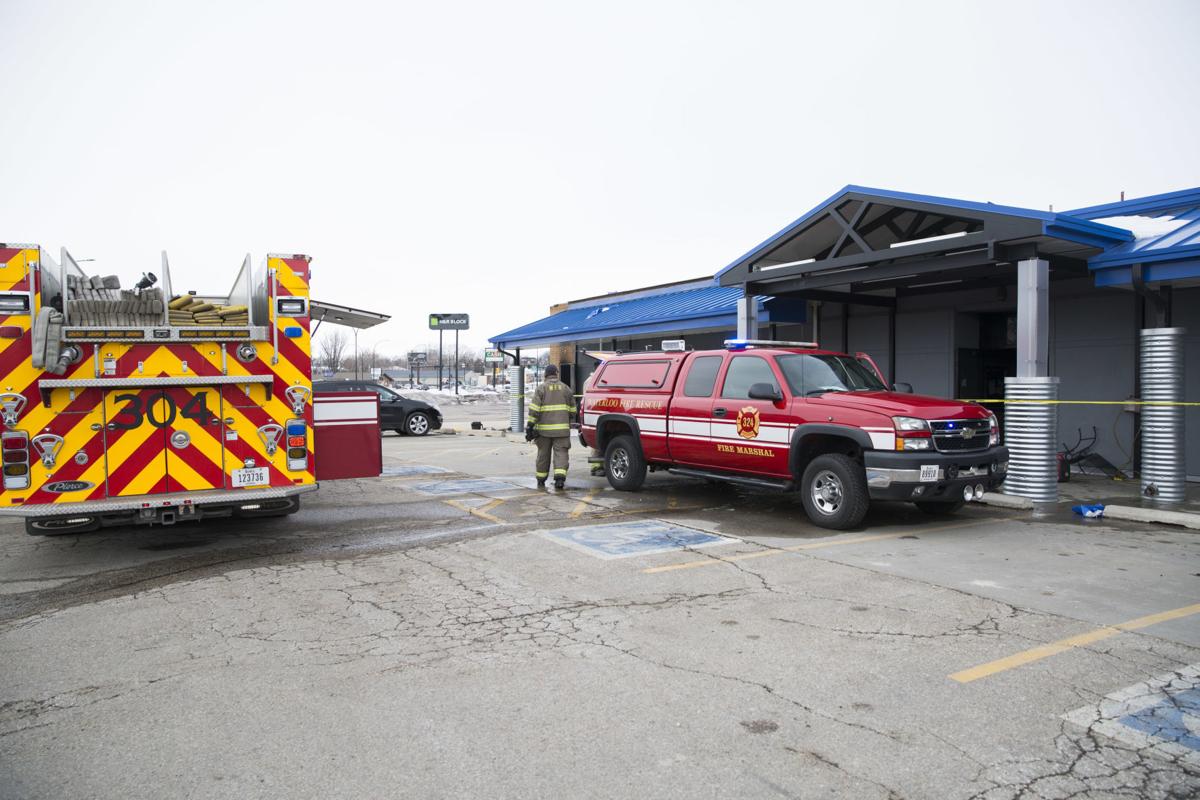 Waterloo firefighters on the scene of a fire at Maple Lanes in Waterloo on Tuesday afternoon. 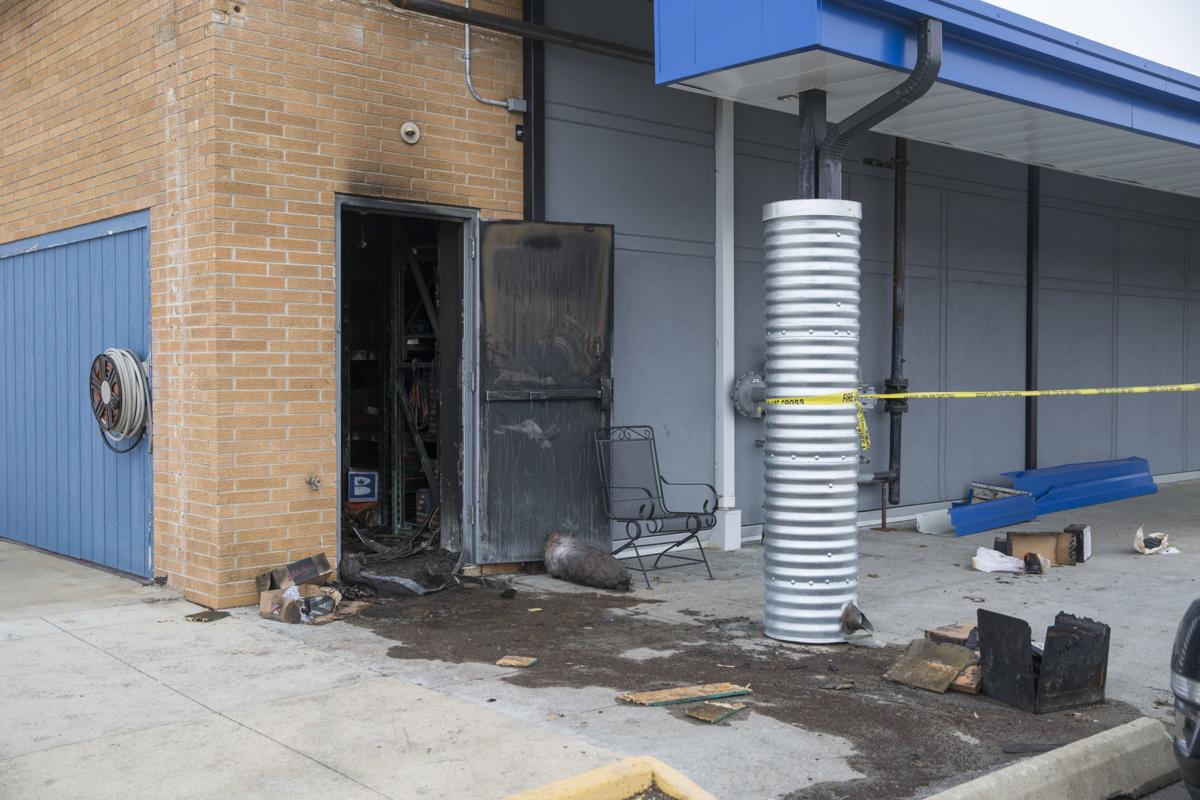 Damage at Maple Lanes in Waterloo caused by a fire early Tuesday. 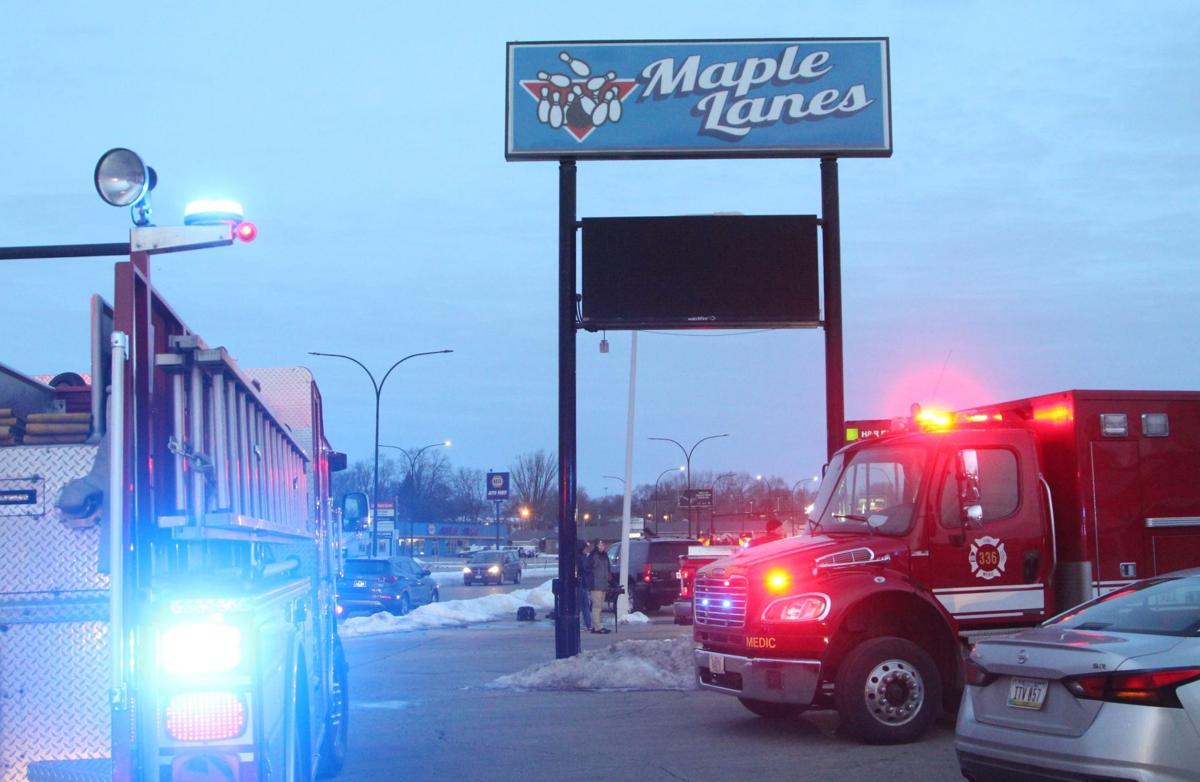 WATERLOO – Police continue to investigate a robbery and fire at a Waterloo bowling center.

Investigators have collected surveillance videos from businesses and homes near Maple Lanes, 2608 University Ave., and are searching the footage for information, said Maj. Joe Leibold with the Waterloo Police Department.

He said authorities have yet to retrieve video from Maple Lanes’ security system, and it wasn’t clear if this evidence survived the fire.

Officers are also conducting interviews, he said. No arrests have been made in the case as of Wednesday.

The city fire marshal was on the scene Tuesday gathering evidence to determine how and where the blaze started and how it spread through the building.

Police said it appears robbers set the fire after searching the business for money and valuables. There was extensive fire damage to the pro shop, office and kitchen areas to the front of the building, and the roofing system was damaged when flames rose into the ceiling.

The robbers struck early Tuesday — estimated to be around 3:15 a.m. — detaining an overnight maintenance worker and forcing him to the floor, according to police. The employee remained face-down on the floor while the intruders went through the business, apparently trying to open a safe.

The worker told police that after about an hour, he smelled smoke and could feel heat, so he fled the building and went to the fire station a block away.

An employee reported the building was set on fire by robbers.

During the trial of Shane Heins in Independence last week, dramatic testimony came out on the rescue at the home during the fire.

WATERLOO — Police have arrested a Waterloo woman for allegedly setting a fire that killed a mother and her young son in April.

An Independence man has been arrested for allegedly assaulting a woman at a Maynard home on Monday.

UPDATE: Maple Lanes fire damage in the millions, according to owner

Heavy fire and smoke damage to Maple Lanes Bowling Center was apparently caused by more than one fire started by three unknown assailants who robbed a janitor at a local bowling alley, causing millions of dollars in damage and necessitating a total rebuild.

Arrest made in Waterloo arson

She is charged with first-degree arson.

The Maple Lanes Bowling Center will be rebuilt after an arson fire to include a bigger bar, duckpin lanes, and volleyball courts.

Waterloo firefighters on the scene of a fire at Maple Lanes in Waterloo on Tuesday afternoon.

Damage at Maple Lanes in Waterloo caused by a fire early Tuesday.