CEDAR RAPIDS | A Charles City man suspected in a Nashua slaying is also suspected of breaking into the home of the man who hosted his wedding.

Authorities allege Randy Lee Patrie killed Carl "Kenneth” Gallmeyer, 70, while looking for a safe in Gallmeyer’s rural Nashua home. Patrie hasn’t been charged in the death, but federal prosecutors make a case for his involvement as they push for a possible life sentence on firearms charges.

Gerald Slessor, who runs River Ranch Camping, testified Thursday that weddings at his campground aren’t unusual. He said he didn’t remember the ceremony, but Patrie’s wife, Wendi, confirmed their wedding was at the campground in October 2010.

Slessor said he had known Patrie since the 1990s when he hired him to put up fencing for a petting zoo and vinyl siding on some buildings at River Ranch. He said they weren’t friends, but Patrie would come by occasionally to chat.

Slessor recalled one Sunday in 2013 when Patrie dropped by his home, located a short distance north of the campground. Slessor told the court it was unusual that he was home on a Sunday morning, and Patrie’s visit was unannounced. He said there seemed to be no reason behind the visit, and they briefly talked.

Slessor’s property had been burglarized twice in recent years, according to testimony.

The most recent break-in was on Easter Sunday, March 31, 2013, when someone entered his home while he was gone. The intruder took a double-barrel shotgun that had been his grandfather’s, and a long gun with a chrome bolt that had been upstairs. Also missing were a TV, a DVD player and a violin, he said.

Before that, the house was burglarized on Sept. 16, 2012, according to agents with the Iowa Division of Criminal Investigation.

That was 10 days before Gallmeyer was killed.

DCI Agent Scott Reger testified Gallmeyer’s home on 240th Street was about a mile and a half from Slessor’s on Cheyenne Avenue.

DCI agents said Slessor’s guns were found in Patrie’s Charles City home during a July 2013 search. They also located a pistol, a shotgun and a rifle that were stolen from Gallmeyer’s home. Slessor’s checkbook and a violin case were also found at Patrie’s, agents said.

Also found in Patrie’s home was a .410-bore bolt-action Mossberg shotgun. The barrel had been cut to 9 inches, and the shoulder stock had been hacked into a pistol grip. From muzzle to butt, it measured just under 20 inches.

In court Thursday, a DCI firearms expert said tests comparing the sawed-off .410 shotgun with evidence found at the scene of Gallmeyer’s death were inconclusive.

Victor Murillo said he examined a plastic shot wad -- fired down the barrel behind the deadly pellets -- to determine the murder weapon was a .410 shotgun. Scrapes and gouges on the wad indicated the gun used in the slaying had a sawed-off barrel with rough burrs around the muzzle, Murillo said.

But Murillo said he was unable to conclusively tie Patrie’s sawed-off shotgun to the murder because spent wads from test firings didn’t match the wad from the crime scene. He went on to say he wasn’t able to rule out Patrie’s gun because each wad from the five test firings had different markings.

Judge Linda Reade is considering legal issues regarding Patrie’s sentencing on the firearms charges, and the sentencing hearing will resume at a future date.

CEDAR RAPIDS | The man suspected of killing a retired grocer and ransacking his home told investigators someone else gave him guns, tools and …

NASHUA | A federal appeals court has upheld the life sentence of a Charles City man accused of killing a man during a 2012 burglary.

NASHUA – A Charles City man suspected of killing a retired Clarksville grocer has had his life sentence overturned.

CEDAR RAPIDS – Judge Linda Reade didn’t hide her feelings Wednesday when she faced the man she sentenced to life in prison some 2 1/2 years earlier.

One arrested after search finds guns, meth in Waterloo

Police seized seven guns and arrested a Waterloo man following a search at a home on Friday.

Investigators with the Chickasaw County Sheriff’s Office filed a charge of first-degree murder against Randy Patrie, who had long been suspected in the shotgun slaying of Carl “Ken” Gallmeyer

Patrie pleads not guilty to 2012 slaying 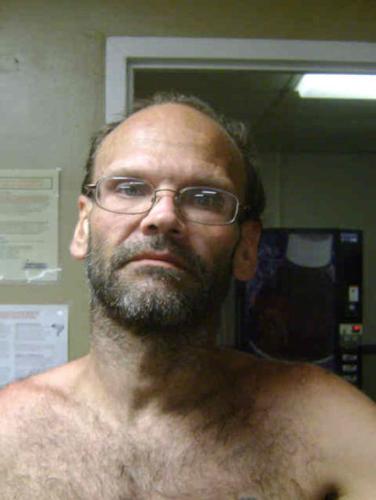 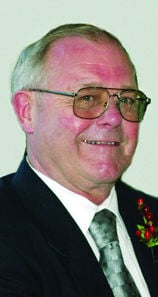