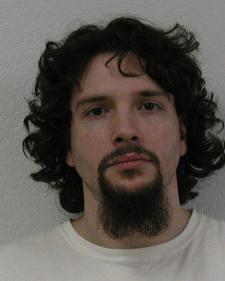 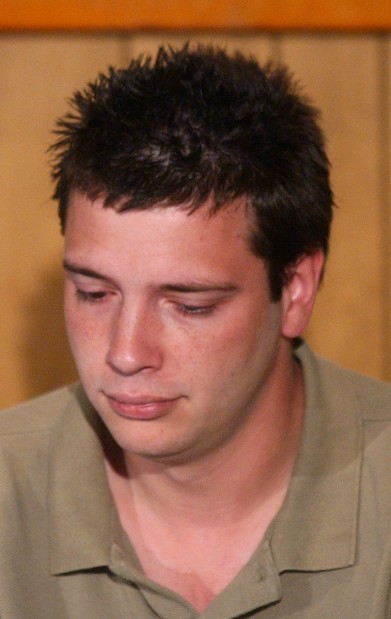 FLOYD, Iowa --- Casey Frederiksen admitted to helping carrying Evelyn Miller’s dead body to the river, where she was later found, according to court records.

He also told fellow inmates that he had sexually abused the girl since she was small, and called her a “little bitch.”

After seven years of mystery surrounding the disappearance and death of the 5-year-old girl, officials announced plans Thursday to charge Frederiksen, boyfriend of the girl’s mother, for murder and sexual abuse.

Authorities kept the fact that Evelyn Miller had died of sharp injuries to the neck and evidence that she had been sexually abused a secret during the investigation, but newly released court records in the case shed new light on how the girl died and show how authorities pieced together the case.

As the investigation continued, Frederiksen changed his story about what happened in the early morning hours of July 1, 2005, once pointing the finger at an acquaintance, and at other time disclosing information that only someone involved in the slaying would know, according to the criminal complaint and affidavit signed by DCI Agent Chris Callaway.

Frederiksen also admitted to enjoy watching men have sex with small children and saying he was aroused while changing Evelyn’s diapers, although he told police he never acted on those urges, court records state.

According to court records, Frederiksen told investigators he went to bed around midnight the night of the disappearance. He said he woke around 2 a.m. to feed Miller’s younger sons around 2 a.m. and then went back to sleep.

Police later received information that Randy Patrie and Danny Slick were at Frederiksen’s apartment at about 2:30 a.m. and saw Evelyn alive.

Frederiksen told detectives he didn’t use drugs and said his computer wasn’t working, but when he was told they were going to search his apartment, he head butted a wall and split his forehead open and then screamed at police.

On July 2, 2005, while the search for the girl was in full swing, Frederiksen and a friend drove to Des Moines and then Waterloo, but he was reluctant to talk about the trip with authorities and later changed his story about what he did, court records state.

Evelyn’s body was found July 7, 2005. An autopsy determined Evelyn died of “sharp force injuries, including wounds to the neck,” and there was evidence of a sexual assault.

The investigation included the use of K-9 teams that indicated they picked up scents along the Cedar River that was the most likely place where the body entered the water. Later, specially-trained FBI dogs indicated Frederiksen’s scent was in the area, but Patrie’s scent wasn’t.

The location was about a 1.5 miles straight line from the apartment building and would take about an hour and 25 minutes to walk.

In August 2005, after Frederiksen and Miller moved out, a neighbor turned over a computer hard drive that Frederiksen had given her on the morning of the disappearance. It contained hundreds of images of sexual assaults involving infants and children.

Another witness told police that Frederiksen borrowed a screwdriver sometime between 6:30 and 7:30 a.m. on the day of the disappearance.

On Sept. 3, 2005, Patrie told police that Frederiksen had approached him outside a bar with a knife and accused him of killing Evelyn, records state.

Later that month, on Sept. 21, Frederiksen attempted to kill himself with a knife. While he was being driven to the hospital, he said if he could take it back if he would: that he would be dead and Evelyn would be alive, records state.

He also told the inmate about confronting Patrie, telling the inmate he asked Patrie why he stabbed the girl in the neck.

“The nature of the injuries to Evelyn Miller had not been released to the general public by law enforcement,” court records note.

On another occasion, while Frederiksen was housed at the Bremer County Jail in Waverly in August 2006, he told another inmate he didn’t kill Evelyn but helped carry her body to the river.

While in federal prison in November 2006, he told yet another inmate he had been sexually abusing Evelyn ever since she was a little girl and that it continued until her disappearance.

Then in February 2007, he told police Patrie took Eveyln at knife point and never brought her back. He claimed he then pretended to sleep until Noel Miller returned home. He later recanted this story, court records state.

In the fall of 2007, he continued to talk to fellow inmates about the case, telling one of them that he had been abusing the girl and that he would get life in prison if he told authorities what he really knew.

He told the other that Evelyn was found clothed, a detail that police said hadn’t been released.

Here is a recap of the live updates we provided during the press conference in Floyd.

FLOYD, Iowa --- Authorities used slightly more than seven years to collect what they believe will be enough evidence to convict Casey Frederik…

CHARLES CITY, Iowa (AP) --- A man charged with killing an Iowa girl in 2005 is now in state custody.

CHARLES CITY, Iowa --- Casey Frederiksen must come up with $2 million, cash only, to make bond. Should he somehow manage to raise the money, h…

The former live-in boyfriend of Evelyn Miller’s mother, Casey Frederiksen, was charged in connection with the 5-year-old girl’s 2005 slaying o…