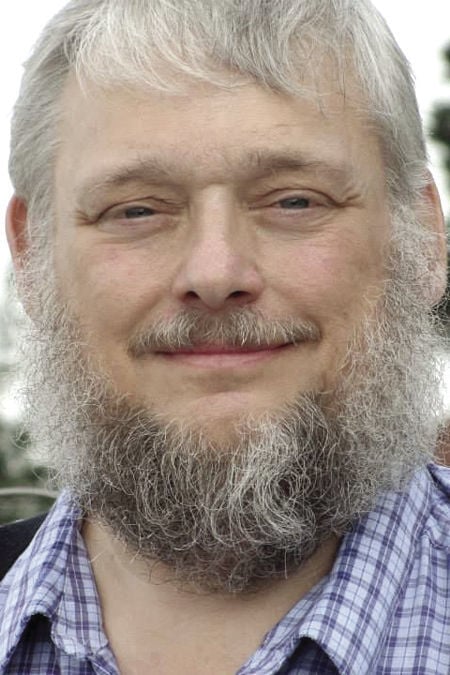 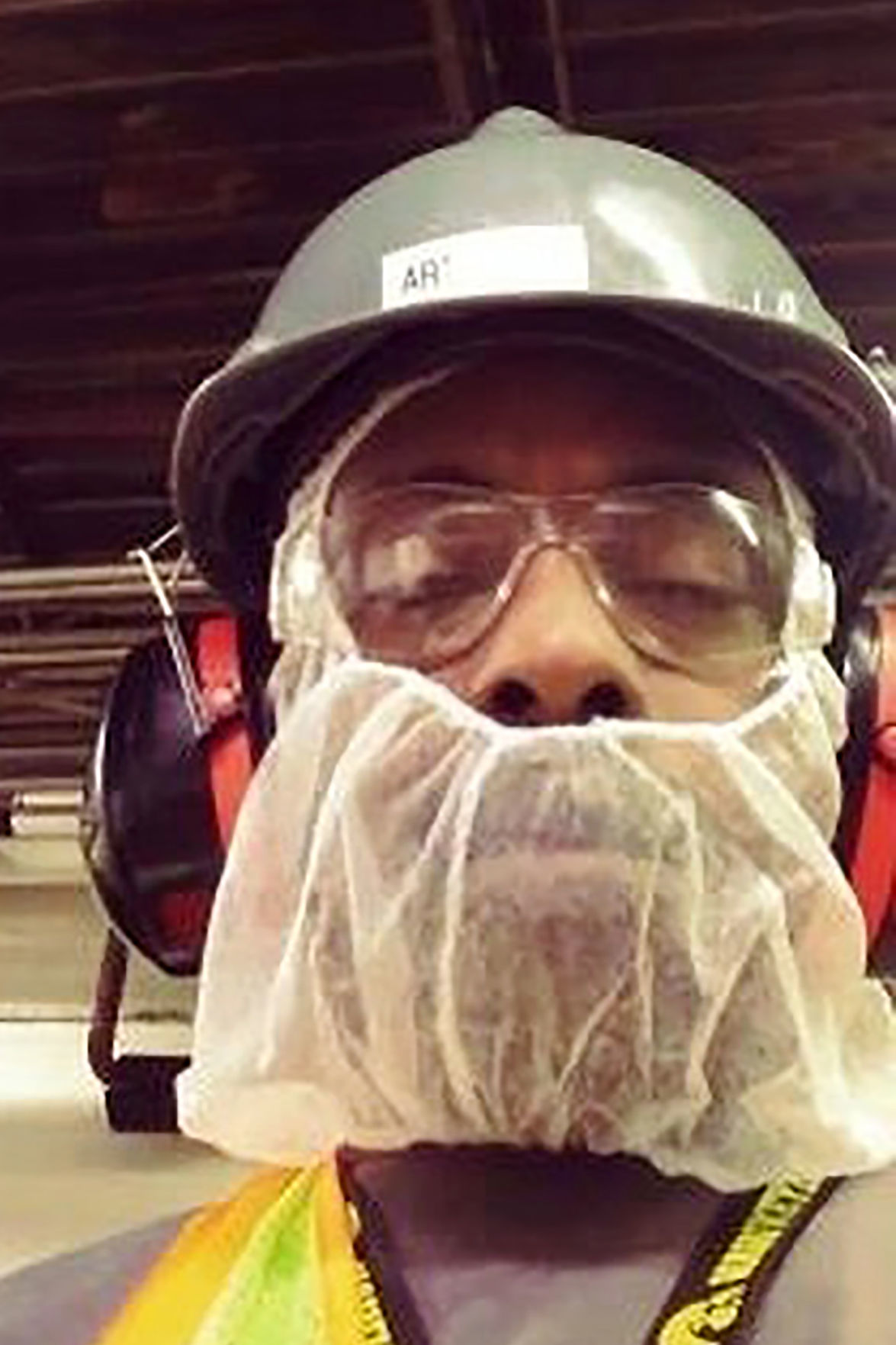 This March 11, 2020, photo provided by Destiny Proctor shows her father Arthur Scott, at the Tyson dog treats factory in Independence, Iowa. Scott died on April 23 after contracting the coronavirus. His neighbor in a Waterloo, Iowa, duplex also died of the virus. 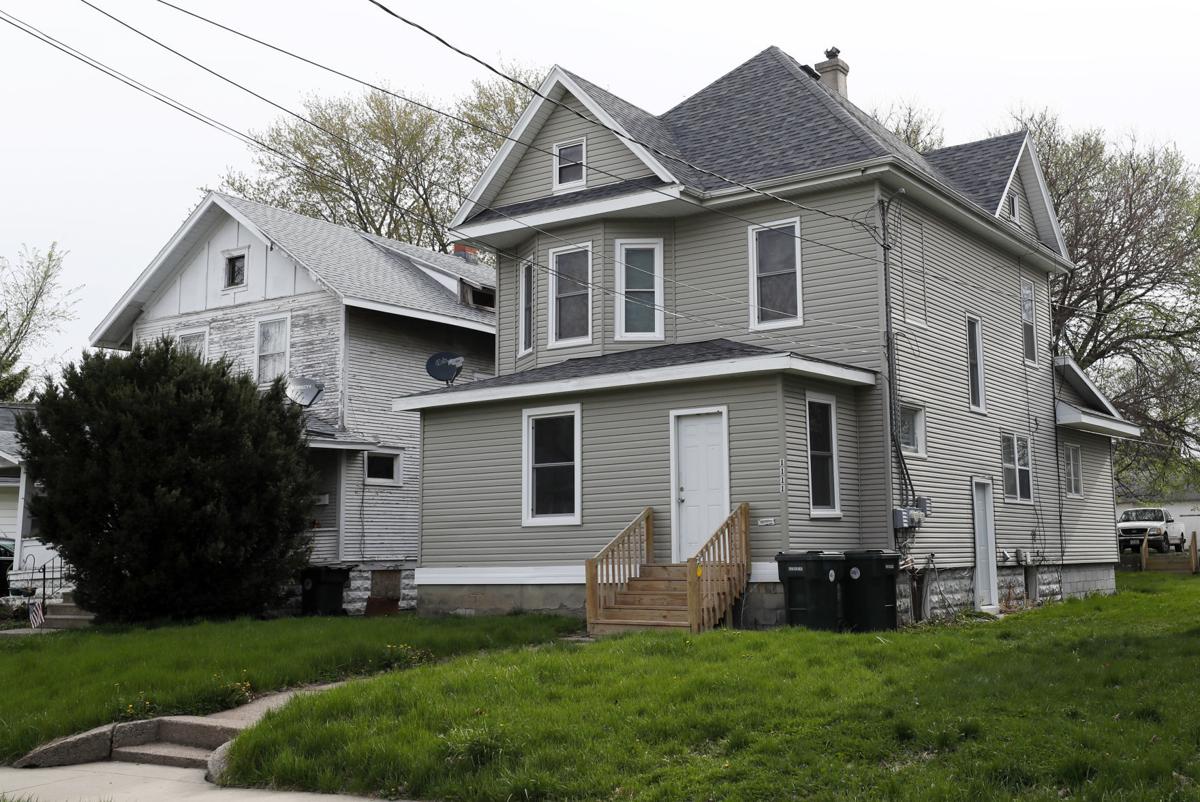 This May 1 photo shows a two-story duplex in Waterloo where two tenants died within days of each other from COVID-19. The coronavirus spread from the nation’s meatpacking plants to the broader communities where many of their employees live.

IOWA CITY — As the coronavirus spread from the nation’s meatpacking plants to the broader communities where they are located, it burned through a modest duplex in Waterloo.

In the downstairs unit lived Jim Orvis, 65, a beloved friend and uncle who worked in the laundry department at the Tyson Foods pork processing facility, the third-largest employer in Waterloo. Upstairs was Arthur Scott, a 51-year-old father who was getting his life back on track after a prison term for drugs. He worked 25 miles away at the Tyson dog treats factory in Independence.

The two men were not well acquainted. But both fell ill and died last month within days of each other from COVID-19 — casualties of an outbreak linked to the Waterloo plant that spread across the city of 68,000 people. Similar spread is happening in other communities where the economy centers around raising hogs and cattle and processing their meat, including the hot spots of Grand Island, Neb., and Worthington, Minn.

He said it’s possible one of the men infected the other because they shared an entryway, or that they each contracted the virus separately at their workplaces.

The virus threatens the communities’ most vulnerable populations, including low-income workers and their extended families.

“They’re afraid of catching the virus. They’re afraid of spreading it to family members. Some of them are afraid of dying,” said the Rev. Jim Callahan, of the Church of St. Mary of Worthington, a city of 13,000 that has attracted immigrants from across the globe to work at the JBS pork processing plant.

“One guy said to me, ‘I risked my life coming here. I never thought something that I can’t see could take me out.’”

In Grand Island, an outbreak linked to a JBS beef plant that is the city’s largest employer spread rapidly across the rural central Nebraska region, killing more than three dozen people. Many of the dead were elderly residents of long-term care facilities who had relatives or friends employed at the plant.

In Waterloo, local officials blame Tyson for endangering not only its workers and their relatives but everyone else who leaves home to work or get groceries. They are furious with the state and federal governments for failing to intervene — and for pushing hard to reopen the plant days after public pressure helped shut it down.

Grieder cried as he recounted how one of his former students, 19, lost her father to the coronavirus and has been left to raise two younger siblings. Their mother died of cancer in September.

Black Hawk County Sheriff Tony Thompson said he first became concerned after touring the Tyson plant April 10 and witnessing inadequate social distancing and a lack of personal protective equipment. As hundreds of workers began getting sick or staying home out of fear, Thompson joined the mayor and scores of local officials in asking Tyson to close the plant temporarily April 16.

But Tyson, with support from Iowa Gov. Kim Reynolds, waited until April 22 to announce that step after the outbreak intensified. The company warned of the significant economic consequences even a temporary shutdown would create.

The plant, which can process 19,500 hogs per day, is now poised to resume production after President Trump invoked the Defense Production Act to require meatpackers to stay open.

Reynolds and Tyson have argued the plant with 2,800 workers is critical to the nation’s pork supply and the regional farmers who sell millions of hogs to Tyson.

In three weeks, Black Hawk County’s cases skyrocketed from 62 to 1,570 — more than 1% of its 132,000 residents. Deaths rose from zero to 19. Ninety percent of the cases are “attributed or related to the plant,” the county’s public health director said.

The Tyson plant has had 444 workers test positive, 17% percent of its Waterloo workforce. The company said “workplace safety continues to be a top priority.”

Thompson said the plant’s outbreak decimated the community’s “first line of defense” and allowed the virus to spread to nursing homes and the jail he oversees. “These are the places we did not want to fight the COVID-19 virus,” he said.

The losses are quickly mounting.

A refugee from Bosnia died days after falling sick while working on the Tyson production line, leaving behind her heartbroken husband. The virus also took an intellectually disabled man who died at 73, years after escaping forced labor at an Iowa turkey plant and happily retiring to Waterloo.

Scott, who went by the nickname Dontae, was planning to reunite in June with two teenage children he had not seen in person since he was incarcerated on federal drug charges in 2011.

A former small-time heroin distributor who suffered from addiction, he and his wife divorced during his prison term, and she moved to Mississippi with the children. Since his 2018 release, friends said he was doing well and rebuilding relationships.

Scott told his daughter, Destiny Proctor, 18, that he suspected he became infected at the Tyson pet food factory, which has stayed open under federal guidance classifying the industry as critical infrastructure.

Proctor and her 15-year-old brother were looking forward to living with their dad this summer. Instead, their final talk was a video call from a hospital where he struggled to talk.

“It was so, so sad,” said Proctor, who described her father as funny and caring and frequently sending her cards and gifts. “He told me he couldn’t breathe.”

Editorial: Tyson did right by closing

After an ever-growing chorus of complaints from area leaders and a wave of absenteeism, the Tyson Fresh Meats plant was temporarily closed by …

On Friday, Black Hawk County officials met with operators of the Waterloo Tyson Fresh Meats facility to discuss progress in efforts to make the plant safe.

This March 11, 2020, photo provided by Destiny Proctor shows her father Arthur Scott, at the Tyson dog treats factory in Independence, Iowa. Scott died on April 23 after contracting the coronavirus. His neighbor in a Waterloo, Iowa, duplex also died of the virus.

This May 1 photo shows a two-story duplex in Waterloo where two tenants died within days of each other from COVID-19. The coronavirus spread from the nation’s meatpacking plants to the broader communities where many of their employees live.