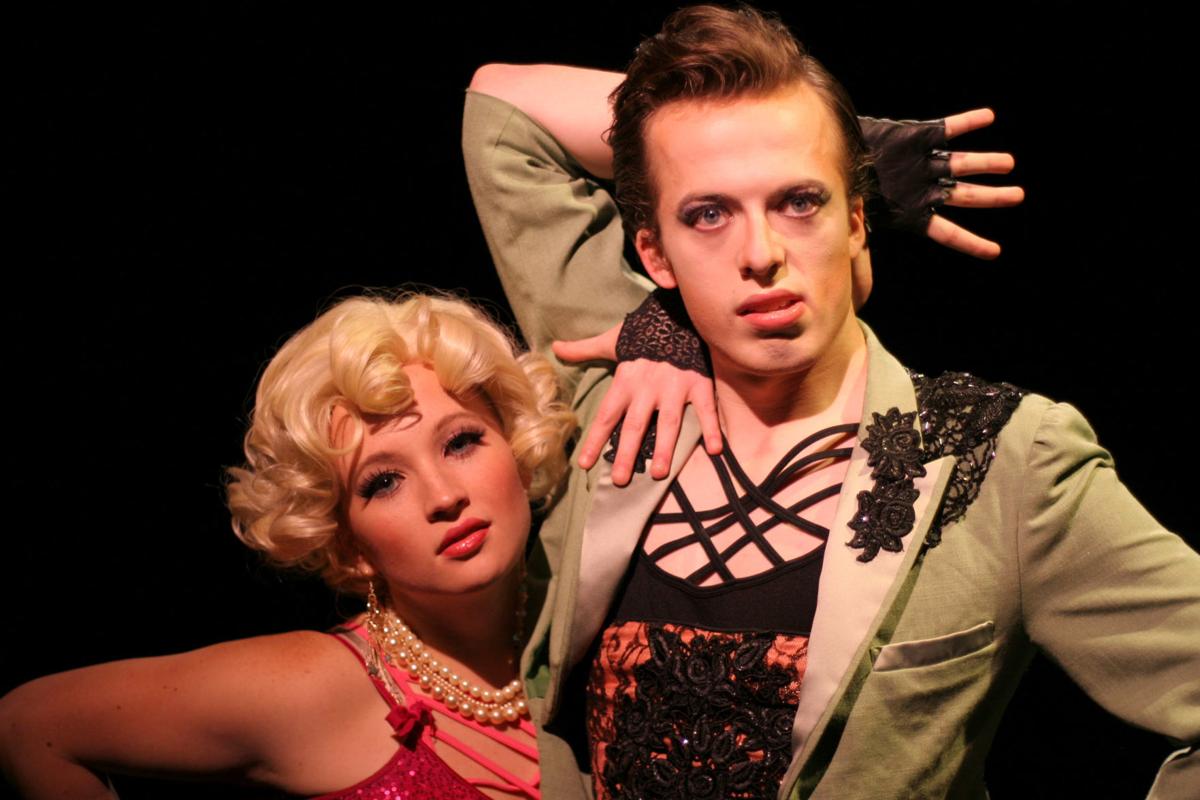 Erika Bailey and Noah Hynick as Sally Bowles and the Emcee in Theatre UNI's 'Cabaret.' 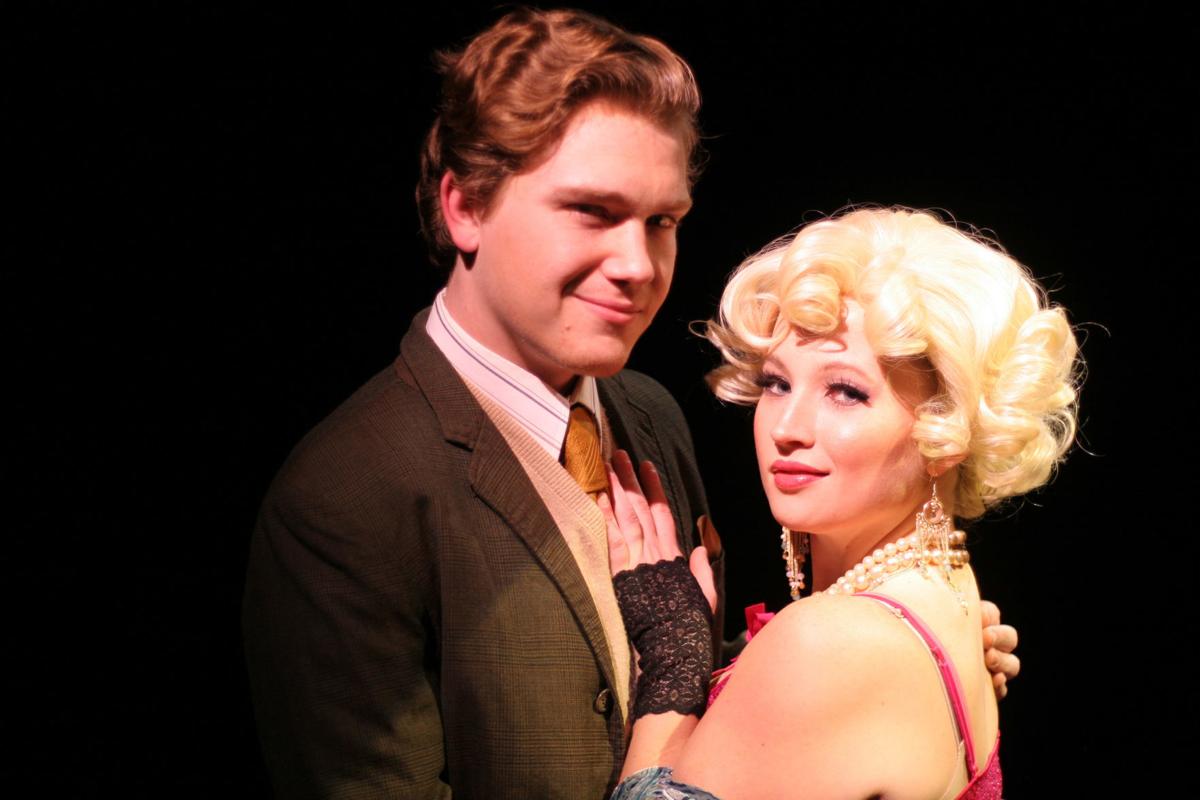 Thayne Lamb and Erika Bailey as Cliff and Sally in a scene from Theatre UNI's musical, 'Cabaret,' opening Wednesday. 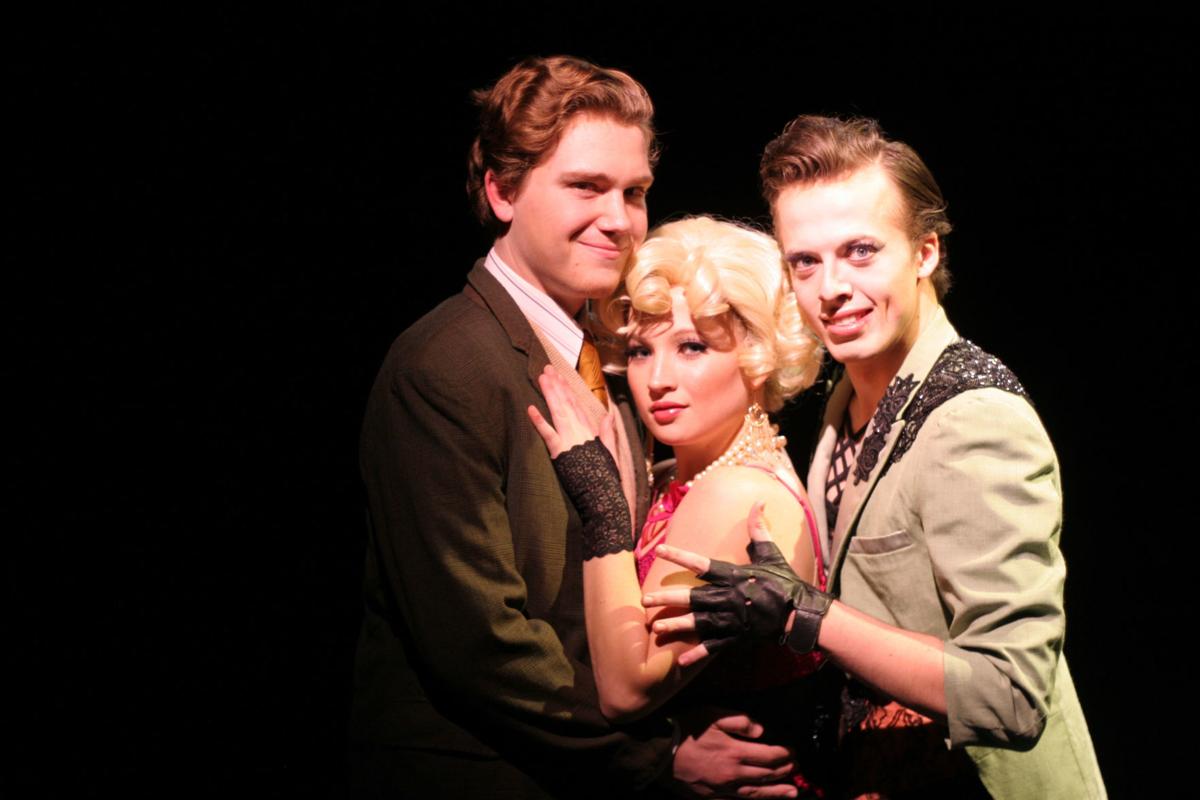 CEDAR FALLS – Willkommen, bienvenue, welcome to the Kit Kat Klub. “Leave your troubles outside! So life is disappointing? Forget it! In here, life is beautiful” — in the “Cabaret,” where you never know how the night will end.

For its second offering this season, Theatre UNI will present the iconic American musical “Cabaret” by Joe Masteroff, John Kander and Fred Ebb in performances beginning Wednesday through Dec. 8 at the Strayer-Wood Theatre.

“It is one of the classics of musical theater, a historical and very important piece because it signaled the move away from traditional musical theater to shows that were more conceptual. In ‘Cabaret,’ it feels like you’re moving in and out of time, and you’re along for the ride, ready for something delightful,” said the show’s director Amy S. Osatinski, assistant professor of directing.

The show is described as an “exciting evening of scintillating sound, sophisticated style and sensational spectacle.” The Theatre UNI’s musical uses the newest “Cabaret” revival in London, which combines elements from the original stage production and incorporates songs from the film version starring Liza Minnelli and Joel Gray, Osatinski said.

The story is set in 1929 Berlin on the cusp of the rise of the Third Reich. Inside the seedy Kit Kat Klub, worries are pushed aside as cabaret girls and boys serve drinks and the emcee (Noah Hynick) entertains and warms up the audience. English cabaret performer Sally Bowles (Erika Bailey) performs and flirts and wins the love of Cliff Bradshaw (Thayne Lamb), an American writer. The club is a metaphor for what is happening politically outside its doors.

“But the ending is very different in this version, it’s unexpected and very effective,” Osatinski explained. The musical is challenging and “the students have really stepped up and are working incredibly hard. They are taking what they’re learning in acting class and applying it to the stage. It’s such an ensemble piece.”

Bringing together storytelling and music is guest choreographer Danielle Ricci, an educator, choreographer and professional dancer who lives in Minneapolis-St. Paul.

Music director is Jeffrey Brich, instructor of applied voice, and Cayla Bellamy, assistant professor of bassoon in the UNI School of Music.

Strayer-Wood Theatre is being turned into a nightclub for the show. Limited on-stage VIP seating on the stage will be available. Set design is by Mark S. Parrott, associate professor of design. Lighting design is by guest artist Chris Wood.

“The stage setting is a really neat three-quarters round or thrust set-up so the audience can be on three sides of it. We’re not selling the top two rows so we can bring the audience down and closer to the action,” Osatinski said.

Singing servers will provide beverage and snack service. Opening acts will include local bands and faculty members. The lobby space also will be transformed into a club.

Theatre UNI's 'One in the Chamber' explores aftermath of accidental shooting

Six years after a young boy accidentally shot and killed his younger brother, the family struggles to adjust to his homecoming in 'One in the Chamber,' opening Oct. 24 at Theatre UNI.

Theatre UNI at the University of Northern Iowa has announced its new season of productions.

UnityPoint Health-Allen Hospital will host an open house from 4 to 6 p.m. Dec. 11 to celebrate the renovation and expansion of its birthing center.

One-hundred and eighty-eight young adults from the Catholic parishes in Waterloo and Cedar Falls will be attending the National Catholic Youth Conference in Indianapolis next week.

Recurring flooding and water quality woes that have hampered rivers around Iowa and beyond prompted Cedar Rapids to take a different approach to the Cedar River, which is the city’s primary source of drinking water and essential to core industries.

Jim McDonough and his orchestra and singers will perform a new holiday show at 2:30 p.m. Dec. 14 at the Gallagher-Bluedorn Performing Arts Center on the University of Northern Iowa campus.

Kyle Pederson, a Minneapolis-based composer, will serve as Wartburg College’s guest composer for the rest of 2019 and 2020.

The Theatre UNI Digital Performance Festival will feature 13 shorts by student directors, Sunday through May 8. Viewers can enjoy a new short daily on Theatre UNI's Facebook and Twitter platforms.

Erika Bailey and Noah Hynick as Sally Bowles and the Emcee in Theatre UNI's 'Cabaret.'

Thayne Lamb and Erika Bailey as Cliff and Sally in a scene from Theatre UNI's musical, 'Cabaret,' opening Wednesday.