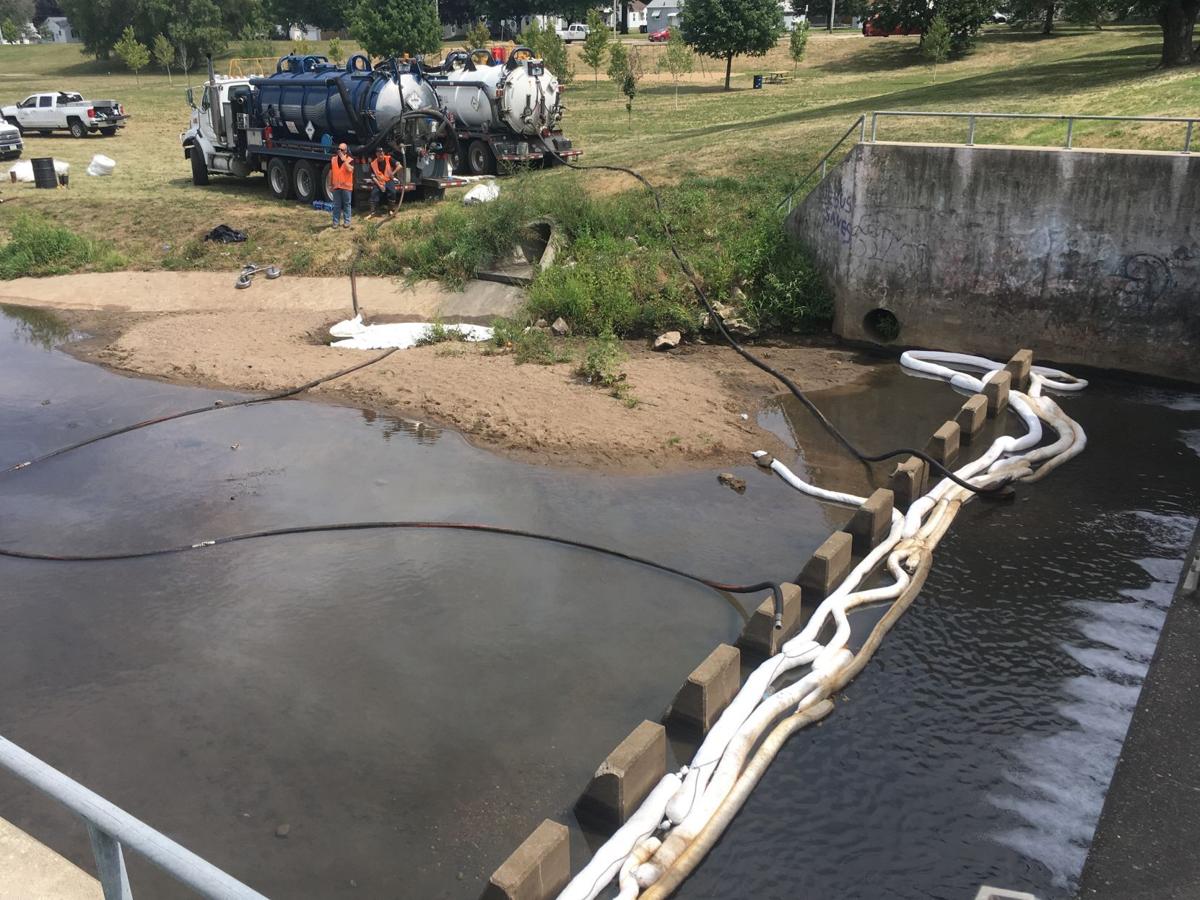 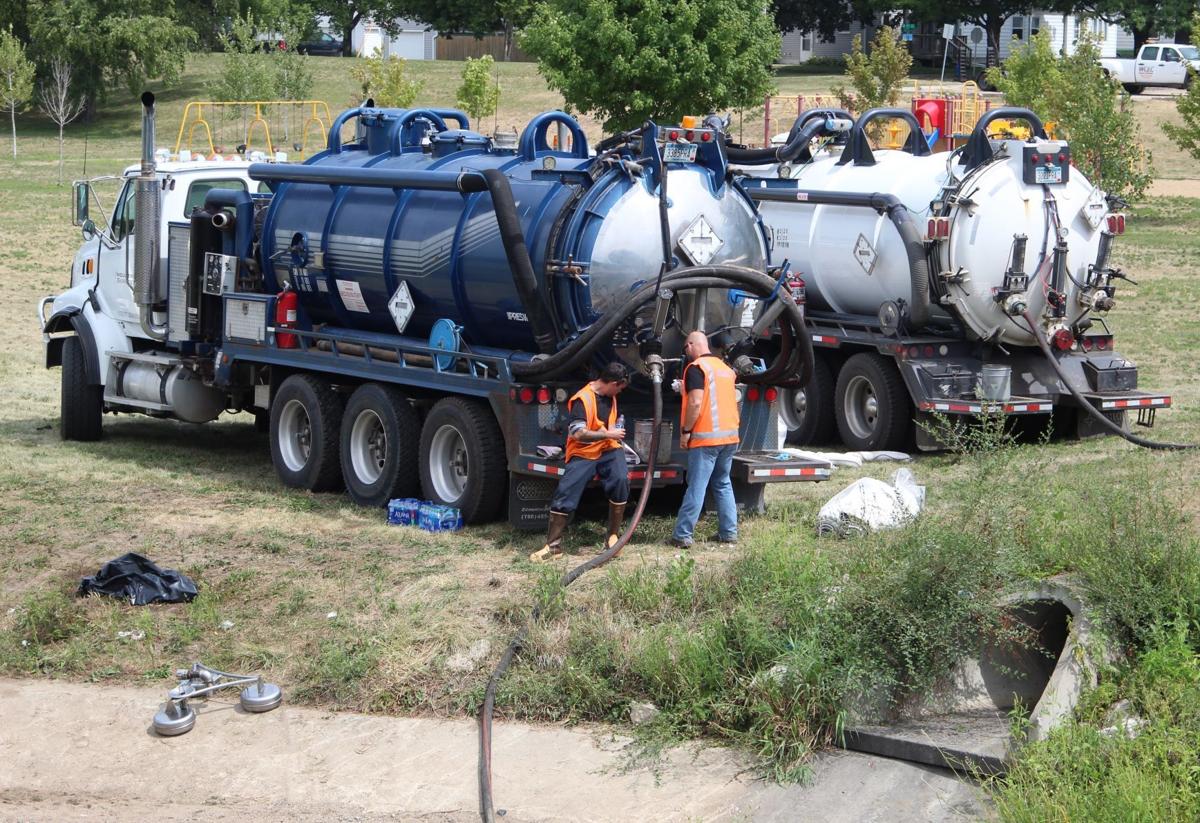 WATERLOO – Cleanup continues after a fuel tanker truck piloted by a naked man crashed into a Waterloo home Thursday, sending thousands of gallons of diesel flowing down city streets and sparking evacuation of a neighborhood.

Environmental service contractors hired by Kwik Trip/Kwik Star have been working to remove the fuel from the earth and water downhill from the crash scene at 1420 E. Ridgeway Ave.

Crews from West Central Environmental Consultants removed soil from the scene and flushed storm sewer lines in the area wFriday. Boom equipment was set up in Dry Run Creek at Liberty Park to skim diesel fuel from the stream and load it into trucks.

Another group from WCEC has been stationed downtown where Dry Run flows into the Cedar River.

Police continue to investigate the Thursday morning collision, and the accident reports indicate a warrant will be issued for reckless driving other charges.

Authorities said the incident started around 6:15 a.m. Thursday with a disturbance at the Kwik Trip biofuel blending facility in the 2100 block of Ridgeway Avenue where a naked man had crashed a semi cab into a wooded area and then climbed into a tanker truck loaded with 7,600 gallons of diesel. He sped off east down Ridgeway Avenue, according to the crash report.

Officers responding to the call saw the driver pass them around National Drive, pumping his fist in the air, the report states.

The semi was traveling around 70 mph when it blew through a red light at West Ninth Street. It swerved into the oncoming lane because of traffic stopped at Hammond and Ridgeway and struck a southbound minivan.

The tanker truck driver lost control, clipped a trailer pulled by another vehicle and slid into two parked SUVs in a driveway before crashing into the house, the report states.

The resident was asleep and escaped injury, and Waterloo firefighters had to cut the tanker driver free of the wreckage.

The center runs around the clock with suppliers filling tanks outside, and Kwik Trip drivers filling their tanker trucks to mix the fuel while enroute to stores in the state.

WATERLOO -- Communication problems mean Black Hawk County residents may have to use a different number to reach dispatchers.

Church damaged when cars hits it

The corner of Grace Fellowship Church, 1760 Williston Ave., was damaged Wednesday when a car careened into the building after its brakes locked up.

A Raymond man died in a crash on Interstate 380 during a storm on Saturday.