Charles Wright: A conscientious objector goes to war
0 comments
Share this
{{featured_button_text}}
1 of 2 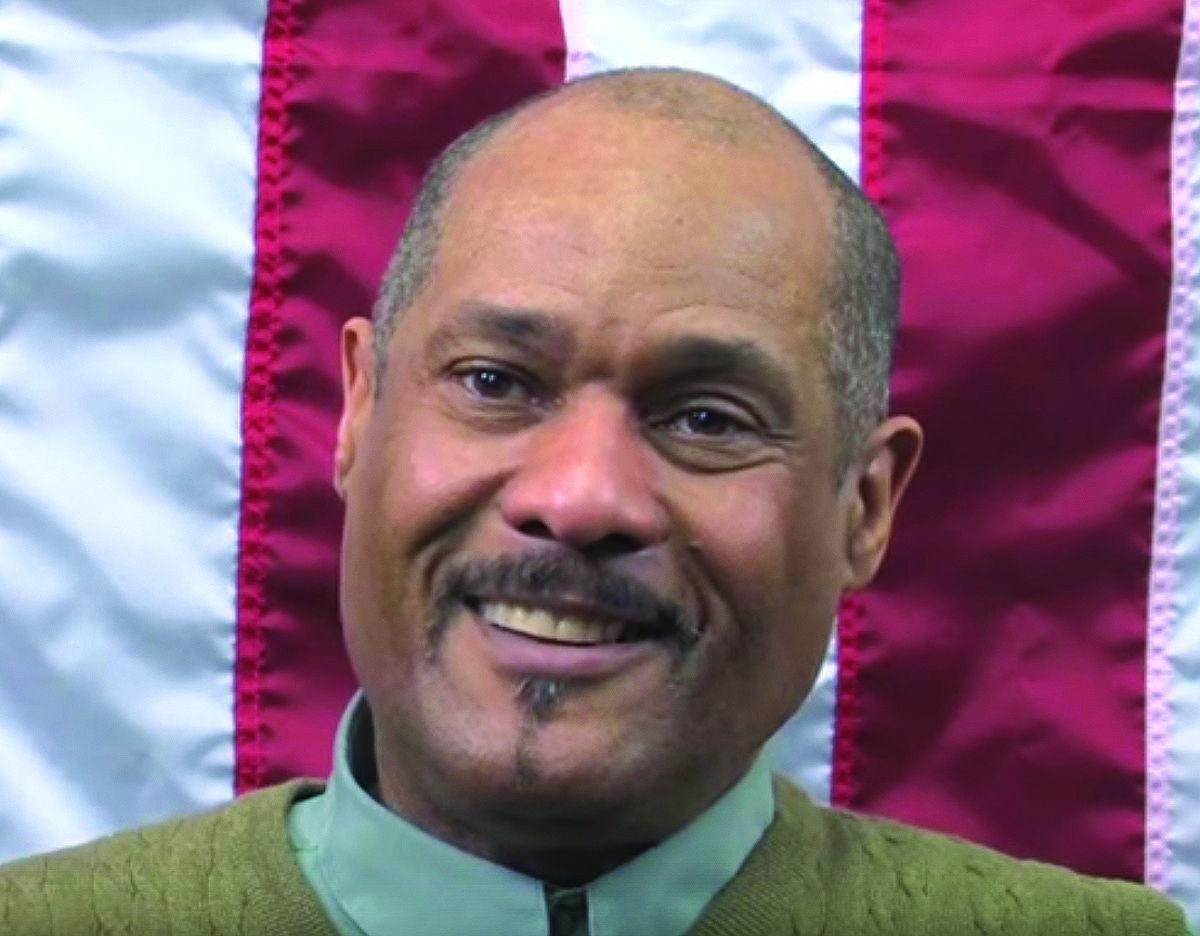 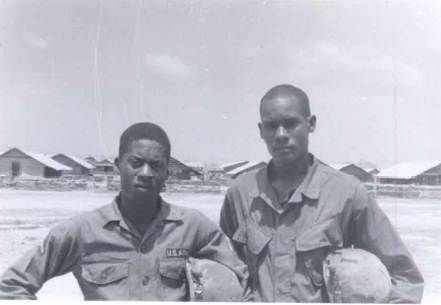 Charles G. Wright, right, and his nephew, Xavier Owen Johnson, left, are shown in Vietnam. Xavier Johnson was killed in action in Vietnam, and their family requested for Wright to escort Xavier home from Vietnam. Wright did not have to return to Vietnam, but he chose to return to finish the rest of his service.

WATERLOO | Charles Wright never picked up a weapon in combat in Vietnam, and he never lost a man in his company.

But perhaps the most impressive fact about Wright’s service is that, despite being injured, despite witnessing horrors, despite growing ever-immune to those tragedies, his time in war only strengthened his faith in God.

Certainly, not all of his prayers were answered -- he had hoped to be stationed out of the combat zone -- but the most important one was.

“I prayed before I ever went to Vietnam. I prayed that I would come back whole, that I would have all my fingernails and toenails, and everything like that,” Wright said. “I told God in my prayer that I wanted to come back alive, and I wanted to be married and have a family.”

Wright, 68, now a pastor in Cedar Falls, didn’t only come back fully intact, he came home with some additional shrapnel in his body that still sits inside him today. He also got a wife -- he’s been married for more than 40 years -- two daughters, grandchildren, and a full life.

Throughout his service and his life Wright has had a voice that has guided him, either in dreams, or others’ words or the letter from his pastor that led him down the path as a conscientious objector throughout the conflict in Vietnam.

Wright spent his formative years wearing an aluminum bowl on his head and clomping around in his World War II veteran father’s too-big combat boots, but by the time he entered adulthood, he was less gung-ho about being a soldier.

He was drafted into the U.S. Army in 1966, and he entered as a conscientious objector -- unwilling to pick up a gun and kill on command, though prepared to defend himself and his fellow soldiers.

Because of his position, Wright went through basic training but was diverted from advanced infantry training to become trained as a medic. Wright will never forget the day in his medic training when he learned just two of the about 80 students were destined for Vietnam, and then the shock at being one of those two.

“I lost my military bearing, and I yelled back, ‘Vietnam!,’ and it was, like, you don’t do that in formation, but I did. I just lost my military cool, and I was shocked, totally shocked,” Wright said.

After a long, quiet flight, he ended up in Vietnam in January 1967. He didn’t sleep a wink that first night.

Wright’s position as a medic meant he often switched companies, so he would not get too attached to anyone so he could better perform his medical duties.

His job meant standing by the team leader or top officer and the radio man, and essentially waiting for something bad to happen to get called into action.

“We were so well trained … that I would respond and react, rather than think, and there are times I would think, but most of the time if a guy screamed, ‘Medic!,’ you know, I remember just exposing myself and just jumping up and running toward his direction,” Wright said.

Wright said the first time he ran into danger to help someone, it felt surreal, like something out of a movie or television show, where orchestral music plays in the background as he ran.

He had almost the same sensation -- without the music playing in his head -- when he was injured in an explosion in battle, but still continued on helping his fellow soldiers, reacting without thinking.

“I was injured to the point where my concussion, I tried to stand up, and I couldn’t, and I said, ‘Well, I can crawl,’ so I started crawling around. I got his (another injured medic’s) aid bag, and I started crawling around to the other guys to start patching them up,” Wright said. “I disregarded my own wound and I was concerned about somebody else.”

He actually shielded a higher ranking officer from further injury using his own body and earned a purple heart for his service in the battle.

“I didn’t get any treatment until I was done with everybody else that I got to, and I was just lying there and my commander, the lieutenant came over and he looked at me and he said, … ‘We thought you were dead,’ and I said, ‘Well, I did too,’” Wright said.

When helicopters evacuated the men, that’s when Wright first learned the extent of his own injuries. The shrapnel from the explosion had just missed his spinal cord and just missed nicking his liver. Instead, it lodged in the wall of one of his kidneys, where it remains today.

The need to serve

But Wright’s service wasn’t over. As he went through more battles, it simply became rote and then -- he was horrified to realize -- almost mundane.

Wright started to realize he was growing too accustomed to war when he came home to his native St. Louis to help facilitate the return of his nephew Xavier Owen Johnson, 18, who was killed in action in Vietnam.

While he did not have to return to the war after delivering his nephew’s body -- Wright was still recovering from his own injuries -- Wright found that he couldn’t wait to get back and voluntarily chose to finish out the rest of his service.

“I was cussed out. They talked about me so bad. What in the so-and-so are you doing back here? And I told them, I said, ‘Look, my tour of duty isn’t done,” Wright said. “I wanted to get back out there in the field, and honestly, I prayed to go back out … my attitude was somebody might need me.”

But when time came to serve his last mission -- he heard a voice whisper to him on his last outing before he got official word -- Wright knew his time in Vietnam was finished.

Military occupation: Served as an Army medic with several different companies in Vietnam.

Additional info: Wright received a Bronze Star and a Purple Heart among other service awards. He received the Purple Heart for using his own body to shield a higher ranking officer and tending to other wounded soldiers in battle, while injured himself.

Slideshow: They served with honor

Charles G. Wright, right, and his nephew, Xavier Owen Johnson, left, are shown in Vietnam. Xavier Johnson was killed in action in Vietnam, and their family requested for Wright to escort Xavier home from Vietnam. Wright did not have to return to Vietnam, but he chose to return to finish the rest of his service. 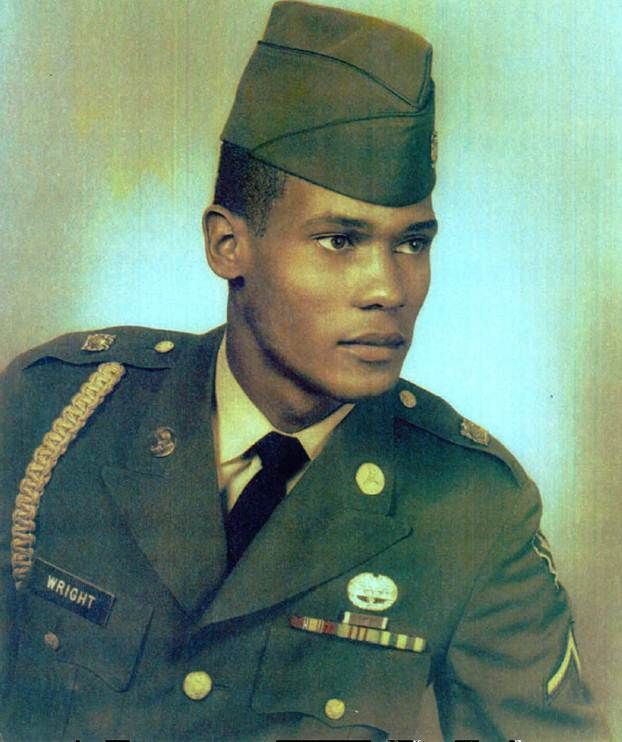 in his U.S. Army uniform