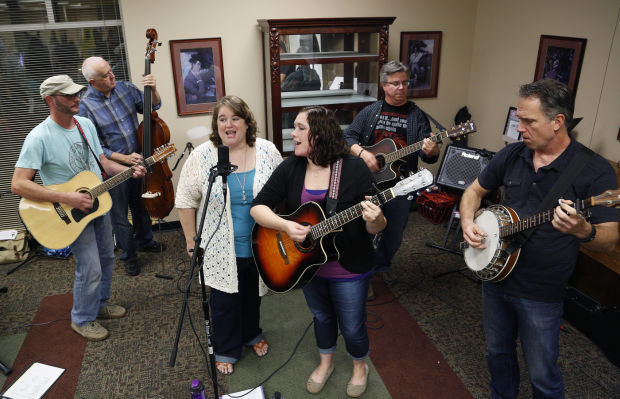 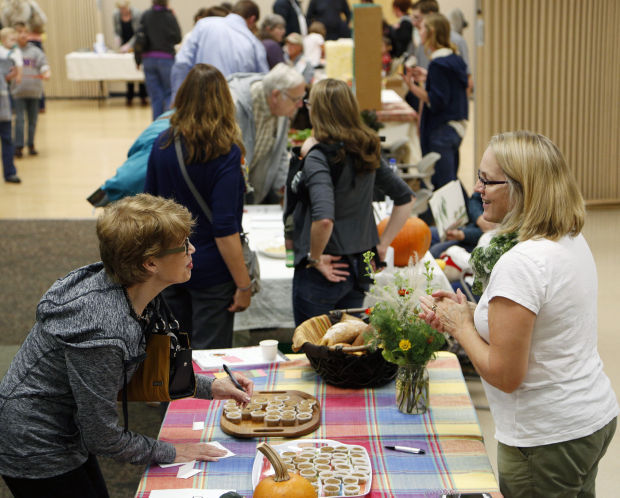 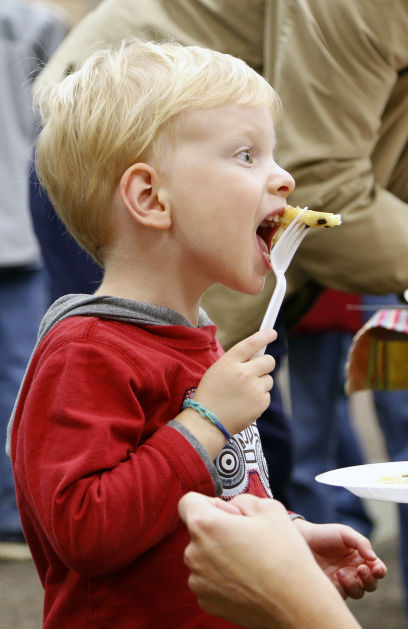 CEDAR FALLS | What started as a casual conversation between like-minds over coffee several years ago has grown into a full-fledged grassroots campaign to bring the Cedar Falls Food Co-operative to life.

Though they’re still at least two years away from identifying a storefront location, the founders of the co-cop took a major step forward by opening up membership to the public during a launch party Tuesday evening at the Cedar Falls Community Center.

And what a party it was. The center was packed to the walls, which reverberated with the music of local bluegrass folk band Damascus Road as visitors sampled food from various local farmers and businesses, including Blueridge Orchard, Timber Ridge Bison and Sidecar Coffee.

Co-op organizers were available to answer questions about the business venture and what membership entails.

“A cooperative is a unique kind of for-profit business,” said Cedar Falls Food Co-op board member Tom Wickersham said. “The business is owned and operated by its member-owners. The value of being a member-owner is you have a say in the direction of the company. You can vote in elections, you can appeal to change the bylaws, those sorts of things. You have that power that you don’t have in other regular businesses around town.”

“Co-ops are good in terms of economic development,” Wickersham said. “They give back to the community more than regular grocery stores do. It’s just good for the community.”

Having achieved incorporation through the state last month, the goal for Tuesday evening was to begin bringing at least 1,000 member-owners into the fold. Wickersham said the member-owner shares -- at $200 apiece -- will create a financial foundation from which the co-op can launch its future endeavors.

“What we need dollar-wise for a storefront is much, much greater than what we’ll have with membership shares,” Wickersham said. “What they do provide is legitimacy in the eyes of banks that can provide us with loans to get us to where we need to go.”

Member-owners also receive financial dividends based on the level of their participation in the co-op and can participate in special classes offered exclusively to members.

Elizabeth Hackbarth was one of the first people to sign up for a membership Tuesday evening. Having just moved to town from Minneapolis where there are several food co-ops available, Hackbarth said she was thrilled at the possibility of one coming to Cedar Falls.

"I've seen a lack of fresh and healthy food options, so I'm very excited to be advocating for the co-op," Hackbarth said.

Wickersham remained level-headed about the prospect of signing on 1,000 members in one night.

"We’re asking people to take a leap of faith, to invest in a company that won't open its doors for another 2 years," Wickersham said.

Still, he and other board members saw the launch party, which attracted at least a couple hundred people, as an encouraging start.

"We’ve been talking with so many people, and we feel the enthusiasm and interest level is very high," Wickersham added.

Additional information can be found at: http://www.cedarfallscoop.org.

A popular food truck is now gobbling up its own storefront for a deli-style eatery in downtown Waterloo.

One injured in semi rollover in Cedar Falls

One person was injured in a semi rollover in Cedar Falls on Monday morning.

The Other Place on College Hill closes permanently

The business was no longer sustainable, and one reason for the closure is it couldn't find enough people to work during the daytime.