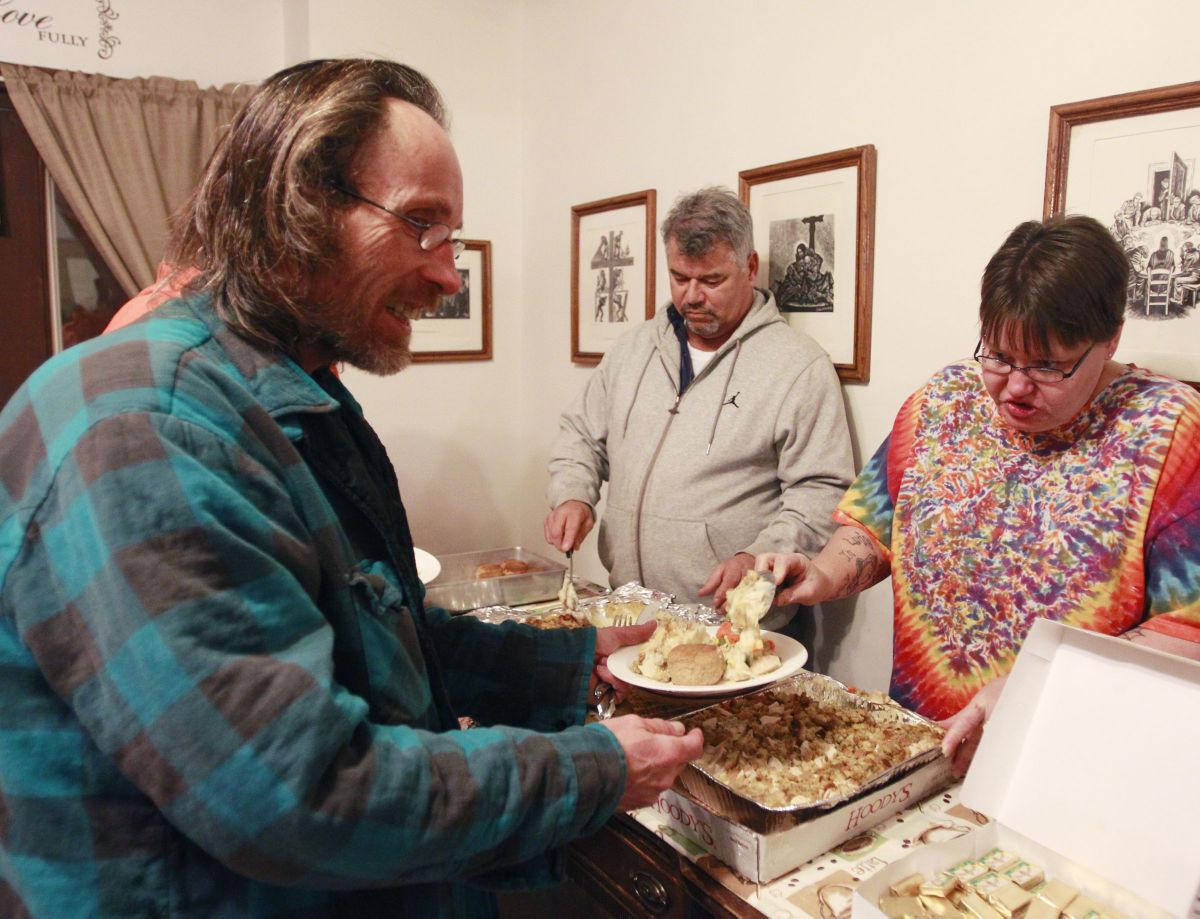 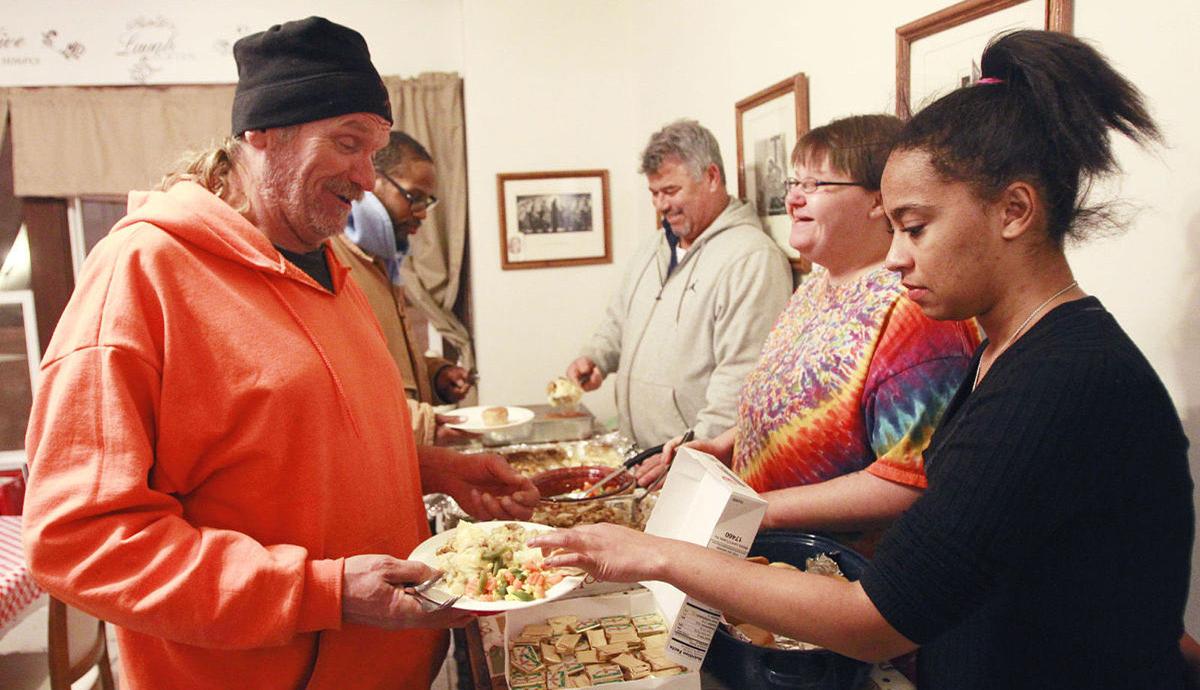 WATERLOO | Fran Fuller hopes for the day when everyone has a home and those in need can turn to their neighbors for a place to stay.

Until then, though, she works as one of four full-time volunteers at the Catholic Worker House that takes in men, women and families who are in need of a place to stay. And rather than see the need decrease, Fuller says they find themselves in need of more space.

That’s why the organization, founded  in Waterloo 34 years ago, has launched the “need more room at the inn” project to raise funds to be able to buy a house near its other two locations in order to serve a growing population of homeless. To meet that need, they’re hoping to raise $45,000 as soon as possible to be able to purchase the home.

So far, about one-third has been raised through a fundraising letter distributed to the about 600 people who are on the not-for-profit, nondenominational Catholic Worker House mailing list.

“Because of the cold weather, I wish we had it today,” Fuller said of the fundraising total, “so it is an urgent need, we feel, due to the weather.”

As Fuller has so often found, as soon as the Catholic Worker House finds itself with a need, someone or something pops up to fill the gaps. This time the nearby house is up for sale after years of being a rental property.

Though the organization had considered purchasing it years earlier when it last went up for sale, the timing wasn’t right.

Now, though, Fuller said, “We thought maybe the time is just right to try again.”

“We’re concerned. There’s cold. Suddenly, there’s less beds than there were before, and we’re having more men need our space than we did before,” Fuller said.

The housing needs in the Cedar Valley are many.

The Institute of Community Alliances that looks at homelessness in Iowa shows 931 people were homeless in Black Hawk County in 2014, which makes it the fifth highest rate in the state. But 2,134 people got housing services, which put Black Hawk behind just Polk and Linn counties, the two most populous in the state.

A report by the Waterloo Community Development Board on housing says the Waterloo Housing Authority provides more than 1,000 housing vouchers to people to prevent homelessness and is at maximum capacity. But there is a five-year wait to get into the program.

A point-in-time survey showed about the same number of unsheltered people as there was one year earlier, so the programs are helping but the need is not decreasing. A Cedar Valley United Way report shows about 25.6 percent of Black Hawk County’s homeless population is employed.

Statewide, the use of emergency shelters is up about 1,000 from where it was in 2006, but it is below a spike in 2011, according to the Institute of Community Alliances report. In all, 11,638 Iowans were homeless.

Though there had been some concern the Salvation Army reduced beds during the winter season, it remains at 16 beds for its men's facility.

Grace Kole, development director at the local Salvation Army, said there had been a reduction to 10 while it introduced a new program designed to curb the revolving door of homelessness. But the beds are currently at 16 due to the cold weather.

Regardless of the need, Fuller said the Catholic Worker House has seen a noticeable uptick in the need, particularly for men. The men’s house has five beds and three couches, and staff have noticed they’re regularly full.

The hope is the new house also will be able to provide somewhere between seven and 10 beds for men. The women’s or family house has four beds, so it can take four adults and their children if they’re willing to share beds.

Because of the unique way the Catholic Worker houses operate -- its workers are unpaid and it doesn’t accept federal money so it’s not tied to particular regulations for helping -- Fuller said the houses often operate at a fraction of the cost of other services and can help anyone in need. There are around 200 other Catholic Worker houses throughout the world that share the philosophy of opening houses to provide for the needs in a community.

During the past year, for example, the local group received $25,000 in donations, which covered utilities, property taxes, property maintenance for the two houses and provided 10 days of shelter for about 300 men, women and children. It also works with churches to provide three community meals a week.

People interested in contributing to the Catholic Worker House’s “need more room at the inn” project can donate in the following ways:

WATERLOO — For centuries, Christians have done everything they can to follow Jesus’ command to go spread the word of the gospel.

WATERLOO | One of the founders of the feast was conspicuously absent at the 35th free Christmas Day dinner at Westminster Presbyterian Church.…

CEDAR FALLS | On the surface, Tuesday night’s community meal at First United Methodist Church appeared as it always has.

House of Hope: Women better themselves through transitional program

WATERLOO | "I was up a creek without an oar.”

WATERLOO — Prayers — and a plea for funds — were answered when the Catholic Worker House received nearly $75,000 to purchase a new home for th…

WATERLOO — A little more than 35 years ago Sister Nancy Hemesath had a simple question: When were her fellow Catholics going to put the words …