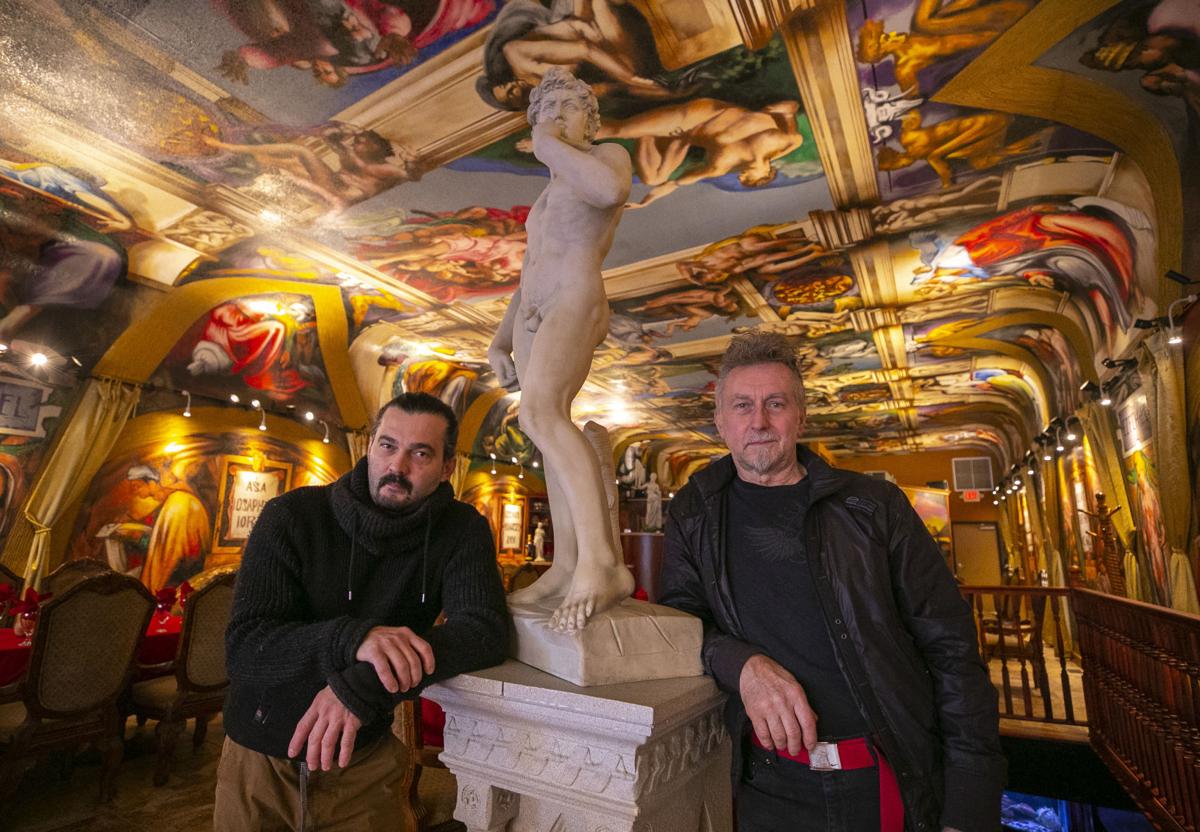 Paco and Jacky Rosic inside Cappella Magna, their destination venue that will host private events in downtown Waterloo. The location, once known as Galleria de Paco, features a spray-painted replica of the Sistine Chapel. 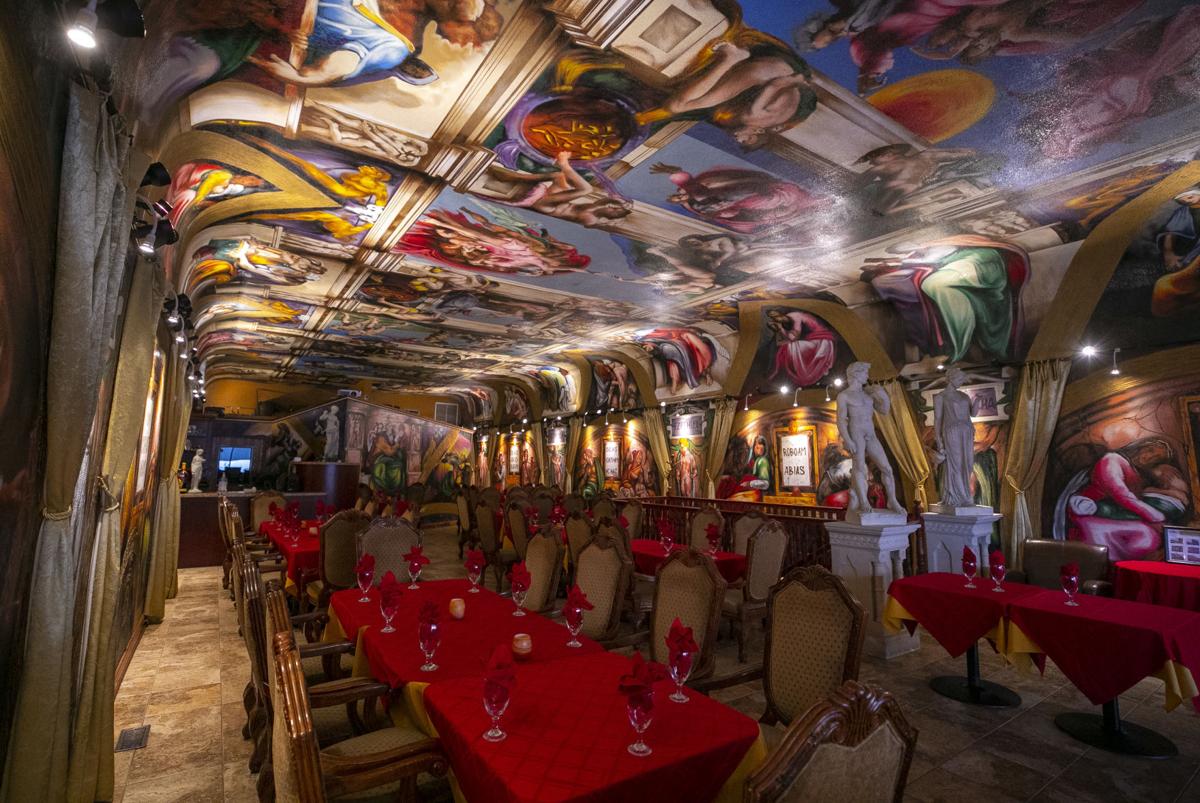 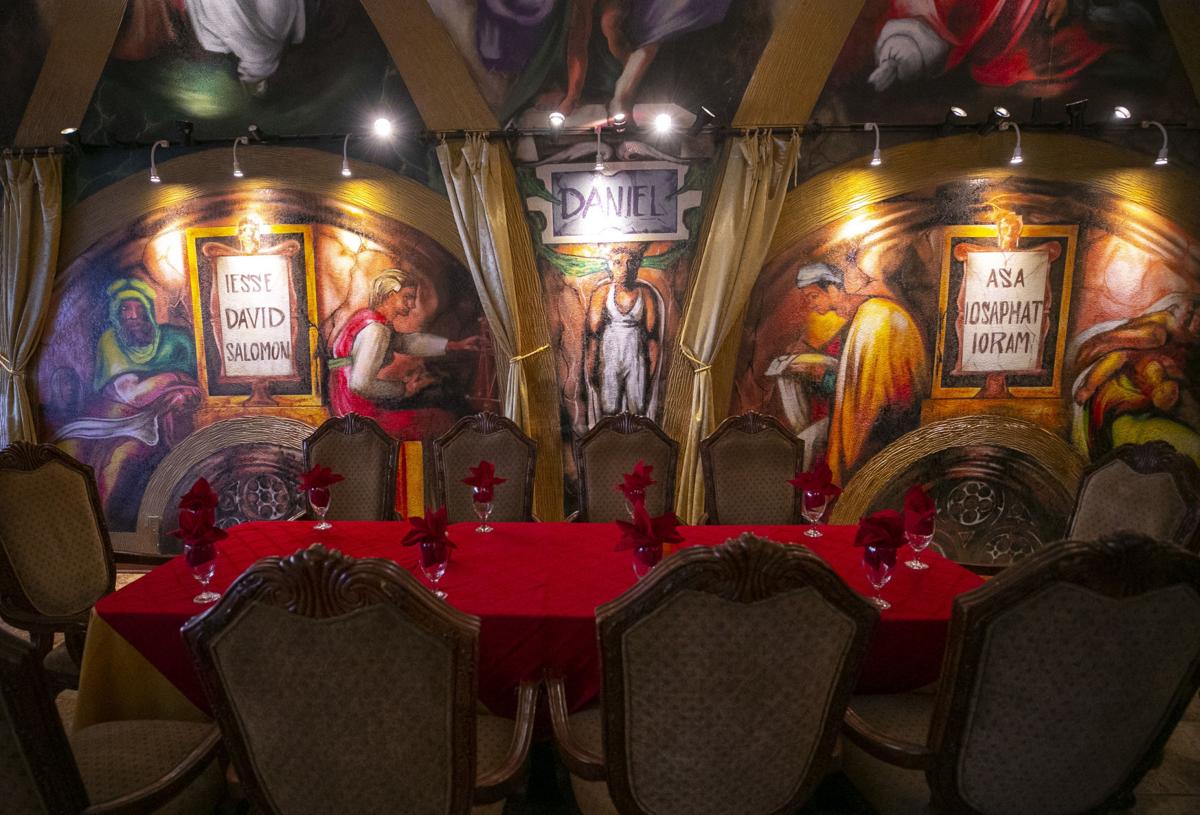 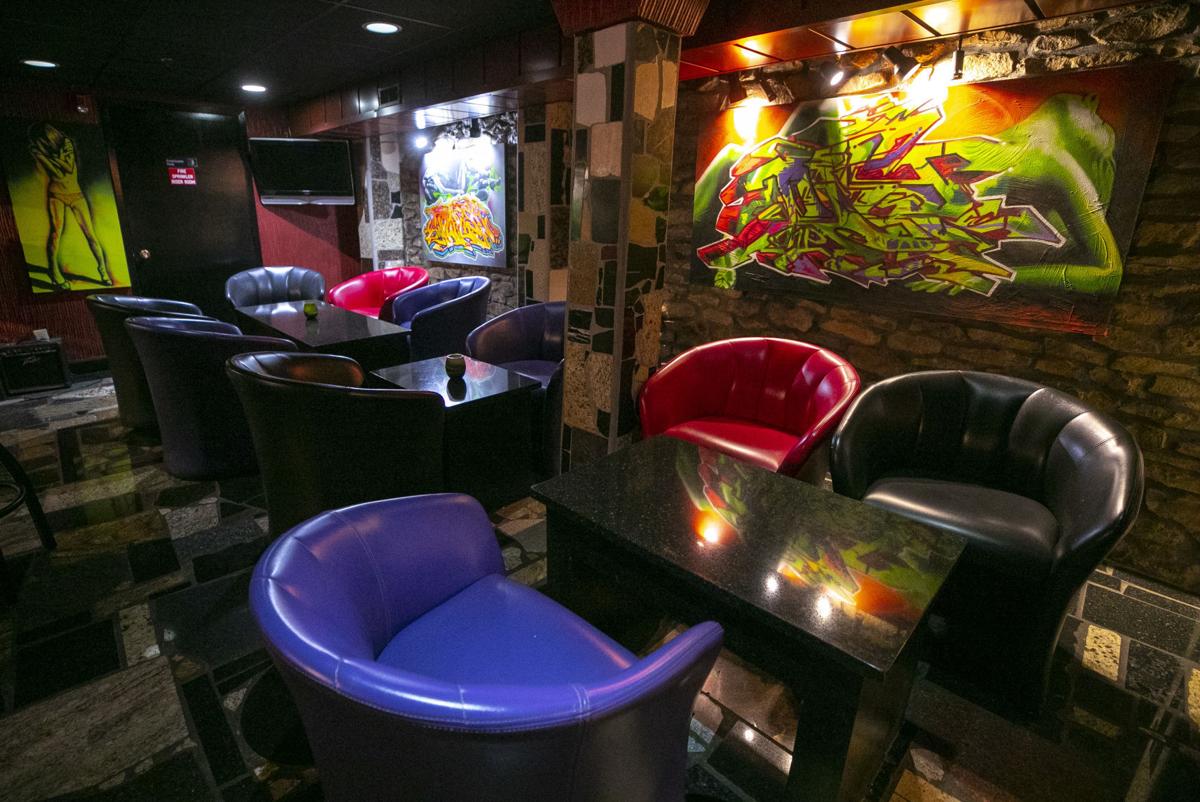 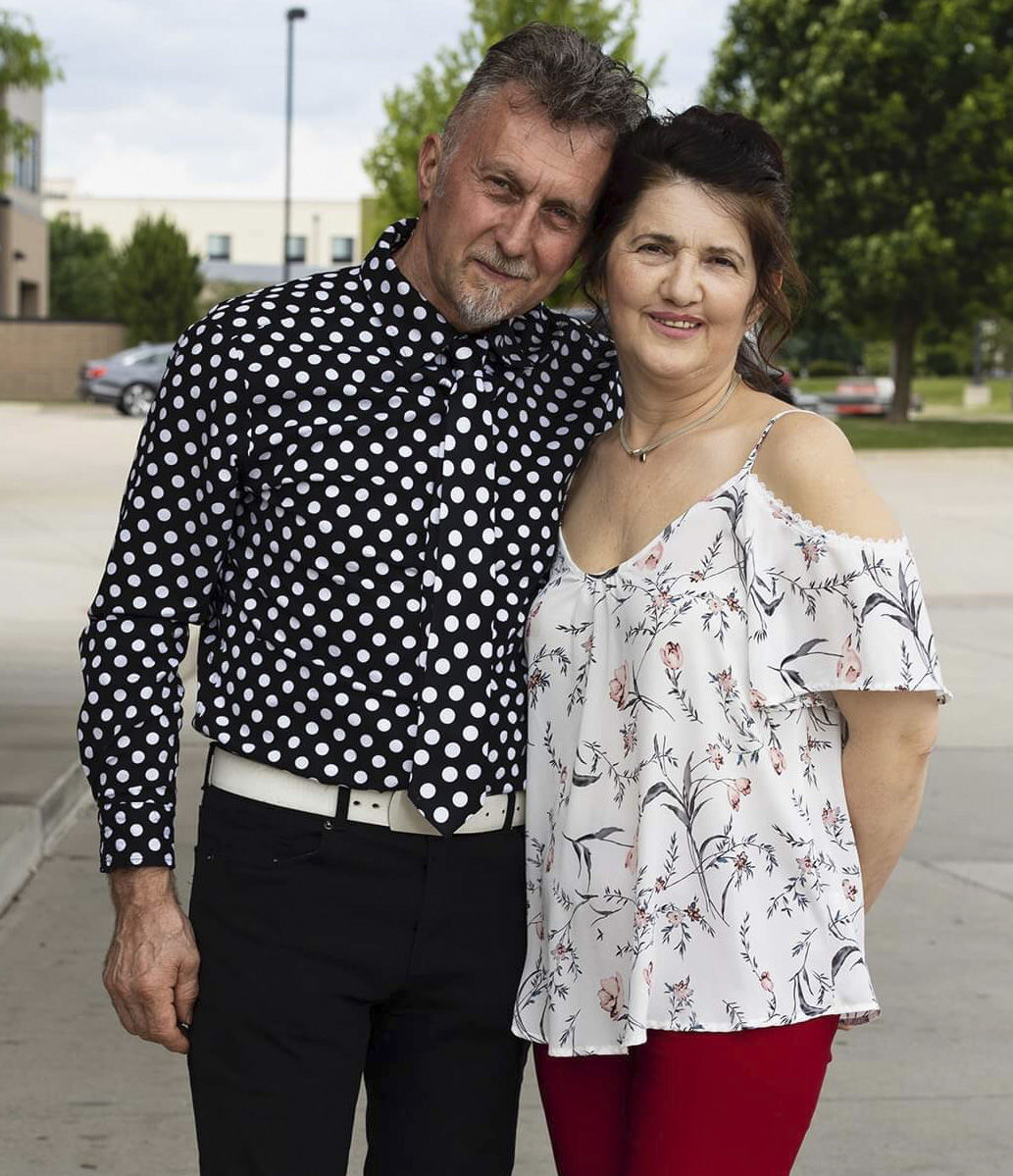 WATERLOO — COVID-19 shuttered many downtown Waterloo restaurants, some temporarily, some for good. But Galleria de Paco seemed to exist in limbo.

The Rosic family, which opened the restaurant in 2006, kept getting calls and messages from both longtime patrons and tourism officials: When would they reopen the fine dining establishment known for its artsy plating and Paco Rosic’s world-famous, spray-paint replica Sistine Chapel?

“Business was good — we had success,” Jacky Rosic said.

But Paco Rosic, who spent the last year and a half rediscovering his art after 15 years of restaurant labor — he’s producing his own feature-length film, “Without You,” set to premiere in February — didn’t want to go back to the way things were.

“After COVID hit, I was happy to be closed, to be honest with you, because I was burned out,” he said. “When we were open, I didn’t produce a lot of work, paintings. ... I was stuck here in the kitchen.”

Instead, the Rosics — Paco, along with his parents, Jacky and Anna — are opening Cappella Magna, “Iowa’s newly imagined premiere destination venue,” in the space at 620 Commercial St.

Cappella Magna is the original Italian name for the Sistine Chapel, Jacky Rosic noted. It changed to Cappella Sistina after it was restored in 1480. Initially, the Rosics mulled over whether to simply transition the space to Paco’s art gallery and give tours.

Shuttered Galleria de Paco will not reopen as eatery, but become an art gallery

“People have been asking to rent this place,” Paco said. “I was thinking, let’s open something different — not a restaurant.”

Small groups reserving in advance seemed to be a good compromise. Patrons could continue to dine while admiring the art, and Paco could continue to plate the food artistically without the nightly grind of it, saving time to focus on his other art projects.

“People eat with their eyes,” he said. “My goal, if they cater from me, I want to have the best presentations so it looks like a piece of artwork.”

20 Under 40: Talented artist dedicated to his community

Cappella Magna will host private gatherings like weddings, birthdays and business events in both its upstairs and downstairs spaces. They’ve already booked several Christmas parties over the next month, with its first event planned for Tuesday.

Prices are $45 per person and include four courses for events, while catering prices are by the tray and a “dinner tour,” complete with a 30-minute tour, 18-minute documentary film and an alcoholic beverage, is the same price.

The Rosics say those wanting to book should do so at least a few weeks in advance to secure their date. December is already booked, thanks to word of mouth, they said.

“We did survive almost 15 years running this place, and had nice success,” Jacky Rosic said. “We are proud and happy.”

A popular food truck is now gobbling up its own storefront for a deli-style eatery in downtown Waterloo.

"There's nothing like this in the Cedar Valley," he said. "I thought this would be something different."

"So now I want to flourish: I want to build a brand and become better. ... I'm super excited to be back."

Paco and Jacky Rosic inside Cappella Magna, their destination venue that will host private events in downtown Waterloo. The location, once known as Galleria de Paco, features a spray-painted replica of the Sistine Chapel.