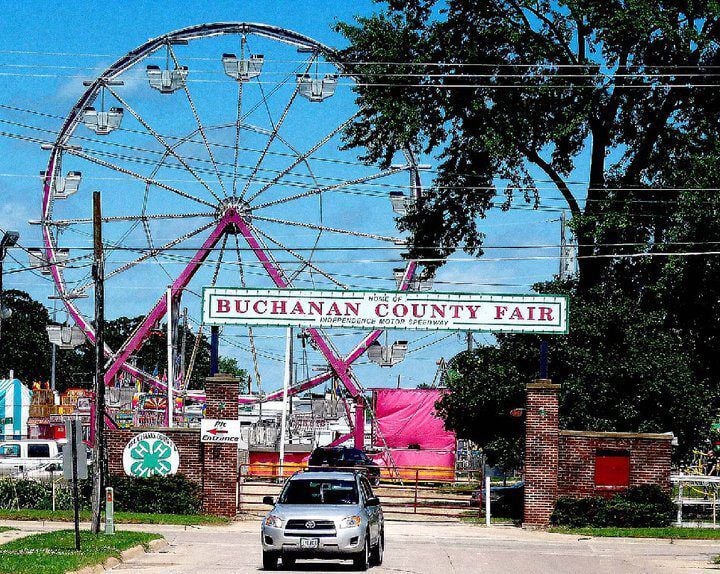 The Buchanan County Fair Association launched a Building a Fair Future campaign Wednesday to construct a new 4-H building and events center on the fairgrounds. 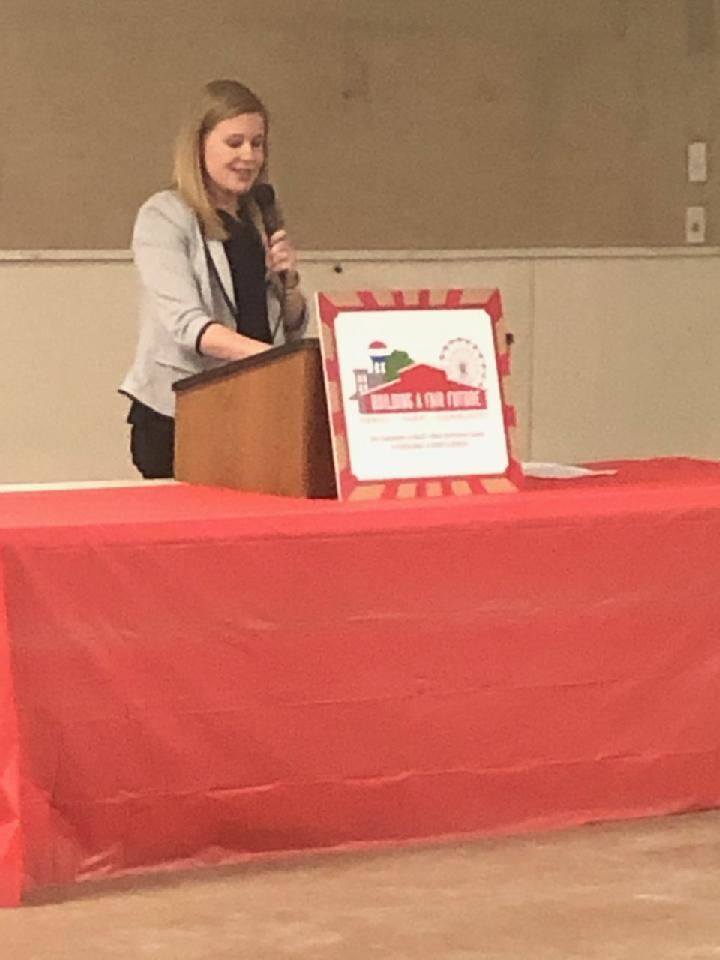 So far the campaign has raised $545,853 of its $1.5 million goal to construct a new 4-H building and events center on the fairgrounds.

A crowd of fair leaders, Future Farmers of America and 4-H members, campaign donors and local residents learned about the campaign’s progress Wednesday and celebrated by signing a barn star from the old building which will be installed at the new building. The program featured 4-H youth presenters who shared the desire for the new, larger building at the historical fairgrounds.

The Buchanan County Fair has a long history, with the first fair debuting in 1858. In the 1880s, horseracing fever hit the agriculture fair, drawing people from near and far to see what were called the Independence Races. The fever didn’t let up and in 1947, the track became the only lighted horseracing oval west of Mississippi River.

Today, the fair’s success is based largely on the exhibits of livestock by young people in FFA and 4-H.

“The importance of hard work, compassion and patience in seeing a job through from start to finish are some of the most valuable lifelong lessons you can receive,” said Matthew Walthart, president, Buchanan County Fair Association. “Our young people have been showing off their animals and other projects at the Buchanan County Fair for over a century. It is our hope that 4-H and FFA can thrive well into the future and continue to pass on such important life lessons.”

The existing 4-H building, built in the early 1970s as a pole building for storage and other exhibits, has fallen into disrepair. Fair officials said an inspection discovered the building’s poles and bottom cord have rotted and a strong odor of mold. Officials also said the current space also does not meet the needs of the Buchanan County 4-H and FFA organizations or the community’s needs for a building large enough to host weddings, graduations, holiday parties and other large gatherings.

Not enough supply, but plenty of interest in COVID-19 vaccine in Black Hawk, Bremer counties

WATERLOO — As Iowa’s governor released new information on who will be eligible for the next round of COVID-19 vaccinations, hospitals in Black…

The Buchanan County Fair Association launched a Building a Fair Future campaign Wednesday to construct a new 4-H building and events center on the fairgrounds.