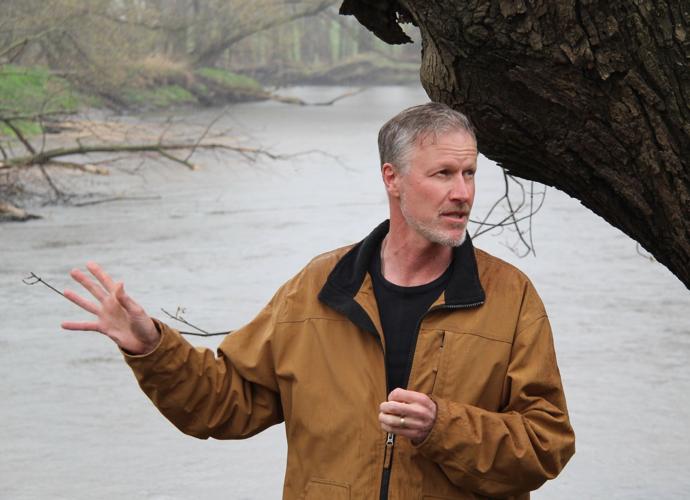 Clark Porter talks about his effort to create the Black Hawk Creek Water and Soil Coalition on Friday in Waterloo’s Katoski Greenbelt. 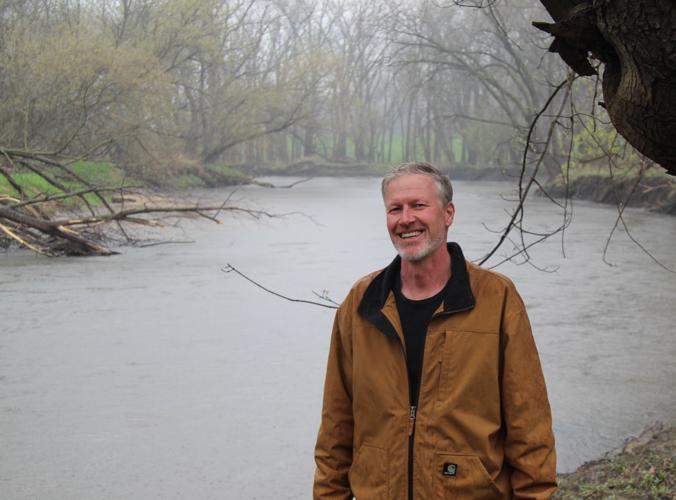 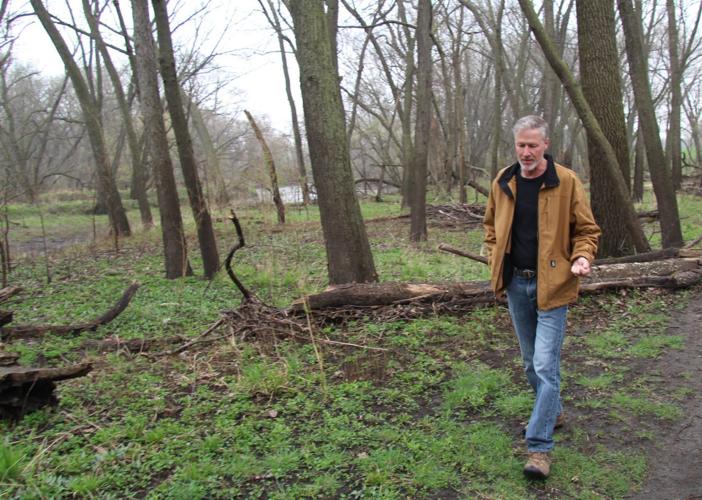 WATERLOO — Clark Porter was in familiar territory as he walked on a rainy afternoon among blossoming bluebells near Black Hawk Creek in the Katoski Greenbelt.

“I’ve been coming out here ever since I was in middle school to hike, ski, paddle,” Porter said. “Now I manage my family’s farms in Grundy County, and we have one farm that’s near the creek.”

The former Waterloo school teacher’s affinity for the creek prompted him to form a new organization to advocate for improved water quality and soil health, ensuring the watershed will remain viable for both recreation and agriculture for generations to come.

“It’s been really enthusiastically embraced with every group I’ve talked with and every individual so far,” Porter said. “But we need many more people involved, especially farmers and other people that live and work along the watershed.”

Porter is hoping more individuals and organizations come on board as the effort he launched in February builds momentum.

It’s listed by the DNR as an impaired waterway due to elevated E. coli bacteria levels and, according to the U.S. Geological Survey, delivers an average of 2,720 tons of nitrates annually into the Cedar.

Porter plans to incorporate the Black Hawk Creek Water and Soil Coalition soon and hopes to secure grant funding for more detailed data collection and studies of the watershed. That would include talking to people about their concerns and ideas.

Longer-term efforts could include cost-sharing to improve farming practices to prevent runoff and erosion and even flood mitigation work.

But the key now is to get the cities, counties and variety of government and private agencies and individuals on board.

“Watersheds require a different way of thinking that is a challenge to the customary ways we do business and make public decisions,” he said. “Everything else,for example cities and counties, have lines and borders, but a watershed cuts across all of those.”

Jeri Thornsberry, chair of the Black Hawk Soil and Water Conservation District, is excited to see Porter working to create a coalition for the watershed when past efforts failed to gain a foothold.

“It is vital to any conservation effort to be farmer-led,” Thornsberry said. “When farmers take the lead to gather agencies, co-ops, farmer groups, fellow farmers and interested citizens to lead the stewardship effort for water quality and improved soil health means the community has just witnessed a win-win for all.”

But Thornsberry said it eventually will take more than volunteers to pull together research, a plan and implement solutions.

“This effort is not a quick fix,” she said. “Rewards for installation of conservation practices often times take years. What we need is staying power, a real commitment both with funding and with resources.”

Porter is holding a trash pickup event from 10 a.m. to 1 p.m. Saturday, April 22, in the Katoski Greenbelt to cleanup the area and provide a change for those interested in being part of the coalition to visit. Volunteers should meet at the Pat Bowlsby Off-Leash Dog Park parking lot near the intersection of Ansborough and Campbell avenues.

Others looking to join the effort can contact Porter by email at porterfamilyfarms@gmail.com and liking the Facebook page for Black Hawk Creek Water and Soil Coalition.

Police and paramedics were called to the 300 block of Manson Street early Sunday, where they found a female gunfire victim in a car who was later pronounced dead.

Jorden Wallican, an IB Diploma student, was motivated to be a high-achieving student so she could attend a top-ranked out-of-state university.

The 26-year-old woman was a passenger in a Dodge that was fired upon at Sumner and Manson streets during the early morning hours Sunday.

No arrests have been made for the murder, but Waterloo man now charged with possession and intent to deliver after police allegedly found marijuana at home.

The crime, which involved a scheme to steal guns and get them onto the street, has left members of the family that lives in the home fearful and on edge.

Clark Porter talks about his effort to create the Black Hawk Creek Water and Soil Coalition on Friday in Waterloo’s Katoski Greenbelt. 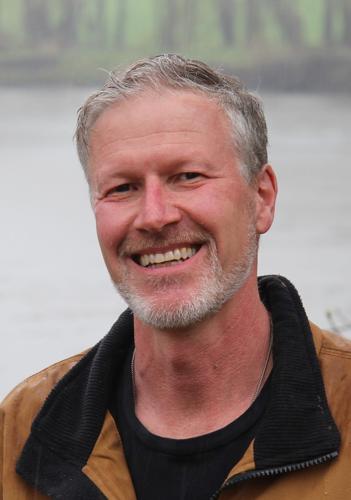