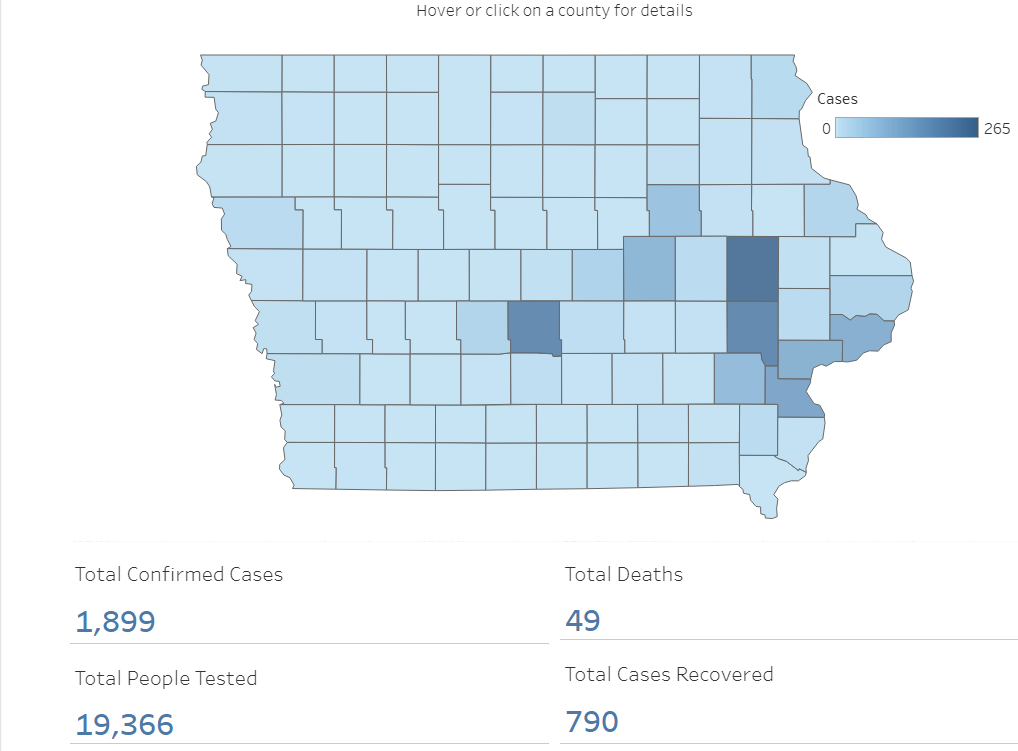 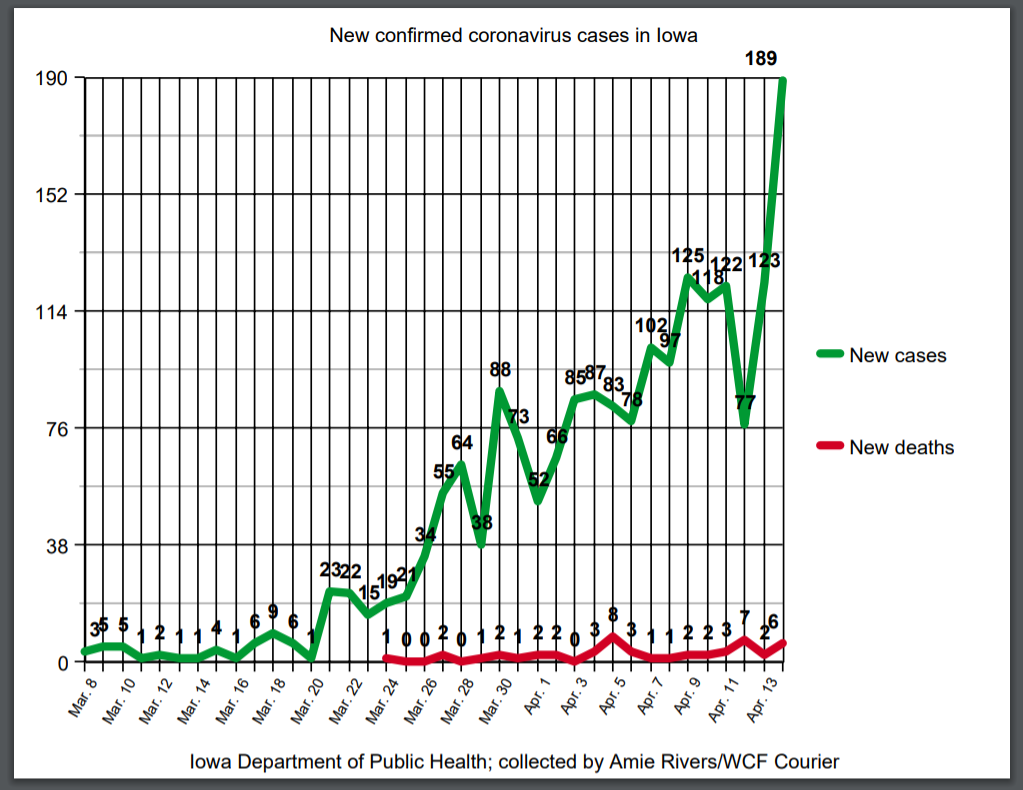 WAVERLY -- A long-term care facility in Bremer County has now reported an outbreak of coronavirus among residents and a staff member.

Bartels Lutheran Retirement Community reported Tuesday they fell under the state's guidelines for an outbreak, or three or more confirmed cases, which was confirmed by Gov. Kim Reynolds during her Tuesday briefing on the pandemic's effects on the state.

The new cases -- which involved multiple residents and at least one staff member, according to Bartels -- were reported Monday by the Iowa Department of Public Health. The first positive case in a resident was discovered April 9.

"The cases are all isolated to one area of the facility," Bartels said in a release Tuesday. "Those residents and their families have been notified. Staff has also been informed. Consistent with IDPH guidelines, all employees are following the instructions for essential healthcare workers and affected residents are in isolation in accordance with public health guidance."

Bartels noted they were working with local and state health officials, and said family members of residents impacted by coronavirus "will be contacted on an individual basis."

The total number of deaths is now 49.

Order for relief comes as coronavirus claims 2 from Linn County.

The Waterloo Regional Airport will get nearly $1.1 million in federal funding to help offset losses due to declining passengers due to the COVID-19 pandemic.

Tyson plant in Waterloo working to prevent coronavirus; some employees say virus is already inside

WATERLOO — It’s becoming a pattern at meatpacking plants around Iowa and across the country: Workers, deemed essential to the country’s food s…

'It will kill our small towns': COVID-19 pandemic amounts to crisis for rural Midwest

Ravenwood Specialty Care said one of its employees tested positive for coronavirus, the company announced.