Become a Member
Read Today's E-edition
Share This
Barn collapsed day after being installed on property, killing father and son
2 comments
Share this
1 of 2 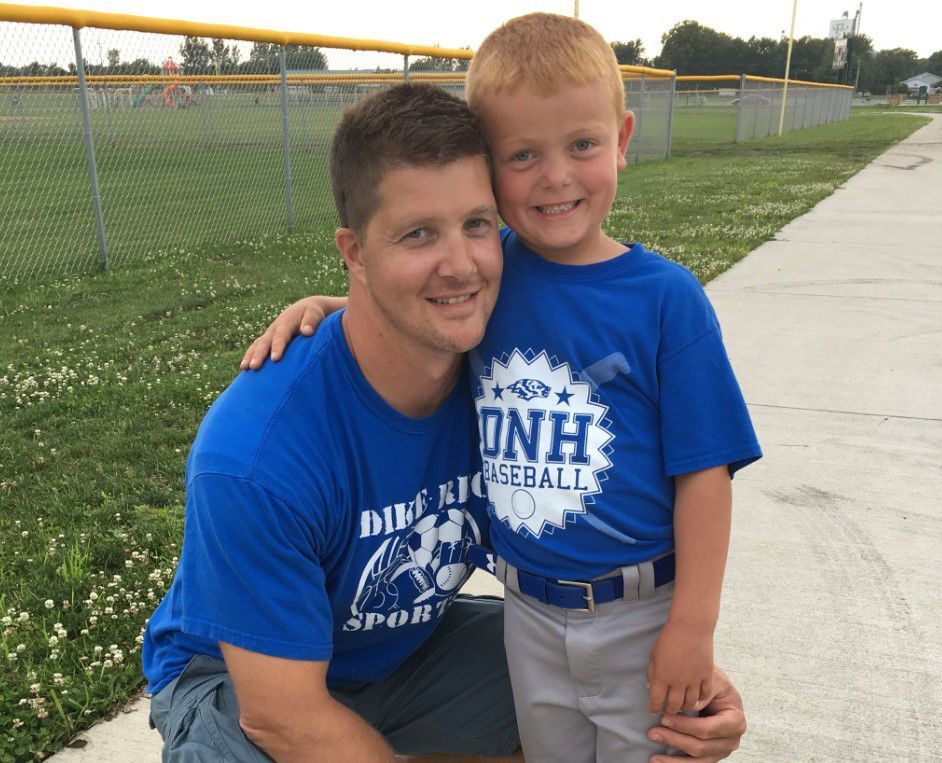 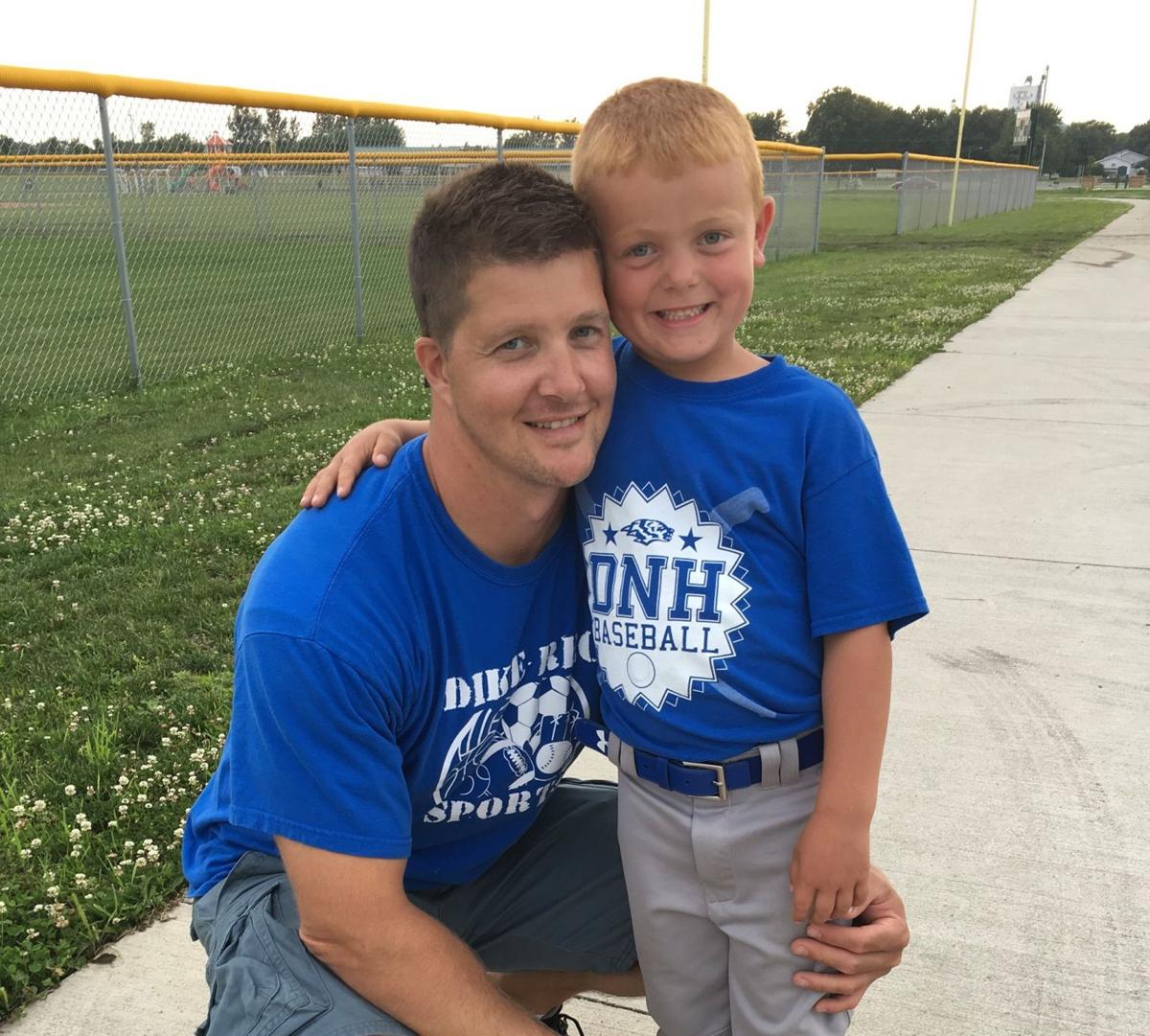 CEDAR FALLS — A barn that collapsed Friday, killing a father and his young son, had been moved and installed on a concrete pad the day before, according to a friend of the family.

“They moved it from a different location,” said neighbor Trey Nuss, who described Andy as his best friend. “It was in their yard for a month or so on a trailer.”

He helped pour cement “a couple weeks” ago for the concrete pad where the barn was placed Thursday on the west side of the property near the family’s house. Renovation work was planned before it would be used to house animals.

Capt. Mark Herbst of the Black Hawk County Sheriff’s Office said that deputies hadn’t turned in their report yet on the accident, but confirmed the barn had been moved onto the property. He didn’t expect much more information to come out about the collapse.

“What everybody needs to know is that Andy was so overly cautious with anything with his kids,” said Nuss. “There’s no way if there was any danger that Andy saw that he would have had his kids anywhere near it.”

Andy and his wife, Brook, have four other children – a son and three daughters. He worked for an insurance company in Readlyn.

Nuss said the family has “a little bit of everything” in terms of animals – like chicken, goats, ducks, rabbits and a tortoise. They acquired the barn as a place to care for the animals and teach responsibility to the children.

“He liked the hobby farming, if you want to call it that,” Nuss said of Andy. “The biggest reason he was doing all of it was for the kids.”

When the collapse occurred, “it was just Andy and Beckett working on it at the time,” said Nuss. “We got a phone call that the barn had fallen, and I went over there immediately to try and help.”

Several communities have been grieving the loss and responding with support for the family. People came out in force Sunday at the Kruger-Hemmen Sports Complex in Dike.

“We had around 150 family members and students that showed up, and many of them were (Beckett’s) classmates,” said Justin Stockdale, superintendent of Dike-New Hartford Community Schools. People were both grieving and reminiscing about the father and son. He noted that 10-15 Dike-New Hartford staff members were on hand along with a Central Rivers Area Education Agency crisis support team to offer any assistance for people.

“That’s what small towns are for, that’s what we do,” Stockdale said of the gathering. “It was kind of like a preliminary grief session for our kids to determine what else we need to set up.”

Further grief counseling is available by calling the school district at (319) 989-2552.

Meanwhile, an effort is underway to raise money for the family. A GoFundMe.com page “Helping the Kaufman’s—Andy and Beckett Memorial“ had nearly reached its $60,000 goal by 8 p.m. Monday.

The page was created by Jesup Community Betterment, a nonprofit organization that fundraises for families in need with ties to Jesup. Brook is a preschool teacher with Jesup Community Schools, according to the district’s website.

Nuss wasn’t surprised by the outpouring.

“That’s just a fine example of everybody wants to help them,” he noted of the Kaufmans, who are very involved in the community. “The family – Brook especially – she definitely knows and appreciates what everybody is doing.” However, he added, “she doesn’t want to ask for help.”

Andy’s community involvement “was irreplaceable,” said Nuss. “I think that’s the best way to put it, nobody is going to do everything that Andy did.”

When Beckett and his brother joined youth wrestling for the first time last year, Andy began coaching in that sport. Nuss cited Andy’s “natural ability to coach the kids. He kept it really fun and entertaining for them.”

Beckett played on a traveling baseball team this summer that his dad coached. He also participated in other sports from soccer to flag football. “I don’t know that Beckett was mean to anybody ever,” said Nuss.

“I don’t think there’s anybody who dislikes Andy or Beckett,” he added. “Everybody got along with those guys.”

Nuss said they will be deeply missed by him – and the community.

Some tips from news hound Ducky on subscribing to the Courier

Bystanders said they hadn't been able to get a response from those trapped in the rubble.

“It’s actually Iowa’s longest running river cleanup." The goals continue to include safely cleaning up the river and raising awareness and advocating for preserving water.

Victim was treated at UnityPoint Health-Allen Hospital and released, according to Waterloo police.

Andy Kaufman's father and brothers open up about him and his son, Beckett, ahead of their Thursday morning funeral.