Aftermath of car crash and subsequent fire at the D&K Hickory House in downtown Waterloo.

WATERLOO — As the Chilcote family works to rebuild the D&K Hickory House, they aren’t looking for bigger and better – they want it the way it was.

To them, anything else would be fixing what wasn’t broken.

“That is our plan right now, to rebuild and be in the same location. Hopefully, the same size, also,” said Lutricia Chilcote, one of the owners. “And anyone who’s ever been there will understand that.”

When a car struck the old, wooden building last month, cracking a gas line and eventually starting a fire, it brought down an institution in Waterloo, one that’s been in the same family since “Dixie” Emerson Schaffer bought it in 1952. On October 24, just six days before the fire, the owners celebrated 70 years as a family business.

The people who came through the doors during those decades may have started off as customers, but the more time they spent there and the more the Chilcotes got to know their regulars, the more they became family.

“The Hickory House is a special place for me and for them — everyone becomes family.”

The Hickory House hospitality wasn’t confined within the walls of the restaurant. When Ozark Airlines years ago landed flights in Waterloo on Sundays and holidays, every place to eat in town was closed — that included their establishment. The family’s solution was to pick up the flight crew from its hotel and invite them to the Chilcote home for Thanksgiving and Sunday dinners.

One member of their extended family from the beginning was Dr. Terry Lichty, who in 1952 took his future wife there on their first date when he was 15 years old. When a few years later he came home on leave from the Navy, he took her there again and later proposed. He’s happily frequented the Hickory House ever since, sometimes once a week.

So learning about the tragic fire was a blow to him and friends who were also customers of the restaurant.

“We all pretty much had the same mournful reaction because to me and most everybody in Waterloo, the Hickory House was an icon in the city,” Lichty said. “And (his friends had) a lot of good memories, like me.”

As they entered the restaurant, patrons got a glimpse at what those seven decades looked like. The walls were decorated with old photos of famous visitors like Jim Nabors and other entertainers who came through during Waterloo’s annual National Cattle Congress Fair. The interior was full of John Deere memorabilia, a nod to its Waterloo identity.

“A lot of generations … so I’ve seen my classmates, I know their parents, I know my classmates’ children,” Chilcote said. “They all come in. It’s history – it’s part of Waterloo history, I feel.”

Even U.S. Sen. Chuck Grassley, who farms near New Hartford, had something to say about the restaurant’s loss.

“The Hickory House has long been an Iowa institution,” he said in a statement to The Courier.

According to Grassley, he often took his wife, Barbara, there during their courtship and it remained the custom for them to go there for anniversaries.

“We’re hopeful that the Hickory House can be rebuilt soon and the workers there can get back on their feet,” he said. “They’ll certainly be able to count on the Grassleys as customers when they reopen their doors.”

The community has a chance to financially support the restaurant’s rebuilding. Shortly after the fire, an account was set up at Community Bank & Trust for donations to help with the reconstruction.

Not wanting to be seen as looking for a handout, Chilcote said, the family was reluctant to open an account. Eventually, though, they yielded to the insistence of their customers. Another longtime patron, whose late husband worked for John Deere, is donating memorabilia for the Hickory House to replace what was lost in the fire.

Chilcote’s brother, Tim, co-owns the restaurant. His children work at the Hickory House. They haven’t determined if they’ll be the next generation to run the restaurant when it reopens, but if they do, it will be just like it was before – a place for celebrations, milestones, meetings and family.

“That is our plan is to rebuild … on the same location, hopefully with about the same blueprint,” Tim Chilcote said. “We don’t want to be bigger, and I want it to have the homey feel that it has always had.”

Aftermath of car crash and subsequent fire at the D&K Hickory House in downtown Waterloo.

Blaze was apparently sparked when a vehicle hit the building

he Cedar Falls Tigers beat the Waterloo East Trojans 72-22 on Friday in the first girls’ metro game to feature the 35-second shot clock.

She’s joined by a Cedar Falls team that grew from nine wrestlers pre-sanctioning to about 35. At the helm of the effort, head coach Ali Gerbracht said that enthusiasm runs throughout the team.

WATERLOO – The Waterloo West girls' basketball team understands that all eyes are on their talented squad. 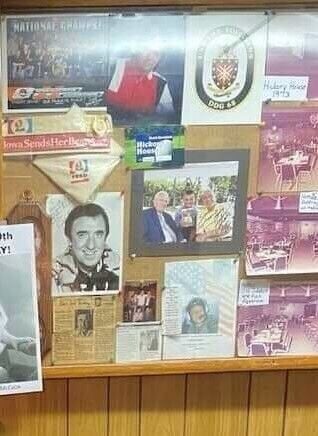 The walls of Waterloo's D&K Hickory House were covered with memoribila prior to the Oct. 30 fire that destroyed it. Among the memoribilia was autographed photos of famous patrons who had stopped in at the iconic restaurant. 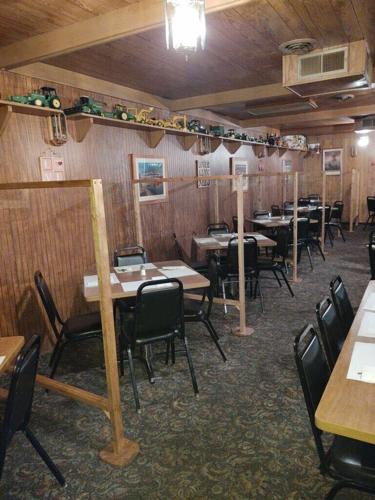 Collectible die cast scale models of John Deere tractors and other equipment lined the shelves of the Hickory House dining room before the building burned down Oct. 30. 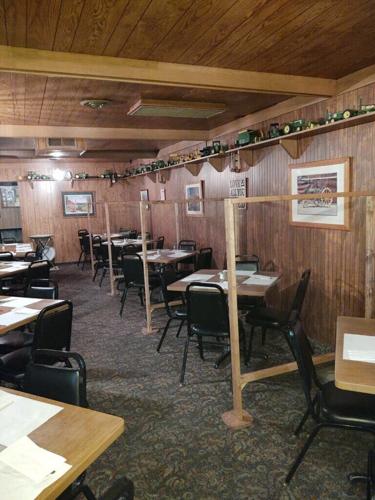 Tables are set for patrons at the Hickory House. The restaurant burned down in October, but the owners are planning to rebuild. 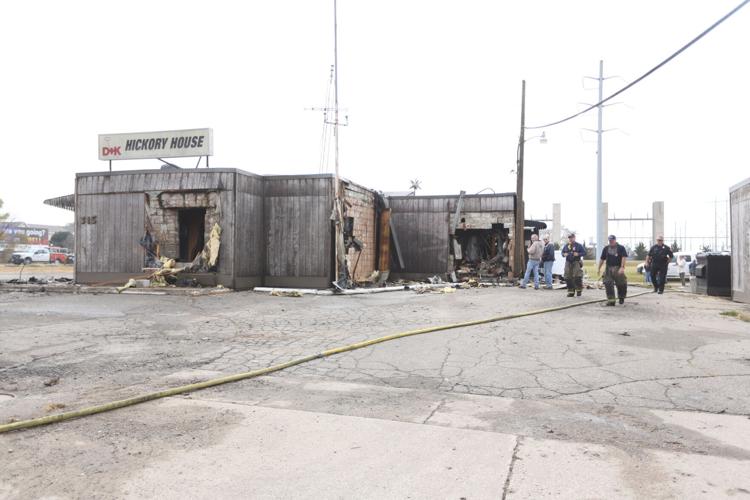 Aftermath of the fire at D&K Hickory House on Park Road in Waterloo, which took place on the morning of Oct. 30. 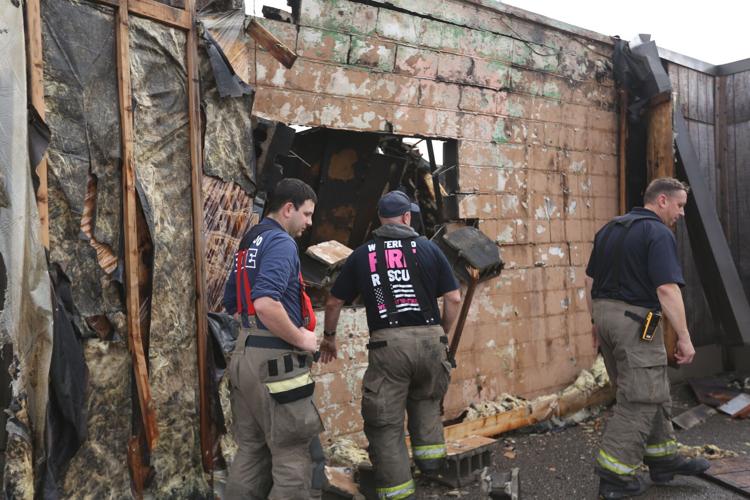 Waterloo firefighters evaluate the damage at D&K Hickory House on Sunday. The historic restaurant burned down after a car crashed into the wooden building, causing a gas leak and subsequent explosion.