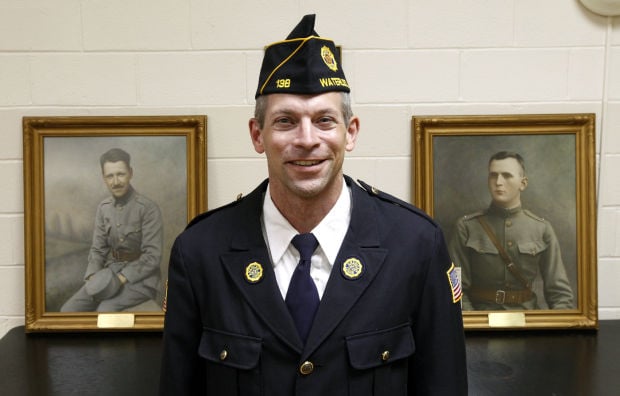 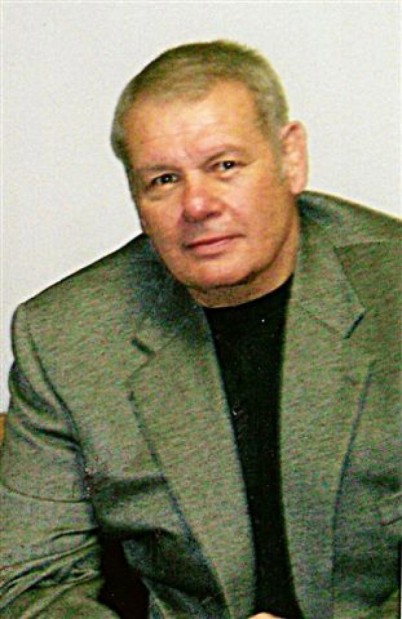 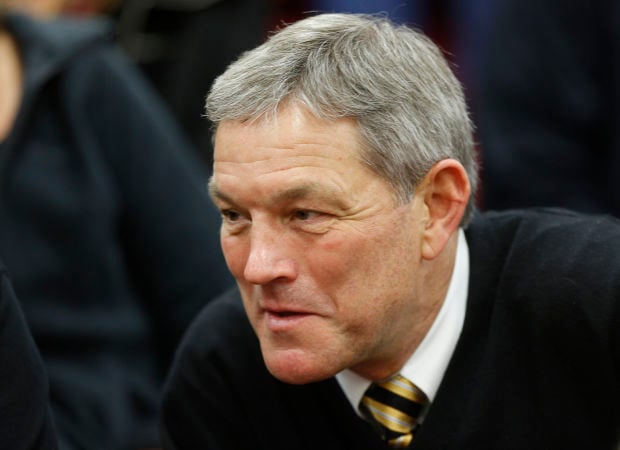 WATERLOO, Iowa --- It'll be a red, white and blue event --- with a lot of Iowa Hawkeye black and gold added for good measure.

Waterloo's Becker-Chapman American Legion Post 138 will host a benefit at 5:30 p.m. Thursday, featuring none other than University of Iowa football coach Kirk Ferentz, to honor two Waterloo crosstown football rivals who became brothers-in-arms and died for their country during World War I.

The goal is to raise funds to erect a permanent sign outside Post 138, at 619 Franklin St., honoring Becker and Chapman, the two servicemen for whom the post is named. Advance tickets may be purchased at Post 138, 234-8511.

"We wanted to do something to get the post some more notoriety, so more people know about he post and what it does, and to raise funds for the sign," said Kalsem. "We need more active members, but also need more funding."

The post, with an aging membership, has struggled in both membership and building maintenance. Kalsem, a 1991 Persian Gulf War veteran, is one of the younger members, and the post hopes to attract Iraq and Afghanistan veterans as well.

Mike Chapman --- no relation to Carl Chapman --- included fellow East grad Becker in his book of Iowa sports heroes, "Triumph and Tragedy." He was a driving force behind a new Waterloo elementary school being named for Becker and getting the athlete and military hero induced in the U of I's athletics hall of fame. He also founded the Dan Gable wrestling museum now located in Waterloo.

"I've been a huge fan of Fred Becker ever since I stumbled across his story five years ago," said Chapman. "It's amazing how people have fallen in love with the Fred Becker story" in his talks around the state.

A former Cedar Rapids Gazette sports editor and 35-year newspaperman who founded Voice of the Hawkeyes magazine in 1984 and Iowa History Journal in 2009, the author saw no fitting tribute for Becker and Chapman outside the Legion post and called upon a career's worth of sports contacts to make Thursday's event happen.

"I wrote Kirk Ferentz a letter and included a copy of Iowa History Journal" featuring Fred Becker, Chapman said. "I said 'We need a turnout and you're the guy.' He called me within two days and said, 'I read the story...Let's do this'"

According to Courier files, Becker made All-American at Iowa in 1916, became a lieutenant in the U.S. Marine Corps. He was killed July 18, 1918, while leading an attack on and destroying a German machine gun nest near Vierzon, France. His unit was in constant combat, and he had been previously wounded in combat and incapacitated for several months. Becker is buried in Waterloo's Fairview Cemetery.

Chapman attended Amherst College in Massachusetts. He and several classmates left school in 1917 to enlist in the French ambulance corps. He then took combat aerobatics training and became part of the Lafayette Escadrille, a famed squadron of American fighter pilots flying for France named for the Marquis de Lafayette. He transferred into the U.S. Air Service in early 1918. On patrol over Toul, France, the morning of May 3, 1918, Chapman spotted and attacked a group of five German planes. He shot down one of them, but he himself was shot down in flames. He was buried in France at the Lafayette Escadrille memorial.

Becker and Chapman each received the Distinguished Service Cross from the United States and the French Croix de Guerre.

Kalsem is hoping for a big turnout for Thursday's event

"We wouldn't be able to do it without Mike Chapman and Charlie Aldrich," Kalsem said. "They've really taken this by the wings, and gotten it flying."

On the wings of eagles --- and hawks.

More information about the event may be obtained at Post 138.

A Raymond man who allegedly received thousands of dollars selling catalytic converters at scrapyard has been arrested.

A Waverly health care worker has been arrested for allegedly stealing from a woman at a Marion nursing home where she worked.

New York Times Magazine journalist Nikole Hannah-Jones, on her 1619 Project book tour, and her one-time teacher Ray Dial converse in front of an audience of 700.

The pursuit began shortly after 1 a.m. when a Waterloo police officer noticed a Toyota Rav 4 speeding out of the parking lot at Kwik Star on West Ninth Street.

WATCH NOW: It's been 3 years since Iowa's massive Samoyed rescue. Where are they now?

“I don’t think anyone had touched Niko until we touched him. He was the worst of the seven. He touched our hearts, and he still does to this day.”