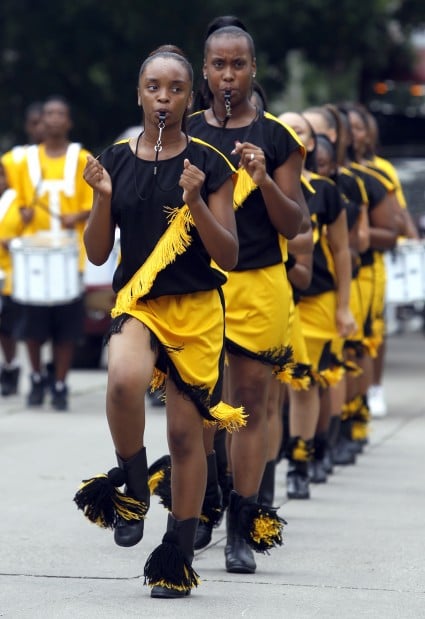 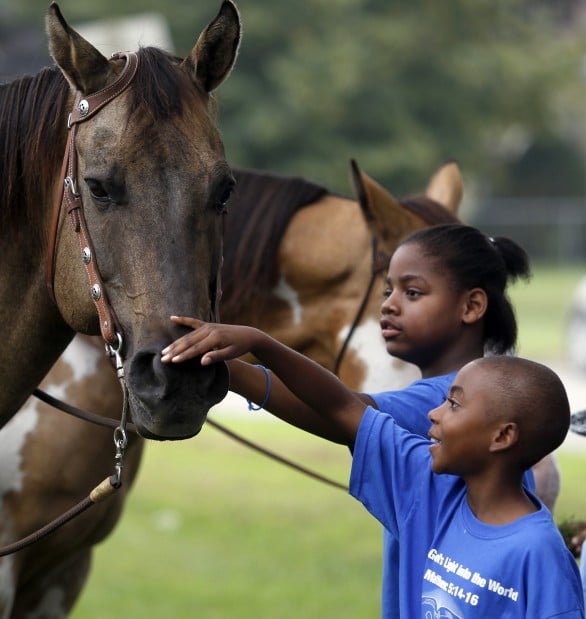 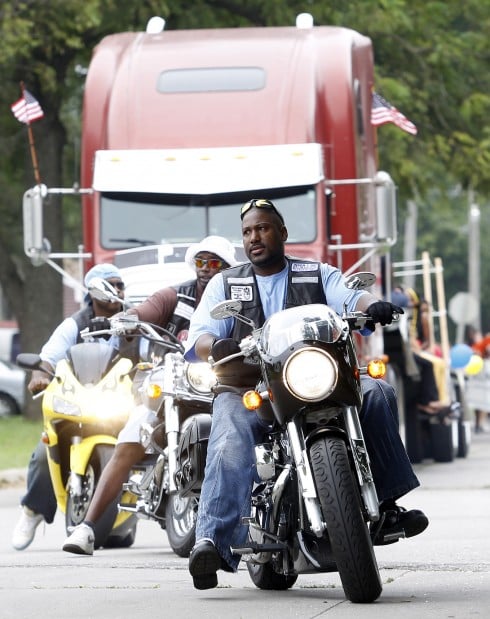 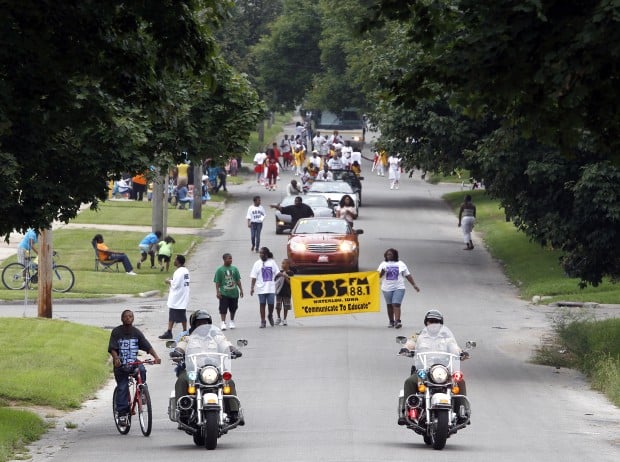 Easy listening jazz music filters across the KBBG 88.1 FM airwaves as station president and CEO Louise "Lou" Porter rushes from the production room to the studio, toting a hefty binder of program notes.

Inside, Mayor Buck Clark waits, a high powered microphone inches from his face. Porter greets her guest, takes a breath and kicks off the morning's discussion. The station is in the process of launching an endowment trust fund --- an effort to ensure KBBG's future financial security --- but this morning, the on-air veteran is concerned about the here and now.

"Hello today, and welcome to the 'Mayor's Update' � Lou Porter hosting today's show," she says, echoing an introduction she's recited countless times in her 33 years with the station. "We want our listeners to know you can call us here � should you have a question, concern or an opinion that you'd like to share with the greater listening audience."

After the show, the two agree to collaborate next summer to help inform east side residents of seasonal city jobs and employment opportunities with the Cedar Valley's big box retailers.

It may seem like run-of-the-mill local news. But for many listeners, KBBG, the largest African-American owned and operated non-commercial station in Iowa, is a lifeline. By turning on the radio, audience members tune into their community, a tradition Porter hopes will be secured --- through a well-funded endowment.

The organization's initial goal is to raise $200,000 over the next three years. Possible uses of the funds include specialized staff training, technology updates, enrichment activities for young people, marketing campaigns and scholarships for students interested in careers in communications fields.

"Given what we're facing --- whether it's the economic turndown, or even closer to home with the surge in crime and incidents and invasions --- the station is probably more important to the community it serves at this point in history than perhaps at any other time," Porter said. "And the best way to secure the future of the radio station is to establish an endowment fund."

Describing KBBG's beginnings as humble is a gross understatement.

The station was founded in 1977 by the late Jimmie Porter and began broadcasting a year later from the basement of a Cottage Street house, reaching listeners in a 5-mile radius. Today, programing originating at the network's state-of-the-art Newell Street facility is streamed around the world via the Internet.

Yet its mission remains the same: "Communicate to Educate."

KBBG's open-door policy also stands. Any member of the community can receive on-air training. Trina Creighton, a former anchor with WHO-TV in Des Moines and KMTV-3 in Omaha, Neb., got her start at KBBG in the '80s.

"I remember people saying: 'Well, how are you going to be in broadcasting?'" said Creighton, now an associate journalism professor at the University of Nebraska at Lincoln. "I didn't know, but KBBG knew, and they gave me the opportunity."

The station also benefited the community, she said.

Before KBBG, Waterloo's African-Americans didn't have a media outlet that reflected their interests and needs, Creighton said.

"There was so much pride that our community had its own radio station, owned and operated by us," she said. "It was 50 watts, but it was all our watts."

KBBG, which is supported through listener donations and funding from the Corporation for Public Broadcasting, continues to offer programs designed to inform and invigorate area residents, Porter said. From her monthly chats with the mayor to weekly parenting programs, the station's hosts seek to make Waterloo a better place to live. Also key are messages from local social services agencies and non-profit corporations. In 2008, the last year which data is available for, KBBG aired 1,301 public service announcements from 341 organizations.

"When people begin to believe that it's necessary for them to have access to the kind of information that will help them improve their lives, that's when you begin to have a better-informed community," Porter said. "Knowledge is power."

"It would be a tragedy in this community if we don't do the things we need to do to keep the radio station running down the road," said Smith, also a former Waterloo school board member who recently chaired a $500,000 fund drive to expand the station's headquarters, a project completed last year. " � The history is there, and I think the radio station is more important than it's ever been because we have a generation coming along today that is so confused."

Although still in its infancy, Smith hopes the KBBG endowment can model itself after the McElroy Trust, named after KWWL founder R.J. "Mac" McElroy. Friends of the journalist created the fund in 1965 with proceeds from McElroy's estate. Because the initial dividend was invested wisely, the trust has grown and has awarded millions in educational and cultural grants since 1980.

A similar strategy will allow KBBG to remain relevant to listeners for years to come, and support future generations of African-American broadcasters, Smith said.

Chondraah Holmes, a senior biology student at Wartburg College who plans to pursue a medical degree, said today's young listeners can gain the same benefits from KBBG that their parents and grandparents have.

"Everyone has a voice at KBBG," said Holmes, who worked for the station as a teen, and continues to volunteer. "That's not something that's going to change."