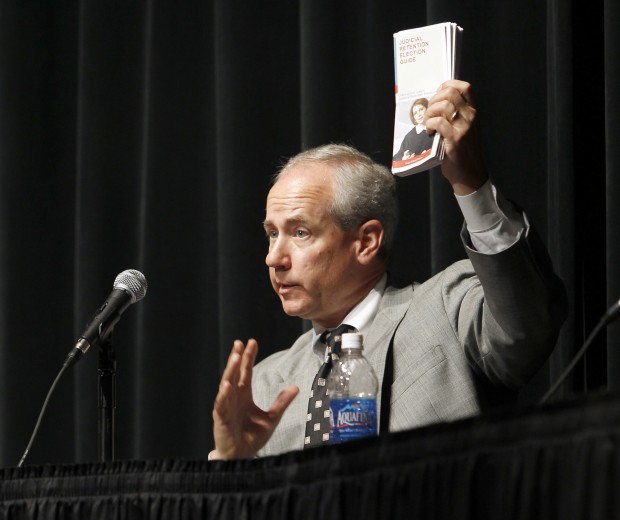 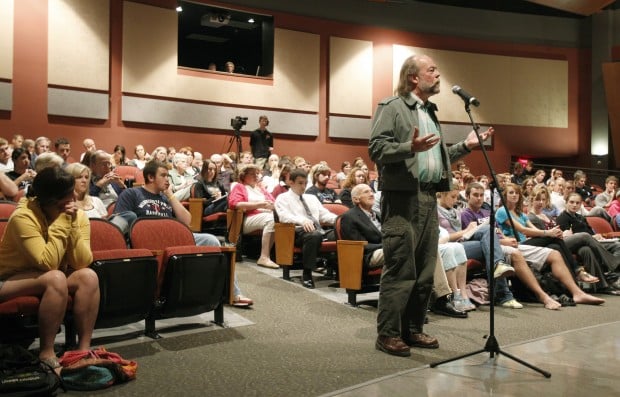 WATERLOO, Iowa --- An effort to oust three Iowa Supreme Court justices for their role in striking down Iowa's ban on same-sex marriage is at best "misguided" and at worst "an abuse" of the system, said the Polk County District Court judge who first ruled on the case.

Judge Robert Hanson said Tuesday that those who are trying to unseat Chief Justice Marsha Ternus and Justices Michael Streit and David Baker don't understand how the courts operate. He included Iowans For Freedom, a group started by former gubernatorial candidate Bob Vander Plaats. The group is running television ads against retention.

In a 2007 case called Varnum V. Brien, Hanson struck down Iowa's 10-year-old ban on gay marriage. In describing the rationale behind his decision, Hanson said he had to evaluate whether the ban met constitutional requirements for due process and equal protection in a civil contract - which is how marriage is defined under law.

"The determination was made that it was not fair to single out that group of people - homosexuals - and deny them the opportunity to participate in that kind of a relationship," he said.

The Iowa Supreme Court unanimously upheld his ruling in 2009 and set off a political firestorm that included debate over changing Iowa's merit-based judicial selection process. It also sparked the Iowa For Freedom campaign against the justices' retention.

Hanson said the effort is an attempt to politicize the bench.

"You're being asked to turn this retention vote into a referendum on one decision amongst hundreds of thousands of decisions," he said. "That's not what the retention system is intended to do."

Hanson is one of several judges up for retention this year, but there hasn't been any efforts to oust him. In 2007, a group of conservatives launched an unsuccessful attempt to have Hanson impeached.

"They're going to have a hard time explaining to me why I have the right to vote yes or no on a ballot, but if I vote no, somehow I'm abusing the system," Laudner said.

Laudner said both rulings overstepped their bounds by asserting "an entirely false premise" for their decision in Varnum by asserting the right to overturn a long-standing premise that marriage was between one man and one woman. That "turned the Constitution into a coaster," and threatened other rights, he said.

He said the group wasn't solely motivated by the Varnum decision for ousting the judges.

Other instances include the court overturning Rodney Heemstra's first-degree murder conviction and another that sent Ruthann Veal's case back to Black Hawk County District Court for further proceedings. Veal was convicted of murdering Catherine Haynes, 66, of Waterloo in her home in 1993, when Veal was 14.

"That is the one that attracts all the attention, sucks all the oxygen out of the room," he said.

Hanson said the ruling doesn't stop anyone from pursuing a constitutional amendment to ban same-sex marriage.