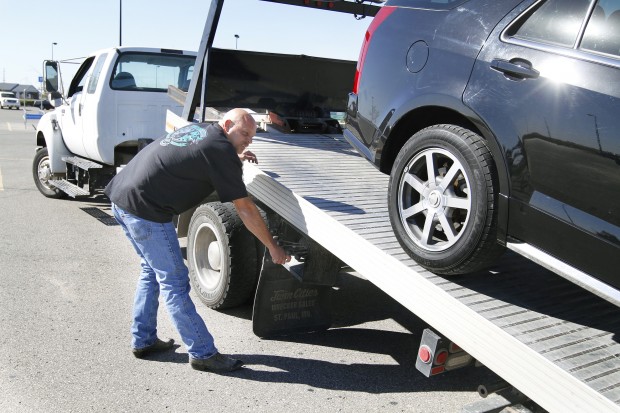 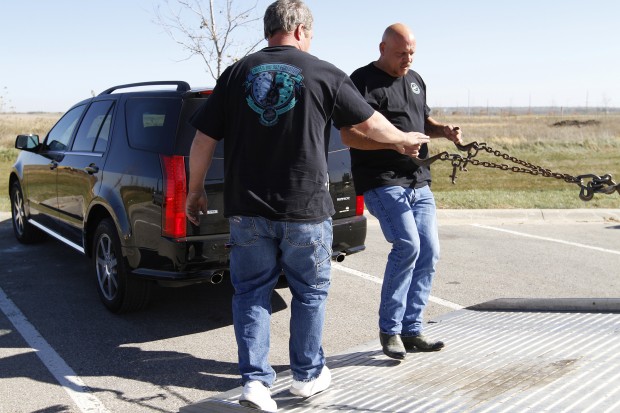 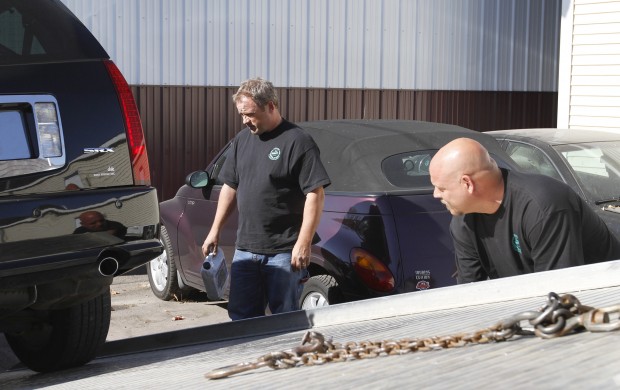 WATERLOO, Iowa --- If Jim Bellows wants your car, he'd like to talk to you.

Bellows is a "repo man" --- a repossession agent. It's his job to find a debtor who has fallen behind on car payments and hasten the matter's resolution.

That often begins by taking possession of the vehicle.

It doesn't have to be an unpleasant confrontation.

In fact, Bellows said, he prefers that it not come to that. His preference is to talk calmly with the debtor, explain the situation and urge them to get the matter settled with the lienholder.

He'll take the car; he'll also bring it back, in some cases.

Bellows, owner of Starlight Recovery & Investigations in Parkersburg, bristles at the popular conception of the repo man.

Sure, he said, repossessing a vehicle can be dangerous work. And the media portrayal of the repossession agent as a cold, calculating loner who is good at hot-wiring vehicles and is always ready for the next high-speed chase or violent confrontation certainly doesn't make it any easier.

"The big, bad, mean person coming out who's going to get into a fight with you, and guns are going to get drawn --- it doesn't work that way," Bellows said.

He said it's difficult to neutralize that stereotype as he goes about his business.

"You go out there, and you don't want problems," said Bellows, 43, who also is a private investigator. "You want most of all to talk to people and help them understand this is not the end of the world."

A repo man has to walk a fine line, or somebody on either side of the encounter could come to a bad end, Bellows said.

He said there have been times at which he has had guns pointed at him and others in which debtors tried to run him over in their vehicles.

Bellows doesn't carry a weapon, so there are few options in that situation, he said.

"I just leave, call the police, make a report," he said.

Bellows, who has been self-employed for about 20 years, since a stint as an airplane mechanic in the U.S. Navy, has been a repossession agent for about 12 years. He started SRI seven years ago. His wife, Andrea, helps him run the business. The company typically repossesses about 20 vehicles in a week, he said.

Bellows' son, David, also was involved in the business until March 3, the day he was killed in a traffic accident. He was en route to repossess a vehicle in Cedar Rapids, when a truck collided with his tow truck, Bellows said. The accident was only coincidental to David's assignment, Jim Bellows said.

In September, David's name was etched onto the Wall of the Fallen at the International Towing & Recovery Hall of Fame & Museum in Chattanooga, Tenn. The Wall honors towing and recovery agents who have lost their lives in the line of duty.

"He loved doing it; he tried college for a year and came back to it," Bellows said. "That's what he wanted to do."

"David was down in Cedar Rapids on a repossession in a brand new truck we just bought," Bellows said. "A guy came out with a switch blade and sliced both tires and halfway looked up and tried getting into the truck after him."

The younger Bellows quickly locked the tow truck's doors and called the police.

It's just part of the job, he said.

So is the danger.

"That's why a lot of times, I tell the police, 'You guys go out with a gun and a badge and a radio to get backup like that,'" Bellows said, snapping his fingers. We go out a lot of times by ourselves and the areas are bad. Most of the time, it's not a bad situation, but sometimes it does turn into a bad situation and we don't have backup."

Psychology a big part of the job

There's a lot more to the job than being able to handle a tow truck, Bellows said.

The psychology behind the job cannot be underestimated, Bellows said.

"You have to know how to treat people, listen to people, because everybody wants to tell us why their stuff is getting repossessed," he said. "Everybody wants to kind of spout off and steam off, go off. But 99 percent of the time, you're not going to have a problem."

Bellows says he doesn't want to embarrass anyone and will pick up a vehicle someplace other than the debtor's home or place of business, if it's workable.

He said he repossesses new and old vehicles, but in the current economic slump, there have been a lot of new cars on his daily runs.

"Right now, it's all over," he said. "It's a lot worse with the stimulation thing. A lot of people probably shouldn't have gotten new cars, because we're seeing a lot newer stuff."

Banks are under the government microscope, so they'll contract for repossession more quickly today than before, Bellows said.

"They're in default and the government is looking at the bank," he said. "With this economy, the banks today are getting microscoped, so they have to pick the stuff up even after one payments, two payments, whatever it is."

Area lending institutions that make vehicle loans say their repossession counts actually have been down recently.

"Our actual average for this year has been lower than the last three or four years," said Mark Heth, president and CEO of Iowa Community Credit Union in Cedar Falls. "I think this Cash For Clunkers may have come back to hurt some lenders, especially lenders that are doing a lot of indirect lending, but we've been very fortunate that our members have paid us."

"Traditionally, we've had very few," he said. "There's not much of a change for us, and that's good news.

The process for repossessing a vehicle varies, Vich said.

"Often, if you can communicate with a customer, they'll cooperate and you don't have to hire a repossession person. If not, that's obviously one of the alternatives."

If a lender repossesses a vehicle, it may be sold at auction. Or, the lender might try to sell the vehicle itself.

"It varies by institution," Vich said.

Plaza Auto Auction in Mount Vernon has as many as 400 vehicles --- perhaps 10 percent of which are repossessions --- at its weekly auction Wednesdays, said Mark Greb, president auction firm.

He also said the number of repossessed vehicles that reach his auction block is down.

"The amount of repossessions is down compared to what it was last year and the year before," he said. "We attribute that to the tightening of lending practices and the retail public's tightening their belts and not trying to stretch the money that they have."

Debtors sometimes are eager to unload their vehicles, Bellows said.

"A lot of times, they've called the bank and they want it picked up," he said.

But the banks don't necessarily want to have to go through the repossession process, he added.

"They are hoping that the people will go ahead and pay for it a month or month and a half and two months down the road," he said. "They don't want these cars. They lose money."

The repo routine varies, Bellows said, but there are certain tasks that go with all jobs.

"We get stuff over the fax machine or computers from the banks," he said. "We do a lot of background work before I go out."

Finding a debtor often is the heart of the research phase, Bellows said.

"With a lot of people, these loans may be two or three years old and they moved," he said.

Bellows will try to contact the debtor before making a run.

"I'll talk to people and see what we can do," he said.

Once the vehicle is secured, it is brought back to a storage yard, and Bellows sends a condition report to the bank.

Ultimately, the vehicle can end up back in the debtor's possession, Bellows said.

The job used to get to Bellows, and he'd seek out advice from his pastor.

"Our pastor would say if you don't do it, there's somebody else who has to," he said. "You treat people with the respect they need to be treated with and that's what it's about. That's why I keep doing it. You've got to know how to handle this situation. Keep it business and not personal."

How difficult is that?

"It's real difficult at times."

It's also important to understand a debtor's situation, Bellows said.

WATERLOO --- Lenders say repossession is the last --- and least preferred --- option in dealing with a lapsed vehicle payment plan.

WH 'refining plans for all scenarios' in Ukraine

WH 'refining plans for all scenarios' in Ukraine