Like a lot of older Americans, U.S. Sen. Chuck Grassley is working past the typical retirement age.

In just the past two decades, the share of the American workforce age 55 and above has gone from just 13% to 23% today, according to the Bureau of Labor Statistics. Not only does Grassley illustrate that trend, he’s leaving open the possibility he will try to hang on to his job even longer after his term ends in 2023.

Age will be a factor in deciding whether to run again, Grassley said last week. He would be 95 if he completes an eighth term. That would make him the oldest person in the Senate since South Carolina’s Strom Thurmond, who turned 100 in 2002 just before retiring.

“I mean, I’m 87 and if age is a factor it would be a factor right now,” Grassley said. “What’s more of a factor is my ability to do the job.”

As far as he is concerned, that’s not in question.

“I’m working just as hard now as I did when I was 40 years younger, 40 years ago,” said Grassley, who is president pro tempore of the Senate and chairman of the Senate Finance Committee.

There are seven octogenarians serving in the Senate. Grassley and California Democratic Sen. Dianne Feinstein, also 87, are the oldest.

Feinstein added fuel to the “how old is too old” discussion when she announced she would step down as the ranking Democrat on the Senate Judiciary Committee. But Grassley, who has served on Judiciary since arriving in the Senate in 1981, plans to take another turn as its chairman in 2021 if Republicans retain the Senate majority

Two of their 80-plus colleagues did not seek re-election this year. Tennessee Republican Sen. Lamar Alexander recently told the Washington Post that Senate octogenarians face the age question and whether it’s time to exit. He told the Post he did not want to “stay too long.” Kansas Republican Sen. Pat Roberts also cited “maturity” in his decision.

Grassley jokes that as long as he’s able to run 2 miles six days a week, he’s capable of doing the job. Even contracting COVID-19 didn’t stop the Butler County farmer from daily runs. According to his office, Grassley ran for 13 straight days during his asymptomatic bout of COVID-19.

However, Grassley acknowledges that he won’t be able to run forever — either on foot or on the campaign trail.

While campaigning for other Republicans back in 2018, Grassley said he felt he could live to 100.

“But that’s not real life,” he said when asked about his 2022 re-election plans. If anyone had asked six years earlier, he wouldn’t have hesitated to say he would run for an eighth term. But then he added, “Why don’t you ask me in September of 2021 ... because I need to be able to know that I can get through until I’m 95.”

He doesn’t want to serve if he is not healthy enough to do the job both he and Iowans expect, Grassley said, suggesting he’s seen colleagues stay in Washington too long.

So he plans to make his decision by the middle of 2021. He’s being encouraged — by Republicans in Iowa and the Senate — to run again. Democrats expect he will run again.

Privately, some expect he will retire after being re-elected so his grandson, Iowa House Speaker Pat Grassley, could be appointed to serve until the next general election. That would give the younger Grassley a running start on being elected in 2028. Of course, that scenario depends on a Republican being in the governor’s office if Sen. Grassley steps down.

The elder Grassley has laughed at the suggestion he’s grooming his grandson to succeed him.

“You can’t groom anybody to run for anything,” he said earlier this year. And it would be inappropriate for him to choose his own successor, he added.

So far, Grassley hasn’t given any sign of letting up. He just announced he’s looking forward to his annual meetings in all of Iowa’s 99 counties again in 2021.

“This annual tradition keeps me in touch with the grassroots of Iowa and allows me to bring their ideas to the policy-making tables in Washington,” he said.

Although he is president pro tempore of the U.S. Senate and third in line of presidential succession, Sen. Chuck Grassley, R-Iowa, won’t be cu…

For about three years, Iowa and the U.S. had been seeing a reduction in fatal overdose deaths from opioids. Then 2020 hit. 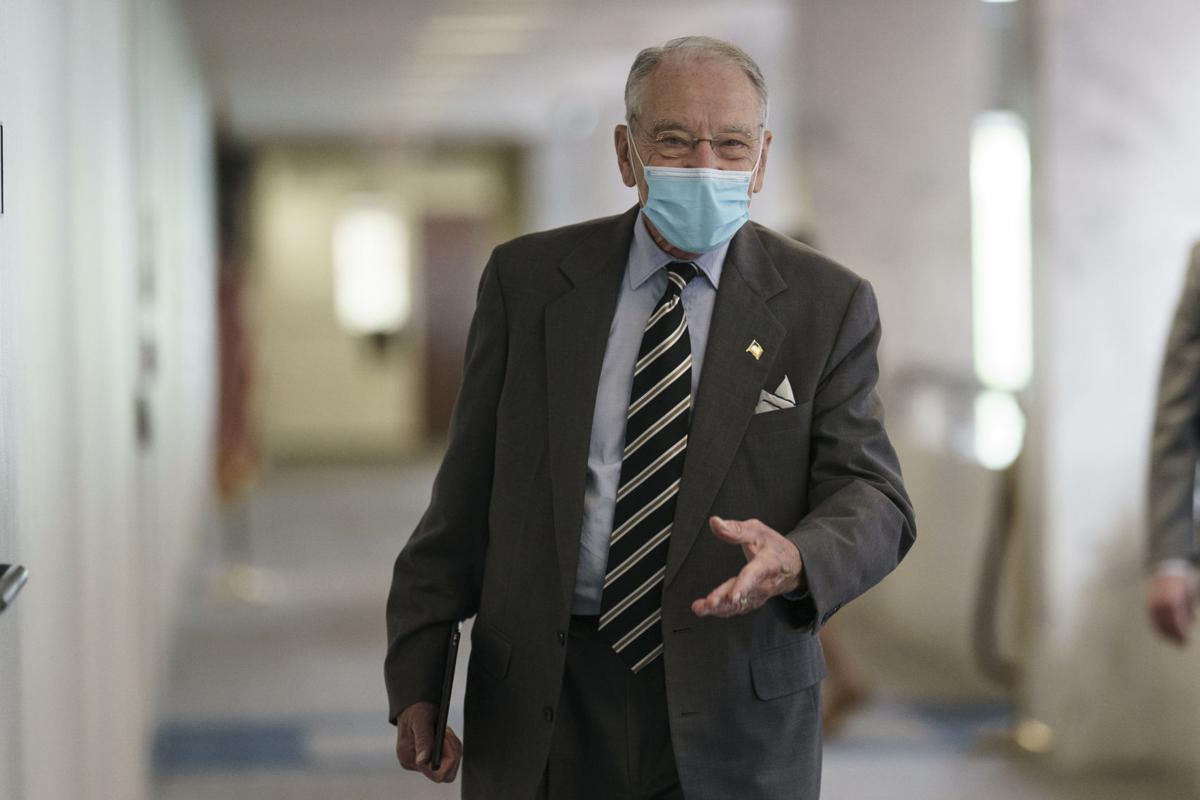 Sen. Chuck Grassley, R-Iowa arrives for a Oct. 26 meeting at the Capitol in Washington. 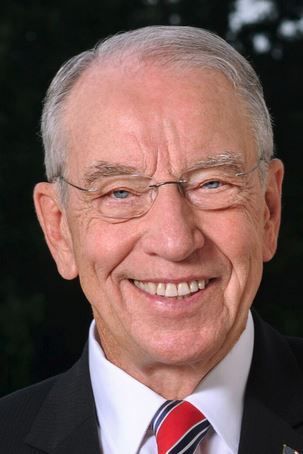