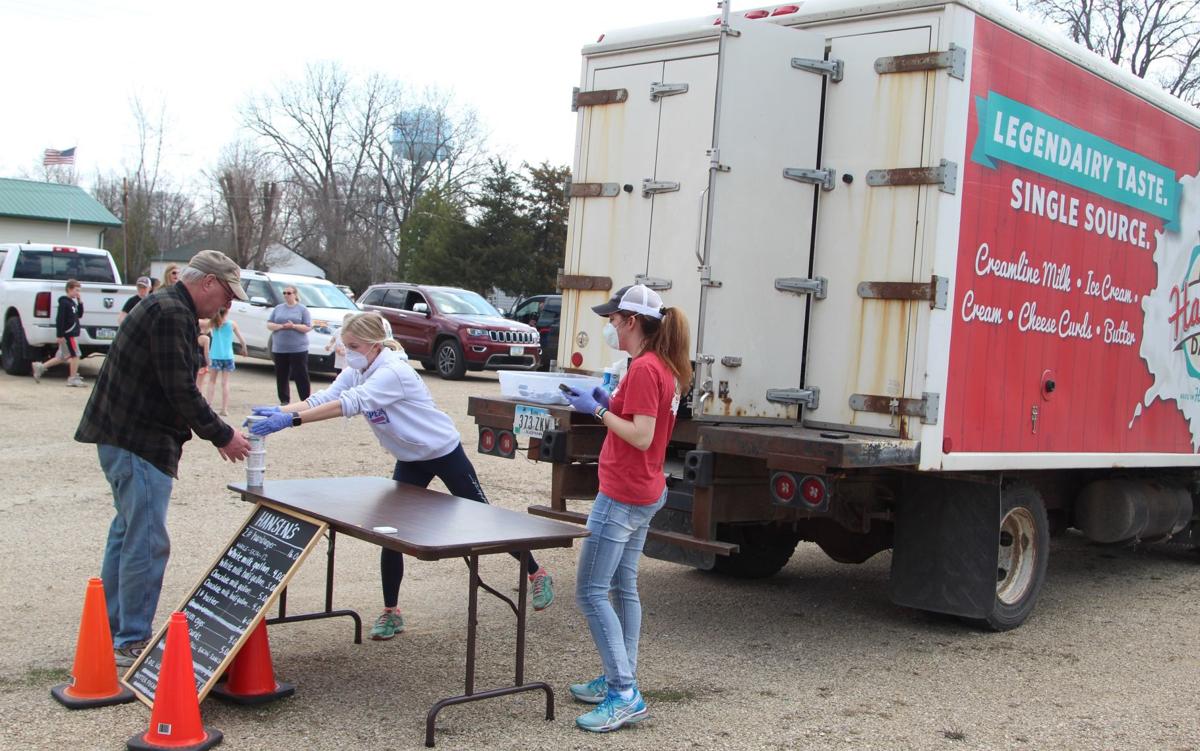 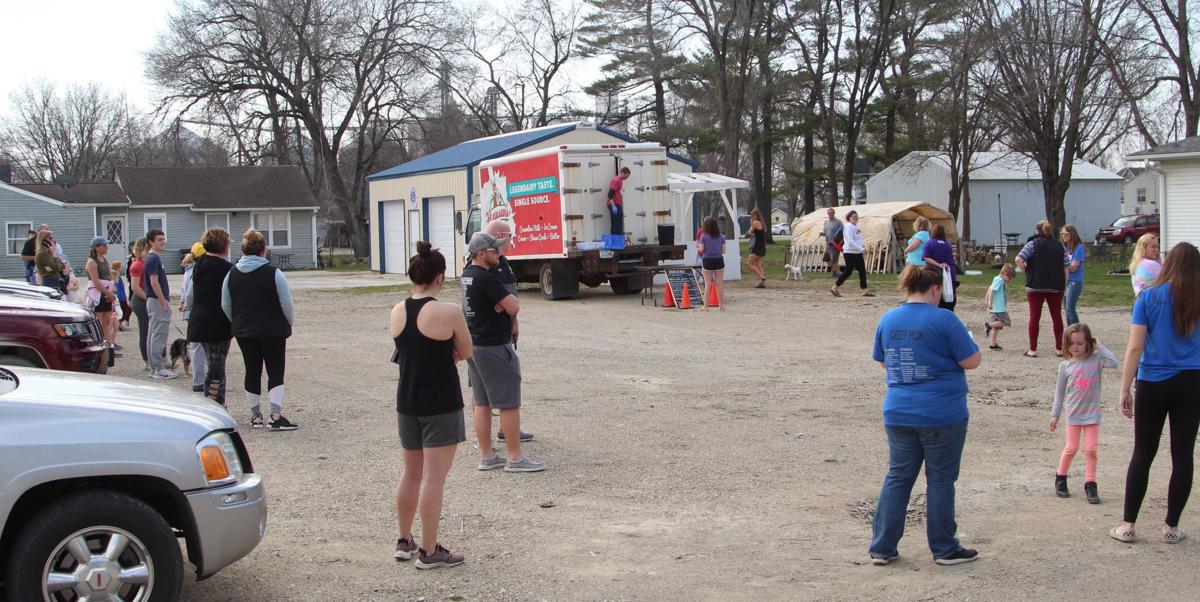 New Hartford residents line up for Hansen’s Dairy on Tuesday. 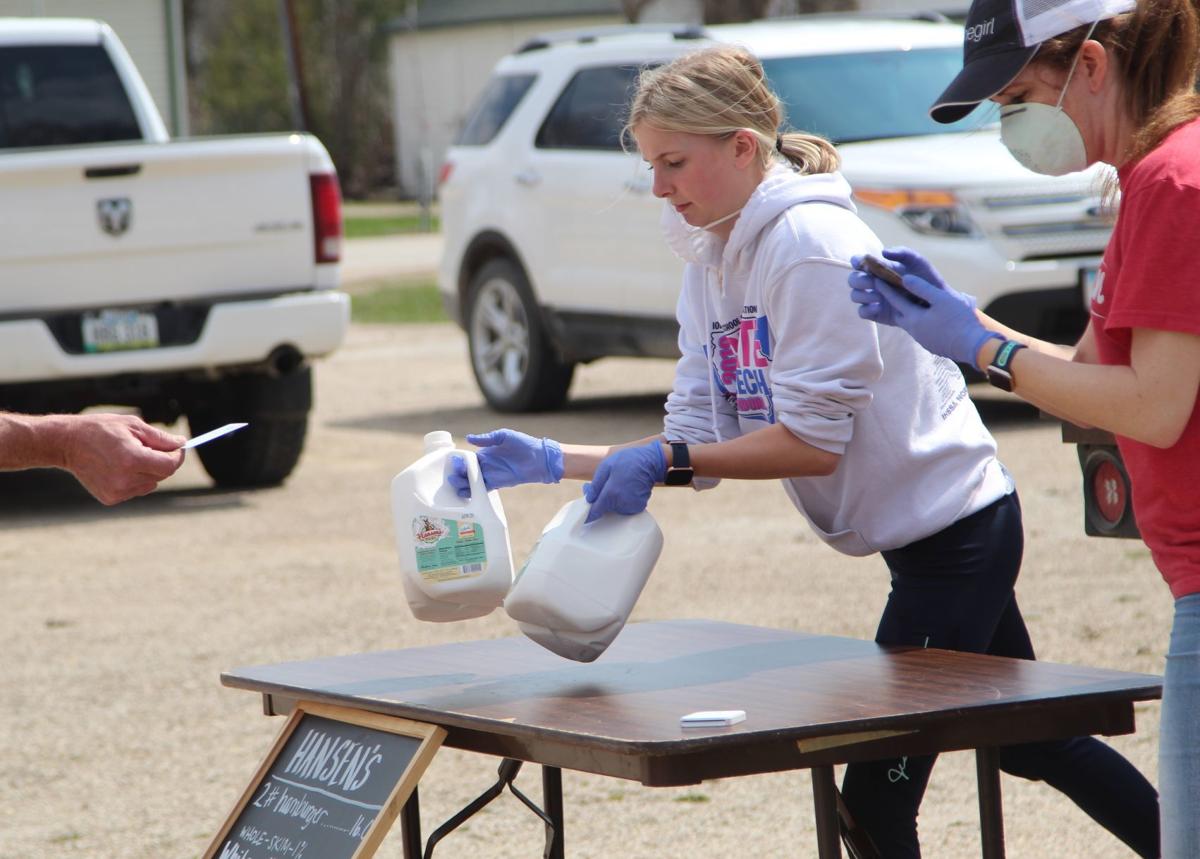 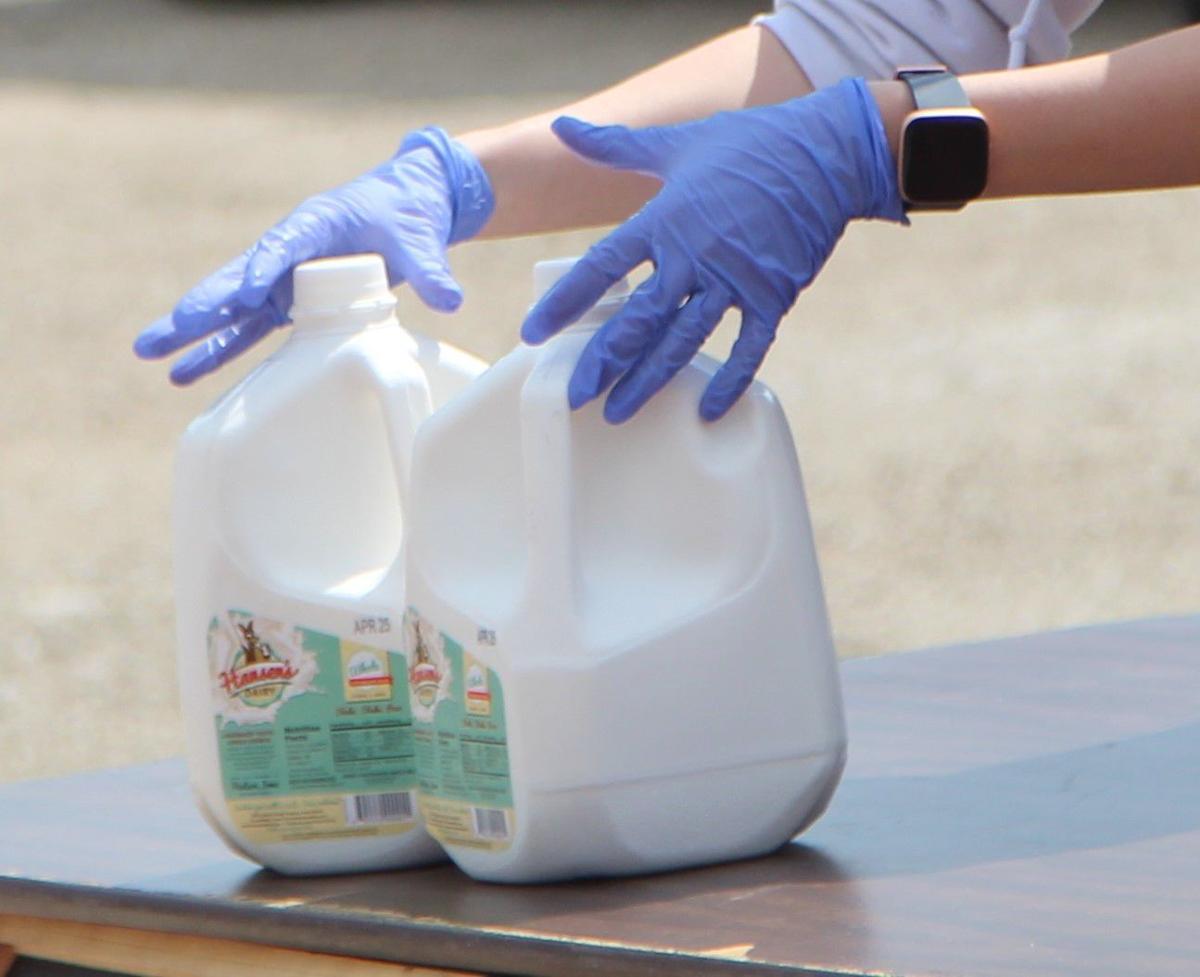 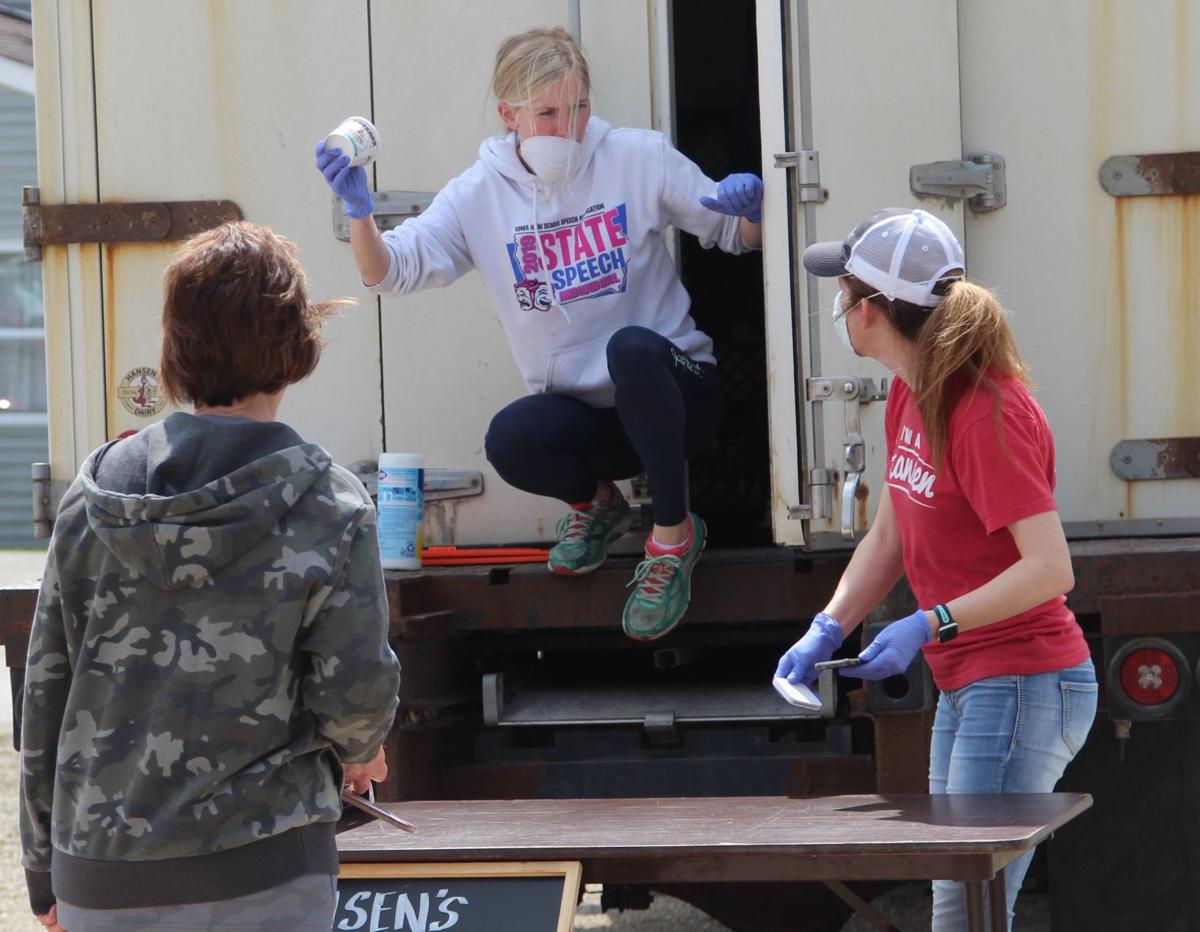 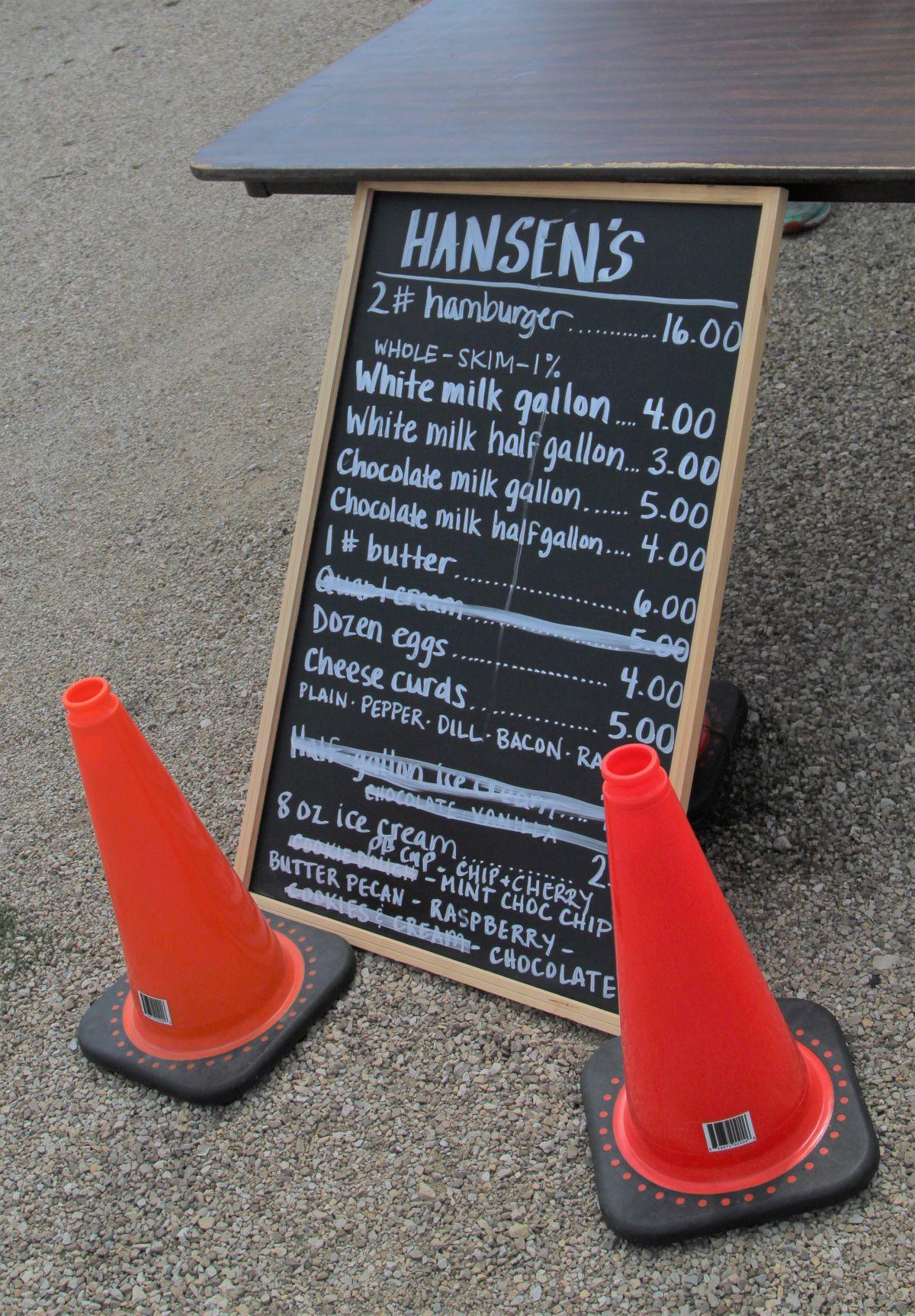 The menu for Hansen’s Dairy’s stop in New Hartford on Tuesday, April 7, 2020. 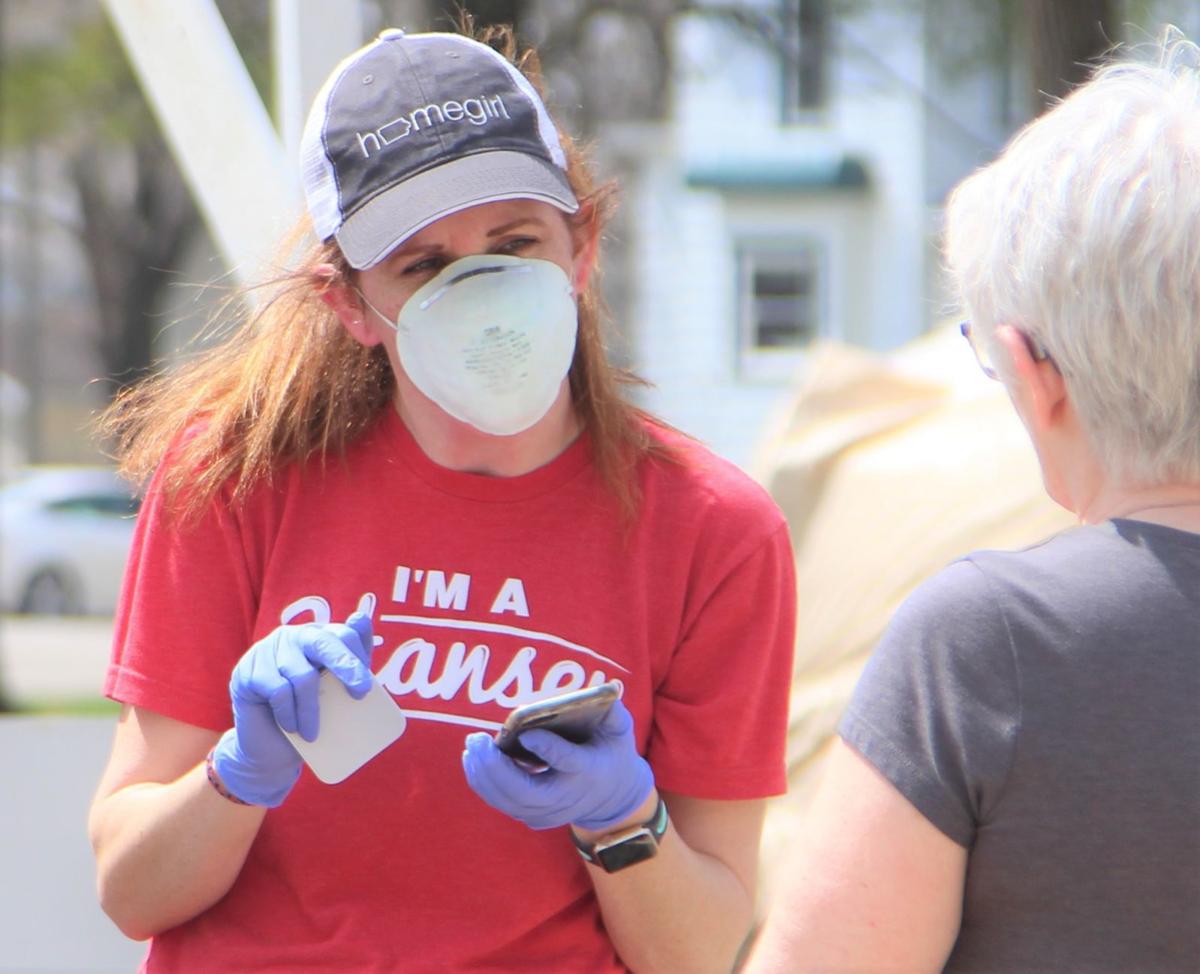 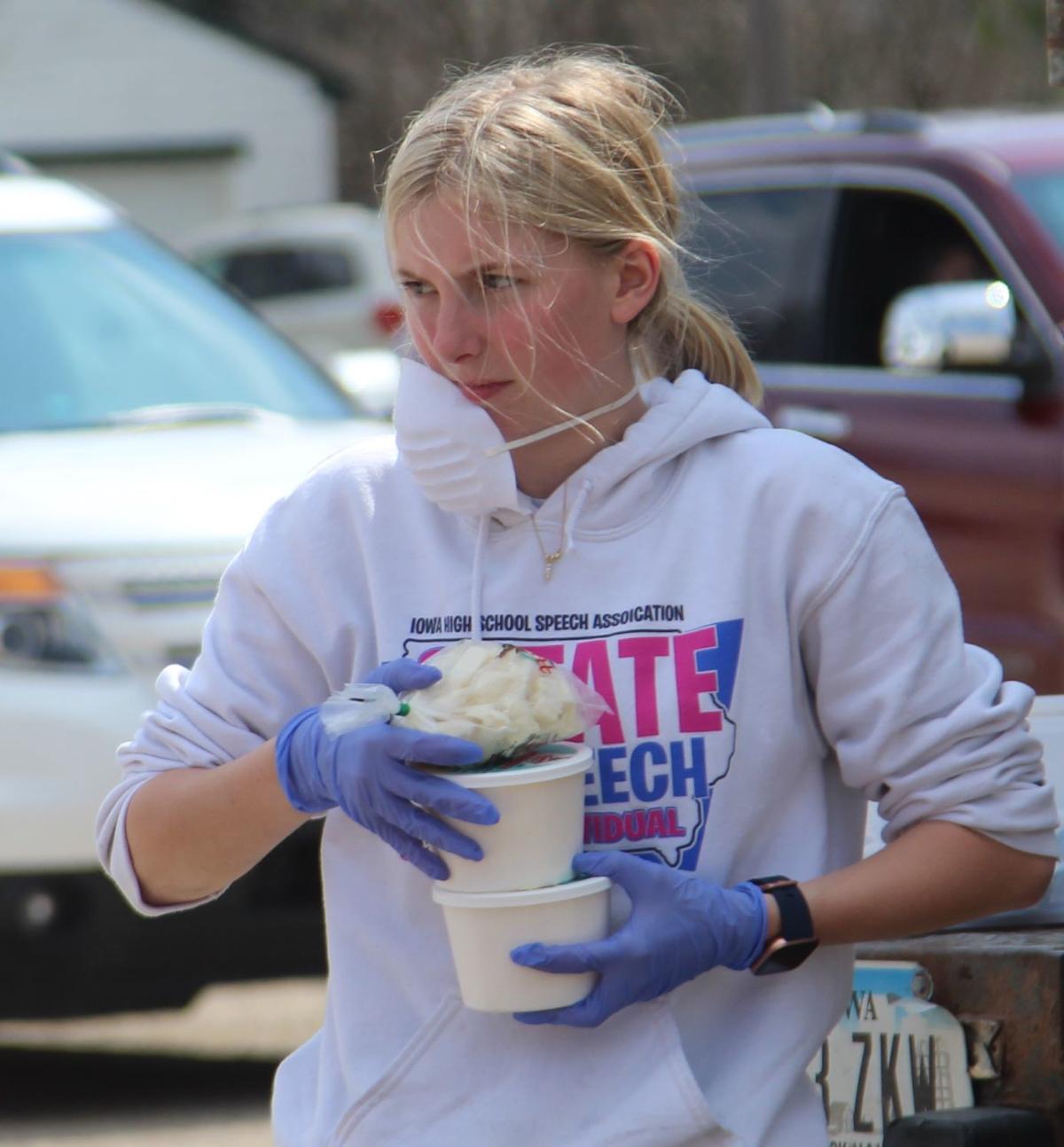 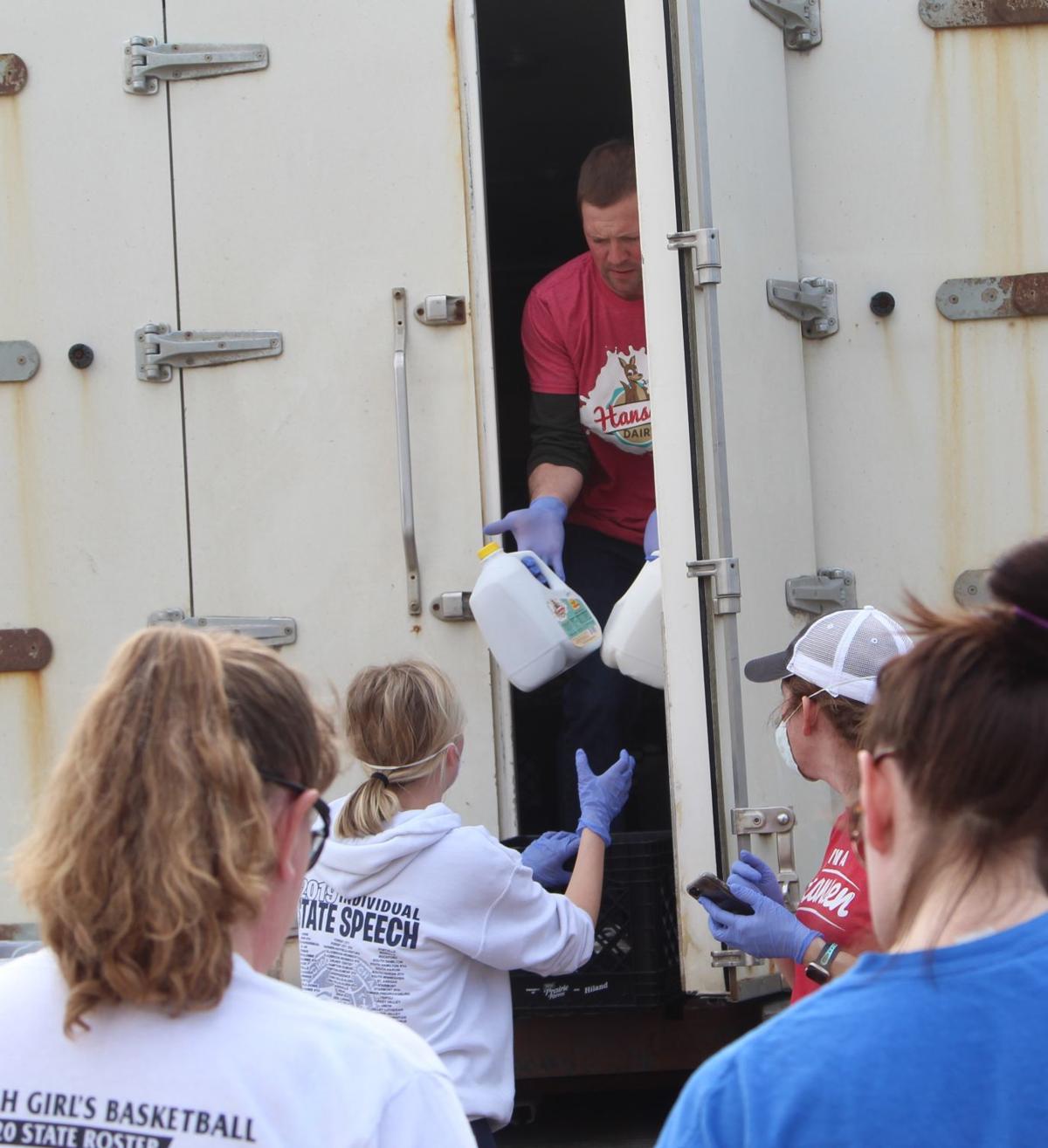 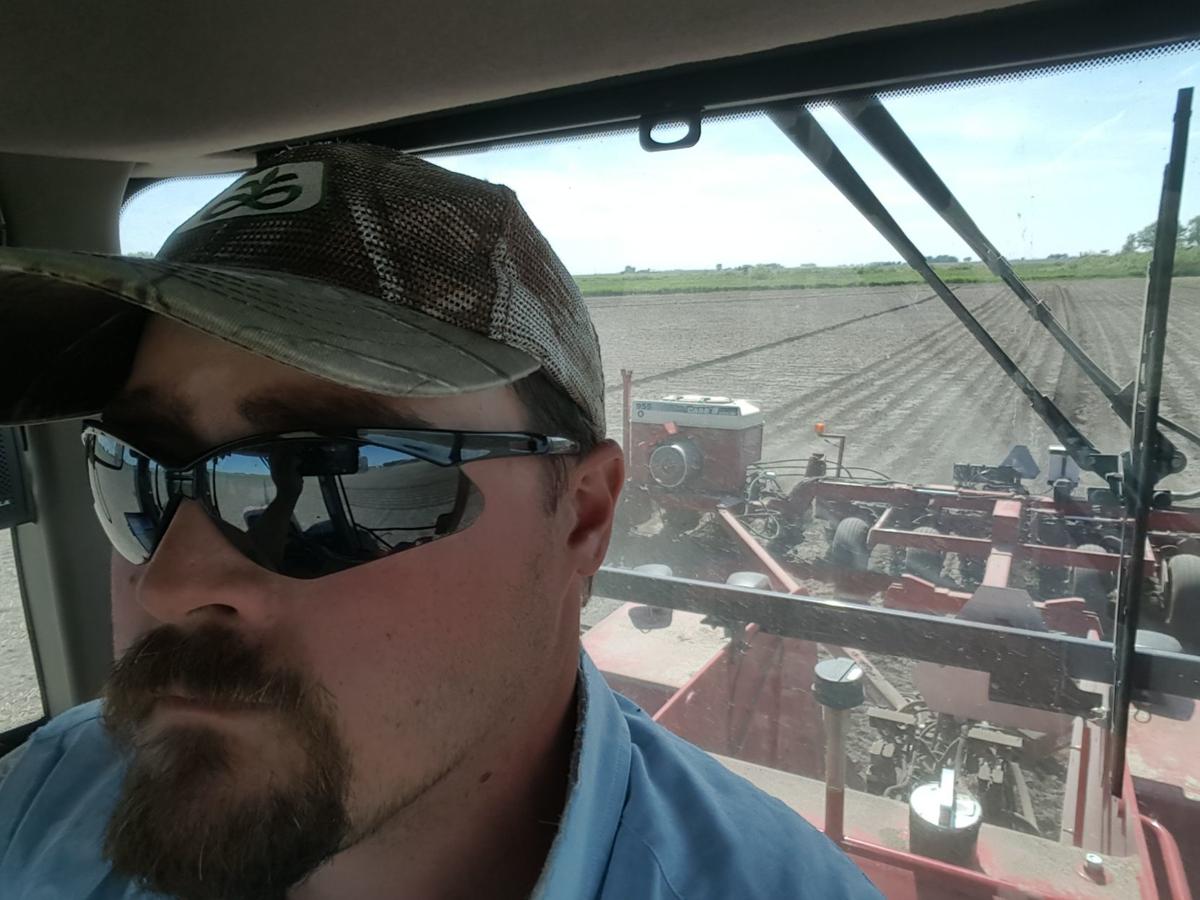 Dustin Sage farms his 1,200 acres of row crop in rural Dunkerton in this 2017 photo. Sage was bracing himself for the usual worries of spring planting in 2020 -- the weather, trade deals -- and now adds coronavirus to his list, which could affect everything from oil prices to parts for his machinery. "It's the entire ecosystem we're depending on," Sage said.

DUNKERTON — Dustin Sage is used to worrying about things he can’t control.

At this time of year, as he gets ready to plant corn and soybeans on around 1,200 acres in rural Black Hawk County, that usually means the weather.

“It’ll be mainly cold and wet,” Sage said of the spring planting forecast — not a good combination. “I can deal with warm and wet better, but if we don’t have heat, we don’t dry out.”

But another uncontrollable worry looms for farmers: The continuing coronavirus pandemic, which has the potential to disrupt everything from the supply chain to oil prices to truck availability.

“It’s the entire ecosystem we’re depending on,” Sage said.

To prepare, he’s stocking extra parts for his farm machinery in case the John Deere or Case IH dealerships or factories end up closing, and practicing social distancing measures with his seed and chemical dealers.

“Supply chain issues are probably cropping up in my head more than they used to,” said Sage. “We’re looking ahead to fall, even, because we don’t know how long this is going to last.”

Coming off a 2019 season where a trade war with China hit soybean farmers especially hard, coronavirus now adds its own uncertainty to the 2020 season.

“It’s another issue that we are obviously trying to delve into,” said Sam Funk, who provides analysis and information to the Iowa Farm Bureau. “There are so many changing aspects taking place as this virus has grown and spread across the U.S., and this state.”

Dairy farmers like Jordan Hansen, whose family runs Hansen’s Dairy stores, have faced different issues: While the cows are milking just the same, an initial customer rush at their Cedar Falls and Waterloo locations was replaced weeks later with a slowdown.

As a result of coronavirus restrictions, the convenience store side of their Cedar Falls store had to close to the public, as have the farm tours.

And, while Hansen said online delivery had been on the back burner, the family is now pivoting to that quickly as demand for the service soars, as well as for mobile operations in area cities.

“It’s just really hard to predict where we’ll be next week,” she said. “We hope, as a food outlet, we’re able to stay open the whole time. But, gosh, you just don’t know.”

The CARES Act means help is on the way for farmers just like other workers in Iowa. But overall, said Funk, the pandemic adds another layer of uncertainty to the spring planting season — and farmers will adapt as farmers always have.

“Every year, we face a lot of challenges with weather and markets,” Funk said. “If you think about what’s out there and available right now, agriculture is still moving forward.”

Jess Benson, a Legislative Services Agency staffer who analyzed the study, noted Iowa is in a better position for minimizing the number of uninsured compared with other states.

New Hartford residents line up for Hansen’s Dairy on Tuesday.

The menu for Hansen’s Dairy’s stop in New Hartford on Tuesday, April 7, 2020.

Dustin Sage farms his 1,200 acres of row crop in rural Dunkerton in this 2017 photo. Sage was bracing himself for the usual worries of spring planting in 2020 -- the weather, trade deals -- and now adds coronavirus to his list, which could affect everything from oil prices to parts for his machinery. "It's the entire ecosystem we're depending on," Sage said.