Become a Member
Read Today's E-edition
Share This
AARP names Cedar Falls one of the 'Best Places to Live and Retire Now' in the U.S.
0 Comments
Share this

CEDAR FALLS — AARP has named Cedar Falls to its latest list of communities that “deliver on the qualities we most want in a hometown” to those who live, work and are retired there.

In AARP's first such list since the pandemic began, Cedar Falls was recognized Monday as one of nine “Best Places to Live and Retire Now." The city is described as “Midwest nice in a high-tech town" with a vibe of “old meets new.”

“Small-town charm hides a cutting-edge secret in Cedar Falls,” AARP said. “Every home and business is connected to fiber broadband. These lightning-fast connections are possible because internet service is provided by community-owned Cedar Falls Utilities. The combination of old and new makes the city an attractive place.”

It may be the first time the designation has been given to Cedar Falls; however, a request made to AARP about that possibility, its selection process and additional information wasn’t immediately answered prior to press time Wednesday.

“Over the years,” AARP has reported on great places to live on a modest income. But it says its criteria has changed because of the pandemic. It points out things like access to nature and Internet are more important, as well as “flexible homes, calmer environments, a palpable sense of community, but also 21st-century infrastructure.”

Cedar Falls is described as “bike-friendly and walkable, with shops and restaurants filling the downtown district.” It also is touted for its festivals, farmers markets and activities in local parks.

The “crown jewel” is the Sturgis Falls Celebration, a summer festival with parades, concerts, stage shows and food vendors.

“Cedar Falls has city amenities but a smaller town atmosphere,” said Kris Hansen, a resident since 1989 and the CEO of the Western Home Communities, in a telephone interview. “… The city also places a focus on inclusiveness within its community. We always hear about ageism, but I feel Cedar Falls does a great job of mitigating that.”

“It’s pretty cool to be 20 minutes away from a football or basketball game, or Gallagher Bluedorn (Performing Arts Center), and the downtown,” he said. Other advantages, Hansen said, are the city's culture, broadband, health system, and city officials who take the public’s input into account when deciding how to move forward.

In addition, the AARP report highlights the University of Northern Iowa as important for injecting arts, athletics and educational programs into the community.

It also notes the city takes advantage of the Cedar River and its lakes, and has “not lost its connection to nature,” with miles of paved, multi-use trails passing through “bucolic areas" and connecting it to the downtown.

AARP’s Livable Communities team, which provides resources to local leaders in helping make towns inclusive for people of all ages, and Public Policy Institute, which publishes the Livability Index used by real estate agents and home shoppers, worked with its editors to come up with 14 objective points of data by which to assess communities for its list.

A set of communities emerged. "It was full of surprises: a few big cities you might not expect to be retirement-friendly, and smaller towns that are hardly known outside their region," the report said.

AARP also said input was gathered from its state offices as well as from regional journalists.

Asked about what Cedar Falls offers that people from afar wouldn't necessarily understand until they lived here, Taunda Thomas, a property manager at Thunder Ridge Senior Apartments and longtime resident, said it's the people.

"They really look out for each other, and they want to help whether you know them or not," she said. "They make sure our neighbors are in good shape and healthy. I don't talk about that lightly because you don't find it everywhere, that personable aspect."

Last updated in 2018, the Livability Index scores neighborhoods and communities for the services and amenities that impact people's lives the most.

Scores are out of 100 and based on seven categories: housing, neighborhood, transportation, environment, health, engagement, and opportunity.

Cedar Falls received a score of 60.

The state's Board of Educational Examiners suspended their licenses when it met last month.

WATERLOO – A Waterloo man who as accused of setting his cousin up for a synthetic marijuana robbery has been found guilty of a lesser charge.

A long-planned marina project in downtown Waterloo could be underway as soon as this year.

A Waterloo man has been arrested for trying to steal a vehicle following a home break-in.

A man suspected in the shooting death of his girlfriend and shooting and injuring his teenage daughter in Wisconsin was taken into custody after a standoff at a Waterloo home Wednesday.

Police are investigating an overnight shooting that damaged a vehicle with people inside.

The operator of the Polaris Ranger two-seat utility vehicle was driving eastbound on Lone Tree Road on Saturday when it attempted a turn and crossed into the path of a pickup truck. 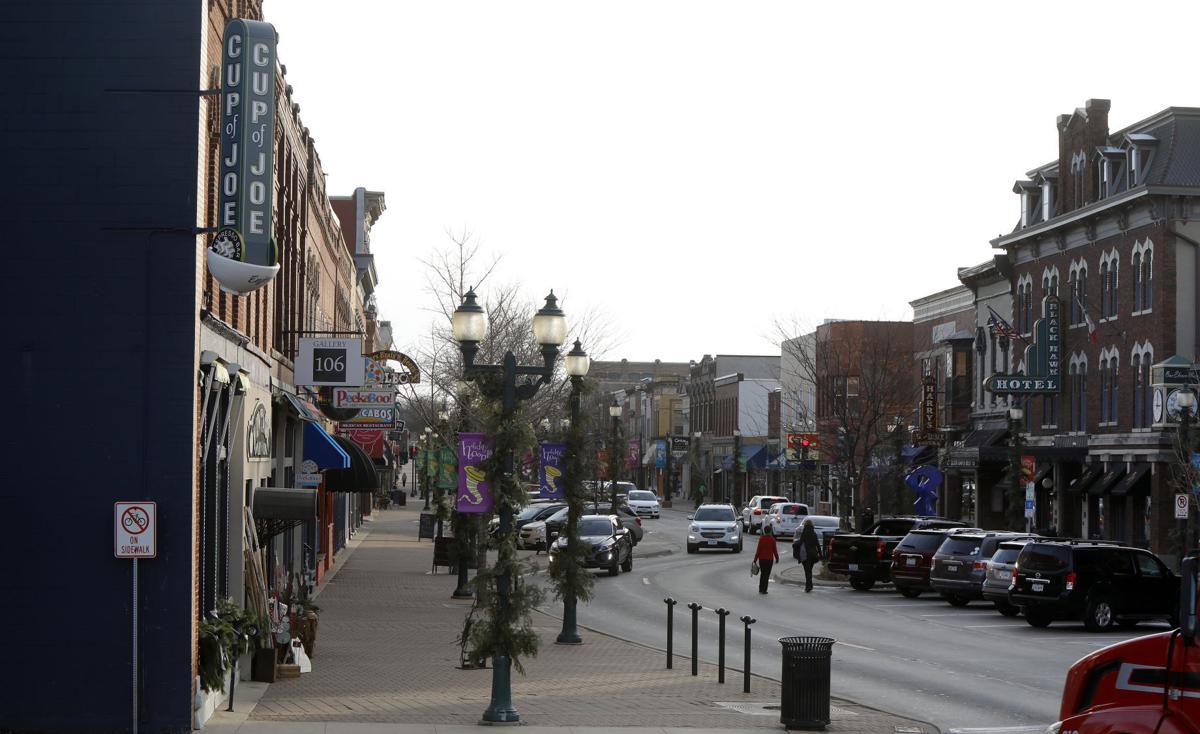 A view of Cedar Falls Downtown. 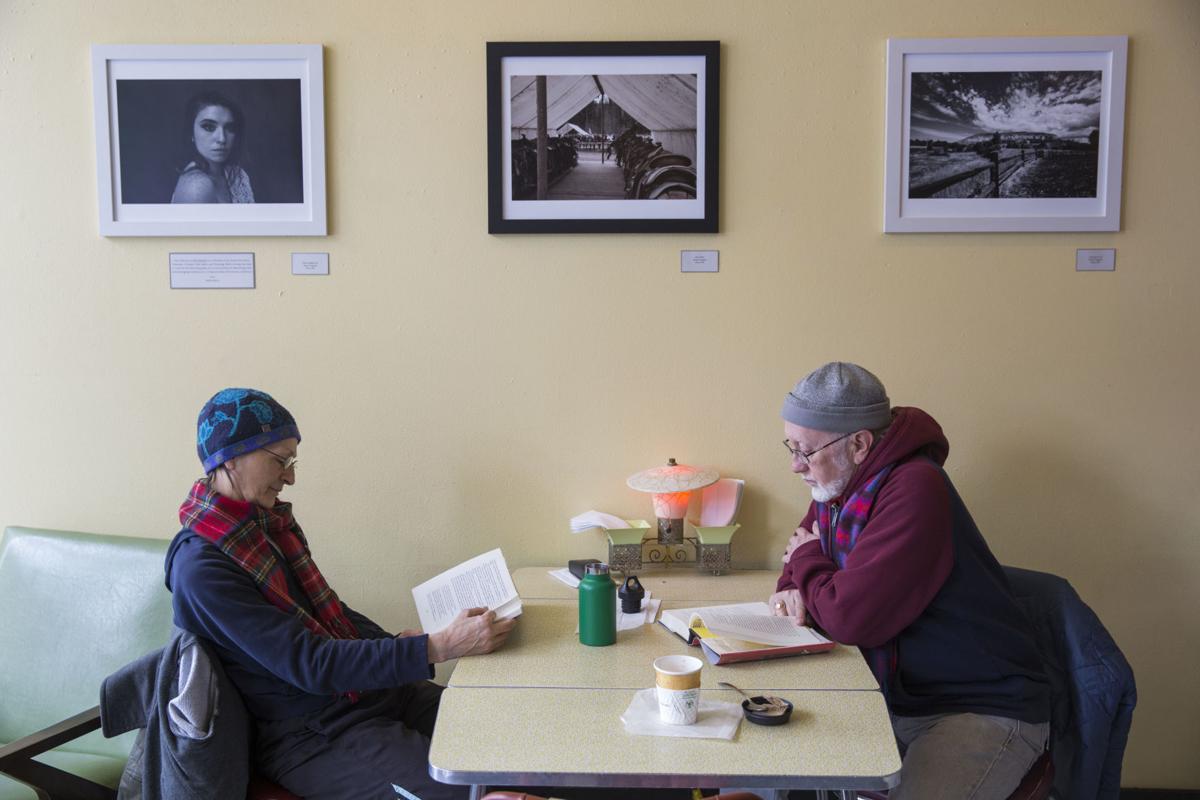 Veronique Conrad and her husband Dennis sit and read books while at Cup of Joe on Main Street in Cedar Falls in February 2019.