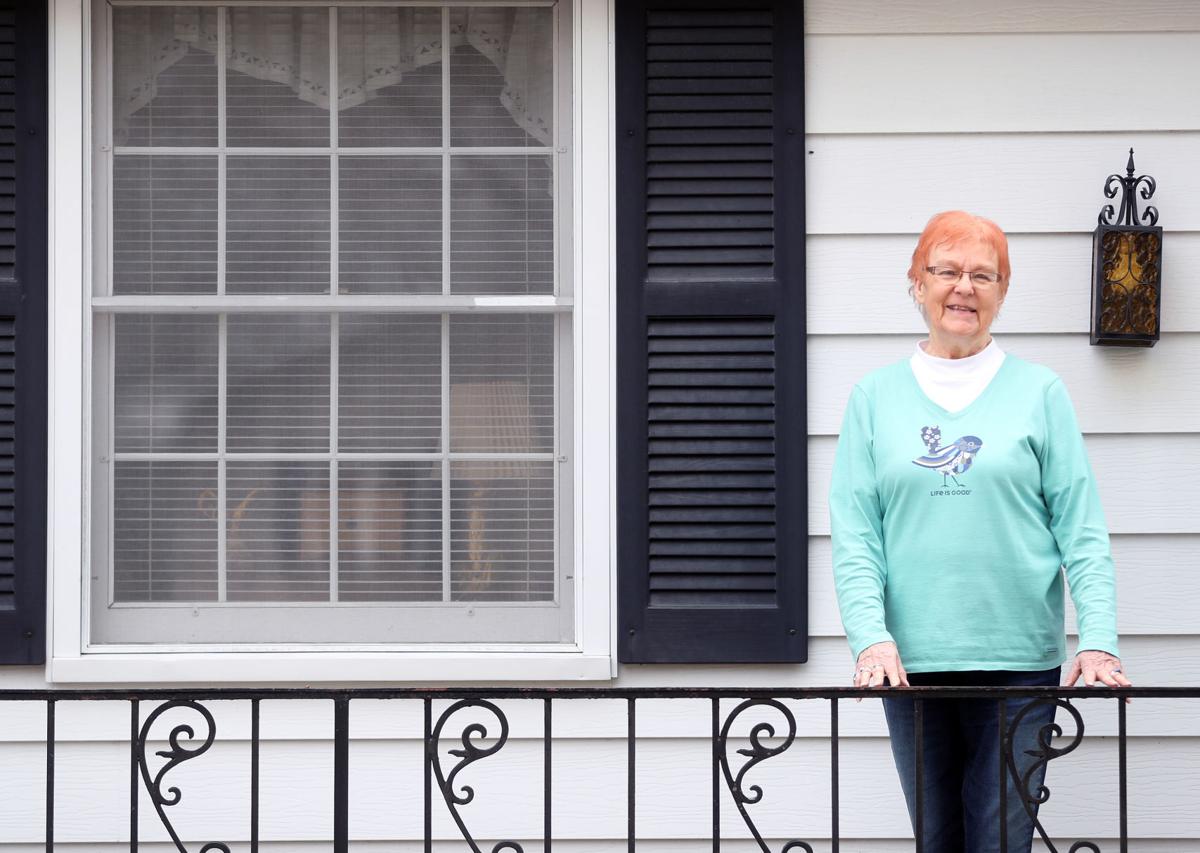 Barb Corson was the first woman to become a high school principal in the Waterloo Schools.

First in a series on this year’s Courier 8 Over 80 honorees.

WATERLOO — Barbara Corson has fashioned her passion for history and the arts into volunteerism that has helped enrich the community.

Corson, Waterloo’s first female high school school principal, was nominated for the Courier’s 8 over 80 because of her work with the Grout Museum District, Gallagher Bluedorn Performing Arts Center, Waterloo Cedar Falls Symphony and the YWCA, to name a few.

“She is extremely effective and moves mountains in her effort to advance the causes she holds dear,” said Luanne Puhl, who recommended Corson for the award.

“I try to give back. My dad was very big on that you’ve had a good life and you have to give back,” said Corson, 83, of Waterloo.

Corson grew up in Waterloo. Her father ran an appliance store on West Fourth Street, and her mother was a homemaker who helped out at the family business.

After graduating from high school, she went to Rockford College in Rockford, Ill., married Harold Corson, a Rockford native, and began raising two children after earning her degree.

She worked as a substitute teacher for Waterloo schools as a side job and took the leap into full-time teaching in 1963 after a seventh-grade English teacher she was filling in for didn’t return shortly before a Thanksgiving break.

“My whole career has been somewhat unplanned,” Corson said.

School administrators asked her to enter a contract to pick up where the outgoing teacher left off. She signed and then fretted about how to break the news to her husband.

She told him on Thanksgiving weekend, after all of the hectic family activities were winding down.

As it turned out, Harold, a biochemist at then-Allen Hospital, had accepted a job with Abbott Laboratories and had been worrying about how to tell her about his own career change.

In the years that followed, Corson was promoted into administrative positions —- head of the English department, assistant principal and principal at West High, her alma mater —- and earned advanced degrees. She retired in 1996.

The couple’s interest in history (he died in January 2019) and preserving the past shows through in a number of ways. They owned an antique mall in McGregor, located in a historic Goedert Building with an ornamental pressed-metal facade that was manufactured in a Mesker family foundry in St. Louis and floated up the Mississippi River.

A 2017 tornado destroyed the antique store, but Corson still owns a historic house in McGregor that was built in 1886.

Closer to home, Corson served as chair on the board for local historic homes, which transitioned into a spot on the Grout Museum District’s board of directors. She chaired the district’s exhibits committee and planned for the artifacts for the Sullivan Brothers Military Museum.

When the Grout’s planetarium equipment began to falter, she stepped in with a significant donation for replacement parts, Puhl said.

In retirement, Corson has been traveling the world, extensively in South America, where she has visited Machu Picchu. She has also been to the Great Wall of China as well as Egypt, where she saw the oldest piece of papyrus with writing on display in a museum.

She said she loves traveling and studying the places where she goes.

‘I try to give back. My dad was very big on that you’ve had a good life and you have to give back.’ — Barbara Corson

'I try to give back. My dad was very big on that you've had a good life and you have to give back.' -- Barbara Corson

The 2020 recipients of The Courier’s Eight Over 80 awards have been chosen.

Barb Corson was the first woman to become a high school principal in the Waterloo Schools.