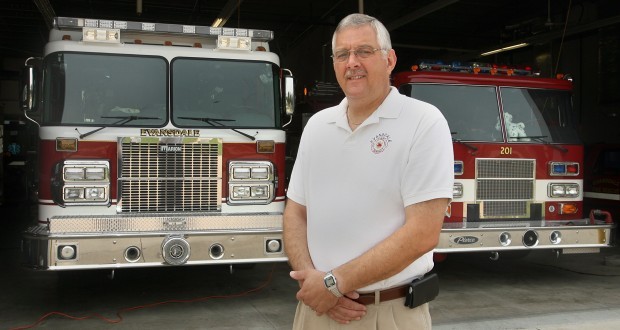 Kent Smock has been named interim police chief of Evansdale. He is pictured in a 2007 file photo. (RICK CHASE / Courier Staff Photographer) 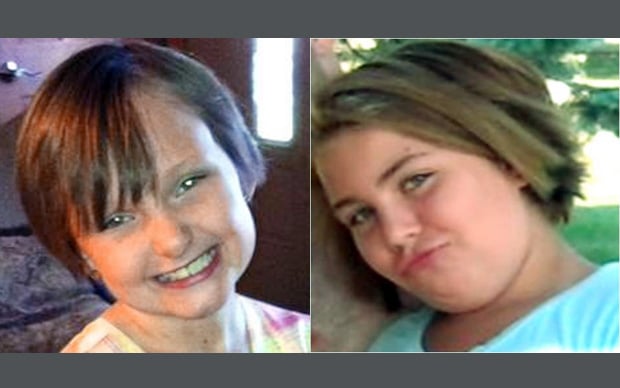 EVANSDALE, Iowa --- A combination of new and old information prompted law enforcement Monday to renew a request for the public’s help in the ongoing investigation of the disappearance and deaths of cousins Lyric Cook-Morrissey and Elizabeth Collins.

Evansdale Police Chief Kent Smock said the volume of information investigators have had to combine and go through has slowed the process.

According to a press release from the Black Hawk County Sheriff’s Office, investigators have received witness information that a white, older model, full-size SUV-type vehicle was parked on or near the lake along Arbutus Avenue near Meyers Lake on July 13, the day the girls went missing.

The girls’ bikes were found on a lakeside trail. Their bodies were discovered in a wooded area in Bremer County about 20 miles away in December.

“Investigators stress that the person(s) in the vehicle should not be considered a suspect or a ‘person of interest’ but that they may have information important to the investigation,” the release read.

Smock said the newly released information was a combination of old and new reports.

“Earlier on, within the first two or three months of the girls going missing, as we were interviewing people ... a couple of different people identified the vehicle as being on Arbutus,” Smock said. “A few months ago, we received some information from another party who had seen a similar vehicle on the east side of the lake.”

The latest information came from a woman who assumed police had already been told about what she saw, but they had not, Smock said.

He said no description is available of the person or persons in the vehicle.

Additionally, the abduction of two girls in Dayton and the subsequent murder of one of them grabbed investigators’ attention just days after they received the latest information on the white SUV.

Officials are investigating if the suspect in the Dayton case, Michael Klunder, who committed suicide, is linked to Lyric and Elizabeth.

“We are still working on that,” Smock said.

Smock said the SUV sightings are different from reports of a white vehicle tied to an attempted abduction in Cedar Rapids. In that case, the vehicle was described as a white van.

“This is an SUV, a large SUV,” Smock said. “It has been described as an older model Chevy Suburban, — but we don’t know that for sure — boxy and definitely full sized.”

Smock said investigators have already received a number of phone calls following their request for the public’s assistance. “We have a lot of people calling in ... and we will follow up on all those calls,” he said. “But we are really looking for specific information.”

EVANSDALE, Iowa --- Investigators are seeking a person or persons associated with a white sport-utility vehicle spotted near where two young abducted cousins were last seen July 13.

The girls’ bikes were found on a lakeside trail. Their bodies were discovered in wooded area in Bremer County about 20 miles away in December.

“Investigators stress that the person(s)n in the vehicle should not be considered a suspect or a ‘person of interest’ but that they may have information important to the investigation,” Smock said in a press release.

Anyone with information is asked to call the Evansdale police tip line at 232-6682, Cedar Valley Crime Stoppers at 1-855-300-TIPS or by email at ourmissingiowagirls@dps.state.ia.us.

A $150,000 award is available through Cedar Valley Crime Stoppers. The FBI also is involved in the case.

UPDATE(6/8/2013): On Friday night, fisherman on the Des Moines River near Boone discovered a body authorities believe is that of 15-year-old K…

Kent Smock has been named interim police chief of Evansdale. He is pictured in a 2007 file photo. (RICK CHASE / Courier Staff Photographer)