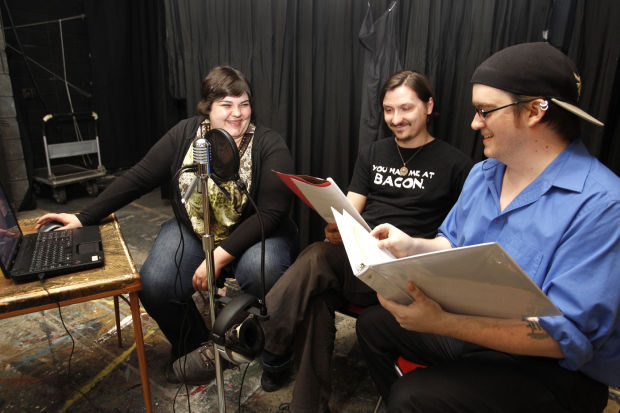 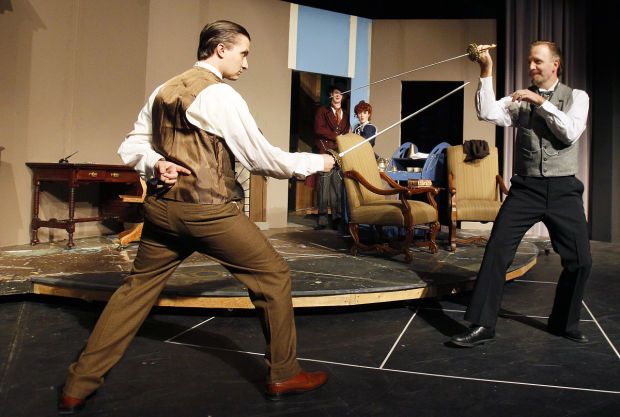 WATERLOO | For David Harnois, Sherlock Holmes was a dream role. It's also a role he's reluctant to relinquish.

Harnois was cast as the famous 19th-century detective in Waterloo Community Playhouse's production of "Sherlock Holmes and the Case of the Jersey Lilly" October last year. Although the run of that show concluded months ago, Harnois is just beginning to embrace the character. He is producing a series of audio adaptations of Sherlock Holmes stories with himself as the title character.

"He's the smartest guy in the room, which itself is its allure," Harnois said.

The collaboration is called "I am Lost Without My Boswell: A Sherlock Holmes Project." Harnois' goal is to produce all 60 of the original Arthur Conan Doyle-authored Sherlock Holmes stories as he can. He adapted a script from the short story "A Scandal in Bohemia" and cast the characters. Jens Petersen was cast as John Watson.

Harnois wanted somebody who could commit to the open-ended project as Watson. Petersen said he was glad to be asked to be a part of the project. Petersen said his parents read him some of the Sherlock Holmes adventures when he was younger.

"But I haven't quite reached the fanaticism David has," Petersen said.

The two have been friends for nearly 17 years and verbally jab each other in between recording takes.

"This is why they're a perfect Holmes and Watson," said Caitlin Hurban, assistant director on the project. Hurban is providing some voice work on the first story but her role is to coordinate with other actors and schedule production and recording times.

Petersen intends to play Watson as an intelligent and capable friend — not as a bumbling assistant as he is often depicted. Watson's character is essential not just because most of the stories are presented from his perspective, but he also engenders the more human aspects of Holmes' personality, Petersen and Harnois said.

"I believe the only time Holmes threatens anybody is when Watson is threatened," Harnois said.

"There's a lot of parallels in our friendship," Petersen said. "A lot of it comes through in how we deliver our lines."

Much of the recording so far has been done backstage at the Hope Martin Theater. Harnois is technical director at WCP. Petersen and Hurban are working on the upcoming production of "Garage Sale."

"It's a place to record and I know it'll be quiet," Harnois said.

Riley Germann is creating sound effects as sound designer. To give the stories more realism, Germann is recording live sounds where available. The steps leading to Holmes' Baker Street flat are the steps up to Germann's home. The door to the flat — Germann's bedroom door. Robert Espe is composing original music scores for the productions.

Harnois will make the adventures available for free online. He isn't sure if he'll build a website, blog site or put them on Soundcloud.com or a combination of those options.

"I don't have any aims to make money on this," he said.

In time he hopes the adventures will draw an international audience so that stories taking place on other continents can have more authenticity.

"I would like to find native speakers from where the stories take place when I can," he said.

"A Scandal in Bohemia" technically already has an international cast with Amanda Lynn Juhl, who lives in Canada, providing the voice of Irene Adler.

Harnois plans to produce the adventures in approximately the order they were written by Doyle. "A Scandal in Bohemia" was the first of the Holmes short stories but was written after a few full-length Sherlock Holmes novels. Harnois said the novels, which would be much larger and difficult productions, will likely come later.

"I didn't want to kill myself," he said.

The first story will likely be released early to mid-April. For more information and to find the episode online go to: I Am Lost Without My Boswell: A Sherlock Holmes Project on facebook.com.